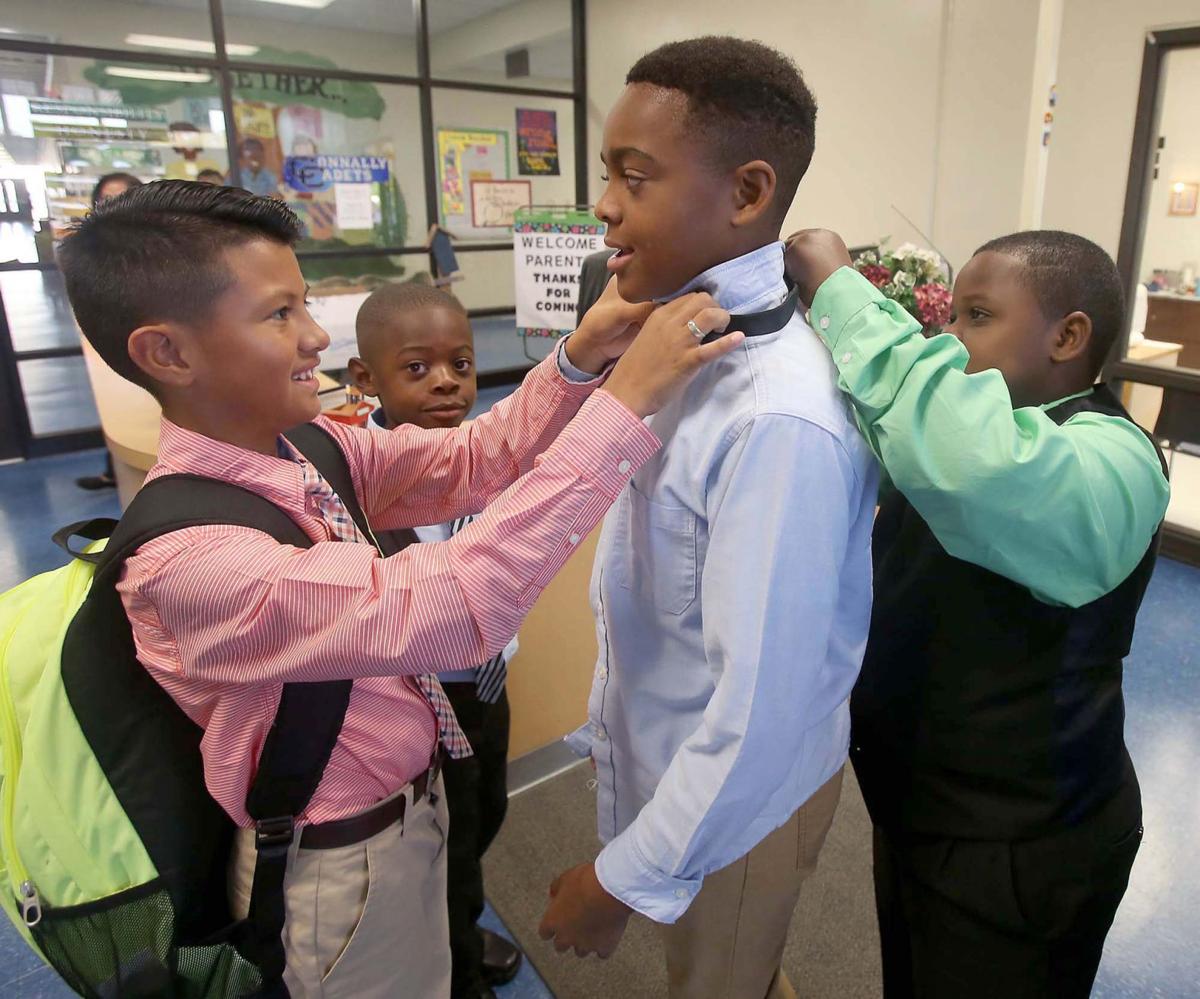 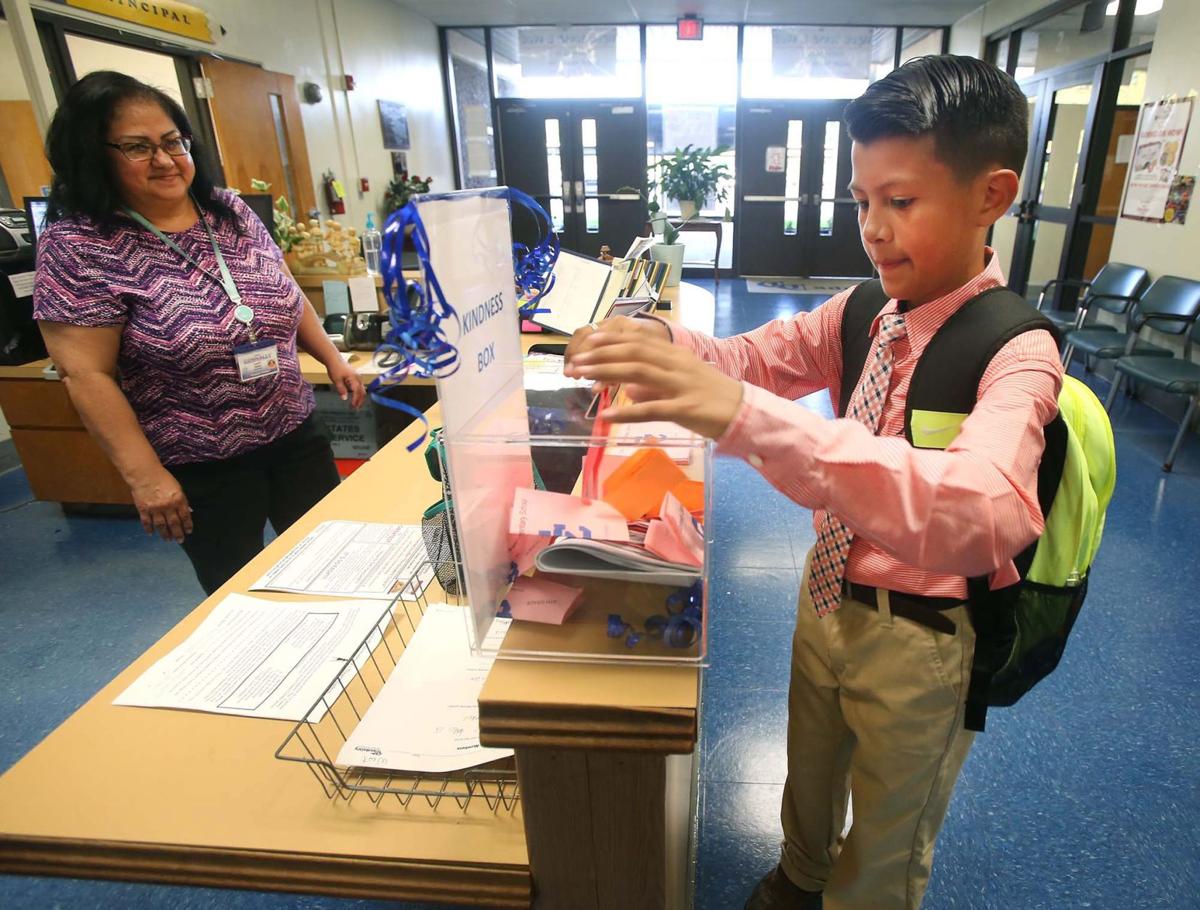 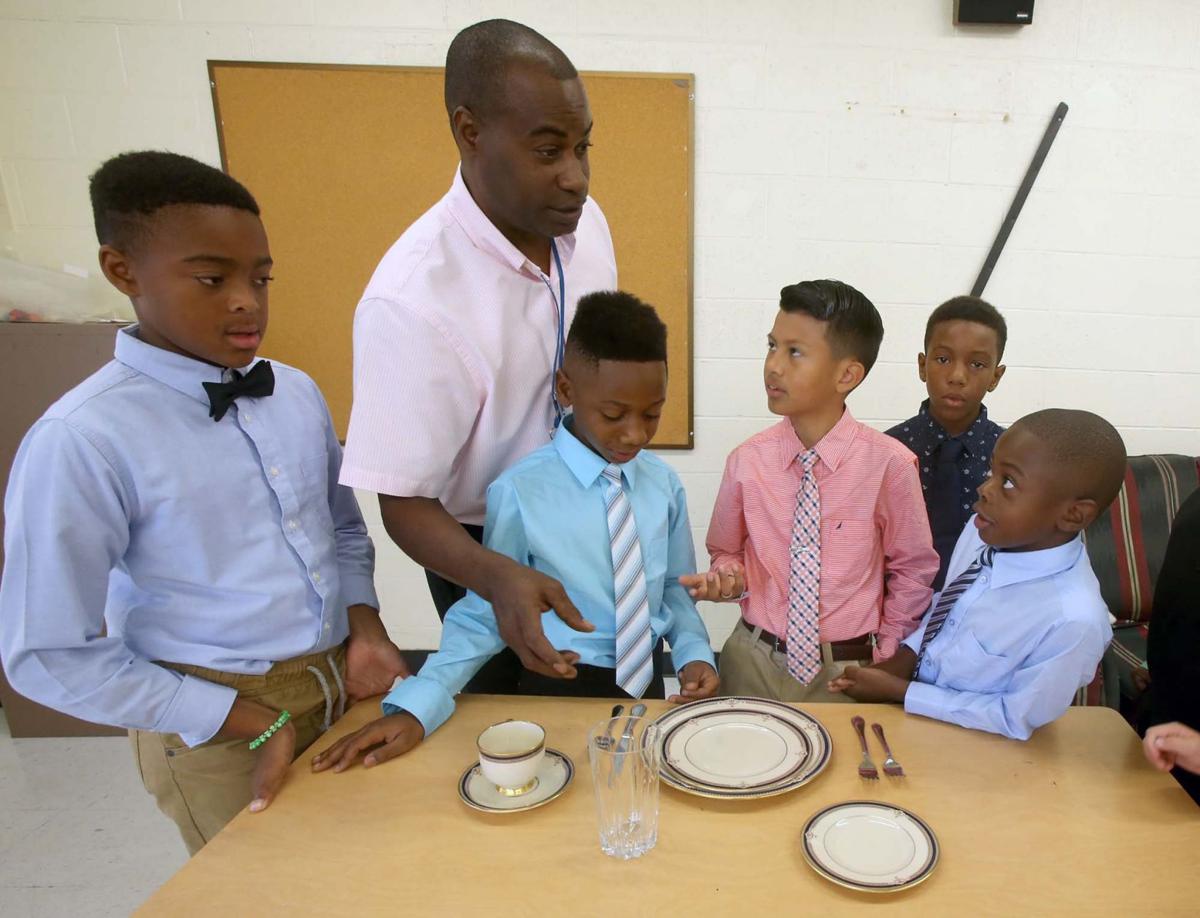 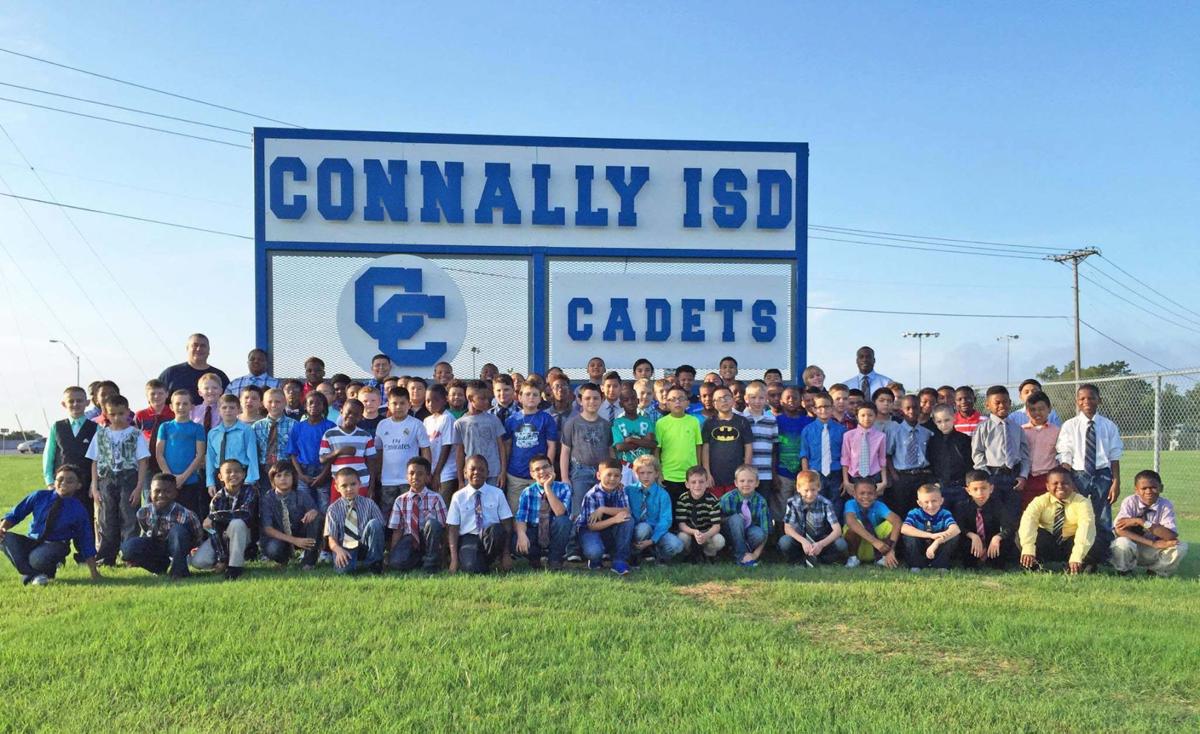 The Modern Gentlemen group, with more than 70 Connally Elementary School boys as members, pose as a group in front of the Connally ISD sign.

The Modern Gentlemen group, with more than 70 Connally Elementary School boys as members, pose as a group in front of the Connally ISD sign.

Wearing a suit and tie, Adam Ortiz looks down at his 7-year-old brother. Fridays have become special to the two elementary students. Ortiz looks forward to putting on his Sunday best and strutting the halls of his school, and he knows his mini-me is watching his every move.

“Every Friday, he says, ‘I want to dress up. Is there a game?’ I’ll say ‘yes,’ and he’ll ask what color I’m wearing, then wear the same color,” Ortiz said.

That dapper outfit is not what a typical 10-year-old boy might wear, but he said he knows mimicking may be the sincerest form of flattery as he and his classmates try to set a standard of leadership at Connally Elementary School, he said.

“I like that we’re being role models for other kids,” Ortiz said. “I like people to follow my example. I like it because everybody can see how much of a gentleman we are and how we like to dress, so if they want to be gentlemen, they know how to dress.”

Since the first day of school, about 75 boys have participated in Connally Independent School District’s first Modern Gentlemen group. The boys — who meet every Tuesday morning and for every Friday night home football game — are learning that being a gentleman is more than just sporting dress shirts and neckties, giving firm handshakes and saying “yes, ma’am, no, ma’am,” or “yes, sir, no, sir.”

With the help of the school’s behavior specialist Samuel Clayton, the boys are learning the importance of showing chivalry and respect, no matter where they are, and they’re making an impression on the adults and older students around them.

Clayton has been a behavioral specialist at the campus for three years, and has more than 20 years of experience working with children. With the approval of the principal, he formed the group to make sure the students have a positive role model to follow, he said.

The group, made of all elementary grade levels, is voluntary and focuses on academic growth through integrity, respect and kindness. Any boy can join, and those who want to participate get approval with a signed permission slip from their parents, agreeing their sons can be a Modern Gentleman if they follow the code of a gentleman: no fighting, no rudeness, no profanity, Clayton said.

If they don’t, the student may have to sit out a couple of Modern Gentlemen school activities and earn his way back to those with gentlemanlike behavior, he said.

On Tuesdays, during the first few weeks of school, the group’s meeting lasts about 15 to 20 minutes, and the boys have learned how to tie ties, proper table manners, looking at a person directly when you’re talking to them, being honest and using integrity. In the next couple of weeks, the boys will start an etiquette class, Clayton said.

“Research shows 75 percent of job success comes from these types of soft skills: being able to work with other people, being optimistic, having a respectful attitude toward others,” Principal Gina Pasisis said. “And 25 percent comes from academic success. As educators, it behooves us to teach these social skills, and I am finding already that our number of disciplinary referrals are lower because we are working on those skills. We’re trying to be proactive instead of just reactive.”

Clayton, who handles the referrals, confirmed what Pasisis said. Last year, he would typically see about 10 to 12 students a day with behavioral issues. This year, that number has averaged three to four, he said. The boys are always opening up doors for others, being quiet when asked and even volunteering to do community service work around campus by cleaning up the cafeteria after meals.

“We hadn’t really talked about that, but the boys are doing things on their own that are gentlemenlike,” Clayton said. “A lot of this stuff, I’m not even telling the boys to do it. They’re picking it up on their own. It’s a blessing in disguise because it’s helping us in a whole lot of ways we didn’t think about.”

The group has even inspired a campuswide kindness box, Pasisis said. The box sits at the front office, and students are encouraged to write a thank-you note about another student who did something kind for them throughout the day.

Those notes are then read aloud by the principal in the cafeteria to recognize good behavior, she said. Quite often, those notes come from the Modern Gentlemen, she said.

The boys don’t dress up in a button-down shirt every day. That’s reserved for Fridays, especially home football game nights, the Modern Gentlemen said. For 10-year-old Lazavier Amos, those home games are a chance for him to show his heroes that he is paying attention to their actions, he said.

“I look up to the football players, because when I grow up I want to be a national football player and be a running back like I am now,” Amos said. “You have to be a leader to do that. The Modern Gentlemen group has taught me a lot of things I didn’t know before.”

At each home game, the boys dress up, sit together, go to concession stands together and cheer together, Clayton said.

The first game, only 25 boys showed up. The second game, all 75 did. That’s when other adults started asking questions about why such nicely dressed boys were attending football games and weren’t being rowdy, Clayton said. Clayton wasn’t the one to explain.

Instead, the boys piped up, and men who were paying attention showed up to the next game to sit beside them, wearing dress shirts and ties to show support. The football players who noticed began making it a tradition to tie the boys’ ties before every game, Clayton said.

“When we can get grown-ups to do what we’re doing, that says a lot,” Clayton said.

The girls at Connally Elementary won’t be left out, though, Pasisis said. The school has also recently started a voluntary etiquette group for the young women called the Classy Cadets, named after the district’s Cadet mascot. They may not do some of the same things, but they will learn how to dress respectfully and treat others with kindness as well, including lessons about gossiping and table etiquette.

Soon, the group may even host its first tea party to help teach the girls how to act in a formal setting, Pasisis said.