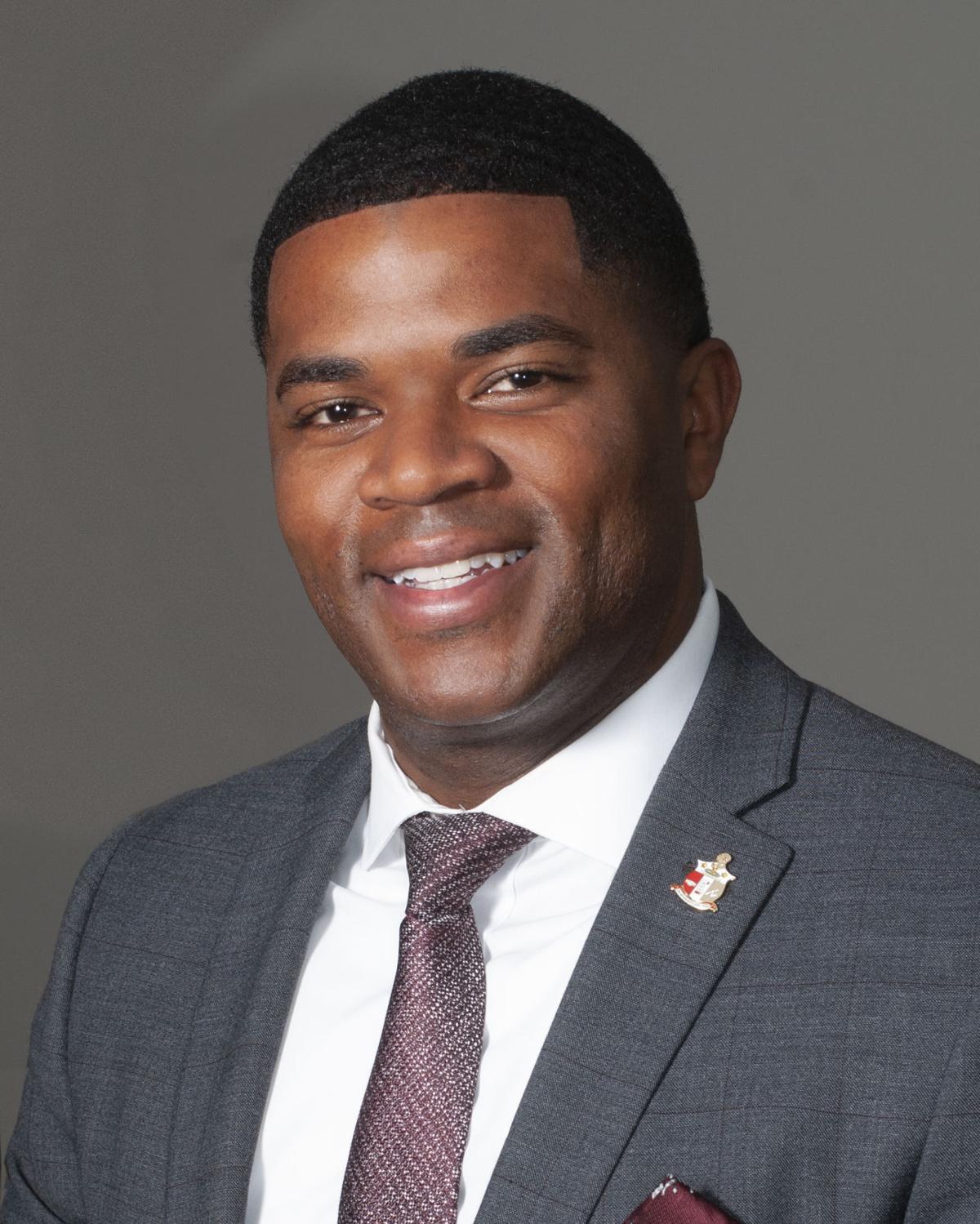 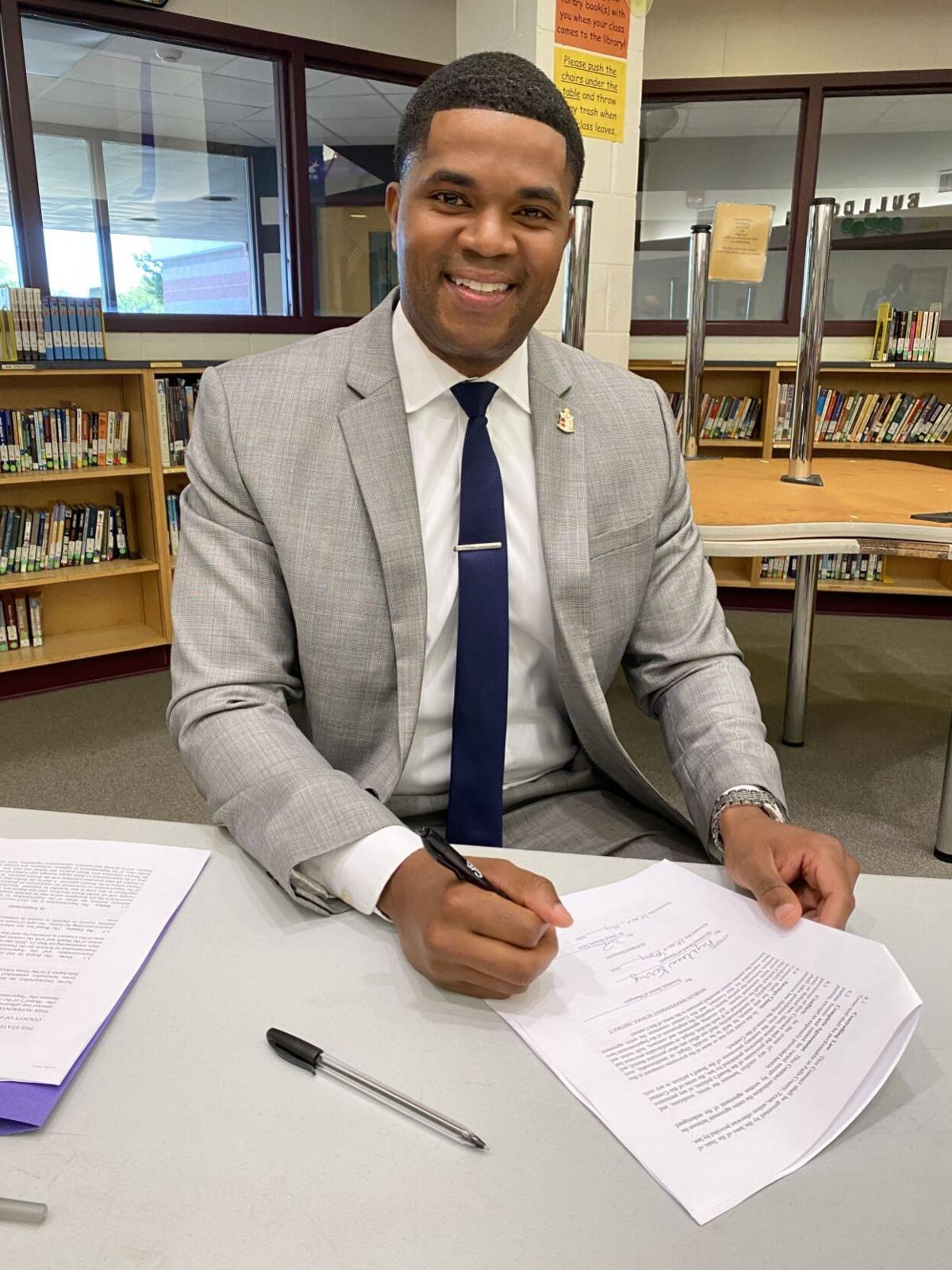 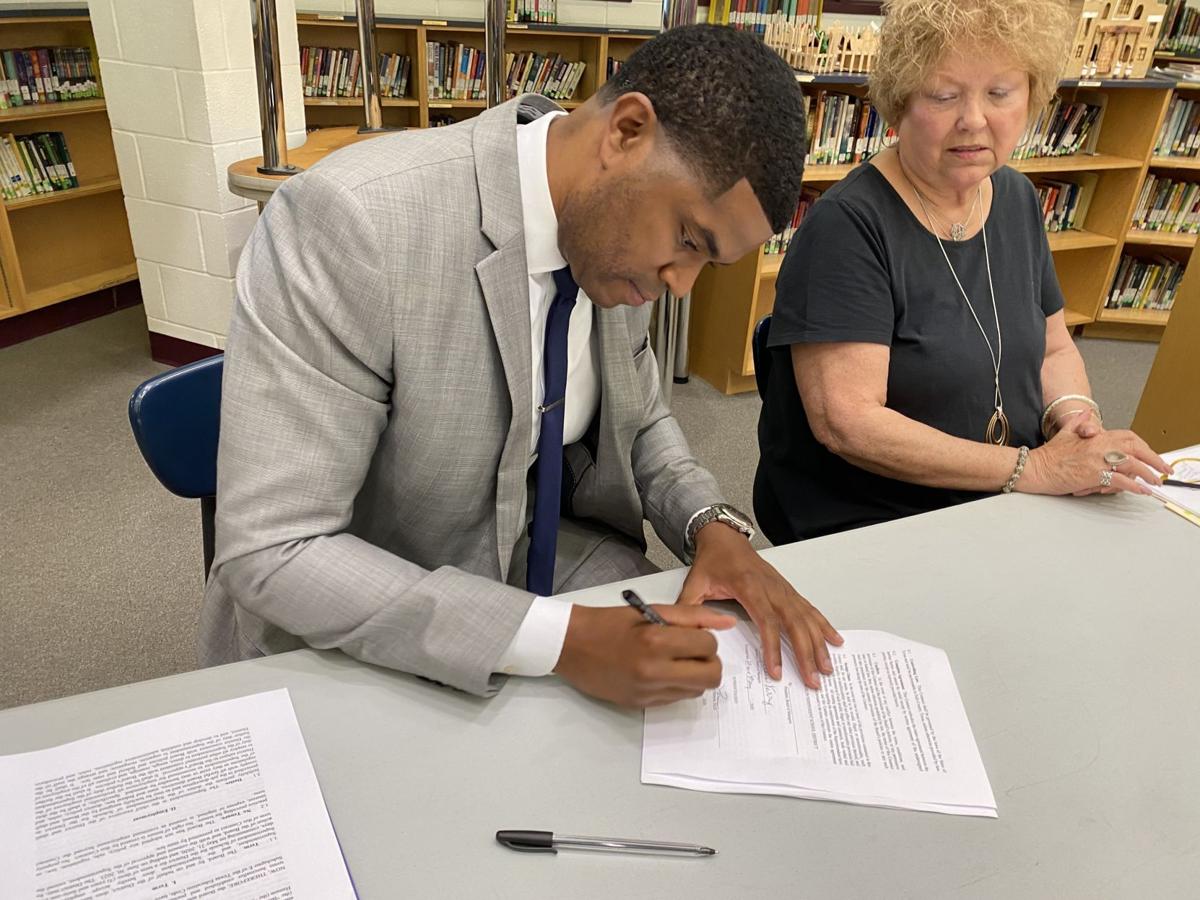 New Marlin Independent School District Superintendent Darryl Henson listened to the Marlin High School valedictorian and salutatorian speak at graduation about how they felt embarrassed at times to be from Marlin ISD, which has struggled longer than any district in Texas to meet state academic standards.

For Henson, that was enough.

“It hurt my heart,” he said. “That will be the last time in which I hear that. We have to make sure every person who graduates from Marlin ISD is proud to be from Marlin, and that starts with providing them with a great education.”

The Marlin ISD state-appointed board of managers hired Henson at a meeting May 20. He signed his contract the same day and immediately got to work in the district of roughly 900 students.

Henson most recently served as assistant superintendent of school leadership at Cedar Hill Independent School District, a district of about 7,790 students roughly 15 miles southwest of downtown Dallas. He had been in that position since 2018.

Henson replaces Jean Bahney, a state appointee who has been serving as interim superintendent since August. After former Superintendent Michael Seabolt resigned Aug. 8, state Education Commissioner Mike Morath appointed Bahney to serve as superintendent for no longer than this past school year, according to an Aug. 26 letter to the board and school district.

Seabolt resigned two months after the district’s state-appointed board of managers suspended him and launched a district-level investigation into his performance at the direction of Bahney, the state-appointed conservator at the time. The Texas Education Agency also investigated allegations against Seabolt but closed the case without any action against him.

Before COVID-19 hit Texas, Marlin ISD and TEA held an informal review of the agency’s decision to revoke the school district’s accreditation for the 2018-19 school year. No decision has been made yet.

A TEA spokesperson said the agency is still monitoring Marlin ISD based on student academic concerns and that the state-appointed conservator and board of managers would remain in place for the time being.

A native of Houston, Henson also has served as principal of North Forest High School in the Houston Independent School District and principal of Parkland High School in El Paso’s Ysleta Independent School District. During his time at Parkland High School, the school was part of 1.19% of Texas schools to earn all academic distinctions possible, he said. He also has worked as a classroom teacher, coach and principal in the Austin, Houston and El Paso regions.

Henson’s work at North Forest High School is notable because the North Forest school district was absorbed into Houston ISD in 2013 at the state’s direction because of chronic financial and academic problems. He has experience working with TEA when it intervenes in a school district.

In the aftermath of Hurricane Harvey, Henson led the efforts to guide North Forest High School in earning the “highest student progress measure of all Achieve 180” high schools in Houston ISD. Launched in the 2017-18 school year, Achieve 180 is a Houston ISD research-based action plan to support and empower underserved and underperforming students in 36 Houston ISD feeder schools, according to the Houston ISD website.

In Cedar Hill, Henson developed his skills at coaching and supporting principals in his assistant superintendent position. In one year, the school district improved its rating from a C to a B, according to TEA’s website TXSchools.gov.

It is this experience in transforming schools and working with educators that Henson believes gives him the ability to help turn around Marlin ISD. The fact that Marlin ISD has had the lowest state academic rating longer than any other Texas school district did not deter him. It motivated him.

“There’s a need in this community for great education and for great leadership,” he said. “What attracted me to Marlin was the fact that I would be able to come down here and develop a team and build community to really give these students and these teachers what they need and what they deserve to be successful.”

Asked if he would be willing to work with teachers and other staff who were fired or departed the school district due to controversy with the previous administration, Henson said he absolutely would work with anyone who wants to be in Marlin.

“The most important thing whenever we think about working in a school system like Marlin is you have to have educators who want to be here. Marlin is more than a job. Marlin is a calling for many,” he said. “I am more than open in wanting to work with educators who want to be within this school district because if I know that you have a heart for children and you have a heart for Marlin ISD, then as a leadership team we’ll be able to do the easy part of building that teacher capacity within you.”

But Henson acknowledged the tone is set at the top, with him. He plans to visit campuses daily so students understand who he is and why he came to Marlin, to show them that “I model and walk the vision of excellence” — the same vision he has for them.

His “big rocks” that he plans to develop soon include improving the quality of instruction in Marlin schools, the “campus curb appeal” of each school, the culture of the district and the mindset. Henson said there must be a culture of learning and support for both students and educators, and that everyone in the district must be open to new ideas and innovative options for making Marlin schools better.

“We can’t just pray for success. It’s about turning potential into performance,” he said. “If Marlin doesn’t get turned around, we’re setting up these children to be permanent second-class citizens. That to me is a killer. We cannot have these children be pushed out to society and be pushed out into the world and not have the skill sets to thrive and survive. That’s going to depend on the education we provide them.”

In October 2015, Marlin ISD received a notice from the TEA, announcing it would close the district in July 2016 if the administration did not show significant improvement in student academic performance after failing state standards for four years in a row, according to Tribune-Herald archives.

The district failed state academic standards again in 2016, but the TEA agreed to allow Marlin ISD to continue operating under an abatement agreement. In February 2017, Morath, the state education commissioner, appointed a board of managers to replace the elected board of trustees. Morath also appointed Seabolt, who had been hired in summer 2015, to continue serving as the superintendent.

In January 2019, Morath extended the appointment of the board of managers for another two years, citing a “lack of improvement” at the district. In February 2019, he appointed Bahney as conservator.

Marlin ISD has failed state academic standards since 2011, longer than any other Texas school district, but has continued operating under abatement agreements with the TEA.