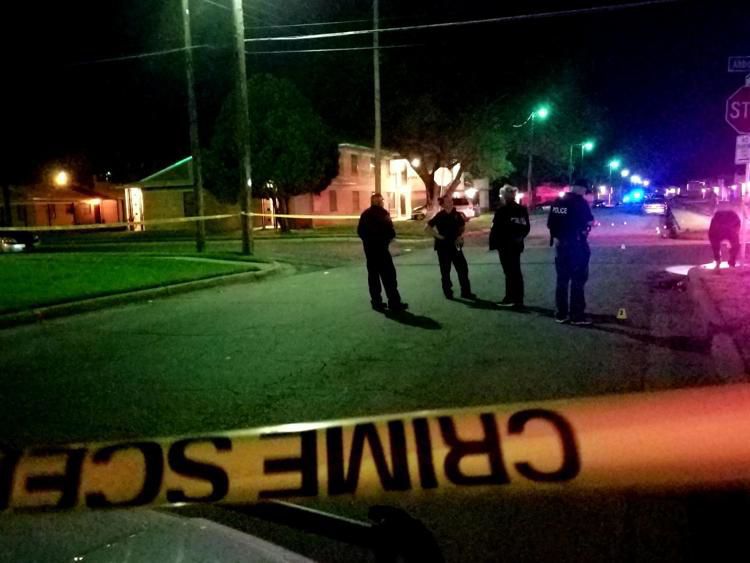 Police investigate a shooting at Estella Maxey Apartment on April 14 before a Waco police detective was shot at near Bellmead. Three people, including a juvenile, were arrested in connection to the shooting Wednesday. 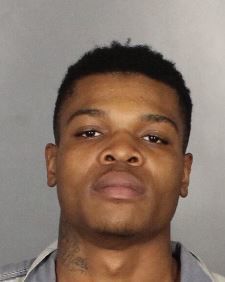 Two suspects, ages 16 and 20, were charged Wednesday with aggravated assault of a public servant after they were accused of shooting an AK-47 at a detective who was pursuing them after a gunfire incident on April 14.

Police served the first-degree felony warrants on the 20-year-old Wilford Carpenter and on the teen, who has not been named because he is a juvenile. Both were already in custody on other charges.

Jaquan Davis, 21, was also charged with third-degree felony tampering with physical evidence in connection with the shooting.

The series of events began with a group fight that was reported around 7:30 p.m. on April 14 at the Estella Maxey Apartments, 1809 J.J. Flewellen Road, Waco police Officer Garen Bynum said.

As patrol officers approached the area, gunshots were heard near the intersection of Abbott and Delano streets and a Jeep was seen leaving the area.

Guns were fired at the apartment complex but no one was injured and the gathering quickly broke up, police said.

A veteran police detective who was in the area spotted a Jeep that matched the description and followed it into Bellmead. Carpenter and the teenager, riding in the car, began shooting at the pursuing police car, police said.

“They knowingly began firing an AK-47 at the detective,” Bynum said.

Police declined to release the name of the detective Wednesday.

The detective was not hit by gunfire, but his vehicle was shot, police reported. The suspects fled from the officer as a large search with multiple police agencies was conducted.

Bynum said police are searching for another suspect believed to be tied to the shooting.

Police say a series of shootings that erupted in March throughout Waco stemmed from conflicts among groups, or “cliques,” primarily in East and North Waco. Earlier this month, seven suspects were arrested for various shootings.

The 16-year-old suspect was arrested two days after the Estella Maxey shooting on unrelated charges, including a juvenile parole warrant, authorities said. He was also found to be in possession of a stolen handgun when he was detained, leading to another felony charge of theft of a firearm and an unlawful carrying of a weapon charge, Bynum said.

Michael Glenn Fletcher, 20, was also charged in the shooting that injured the woman, police reported. Court documents state several rounds were fired into a home in the 500 block of Turner Street while additional shooting in the area happened that same night.

Carpenter was arrested April 25 by Texas Department of Public Safety troopers on several felony charges, including a first-degree felony charge of aggravated assault with a deadly weapon and third-degree felony charges of evading arrest, kidnapping, and unlawful carry of a weapon, among other charges. He remained in custody Wednesday night.

Davis was arrested in Tarrant County on Wednesday for the local warrant, police said.

Waco police have identified several people arrested on charges related to a series of shootings that started in early March.