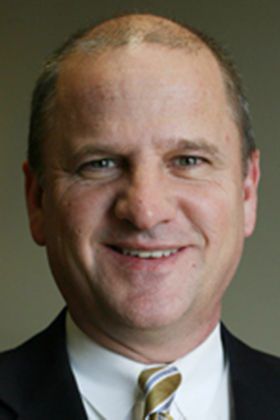 A Waco attorney will not be sanctioned by the State Bar of Texas on a complaint that he failed to properly inform opposing counsel in a pending lawsuit that he represented the federal judge hearing the case.

In a letter dated Sept. 16, Rebecca Stevens, assistant disciplinary counsel for the State Bar of Texas, informs New York attorney Ty Clevenger that his complaint against Waco attorney Greg White has been dismissed.

“The office of chief disciplinary counsel has fully investigated your complaint and determined that professional misconduct cannot be established,” the letter states.

The letter goes on to say that the disciplinary proceeding against White, which the letter says is “strictly confidential,” has been dismissed by the Commission for Lawyer Discipline.

White, who also is a legal writing lecturer at Baylor Law School, did not return phone messages Tuesday.

Clevenger, who faces potential disciplinary action of his own next month in Washington, D.C., filed the State Bar grievance against White and also filed sexual misconduct and conflict-of-interest complaints against former U.S. District Judge Walter S. Smith Jr., of Waco, in 2014 that led to Smith’s reprimand by the 5th U.S. Circuit Court of Appeals.

White represented Smith against Clevenger’s complaint to the 5th Circuit. That, in turn, led to Clevenger’s bar grievance against White. Clevenger alleged White failed to disclose his attorney-client relationship with the judge to lawyers on the other side of a case from White in Smith’s court.

Clevenger has since filed a supplemental complaint that claims Smith may have received free legal services from White while White had cases pending in Smith’s court.

White responded to the State Bar allegations made by Clevenger, and Clevenger made White’s responses public.

Clevenger said Tuesday he was “disgusted but not surprised” that the state bar dismissed his complaint.

“I already knew that the State Bar’s disciplinary system was politically tainted and downright corrupt, and this is just another example. If you’re a lawyer in Texas with the right political connections, you can get away with almost anything,” Clevenger said.

“Judge Smith and Greg White both admitted that they had an attorney-client relationship and failed to disclose it as the law required, and the Fifth Circuit Judicial Council had already reprimanded Judge Smith for concealing that relationship. So if it’s grounds for disciplining the judge, why not the attorney? It takes two to tango.”

White’s response to the allegations acknowledged that an attorney from Florida who was unhappy with Smith’s rulings in the case questioned White about his relationship with the judge. White told him he was representing the judge, and the attorney immediately filed a motion to recuse Smith from the case, which Smith granted.

“Frankly, I had assumed three things,” White wrote in his answer. “First, I thought my role was so limited that my representation made no difference to anyone. Second, I though that Tammy (Hooks, Smith’s career law clerk) was calling people in my cases (to inform opposing parties of White and Smith’s attorney-client relationship). Third, I knew that I was bound by confidentiality — both by rule, and by my client’s instruction — not to volunteer that Judge Smith was the subject of a judicial conduct complaint or that I was his lawyer.”

In its reprimand of Smith, the Judicial Council of the 5th U.S. Circuit Court of Appeals found that the judge did not follow appropriate procedures regarding his recusal from the case involving White.

The judicial council reprimanded Smith in December, finding he made “inappropriate and unwanted physical and nonphysical advances” toward a female courthouse staff member in his court chambers in 1998.

Clevenger included with his complaint a sworn deposition from the woman, who no longer lives in Waco, in which she detailed her unnerving experience with the judge and how it forced her to leave her job at the federal courthouse.

The council also suspended Smith for one year from hearing any new criminal or civil cases filed after Dec. 3, ruling that his conduct “was in contravention of existing standards of behavior for federal judges.”

The Judicial Council also said Smith “does not understand the gravity of such inappropriate behavior and the serious effect that it has on the operations of the courts.”

“The Judicial Council also finds that Judge Smith allowed false factual assertions to be made in response to the complaint, which, together with the lateness of his admissions, contributed greatly to the duration and cost of the investigation,” the order, signed by 5th Circuit Chief Judge Carl E. Stewart, said.

The council said Smith’s actions did not warrant a recommendation of impeachment. Clevenger appealed that decision to the Administrative Office of United States Courts in Washington, D.C., which has since ordered the 5th Circuit to reopen the investigation of Smith because the first probe failed to address certain issues raised in Clevenger’s complaints, including allegations Smith acted inappropriately with other women in his chambers.

The results of the renewed investigation and the 5th Circuit response are pending.

After Clevenger alleged that White represented Smith for free, Smith showed lawyers a copy of a canceled check that he said is proof he paid White $10,000 to represent him on the 5th Circuit complaints.

‘Showed me the check’

“The judge showed me the check because he knows that one of the accusations is that Greg White was doing something for him and wasn’t getting paid for it to curry favor of the court, and he wanted to show me that not only it wasn’t true, he had a copy of the canceled check,” Waco attorney Russ Hunt has said. “So I don’t have any doubt that Walter is telling the truth when he says, ‘Hey, I paid him $10,000,’ and I do not doubt Greg’s word. Greg is a man of his word.”

In a letter dated Jan. 27 from White to his attorney and submitted as an exhibit in White’s response to the State Bar, White said an attorney who formerly served as Smith’s law clerk called him and said the judge wanted to speak to him about Clevenger’s federal complaint.

White wrote that Smith was concerned about the accusations being made public and asked White to file a motion to dismiss the complaint.

“I must say that I was not sure whether I was writing as Judge Smith’s lawyer, or whether I was ghost-writing for Judge Smith,” White wrote in his memo. “I am sure I had an attorney-client relationship but unsure how formal my representation would be.”

White prepared a draft and said the judge asked him to sign the motion as his attorney.

“One statement in the motion to dismiss bears mention,” White’s memo says. “After talking to Judge Smith, I was under the impression that he believed that the young lady involved might have acted in a way to suggest her willingness to participate in a personal relationship — that she was the aggressor.

“I wrote that in the motion to dismiss — characterizing it as Judge Smith’s ‘memory.’ His memory came from a lawyer-friend of Judge Smith’s while Judge Smith’s divorce was pending. During the divorce, there were apparently ‘threats’ to make this woman’s complaint a public matter,” White’s memo says.

The lawyer, whom White does not identify, suggested that they could respond to the threatened publicity by suggesting that the woman approached the judge romantically in an attempt to gain favorable treatment for her husband, who was part of a group considering litigation in Smith’s court.

“That suggestion to Judge Smith (from his lawyer-friend) stuck with him, and he suggested it to me,” White wrote.

“After the motion to dismiss was filed, a more careful examination of the docket” revealed the suggestion that the woman approached the judge in such a manner to help her husband was not true, since the lawsuit involving her husband was not filed until long after the incident in Smith’s chambers.

“I acknowledged to the investigator that we had misstated that and wished to correct it,” White’s memo says.

Clevenger currently is under fire from a Washington, D.C., judge, who sanctioned Clevenger $120,000 in December, sparking other pending disciplinary actions that have been postponed until next month.

Smith sanctioned Clevenger and fined him $25,000 for filing what Smith called a frivolous lawsuit in his court seven years ago.