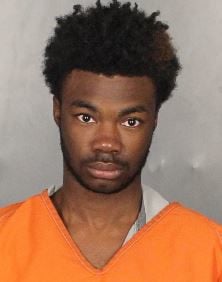 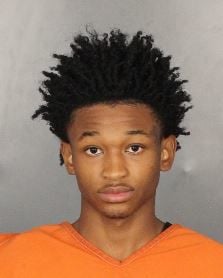 A second teenager was arrested Tuesday on a capital murder charge in the slaying of a 17-year-old during what police called a gang-related robbery in South Waco.

Daezion Watkins, 18, of Waco, was arrested on a capital murder warrant in the fatal Sept. 10 shooting of Aquarius Tyrone McPhaul, 17, a McLennan County Challenge Academy student. Watkins is the second suspect in McPhaul’s death to be named in an arrest warrant.

A family member was bringing Watkins to the Waco Police Department on Tuesday so he could turn himself in on the warrant, Waco police Sgt. W. Patrick Swanton said. As they neared the department, Watkins jumped out of the car and ran, he said.

With the help of patrol officers, detectives and police dogs, Watkins was found hiding in a backyard in the 3100 block of Edna Street.

Elijah Jamal Craven, 17, of Waco, was arrested last month after police accused him of trying to rob McPhaul, who had been recently kicked out of a gang and was unable to pay the gang back for “ICE” that he was accused of using instead of selling, according to warrants.

According to an arrest affidavit issued for Watkins, Watkins was riding as a passenger in a stolen Toyota pickup truck when Craven picked McPhaul up from a local motel on the day of his death. Watkins “handed Elijah Craven the handgun used in both the aggravated robbery and later the murder, making this a capital murder, of Aquarius McPhaul,” the affidavit states.

If convicted on the charge of capital murder, Craven and Watkins can face either a life sentence without parole or the death penalty.

McPhaul’s body was found lying in the street in the 2900 block of South Fourth Street near Oakwood Cemetery after neighbors reported hearing gunfire. McPhaul was shot several times.

According to a search warrant connected to Craven’s arrest, Craven had ties to a local Waco gang or clique, variously known as “200,” “Savages,” “Demons,” and “Tal6an.” McPhaul had been kicked out of the gang, leading Craven and Watkins to plan a robbery of McPhaul that led to the murder, according to the warrant.

Watkins remained in McLennan County Jail on Wednesday morning on a capital murder charge and a Class A misdemeanor charge of evading arrest. Bond is listed at $505,000.

A Waco teenager was arrested Tuesday on a capital murder charge after he killed another teen in a botched gang-related robbery in September, a…