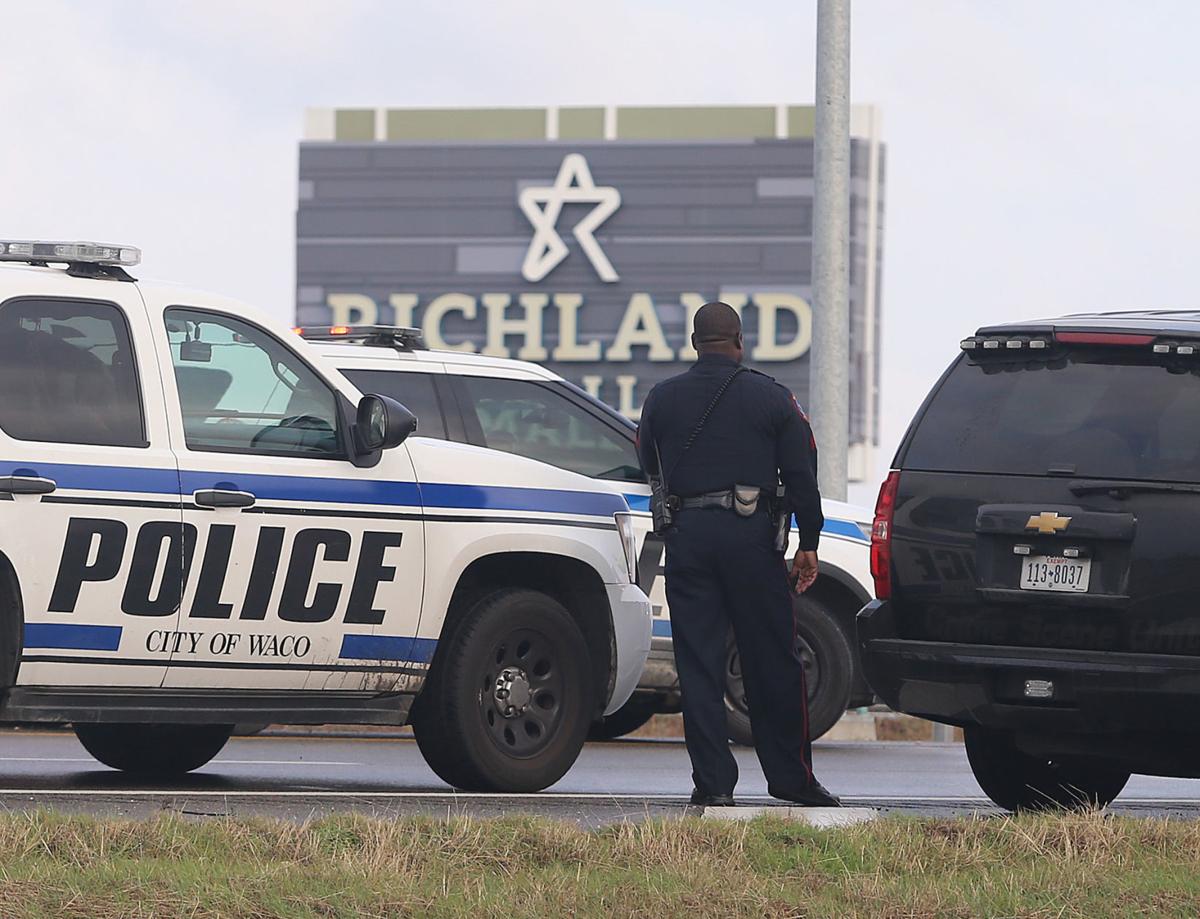 Waco police investigate after a man was hit by an 18-wheeler on southbound Highway 6, near Richland Mall, on Friday afternoon. 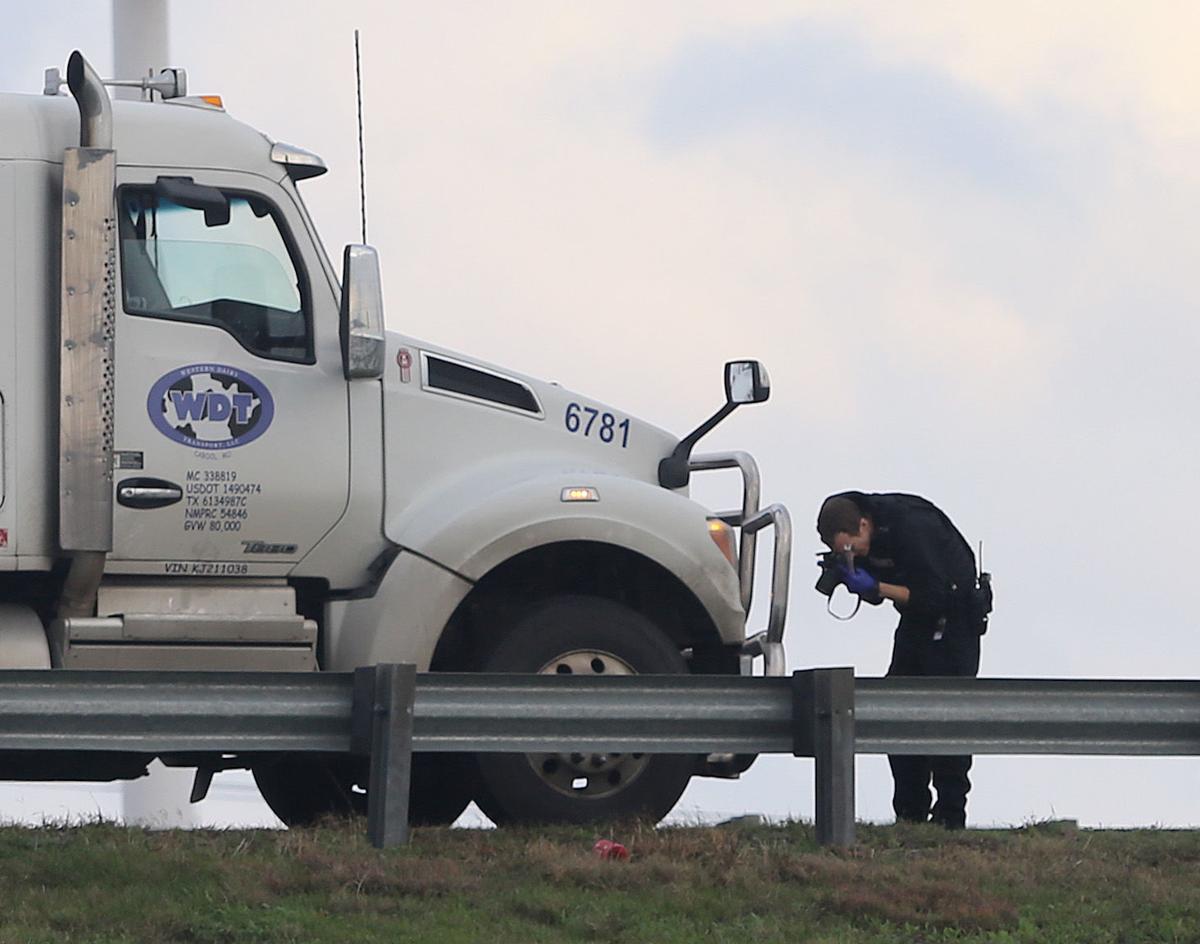 A Waco police crime scene technician takes photos of the front of the 18-wheeler that reportedly hit and killed a man walking on Highway 6 on Friday afternoon.

Waco police investigate after a man was hit by an 18-wheeler on southbound Highway 6, near Richland Mall, on Friday afternoon.

A Waco police crime scene technician takes photos of the front of the 18-wheeler that reportedly hit and killed a man walking on Highway 6 on Friday afternoon.

A pedestrian was hit and killed by an 18-wheeler traveling south on Highway 6 near its interchange with Highway 84 on Friday afternoon, Waco police Sgt. Lester Padgett said.

Police responded at about 3 p.m., Padgett said. Justice of the Peace Dianne Hensley pronounced the man dead at the scene. No autopsy was ordered.

More information will be released once he is identified and family is notified, Sgt. W. Patrick Swanton said.

A heavy police presence halted southbound traffic after the incident, forcing drivers to exit the highway. The 18-wheeler came to a stop south of the intersection, where crime scene technicians documented the truck and officers spoke to the driver.

The man had been walking south on the highway, but it was not immediately known if he was trying to cross the highway or stepped out into traffic, authorities said.

A 24-year-old man was identified Tuesday as the pedestrian struck and killed by an 18-wheeler on Highway 6 last week, Waco police Sgt. W. Patr…