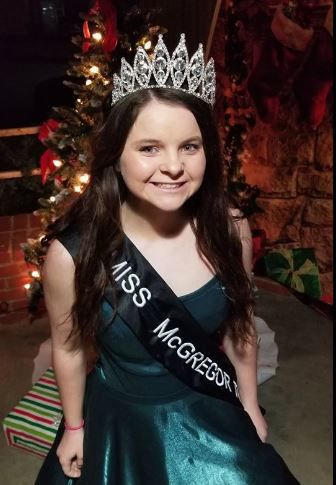 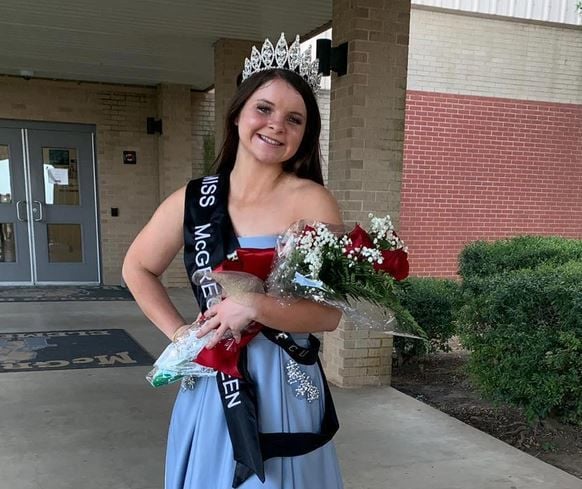 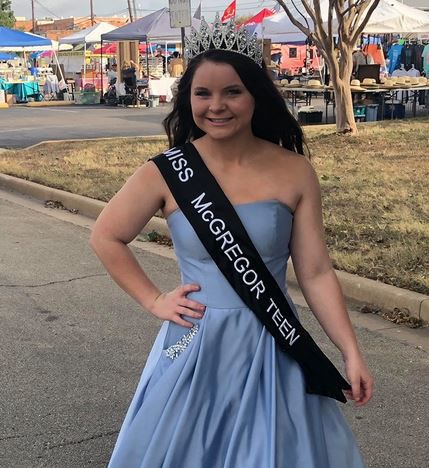 “Cordelia always had a smile on her face. She will be greatly missed,” Lenamon stated. “We offer condolences to the Sloan family.”

Texas Department of Public Safety troopers were called to the crash, near the intersection of Highway 84 and County Road 185, at about 8:41 p.m., on Sunday. DPS Sgt. Bryan Washko said troopers found a 2009 Chevrolet Cobalt and a 2017 Ford F-350 crashed at the scene.

Washko said the driver of the Ford, a 33-year-old man from Evant, was traveling west on Highway 84. The juvenile driver of the Cobalt, traveling south on County Road 185, disregarded a posted stop sign and crossed into the path of the truck, he said.

The driver of the truck was taken to Coryell Memorial Hospital in Gatesville for treatment of non life-threatening injuries. He was later treated and released, Washko said.

Organizers with the Miss McGregor Founders Day posted a statement on Facebook on Monday. The group offered its condolences.

“Our organization lost a precious soul last night,” the Facebook post read. “Miss McGregor Teen 2019, Cordelia Sloan will be greatly missed. Our hearts, thoughts and prayers go out to her family, friends and community at this time of loss.”