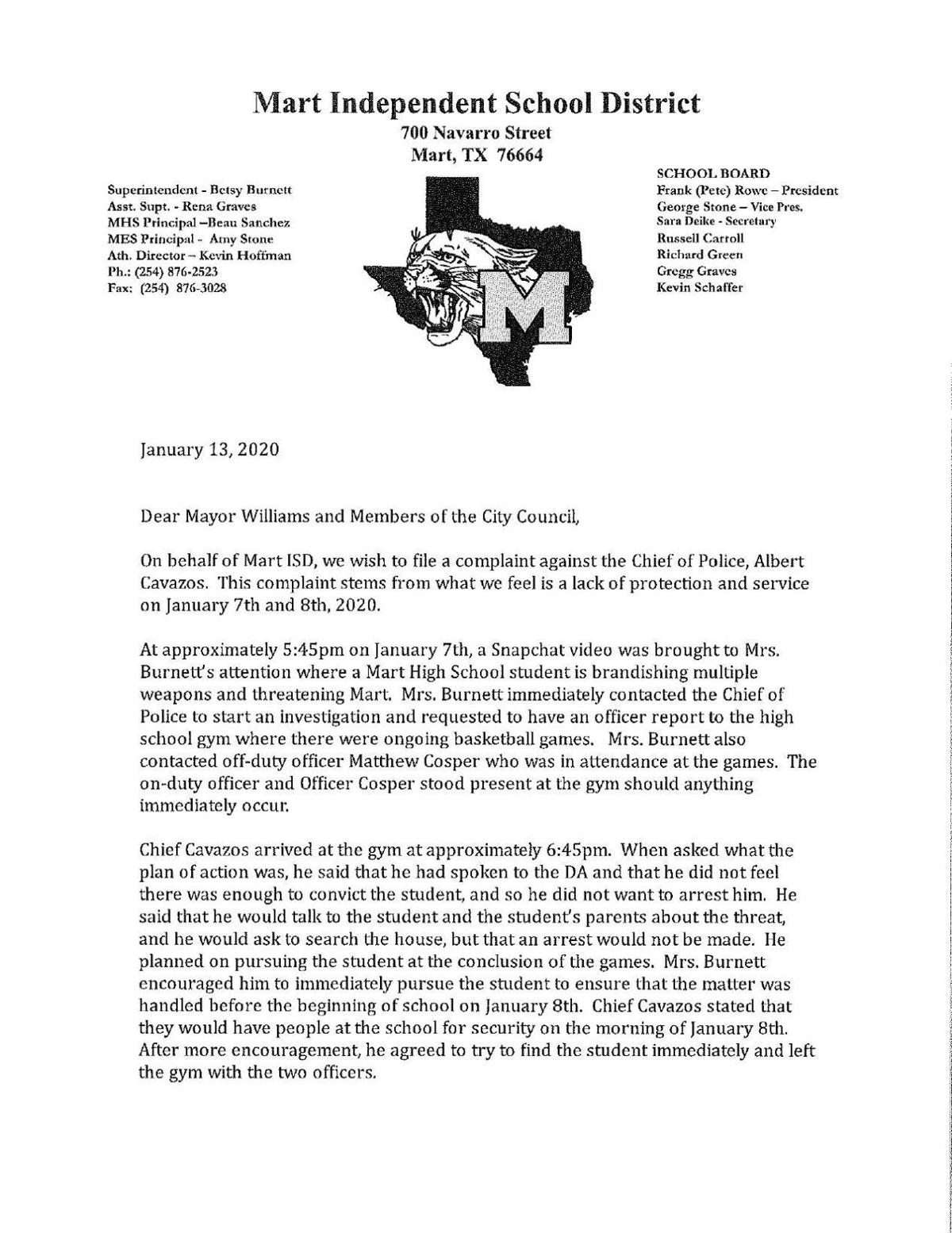 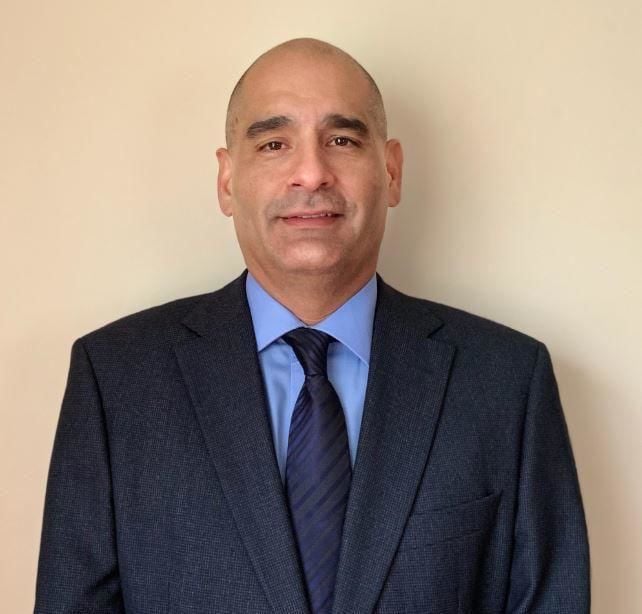 Five of the seven school board members signed the letter of complaint Monday during a special school board meeting called to discuss a threat made against Mart schools on Jan. 7. The student accused of making the threat, Jerry Donald Shepherd, 18, was arrested Jan. 8, more than 24 hours after school officials reported the threat, the letter states. School officials complained that police failed to show up to guard the school during the day Jan. 8.

The three-page letter outlines the time of the events and states the school felt “unsupported” by the Mart Police Department, namely Cavazos.

“We feel that communication between the chief of police and the school district officials was contradicting,” the letter states. “First and foremost our duty is to protect our students. There are certain things that we can and want to do that must be set in motion by law enforcement.”

In a video posted the afternoon of Jan. 7, Shepherd points a handgun, then an assault rifle at the camera, with text threatening retaliation for being removed from school athletic and band programs, officials have said.

When Cavazos showed up at the gym, Burnett asked him what he planned to do about the threat.

Cavazos reportedly said that he had spoken to the district attorney about the case and did not believe he had enough evidence to arrest and convict the student. But he said Mart police could provide patrols the following day at Mart schools as a precaution.

Led away in handcuffs

After Cavazos left, Shepherd himself showed up at the game, and Burnett called Cavazos back, according to the letter. Burnett then talked to Shepherd, delaying him until Cavazos came back around 6:45 p.m. and led Shepherd away in handcuffs, the letter states.

But Cavazos merely took the student from school without making an arrest, the letter states.

“Mrs. Burnett was notified by the city manager at approximately 8:35 p.m. that an arrest was not made, the student was at home and the investigation would continue,” the letter states. “Mrs. Burnett expressed her concerns about the lack of action.”

Cavazos said he did not feel like he had “enough to convict the student, so he did not want to arrest him,” but the officers would remain at the school until the conclusion of the games, the letter states.

“We couldn’t notify our parents of a threat that the police had deemed non-existent,” the letter states. “However, the chief’s decision changed 24 hours later.”

Burnett has said in interviews with the Tribune-Herald that the police department did not follow through on its offer to bring officers to the school on Jan. 8.

Burnett on Jan. 8 contacted McLennan County Sheriff’s Office authorities, who said they could not interfere with a Mart police investigation but would send an officer to help patrol the area.

The letter states Burnett struggled with the local police department to act and to investigate the post before the arrest made on Wednesday night and that the chief made no attempts to step up enforcement efforts around the school.

“We feel that at a minimum local law enforcement should have been present on campus Jan. 8 and until the threat had passed,” the letter states. “We feel that we could have had more support without a police force in the city because then we could access county services. However, due to the inaction of the police department, we were essentially blocked from receiving any services and providing a safe and secure environment for our students and staff.”

Cavazos, a former Marlin officer, was hired as Mart chief last June to rebuild the department after all Mart’s officers and the former chief resigned.

In October, Schaffer filed a complaint with the council against Cavazos for hiring a former Marlin officer who was under investigation by the Texas Rangers.

Schaffer stated in his complaint that he “lost confidence in your ability to competently lead the Police Department as well as your decision-making ability.”