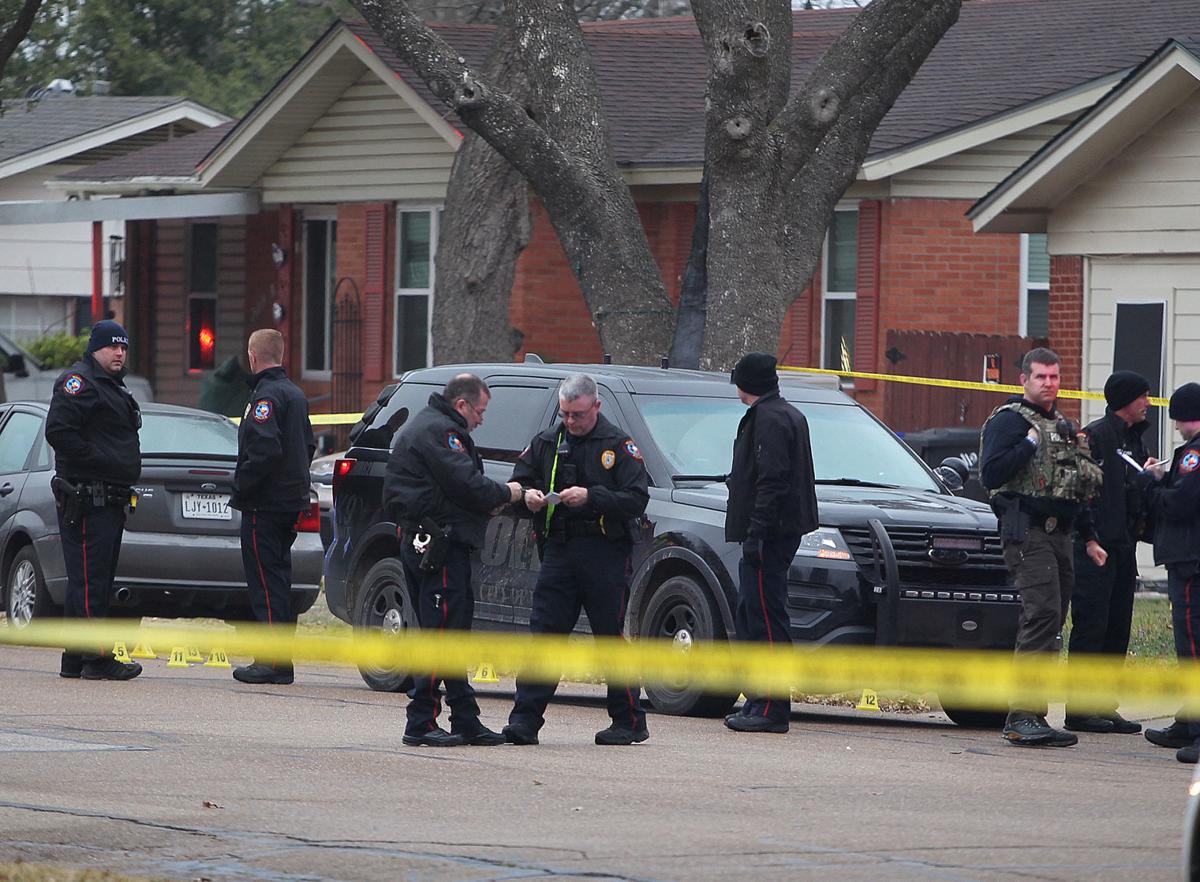 Waco police investigate a shooting Wednesday morning outside a home near Mountainview Drive and Morningside Drive. Two people were shot and injured in the morning shooting. 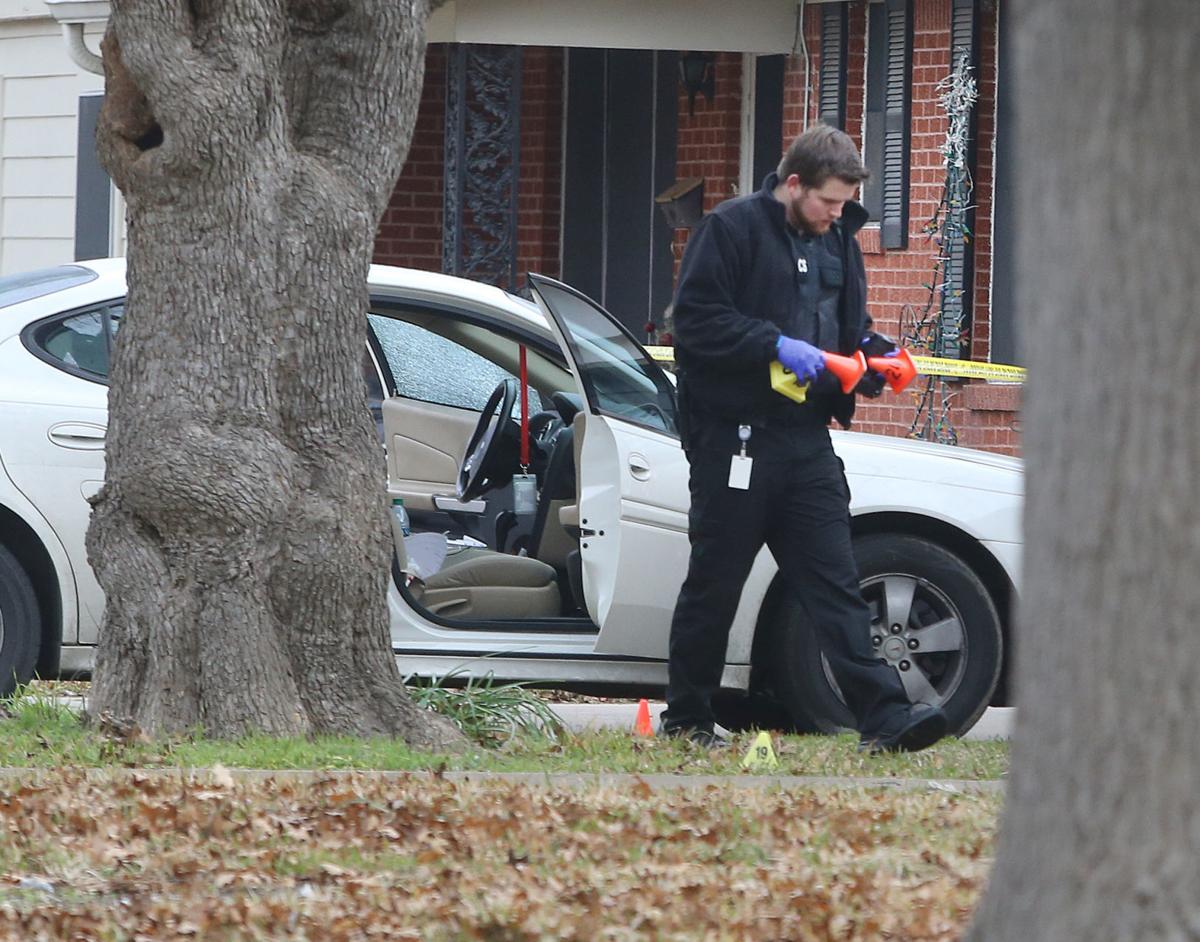 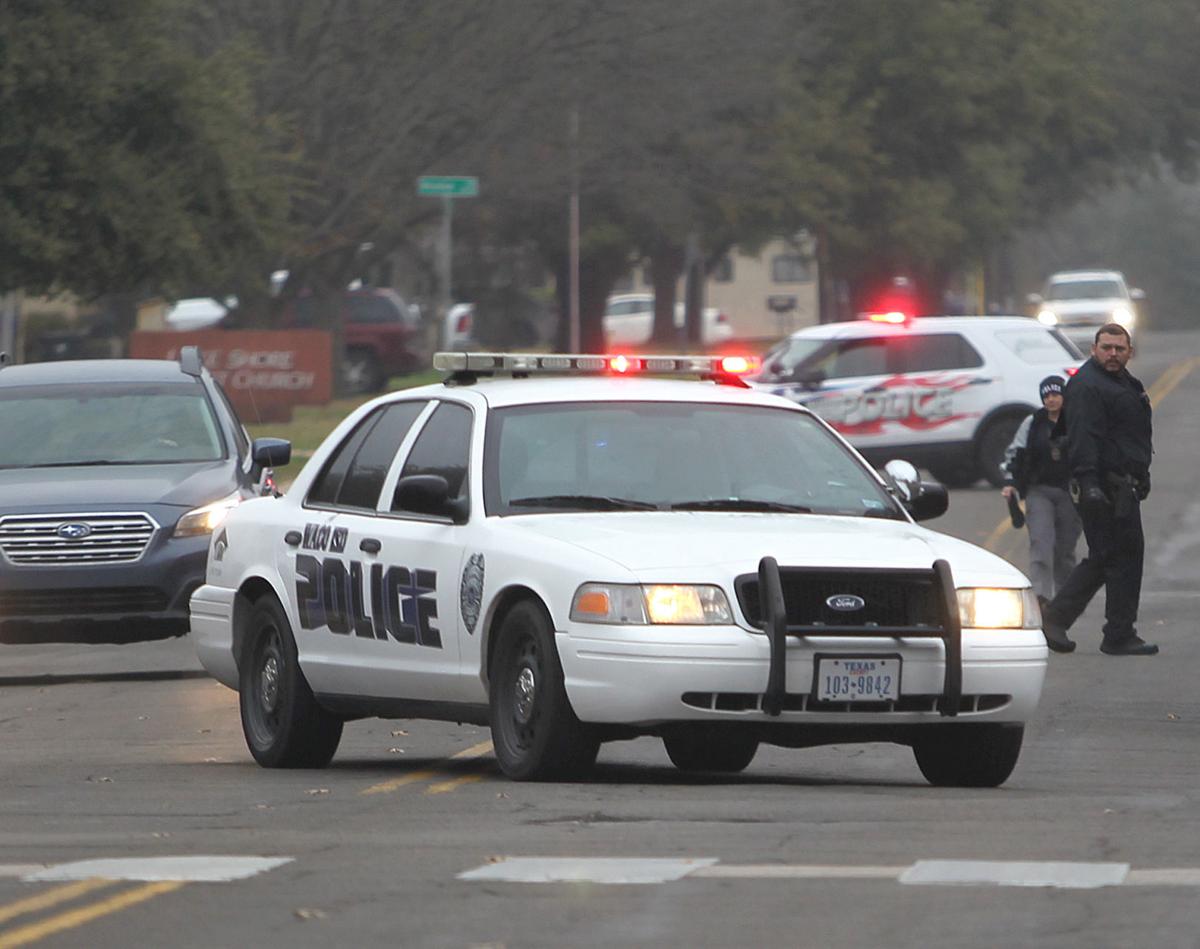 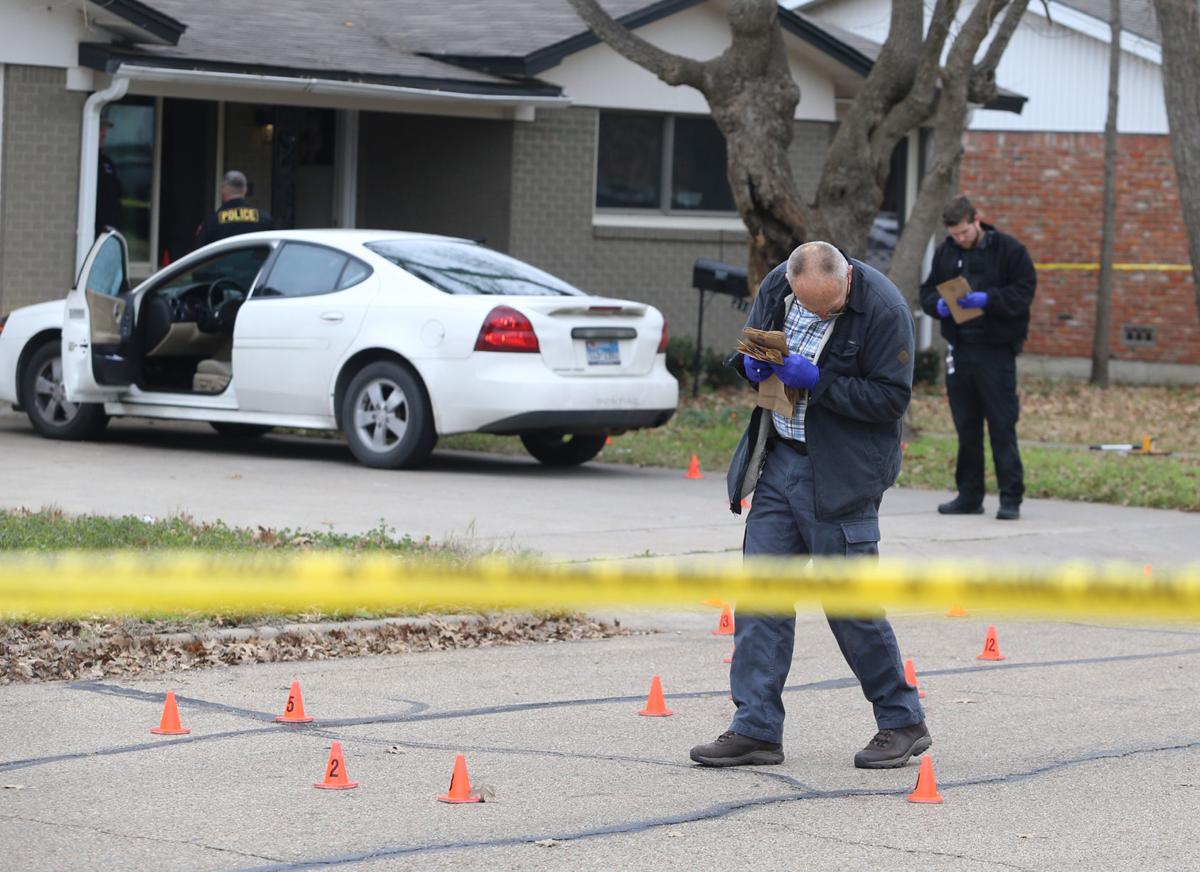 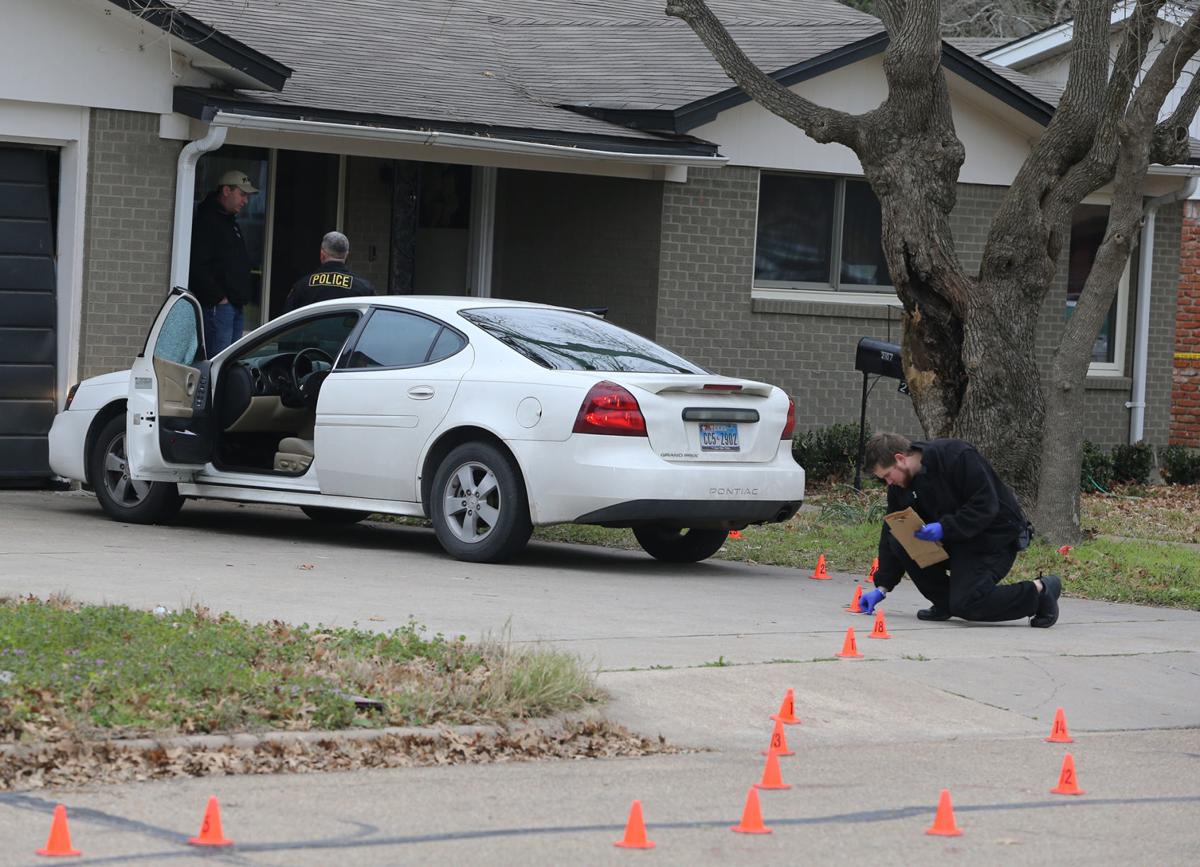 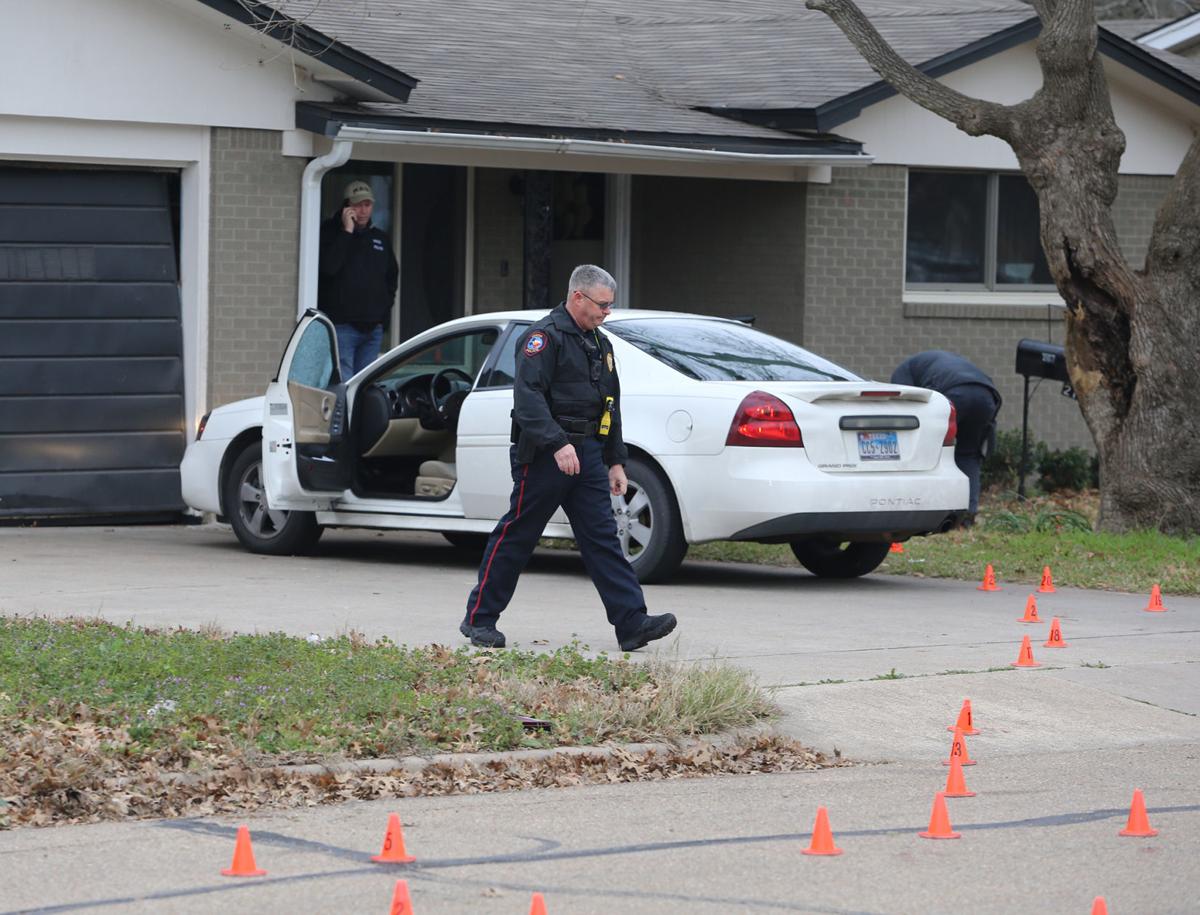 Waco police Officer Joey Kimble walks by a Pontiac Grand Prix on Wednesday morning after two people were shot in the 2100 block of Mountainview Drive. No one was arrested Wednesday afternoon.

Waco police investigate a shooting Wednesday morning outside a home near Mountainview Drive and Morningside Drive. Two people were shot and injured in the morning shooting.

Waco police Officer Joey Kimble walks by a Pontiac Grand Prix on Wednesday morning after two people were shot in the 2100 block of Mountainview Drive. No one was arrested Wednesday afternoon.

Police were looking for suspects Wednesday after two people were shot and wounded in the Mountainview neighborhood in West Waco and more gunshots were reported about six hours later in North Waco, Waco police Officer Garen Bynum said.

Officers were first called to the 2100 block of Mountainview Drive at about 8:10 a.m., when a man and a woman were shot outside a home, Bynum said. The man was shot in the foot, and the woman was shot in the upper arm, causing the bullet to go into her torso.

Bynum said both injuries were not life-threatening.

"At this time, officers are investigating it as a possible home invasion or attempted robbery," Bynum said Wednesday morning.

As a precaution, Mountainview Elementary School was placed on lockout Wednesday morning, meaning no one could enter campus.

One man was arrested in the area on an outstanding warrant, but he was not connected to the shooting, Bynum said.

Investigators at the house appeared to be focusing on a white Pontiac Grand Prix, which was surrounded by evidence markers, and police knocked on neighbors' doors seeking more information.

About six hours later, police responded to the 3700 block of Ethel Avenue in North Waco when a man reported hearing several gunshots. Bynum said initial reports indicated a silver Chevrolet Impala and a black car may have been connected to the North Waco shooting.

Bynum said no injuries were reported in North Waco, but officers found multiple casings in the area.

It was not immediately known if the shootings were connected. They each remain under investigation, and no arrests were made immediately after the incidents.