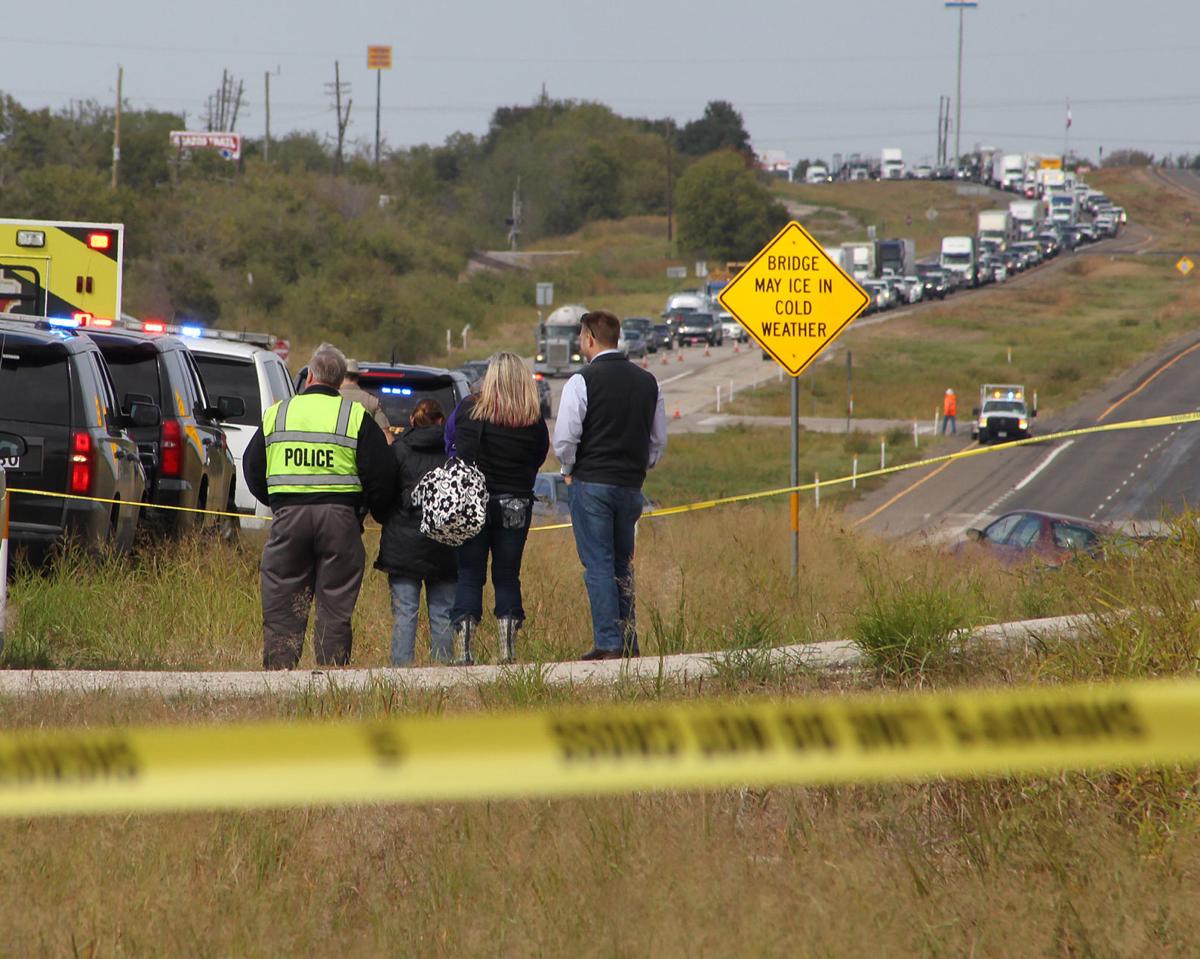 Vehicles back up on highway 6 near Riesel after a vehicle crash that killed a Falls County deputy and injured Riesel's police chief. 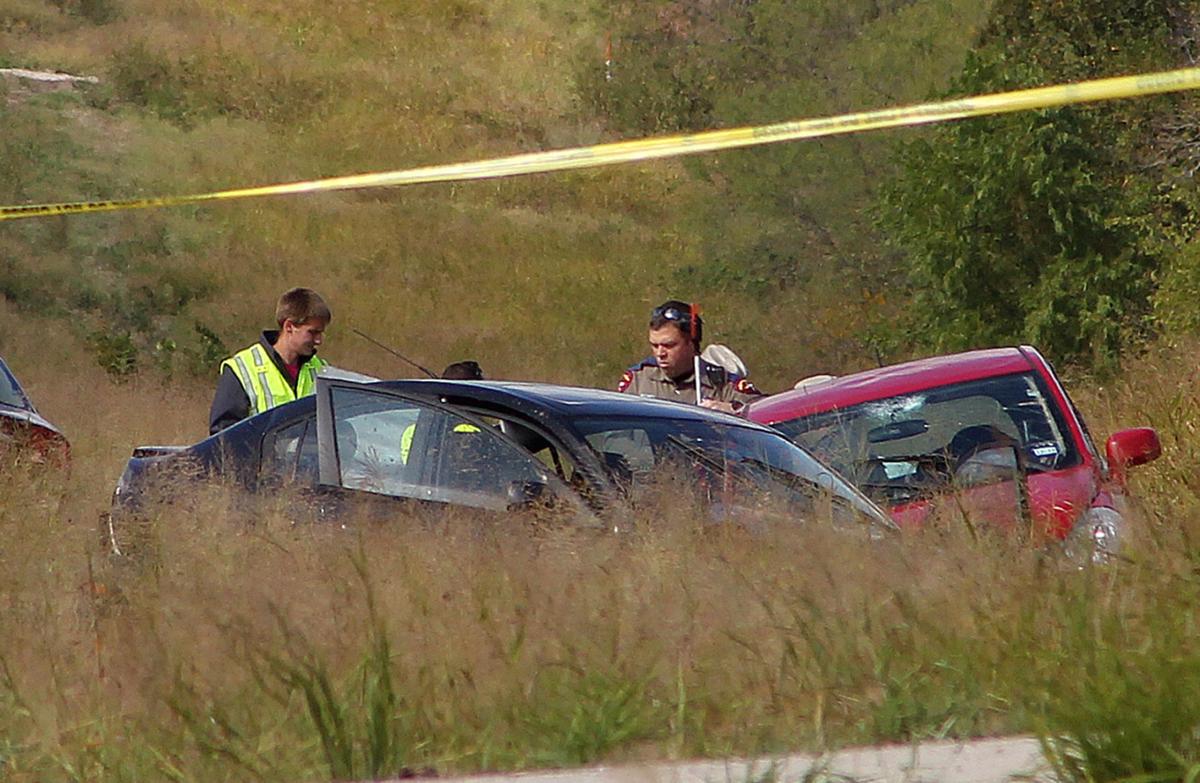 Vehicles back up on highway 6 near Riesel after a vehicle crash that killed a Falls County deputy and injured Riesel's police chief.

Falls County Sheriff’s Office Deputy Matt Jones died and Riesel Police Chief Danny Krumnow was hospitalized Friday after they were struck by a car on Highway 6 while assisting a stopped motorist, a Texas Department of Public Safety official said.

The incident happened at about 2 p.m. on northbound Highway 6 near County Road 190 in Falls County, just outside of Riesel, DPS Sgt. Ryan Howard said.

The sheriff’s deputy, identified Friday evening by Falls County Sheriff Ricky Scaman, was pronounced dead at the scene. Jones had been with the department four years and served as handler for the department’s police dog, Thor.

Thor was not injured in the crash and is in the care of the Jones family, Scaman said in a written statement.

“Tragedy came to our county today and has taken the life of one of our brothers, K-9 Deputy Matt Jones,” Scaman said in the statement. “Mere words cannot express the loss we feel in our hearts. We have lost a brother, a friend, a husband and a servant of our community. And with that, we mourn.”

Krumnow, the longtime Riesel police chief, was taken by medical helicopter first to Baylor Scott & White Hillcrest Medical Center, then transferred to Scott & White in Temple, where doctors removed his spleen and performed an exploratory surgery, Waco police Sgt. W. Patrick Swanton said Friday night. He is out of surgery and stable after suffering a dislocated knee, eight to nine broken ribs and a lacerated spleen in the wreck, Swanton said.

“The Krumnow family is heartbroken by today’s incident and their thoughts are also with Deputy Matt Jones, his family, and the Falls County Sheriffs Office,” Swanton wrote, relaying the family’s message.

It is unknown why the vehicle Krumnow and Jones were assisting was stopped, Howard said. Officials believe a Mazda passenger car hydroplaned on the wet roadway and struck the officers, he said.

The driver of the Mazda was injured in the crash and was taken to a hospital for possible injuries. The driver who the officers were helping was not injured, officials said.

“Our thoughts and prayers are with our brothers and sisters with the Falls County Sheriff’s Office and Riesel Police Department this afternoon,” Woodway police wrote in a statement posted to Twitter. “We are saddened by the tragic news of the fallen deputy and injured police chief.”

Howard said the crash remains under investigation. He said it was a sad day for law enforcement officers.

“We just lost a law enforcement officer in the line of duty performing their duties, helping somebody else,” Howard said. “This is a tragic situation for everyone. Nobody likes it when anyone dies, especially as a result of a crash or anything else, but this is something we want to take the right steps and investigate fully. We owe it to the family and the affected deputy and everyone else to do the right thing.”

Riesel Mayor Kevin Hogg said he is appreciative of all the support for Krumnow and the city.

“The community is here to support him, and thoughts and prayers are with him and his family,” Hogg said.

Krumnow has been with the department since 1992.

“We send our thoughts and prayers to Chief Krumnow as he begins his healing process,” Scaman said. “We thank our law enforcement community for their rapid response to assist us, and the investigation into what happened is ongoing. … I ask that our community keep Deputy Jones, his family and friends, Chief Krumnow and others involved in the crash in your prayers.”

Sitting at his home waiting for his body to heal, Riesel Police Chief Danny Krumnow replays in his mind that split second when he grabbed Fall…

As Riesel Police Chief Danny Krumnow struggled Monday to recover from his injuries from a serious wreck, the family of Falls County Deputy Mat…

Might want to check into the organized crime and ask Kenneth Vanek about them no tresspassing signs. He knows he lied.