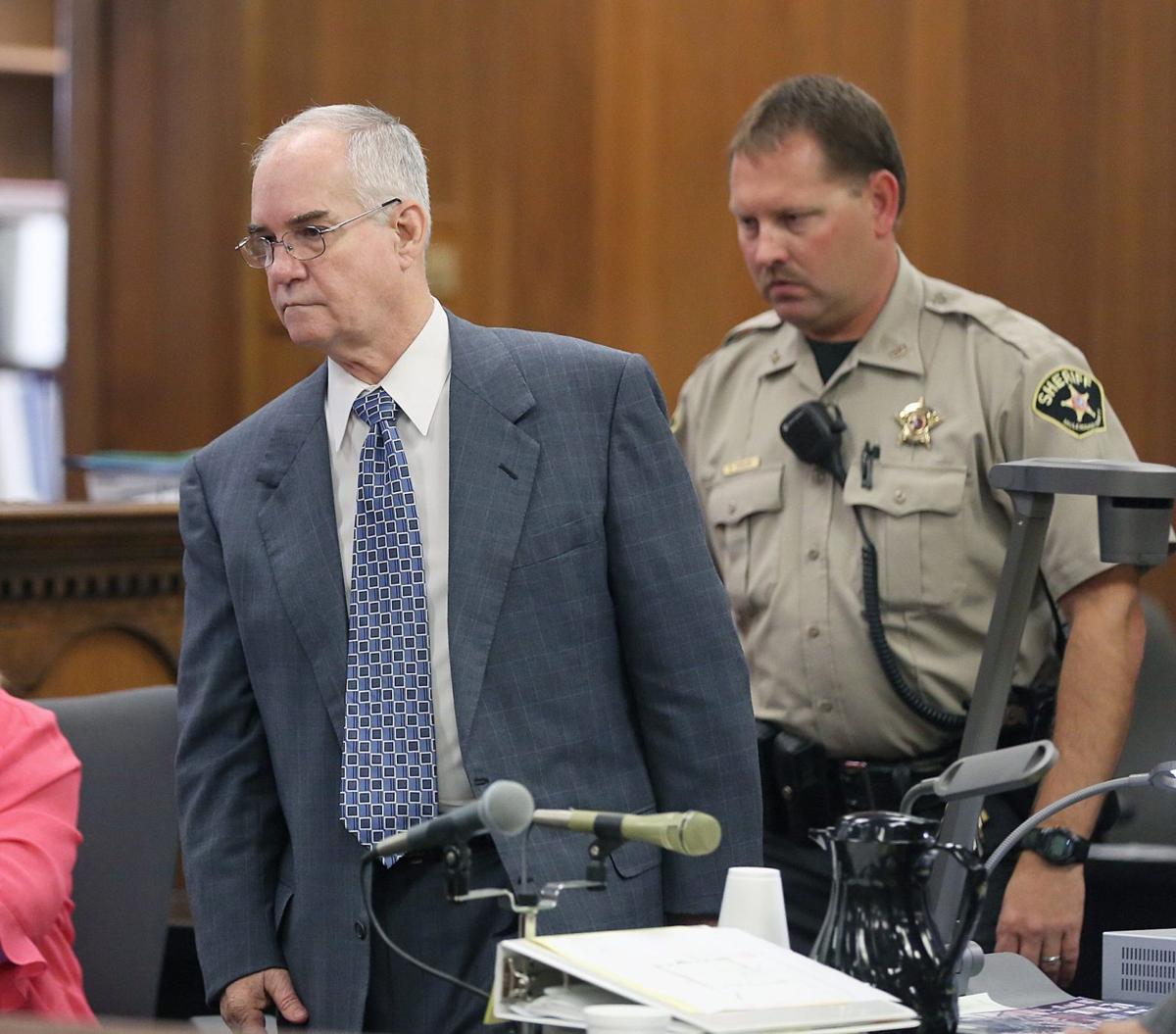 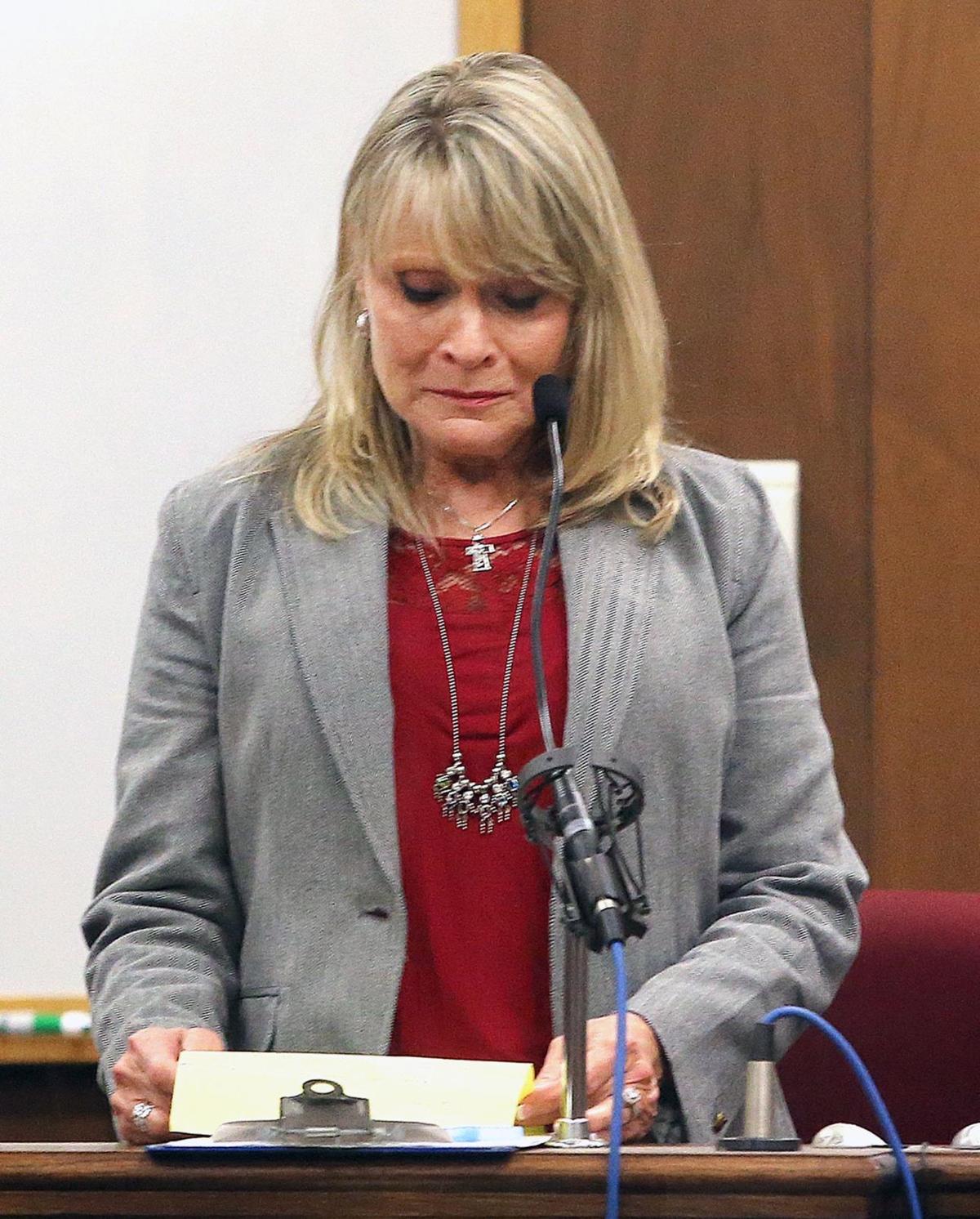 Clare Bradburn said her ex-husband Ed Graf’s plea bargain was “worth it to me to hear him say he is guilty.”

Clare Bradburn said her ex-husband Ed Graf’s plea bargain was “worth it to me to hear him say he is guilty.”

Edward E. Graf Jr. is eligible for mandatory release from prison, likely to come within 30 days of his return to the facility, a parole expert said Wednesday.

Graf knew this when he pleaded guilty to killing his two adopted stepsons Tuesday, minutes before a jury could inform the court that it had convicted him on two counts of murder.

Graf, 62, will remain in the McLennan County Jail until court personnel process the paperwork from his capital murder retrial and forward that information to the jail. After that, it should be three to four weeks before Graf is transferred to prison.

Once he gets back to prison, officials should grant him mandatory supervised release, probably within a month, said Huntsville attorney Bill Habern, who specializes in corrections and parole laws.

“He is out the door. There is no question about that,” said Habern, who consulted with Graf’s attorneys Tuesday before Graf pleaded guilty to two counts of murder in exchange for concurrent 60-year terms. “He qualifies for release under what the mandatory supervision law was at the time of the offense, and that law affords him unfettered release when his flat time plus his good time equals the number of years in his sentence.”

The jury was deliberating after hearing nine days of testimony and told the judge it was deadlocked going into the 11th hour of deliberations. As deliberations continued, Graf and prosecutors reached a plea bargain in which Graf pleaded guilty to two counts of murder in exchange for 60 years in prison, waived his appeal and was given credit for the time he has spent locked up since his first trial ended on April 29, 1988.

Graf, who admitted he killed his adopted stepsons, Jason, 8, and Joby, 9, in a fire in a shed behind his home in Hewitt in 1986, has been eligible for parole since 2008. He was turned down twice by a panel from the Texas Board of Pardons and Paroles before winning a new trial last year from the Texas Court of Criminal Appeals.

McLennan County District Attorney Abel Reyna knew that Graf might not be imprisoned much longer. He told the jurors after they were released from the case and the boys’ mother, Clare Bradburn, that his office vigorously would oppose Graf’s release on parole, which he said Tuesday could come in a year or more.

“He was dead wrong about that,” Habern said of Reyna. “But in his defense, I have been doing this 40 years. I was chairman of the Texas Criminal Defense Lawyers Corrections Committee for over 20 years. District attorneys make these kinds of mistakes all the time.

Reyna said Wednesday he was aware that Graf has been eligible for parole for six years and that has concerned him.

“We stand strong for victims, and without a retrial, this admitted murderer would have walked away without a conviction and without being under the watchful eyes of the state of Texas and the McLennan County District Attorney’s Office for the next 32 years,” Reyna said.

“More importantly, the mother of these precious boys never would have had the peace of hearing that her suspicions over the last 28 years were finally confirmed by this defendant’s admission of guilt, and this case was finalized with the defendant’s waiver of appeal.”

Despite Reyna’s assurances to Bradburn and her family that he would fight Graf’s release, on Wednesday he said he now thinks that Graf will be eligible for release.

“Despite our protest, I believe he is eligible for mandatory supervision, but the final determination is for the board of parole and pardons,” Reyna wrote in a text message.

There are myriad factors that dictate an inmate’s release, but the final say typically goes to a panel of parole board members. When a prisoner, such as Graf, is eligible for mandatory release under the law as it existed at the time of the offense, it means he has been given credit for completing his sentence through a combination of time and good-time credits and must be released without parole board consideration, said Habern, who frequently lectures on prison and parole issues at legal seminars across the state.

“I think all of us will be disappointed if he gets out,” she said. “He is a child murderer. He doesn’t need to get out and walk the streets. He also made it clear that I should have been in the shed with the boys. How do you think that makes me feel if he is out and about?”

No matter when Graf is released, it would not have changed her opinion about whether to agree to the plea bargain for Graf, Bradburn said.

“It was worth it to me to hear him say he is guilty,” Bradburn said. “I have waited so long to hear him say that. But I know he didn’t speak those words to clear himself with me. It’s all about Ed. It’s always been about Ed with him. He is just trying to open the door so he can get paroled quicker.”

One of Graf’s attorneys, Michelle Tuegel, said her co-counsel, Walter M. Reaves Jr., consulted with Habern on Tuesday to verify that Graf is eligible for mandatory release. She said the matter was not discussed with Reyna or prosecutors Michael Jarrett or Hilary LaBorde.

“They just told us they were going to fight parole,” Tuegel said. “I assumed that the DA would be aware of that. He has been a defense attorney. Our obligation is to explain how the law works to our client, not the DA.”

Bradburn said if Graf is not released under the mandatory law and comes up for parole review again, she and her family and friends will launch a fierce campaign to oppose his parole.

“To hear him admit he murdered my sons is much more important to me than him spending one or two more years in prison,” she said. “But we have been through the parole process now twice and we will follow the procedures to object to his parole request.”

Jason Clark, a Texas Department of Criminal Justice spokesman, said he could not comment on Graf’s parole status until Graf has been transferred back to prison and officials there have reviewed his judgment from the court and other details from his case.

After proclaiming for 26 years that he was wrongfully convicted, Edward E. Graf Jr. admitted Tuesday he killed his two adopted stepsons.