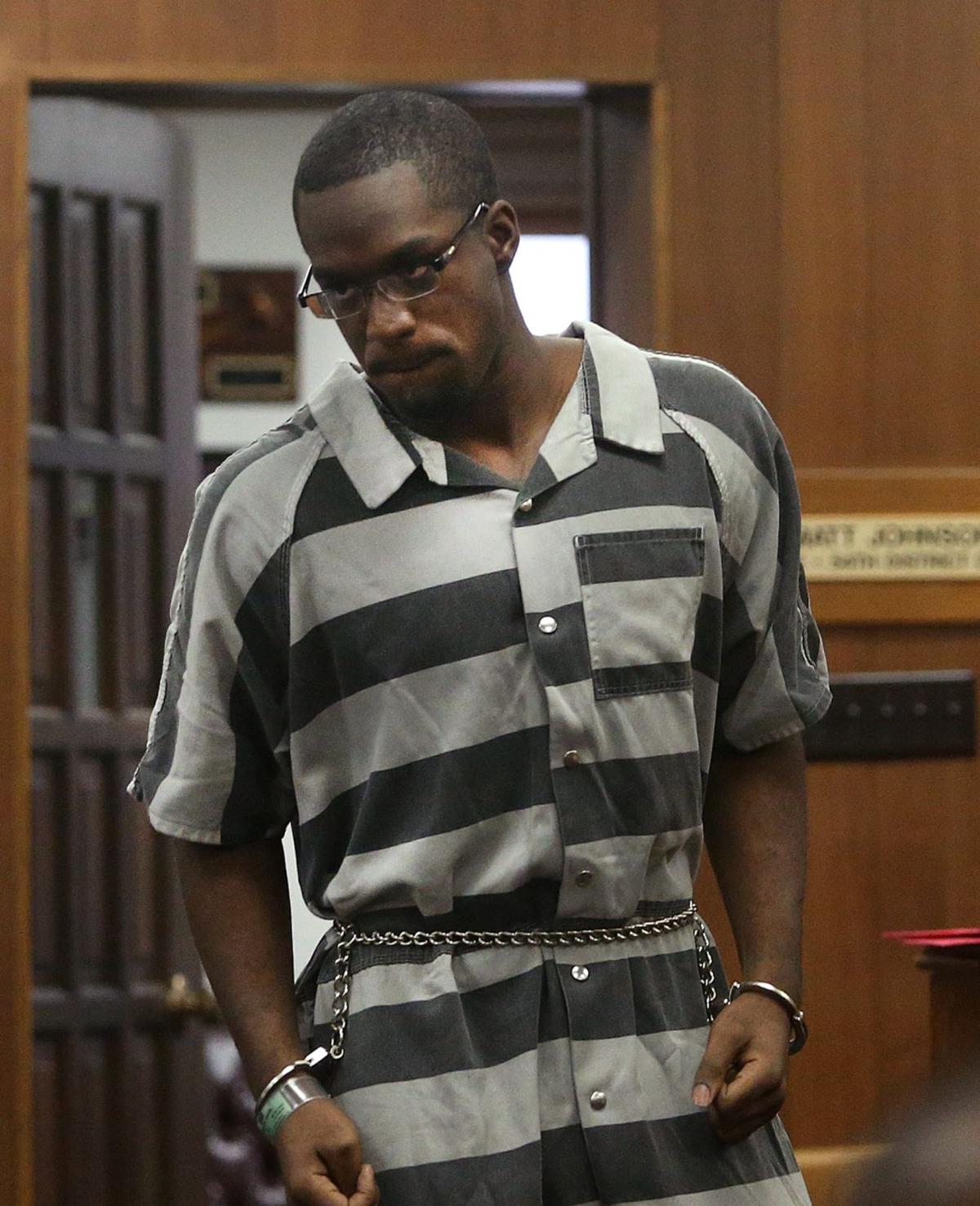 A judge set a $100,000 appeal bond for Sam Ukwuachu while he appeals his sexual assault conviction. 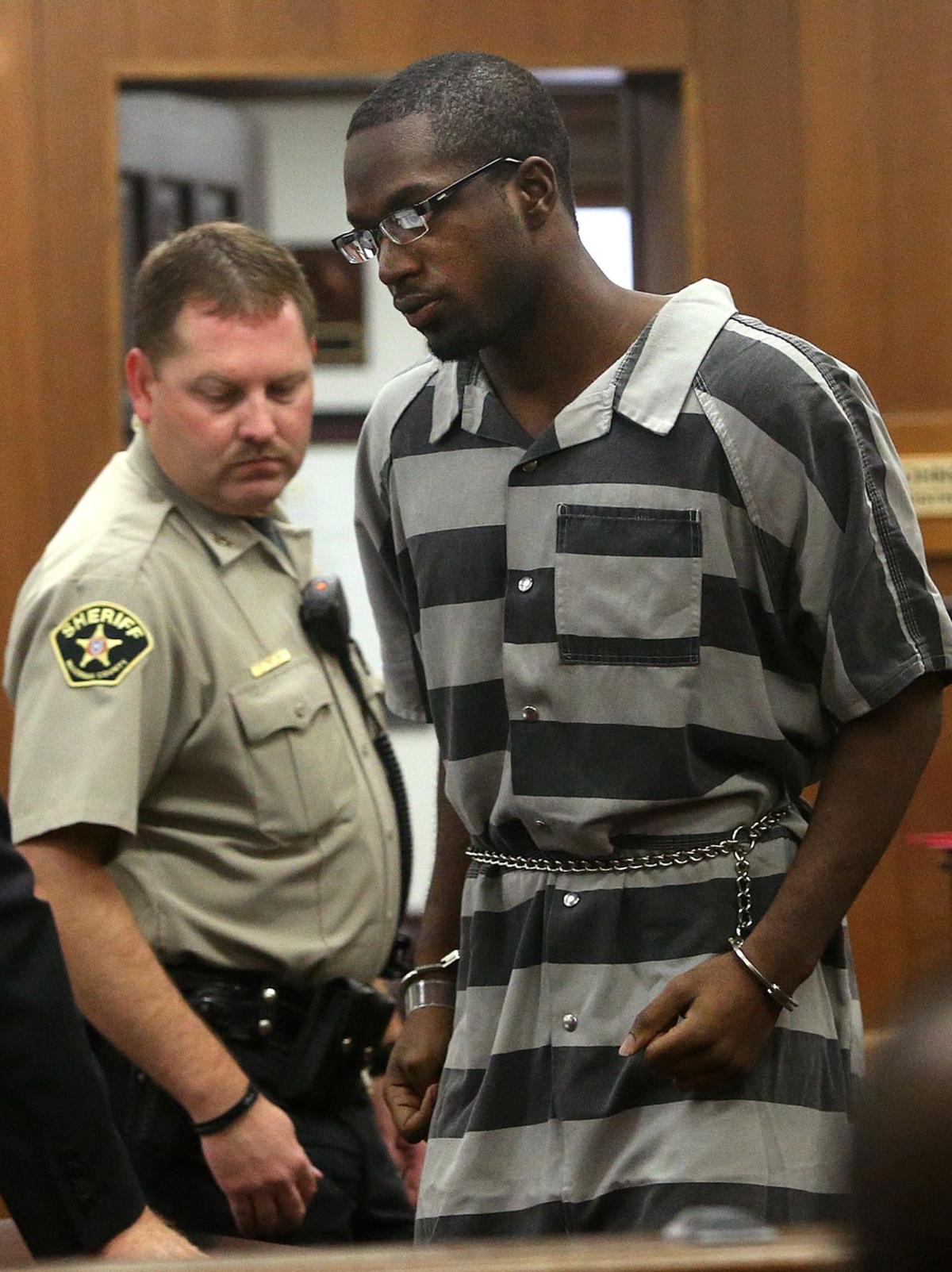 Former Baylor football player Sam Ukwuachu takes his seat in 54th State District Court for a hearing on a motion for a new trial. 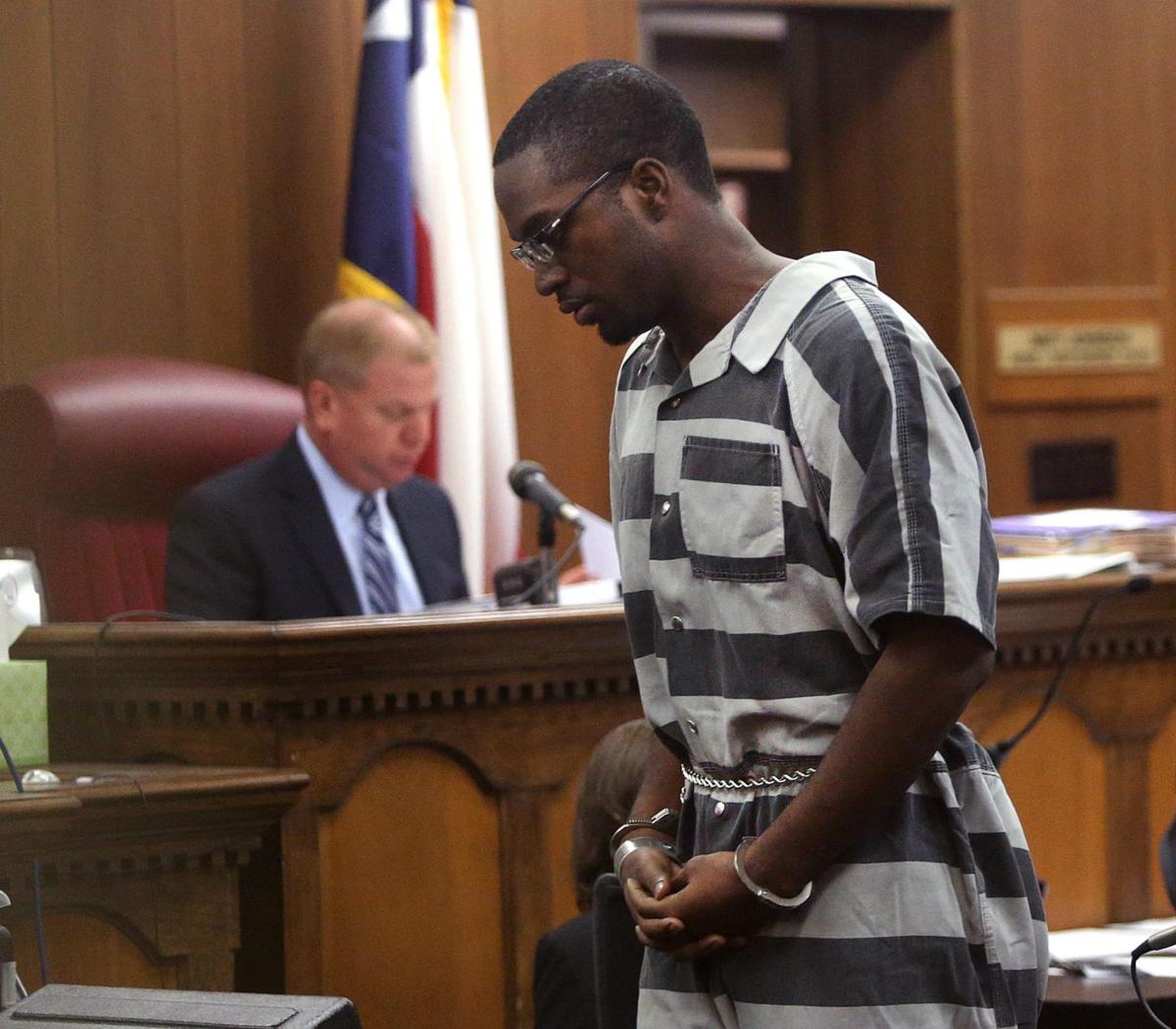 Former Baylor football player Sam Ukwuachu walks out of court Monday after he was denied a new trial on his sexual assault conviction.

A judge set a $100,000 appeal bond for Sam Ukwuachu while he appeals his sexual assault conviction.

Former Baylor football player Sam Ukwuachu takes his seat in 54th State District Court for a hearing on a motion for a new trial.

Former Baylor football player Sam Ukwuachu walks out of court Monday after he was denied a new trial on his sexual assault conviction.

Judge Matt Johnson of Waco’s 54th State District Court overruled Ukwuachu’s motion for new trial after a brief hearing and also denied his attorney’s request to set a bond for Ukwuachu while his case is on appeal.

A jury convicted Ukwuachu of sexual assault in August and granted his plea for probation. Johnson sentenced Ukwuachu to 10 years’ probation and jailed him for 180 days as a term and condition of his probation. Ukwuachu has been in the McLennan County Jail since his conviction.

Ukwuachu, who played high school football in Pearland, was a freshman All-American defensive end at Boise State before transferring to Baylor in 2013. He never played in a game for Baylor.

He also said after the hearing that he will file a writ of habeas corpus with the intermediate appellate court that alleges Ukwuachu is being improperly detained and will ask the three-judge panel to set bond so he can be released.

Ukwuachu, dressed in black-and-white striped jail garb, did not testify at the hearing.

Hedrick said the court was on a break and LaBorde approached McCraw in the courthouse rotunda and said: “You should be ashamed of yourself. You just victimized that girl again. I wish I knew who your supervisor is because I would talk to them about your job. You should be ashamed.”

Hedrick said she was “shocked” by LaBorde’s actions, adding that the loud conversation could easily have been overheard by any jurors or witnesses in the area at the time.

The confrontation was so surprising, Hedrick said, that she wrote down what LaBorde said so she could remember it. Later, she turned over those notes to defense investigator Ed McElyea after he asked her if she had heard it, Hedrick testified.

Prosecutor Michael Jarrett asked Hedrick why she gave her notes to a member of Ukwuachu’s defense team instead of bringing them to the judge.

She agreed with Jarrett that some could perceive her actions as taking on an advocacy role in the case instead of her being there to represent Baylor and its employee.

While Bratton argued the incident could have affected the outcome of the trial, he offered no evidence that any of the jurors overheard the conversation.

McCraw testified she investigated the allegations against Ukwuachu and found the evidence insufficient to “move forward” with the case.

McCraw misspoke during her testimony about what the victim told her about her relationship with Ukwuachu, forcing McCraw to apologize to the jury for her mistake.

“The state abused the grand jury process in its attempt to intimidate the witness, Ratu Peni Tagive, by using a grand jury subpoena to compel the attendance and testimony of Mr. Tagive approximately a month before trial and a year after the return of the indictment against the defendant,” Bratton’s motion claimed.

Tagive testified that he was at the apartment during the sexual assault but did not hear the freshman soccer player screaming and yelling “no,” as she testified.

The victim testified Tagive was not there.

Tagive said in an affidavit accompanying the motion that prosecutors called him a liar and threatened to charge him with perjury.

After Ukwuachu’s trial, which received national coverage, Baylor appointed a law professor to investigate how Baylor handled the accusations.

After reviewing his report, the school’s board of regents hired two attorneys from Philadelphia who specialize in university responses to sexual assaults and other crisis situations.

Their investigation is ongoing.

That motion also was denied by Johnson.

Elliott was sentenced to 20 years in prison and fined $10,000 in January 2014 after his conviction on two counts of sexually assaulting another student at a party at a Waco apartment complex in 2012.

Two other former Baylor students testified at his trial that he sexually assaulted them, too.

There also was evidence that a fourth student reported that Elliott sexually assaulted her, but she did not testify.

Like Ukwuachu, Elliott denied he sexually assaulted any of the women and said his relationships with them were consensual.