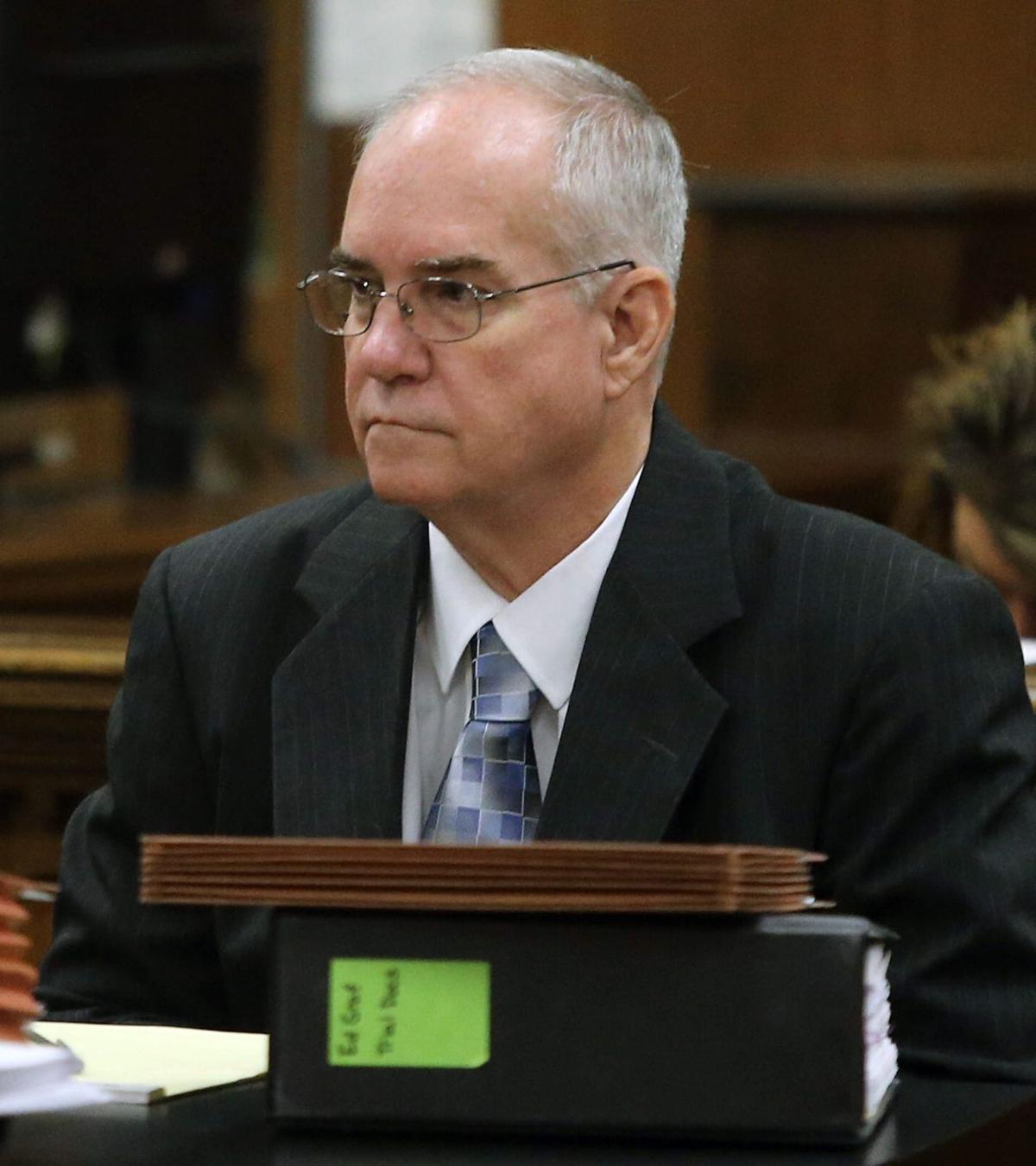 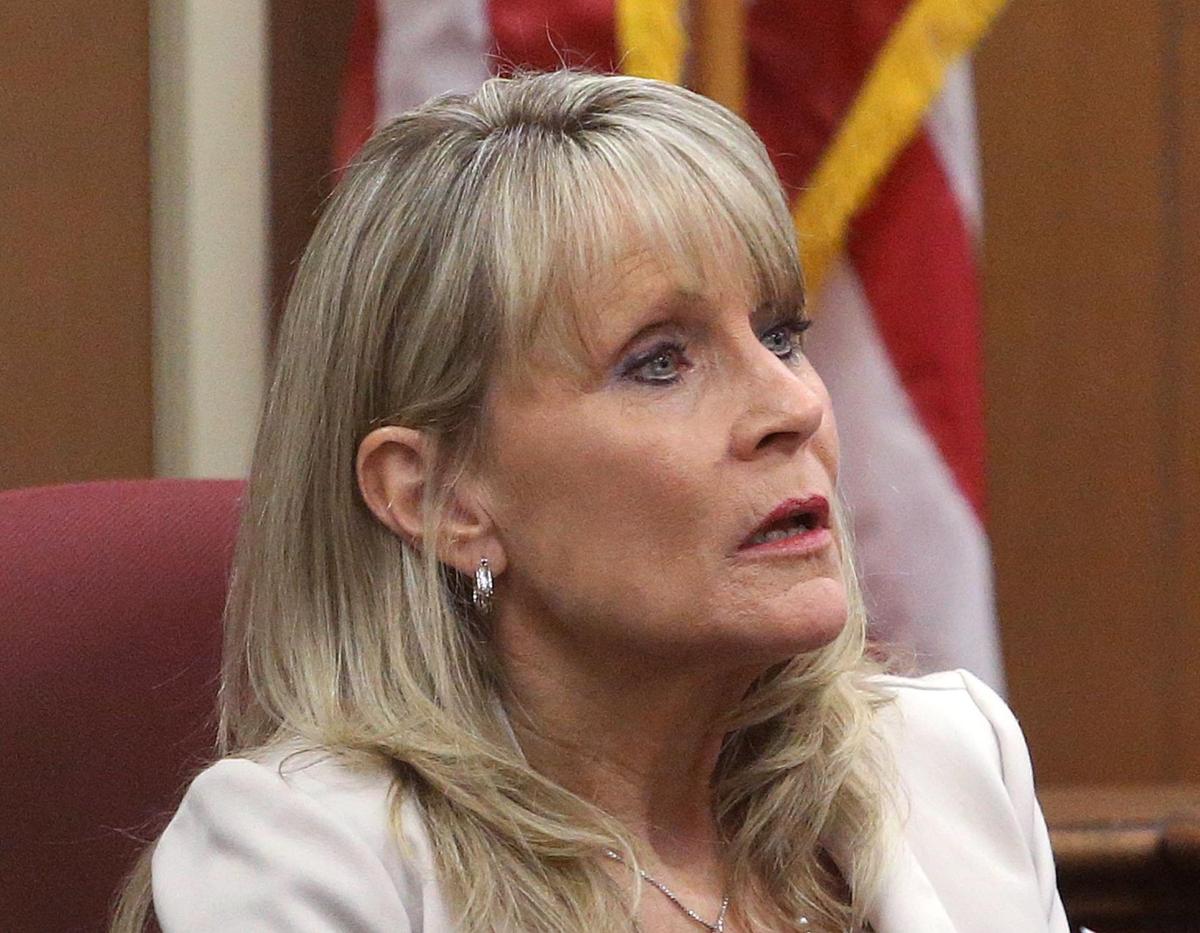 Clare Bradburn, the mother of Jason and Joby Graf, will meet Monday with parole officials in Austin.

Clare Bradburn, the mother of Jason and Joby Graf, will meet Monday with parole officials in Austin.

Edward E. Graf Jr. will be released from prison Monday and sent to a Travis County halfway house, six days after he admitted killing his two adopted stepsons in 1986.

Clare Bradburn, Graf’s ex-wife and the mother of Jason Graf, 8, and Joby Graf, 9, said Saturday she was notified by officials from the Texas Board of Pardons and Paroles that Graf will be released Monday to a Travis County halfway house and placed under the Super Intensive Supervision Program, which includes 24-hour GPS monitoring.

Bradburn said she will meet with parole officials in Austin on Monday and present them with a packet of letters protesting Graf’s release, photographs of Jason and Joby before and after the fire and other materials compiled by the McLennan County District Attorney’s Office so they will have more information about the case.

Graf, 62, was sentenced to 60 years in prison Tuesday after striking a plea bargain with prosecutors, making him eligible — under the law at the time of the offense — for mandatory release on parole. He was taken to prison Friday morning.

While Bradburn would have preferred Graf spend the rest of his life in prison, she realizes he must be released under what she calls a “huge flaw in our justice system.” The provision that mandates the release of a prisoner not under a life term once his credits for good behavior and time served equal the number of years of his term was changed in the 1990s.

She said if Graf must be released, she finds comfort in the fact that he finally admitted he killed her sons and that he will be under the highest level of supervision by parole officials.

After Graf’s capital murder retrial in Waco last week, he was given credit for the time he served in prison and jail since April 1988. He spent more than 25 years in prison before his life sentence and conviction were overturned last year. The Texas Court of Criminal Appeals said he was entitled to a new trial because the arson evidence used in his first trial since has been proved faulty.

Huntsville attorney Bill Habern, who specializes in prison and parole issues, said Graf likely will be taken to a halfway house near the Austin-Bergstrom International Airport off State Highway 71 in southeast Austin.

“SISP is a state of very, very controlled activity,” Habern said. “It is common for sex offenders to fall within a category similar to the conditions that can be imposed on SISP. There will be constant monitoring. His life will be totally controlled. One ounce of missing a time frame or being at a place without prior permission means you will be revoked, and if you are revoked, you also lose all the good time you had and back you go to prison. They will not give him a hint of a chance, particularly in the early stages of this.”

Graf could be under even more scrutiny because of the statewide and national publicity his case has received, Habern said.

“Politics and media have a substantial input and influence over (parole) board panel voting,” Habern said. “They can deny it all they want but after my 41 years in this business, I can tell you that it is absolutely true. They will have a hair trigger in this case and won’t hesitate to revoke him given the slightest opportunity.”

Graf, who has been turned down for parole twice since 2008, will wear an ankle monitor with GPS capabilities, will have a strict curfew and have to fill out a weekly schedule detailing what he will be doing and where he will be every minute, Habern said.

Bradburn said she was able to dictate with parole officials specific counties where she doesn’t want Graf to live once he is released from the halfway house. She listed McLennan, Dallas and several other counties where family members live, she said.

She said they could not tell her how long Graf will live at the halfway house. She said she is concerned for her safety and the safety of family members, citing testimony from the retrial in which a jail inmate testified that Graf told him he wishes Bradburn and her sister had been in the shed with the boys.

“His admission of guilt was totally unexpected, although I had prayed for my boys and me to hear him admit those words,” Bradburn said. “Ed Graf is a danger and threat to society and all decent God-fearing people. He shows no emotion or remorse and he never will. We wanted to keep Ed Graf where he belongs until he dies, but our family will always be involved in any future parole activity.”

Prosecutors were unaware that Graf would be released on mandatory supervision so quickly when they agreed to the plea bargain last week. District Attorney Abel Reyna told Bradburn and the jury that Graf would be in prison a year or longer and then his office would vigorously oppose his parole with the parole board panel.

Bradburn supported the DA: “I want to express to the DA’s office my undying debt of gratitude for their many hours of blood, sweat and tears put forth to once again bring Ed Graf to justice.”

Reyna, contacted Saturday, did not directly address the speedy release, but said, “Wherever Ed Graf, Jr. goes, in prison or parole, he will always wear the badge of a child killer and sealed his title by waiving any right to appeal. We hope and pray that this will allow Joby and Jason to rest in peace and finally provide this wonderful family closure to this horrible killing.”

After family members, lawyers and the media waited all day Monday for Edward E. Graf Jr. to be released from a Huntsville prison, Graf was qui…