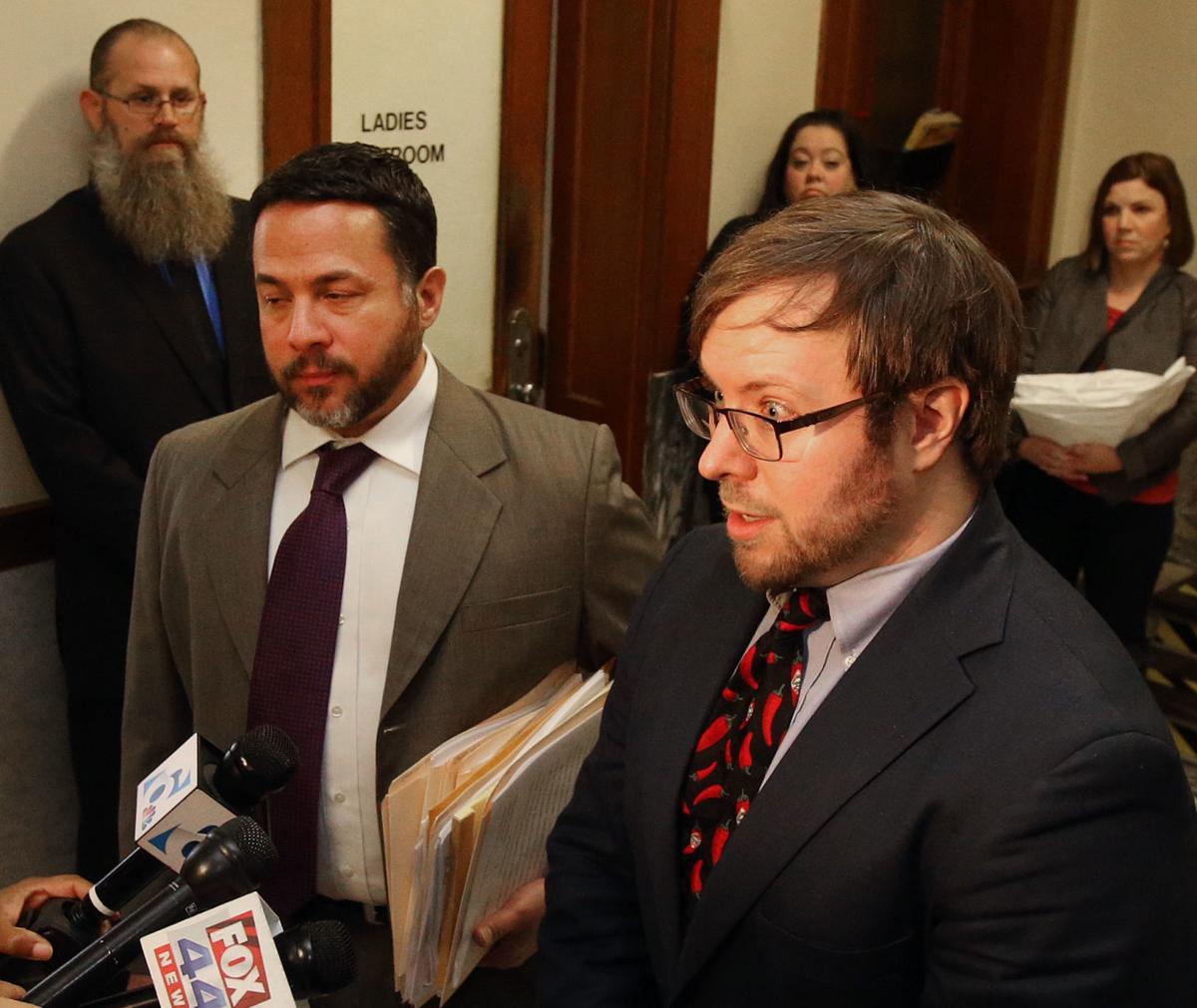 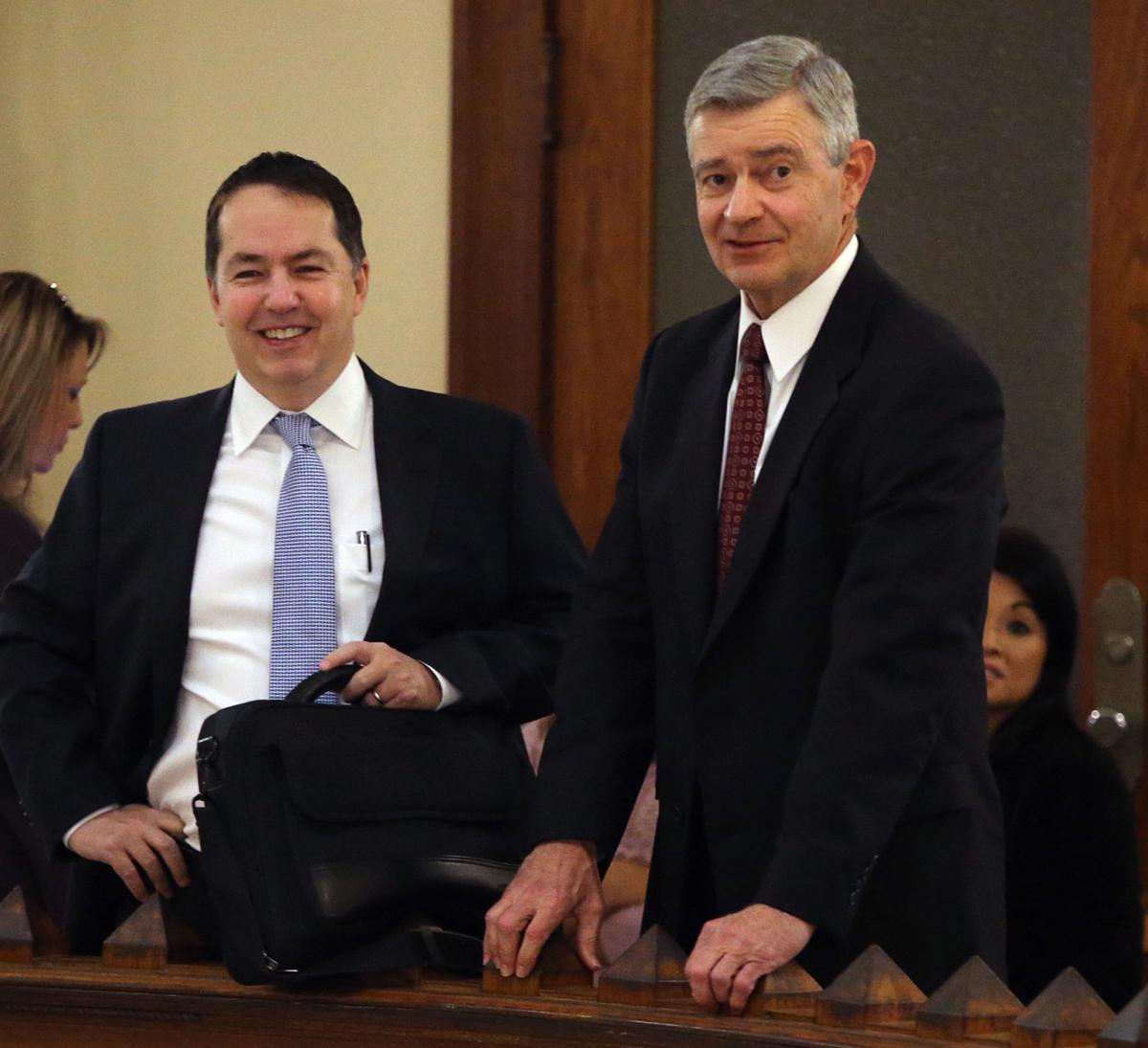 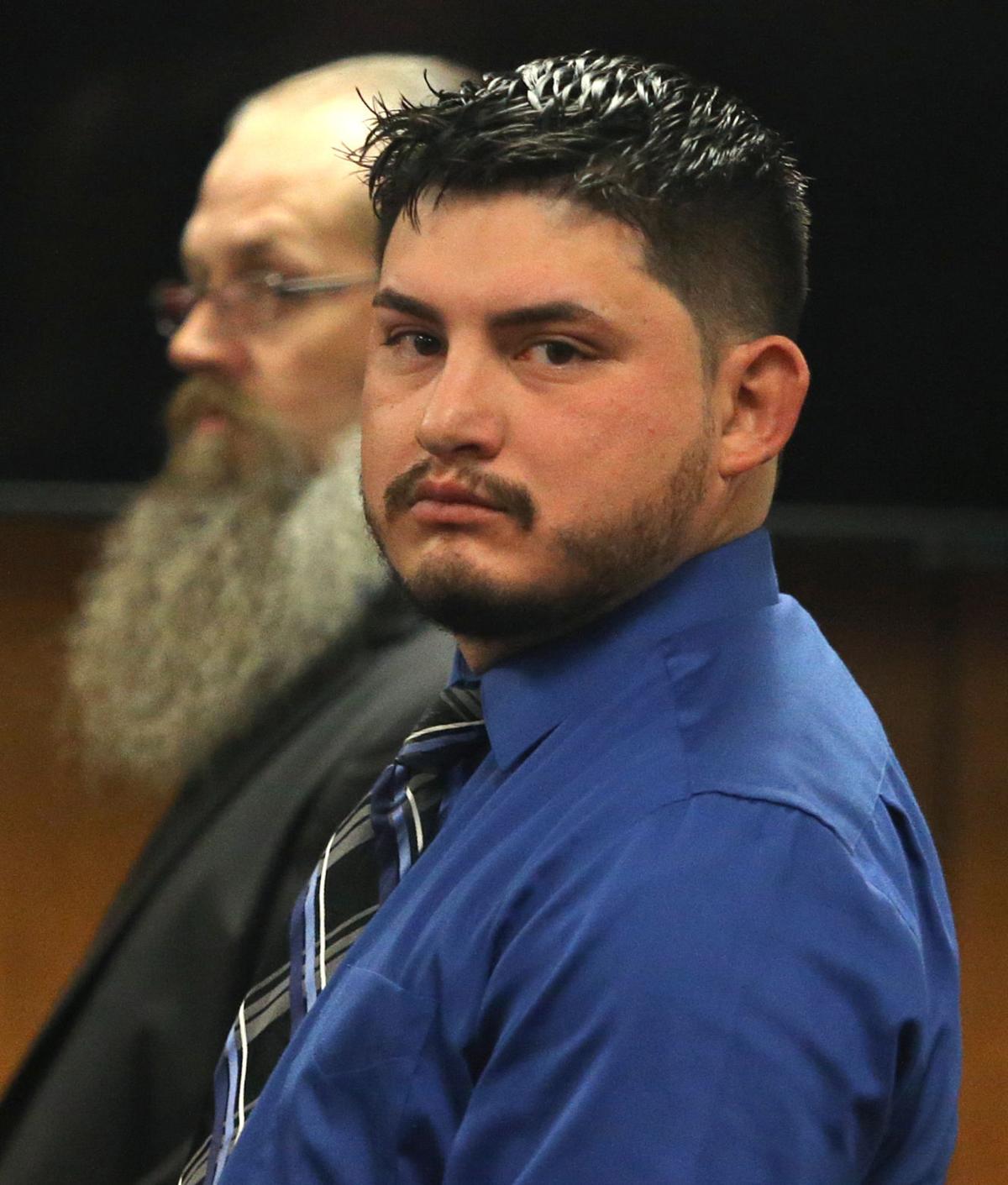 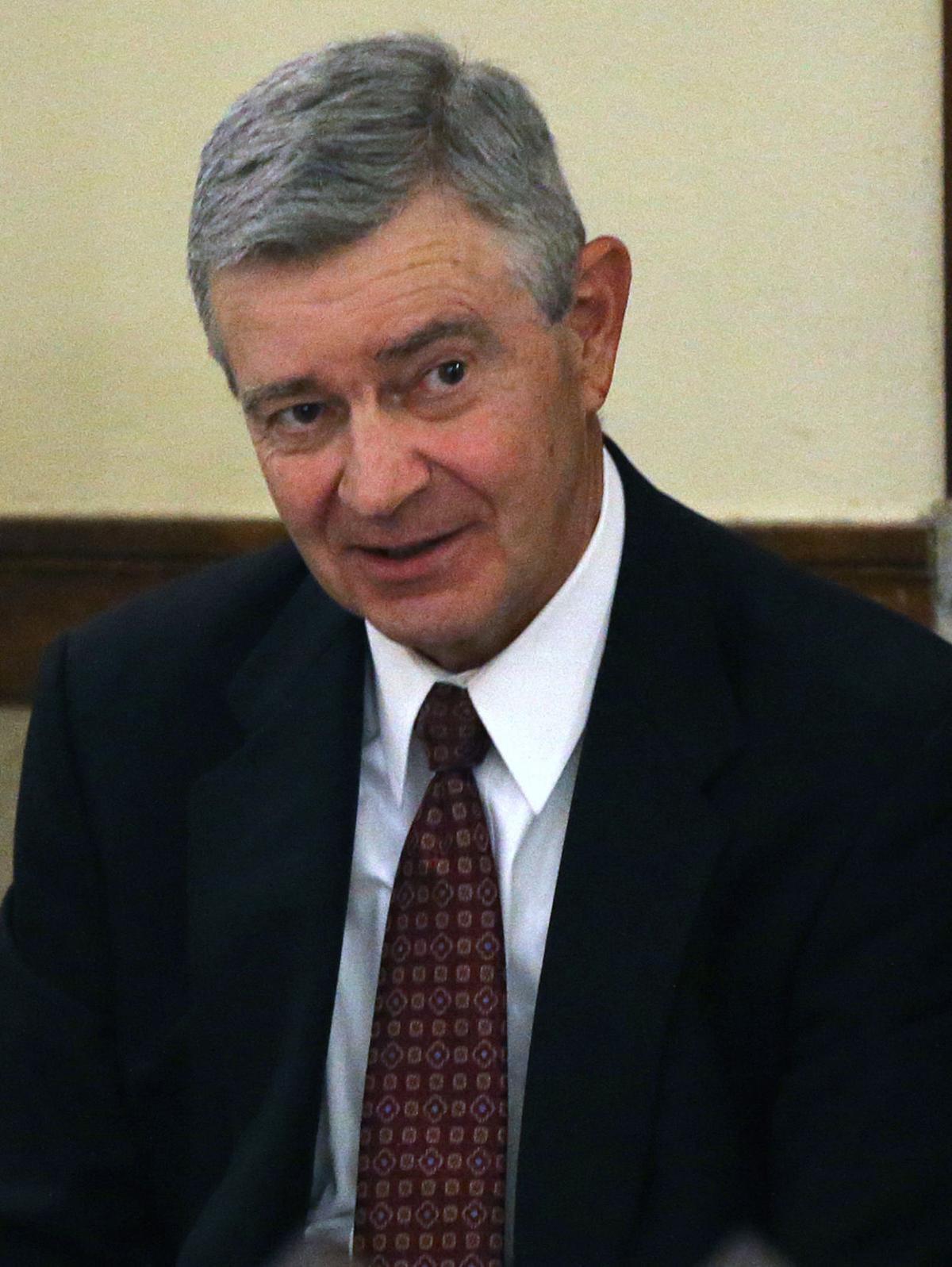 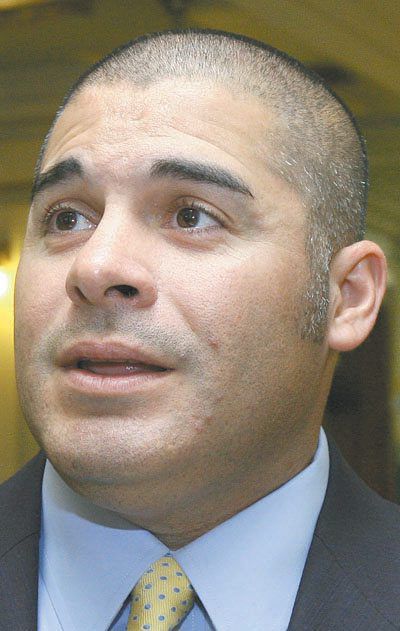 The surprising move came seconds after Strother denied a motion from prosecutors to postpone a hearing set for Monday morning in which attorneys for Cossacks Jorge Salinas and Billy McCree were trying to disqualify Reyna from prosecuting their cases and had four witnesses with damaging testimony about Reyna waiting to testify.

Reyna did not attend the hearing.

Strother expressed surprise at the motions, noting Jarrett and Burks had “vigorously opposed” a recusal motion filed by an attorney for Jacob Carrizal, the Bandidos’ Dallas chapter president, in late August.

Jarrett argued that Strother voluntarily stepped down from one case and was removed by retired state district judges in four others, setting a precedent. He said the state’s focus isn’t simply on one trial, but on ensuring defendants’ rights and the integrity of a conviction post-trial.

It was not clear Monday if the state intends to file recusal motions in the roughly 75 Twin Peaks shootout cases that remain pending in Strother’s court.

The first Twin Peaks case to go to trial was Carrizal’s. It ended in a mistrial after jurors deadlocked. What was supposed to be the second trial, set to begin Tuesday, was postponed for at least 180 days in an agreement between the state and defense after defendant George Bergman rejected a plea offer for misdemeanor deferred probation.

Strother took a five-minute recess to consider the recusal motion, emerging from his chambers to say he will not voluntarily recuse himself and will ask Billy Ray Stubblefield, a regional administrative judge, to appoint a judge to hear the motion.

Defense attorneys Brian Bouffard and David Conrad Beyer called the motion an improper stalling tactic that “reeks of desperation.” Beyer said the motion was filed in “bad faith,” adding that the state is manipulating the court’s docket and should have filed the recusal motion earlier if it truly believed that was the right thing to do.

“The DA’s office continues to speak out of both sides of its mouth as long as it gets to continue avoiding speaking under oath. The true losers today are the citizens of McLennan County, who deserve to hear the truth from their elected official,” Bouffard said.

Bouffard and Beyer said Reyna and his prosecutors also filed motions to quash their subpoenas. That is telling, Bouffard said.

“Reyna has repeatedly accused respected members of the bar and a former veteran police officer of lying under oath in sworn affidavits. He did this in the press and on Facebook and in political forums,” Bouffard said. “Nevertheless, when he and his assistants had a golden opportunity to take the same oath, subject to perjury, that was taken by Davis, Scaramucci and Kingrey — all of whom were present today and ready to again testify under oath — he filed motions to quash and now to recuse Judge Strother.

“Of course, this is because it is safe for Reyna to falsely call people liars and ‘fired, disgruntled employees’ in the press and on Facebook. But we now see that he will stop at nothing to avoid having himself and his assistants subject themselves to the same perjury requirements as these three whistle blowers.”

Davis, Reyna’s former first assistant, said he resigned from the DA’s office because Reyna showed favoritism to friends and political supporters and created a two-tiered system of justice that favored big donors.

“Knowing Mr. Reyna as I do, I am not surprised that he is engaging in character assassination,” Davis said Monday at the courthouse. “That is not going to change the truth. He knows it and I know it and I stand behind every single fact in my affidavit because every single one of those facts is true.”

Kingrey, a 32-year veteran of the Waco Police Department, said in an affidavit that while she was a detective, she began receiving information about an illegal gambling operation in Waco, adding that the organizers of the operation were ”close friends” with Reyna. Kingrey said she had information that the organizers made “under-the-table contributions to him in exchange for political favors.”

“I also received information and my investigation appeared to confirm that Reyna would make prosecutorial decisions based upon political opportunism and would arrange to have a particular special prosecutor appointed in order to have cases dismissed for supporters,” Kingrey’s affidavit says.

She also said she thinks the FBI probe of Reyna is ongoing.

Scaramucci, a former felony prosecutor, gave a sworn statement in which she also said she was present when one of her former clients told FBI agent Dan Brust he supplied cocaine to Reyna.

Bouffard’s motion to disqualify Reyna claims Reyna crossed the line when he went to the crime scene of the deadly May 17, 2015, shootout between rival biker gangs and directed the arrests of 177 bikers with ties to either the Bandidos or Cossacks biker groups. Nine men were killed in the melee and about two dozen were injured.

“The truth is clear,” Bouffard said. “The civil rights of Jorge Salinas, Billy McCree and dozens upon dozens of other innocent motorcyclists are being sacrificed on the altar of Abel Reyna’s political ambition and increasing desire to avoid the unpleasant personal and financial consequences of his behavior in these cases.”

Reyna recused himself last year in the case of biker Matthew Clendennen and three special prosecutors were appointed to handle his case.

Waco attorney Barry Johnson, who is opposing Reyna in the March 6 Republican primary, attended Monday’s abbreviated hearing and said it is clear that Reyna is trying to postpone all Twin Peaks-related matters until after the primary election because he has badly mishandled the entire situation.

“This is just more of the same. They are just kicking the can down the road while innocent people are waiting for their day in court,” Johnson said. “Now they come in here at the last minute and ask for a continuance because they don’t want people in his office to testify because they know what has gone on in this total miscarriage of justice.”