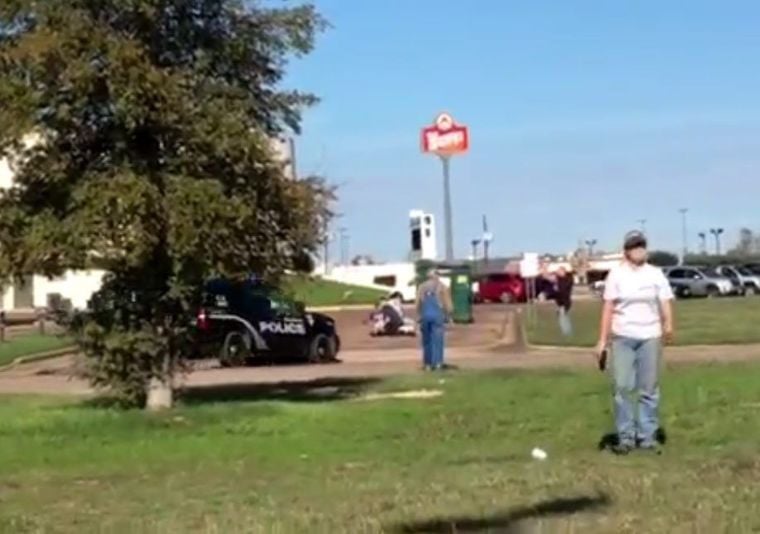 A woman who shot a handgun as a man fled walks away as bystanders subdue him and Bellmead police arrive Nov. 20 near Wal-Mart in this image taken from video. A grand jury indicted Emma Cotten, 28, Wednesday on a deadly conduct charge. 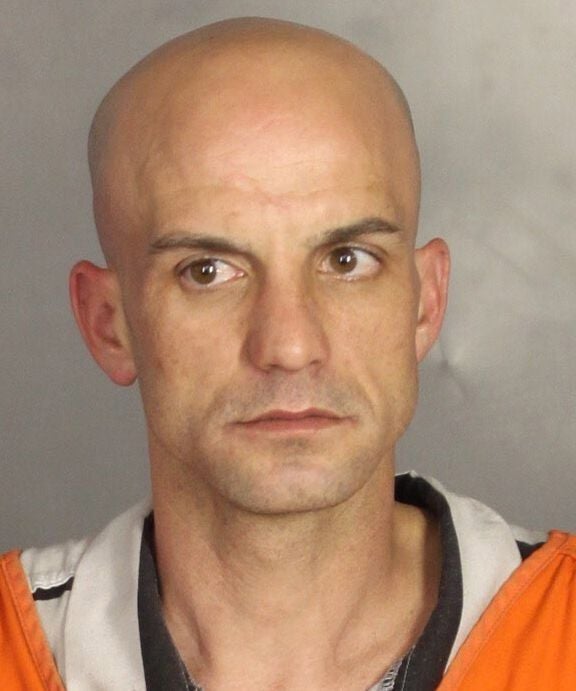 A woman who shot a handgun as a man fled walks away as bystanders subdue him and Bellmead police arrive Nov. 20 near Wal-Mart in this image taken from video. A grand jury indicted Emma Cotten, 28, Wednesday on a deadly conduct charge.

A Robinson woman who pulled a gun on a suspected purse snatcher last month and fired a shot in his direction after he started to run away was indicted Wednesday.

A McLennan County grand jury indicted Emma Cotten, 28, on a deadly conduct charge in a Nov. 20 incident in the parking lot of a Bellmead Wal-Mart, sources familiar with the case said Wednesday.

Cotten was named in a sealed indictment, because Bellmead police did not arrest her but sent the case to the McLennan County District Attorney’s Office for review.

The indictment will be made public after Cotten is arrested.

The incident was captured on video by at least two witnesses and sent to Bellmead police and media outlets. The video also was widely circulated on social media.

A woman who answered the phone at Cotten’s residence Wednesday said, “I don’t know what you are talking about.”

Police initially asked for the public’s help to identify the woman because she was seen on the video leaving the area as Bellmead police arrived.

She later spoke to investigators about the incident and was released.

Cotten, who is seen on the video pointing a pistol at a suspected thief as other men had him pinned to the ground, appears to fire over the man’s head toward the American Bank building after he broke free from his captors and started running through the Wal-Mart parking lot near the Interstate 35 access road.

When police arrived, a group of men had detained 27-year-old Andre Dawson, who reportedly stole a purse belonging to an 84-year-old woman from her shopping cart. Police recovered the purse and arrested Dawson on theft of property and credit or debit card abuse charges.

Bellmead police Detective Kory Martin, who would not identify Cotten at the time, said she does not have a concealed handgun license.

Dawson was not hit, but he is seen on the video falling to the ground. He gets back up, but the group tackles him again as police arrive.

According to Texas law, a person commits deadly conduct if he or she “recklessly engages in conduct that places another in imminent danger of serious bodily injury” or if she “discharges a firearm at or in the direction of one or more individuals, or a habitation, building or vehicle.”

Deadly conduct can be a Class A misdemeanor or a third-degree felony, depending on how it is alleged. That was unclear Wednesday, because the indictment remains sealed.

In other action, the grand jury indicted a former 17-year veteran of the Woodway Public Safety Department on a fraud charge after he reportedly tried to obtain prescription painkillers “in a suspicious manner.”

Craig Patrick Bouse, 36, a former Woodway corporal and police K-9 handler, was arrested in March after a Texas Ranger investigation into allegations that Bouse tried to fill prescriptions for painkillers in a fraudulent manner at pharmacies in Hewitt and Belton.

“It is a shame that he opted to waste a career,” Zakhary said. “He had great potential.”

The following people were indicted Wednesday, Dec. 16, 2015 by a McLennan County grand jury.…