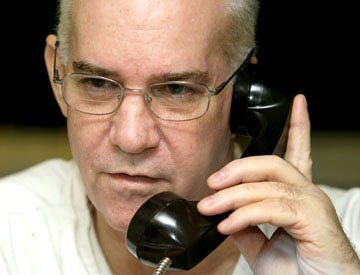 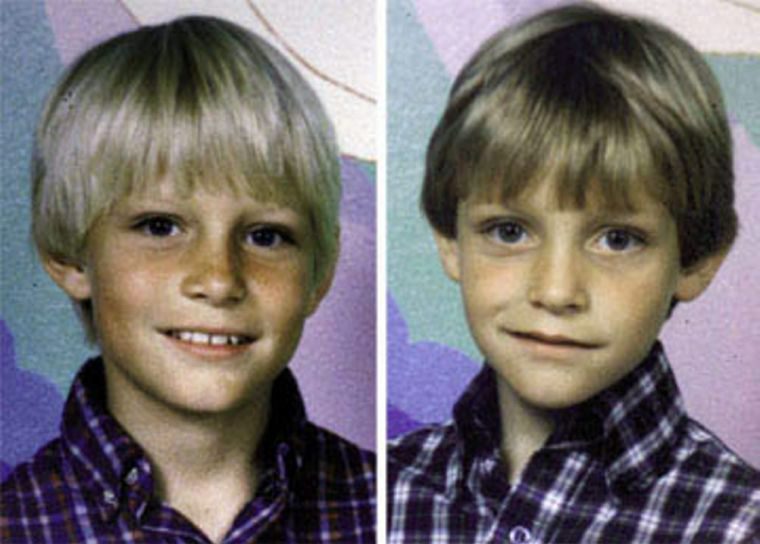 A Hewitt man who says he was wrongly convicted of murdering his stepsons by burning them in a backyard storage shed 25 years ago has won the right to a new trial.

In a ruling released Wednesday, the Texas Court of Criminal Appeals said Edward Graf deserves a new trial because the scientific testimony used to convict him of arson murder has been proved false. But the court refused to find Graf actually innocent, as Graf’s attorney  requested.

The ruling places the case back in the hands of McLennan County District Attorney Abel Reyna. If he chooses not to re-try Graf, the 60-year-old would automatically be released. He has been serving a life sentence at a prison in nearby Gatesville since his 1988 conviction.

In a statement released Wednesday, Reyna said he has not yet made a decision about what to do with the case.

“We fully anticipated and expected the ruling that was issued by the Court of Criminal Appeals,” Reyna said in the statement. “We are very pleased that the CCA agreed with the trial court and the district attorney’s office in deciding that Mr. Graf had not proven his actual innocence. At this time, the district attorney’s office will investigate and review the evidence in this matter and decide on how to proceed from this point.”

Clare Bradburn, Graf’s ex-wife and the mother of the two boys who died in the 1986 fire, did not return phone calls Wednesday. But in January, she told the Tribune-Herald she remains convinced Graf murdered her sons and is committed to doing what she can to ensure he remains in prison.

“(My sons) died because of their greedy stepfather and his manipulative ways,” said Bradburn, a 60-year-old retired teacher who lives in Carollton. “I have to continue to be the voice of my children. It’s time to be the squeaky wheel . . .The family and our friends are hopeful and expecting the DA’s office to do their job.”

Waco attorney Walter M. Reaves Jr. said he is confident Graf will be acquitted if he is re-tried. Five fire science experts who have newly reviewed the case, including one hired by Reyna’s office, found there is no evidence proving the blaze was intentionally set.

“I’m excited,” Reaves said of Wednesday’s ruling. “But we still have a ways to go.”

At Graf’s original trial,  prosecutors alleged he somehow knocked out 8-year-old Jason Graf and 9-year-old Joby Graf, then carried them to a backyard storage shed before setting it on fire with the help of gasoline.

But prosecutors provided no evidence Edward Graf rendered the boys unconscious and the expert testimony about the fire was based on “arson indicators” that have since been declared bogus.

All the indicators prove, research has shown, is that a fire occurred. They can’t reveal whether it was an accident or intentionally set.

All five experts who newly reviewed the case agree such indicators were incorrectly used in the Graf case. They also questioned other parts of the prosecution’s theory.

For example, several of the experts said the door to the shed could not have been closed. If it was, the fire would not have grown to the point where it consumed the entire structure, because of a lack of oxygen, they said.

One defense expert went as far as to rule out the possibility the fire was intentionally set with an accelerant. Such a fire would have quickly generated intense flames, killing the boys before they could have inhaled the amount of carbon monoxide found in their blood, he said.

Reaves used the new scientific findings as the basis for a writ of habeas corpus — a filing detainees can use to seek relief from unlawful imprisonment — which he filed on Graf’s behalf in August.

That triggered a January hearing presided over by retired State District Judge George Allen, who handled the original case.

Allen heard testimony from two of the defense’s fire science experts. He  also received input from Reyna’s office, which agreed a new trial was warranted because of the advances in fire science. After that, Allen recommended to the appellate court that Graf be given a new trial.

The ruling released Wednesday won’t become final for 15 days. The appellate court then will issue a mandate, triggering an order for Graf to be sent to the McLennan County Jail.

The original indictment still stands, Reaves said. But Graf could be released on bond.

“That decision will be up to the judge,” Reaves said.

There are numerous other people who were convicted on questionable or flat-out wrong scientific evidence, but the law does not always provide them a way to contest that, he said.

“This is really a big step forward in catching the law up to modern science,” Blackburn said. “It’s not just an important day for Ed Graf. It’s also a big day for the innocence movement in Texas and lots and lots of people sitting in prison.”

Still, Blackburn said, there is a need for a bill pending before the Texas Legislature. It would explicitly allow courts to throw out convictions based on bad fire science.

As things are now, the law is so “mixed up” when it comes to dealing with such cases, there is no guarantee from case to case how the appellate court will rule, he said.

“The law, in general, needs the Legislature to write a statute that makes it clear we will be able to examine these cases,” Blackburn said. “This isn’t a get-out-of-jail-free card. It’s a matter of giving people the right to be tried by real science and not phony pseudoscience.”

Prosecutors and defense attorneys selecting a jury in the retrial of the 28-year-old Edward E. Graf Jr. capital murder case will be assisted b…