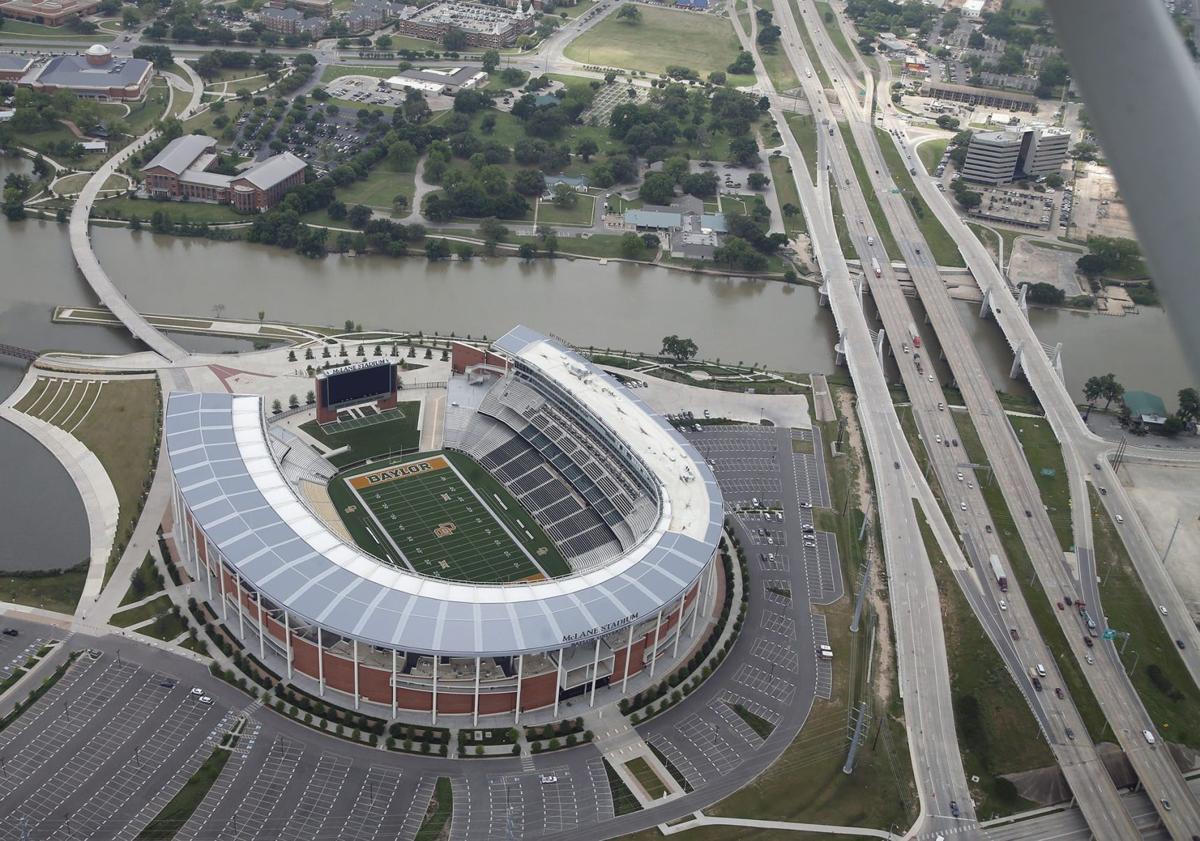 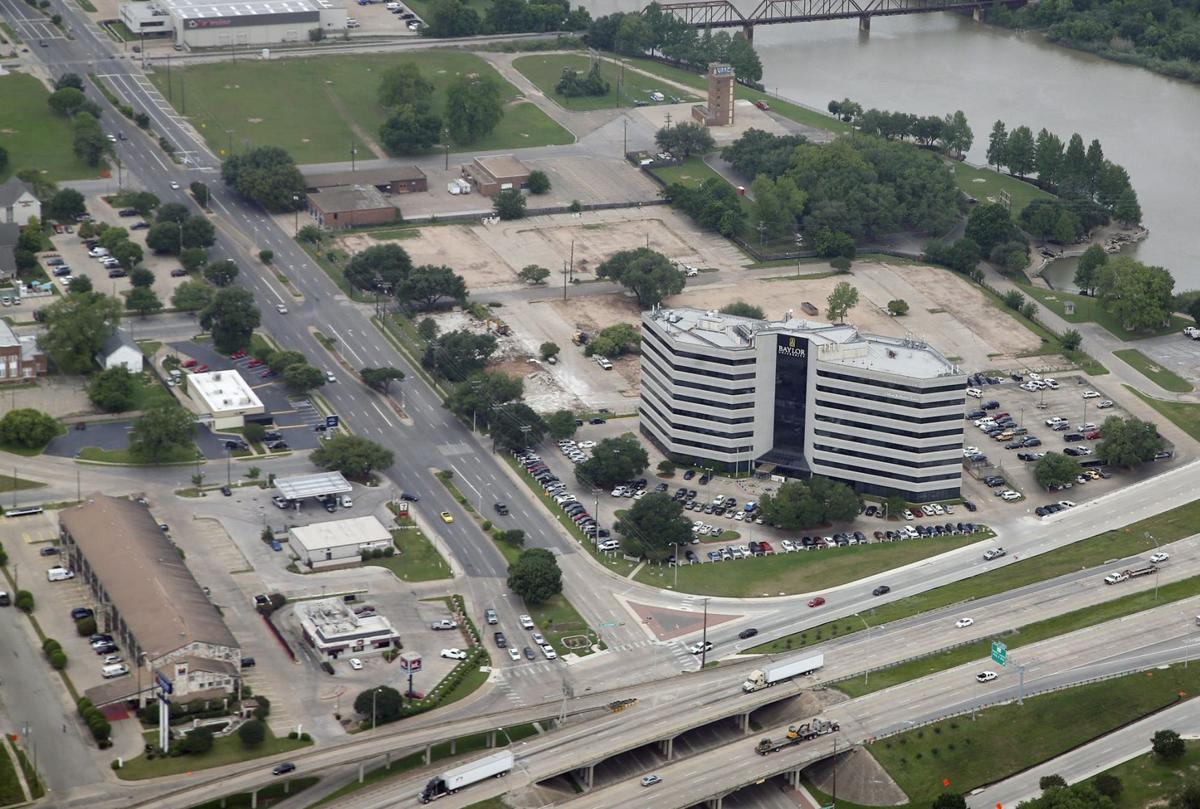 The Interstate 35 and Lake Brazos corridor through Waco has seen tremendous development in recent years. Leaders say the Baylor University’s scandal won’t put much of a damper on the city’s economic development. 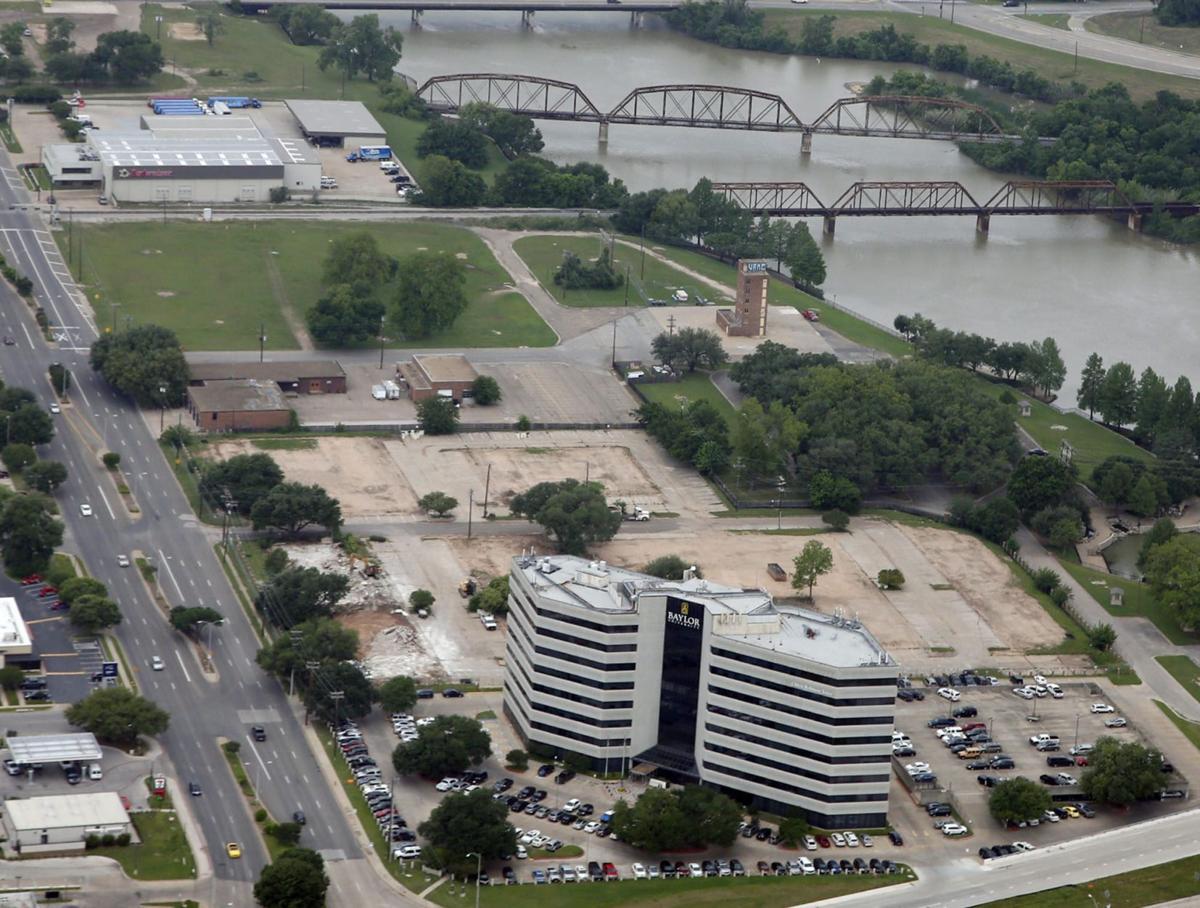 Downtown Waco has experienced an explosion of redevelopment in recent years, many involving Baylor University graduates. Leaders say the school’s scandal won’t put much of a damper on the city’s economic development. 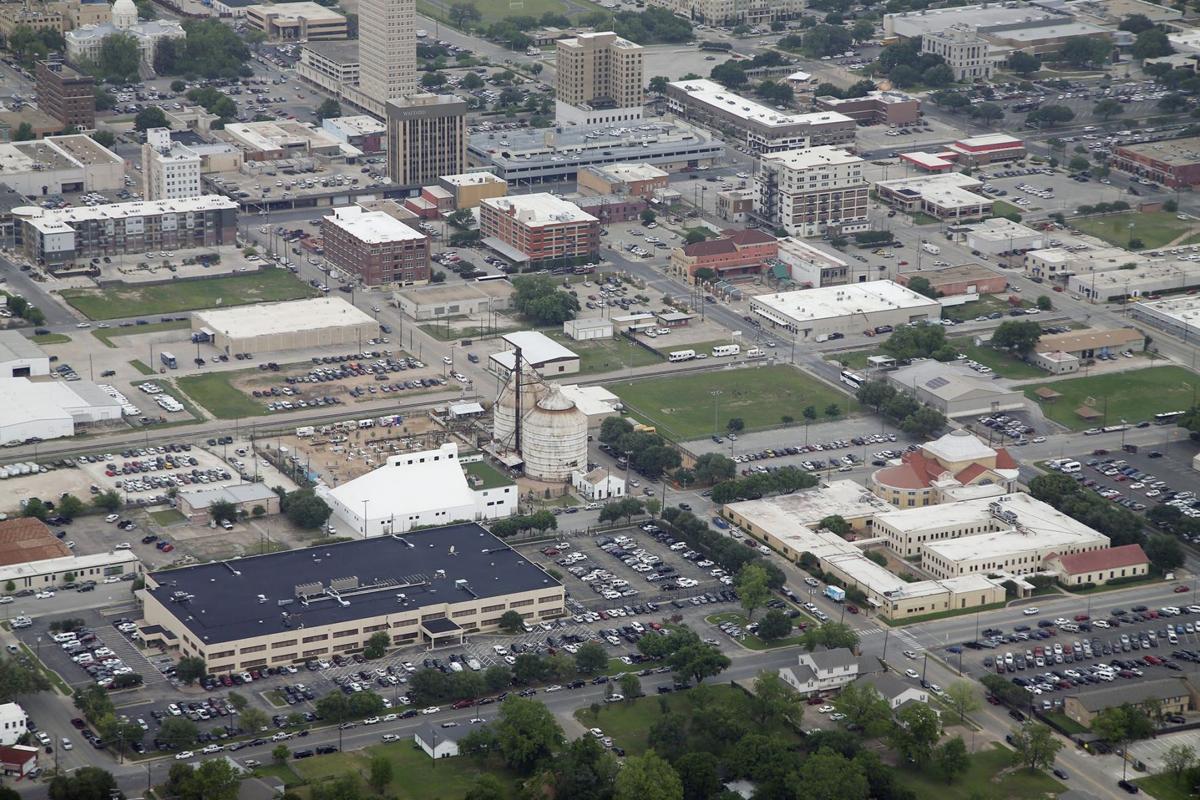 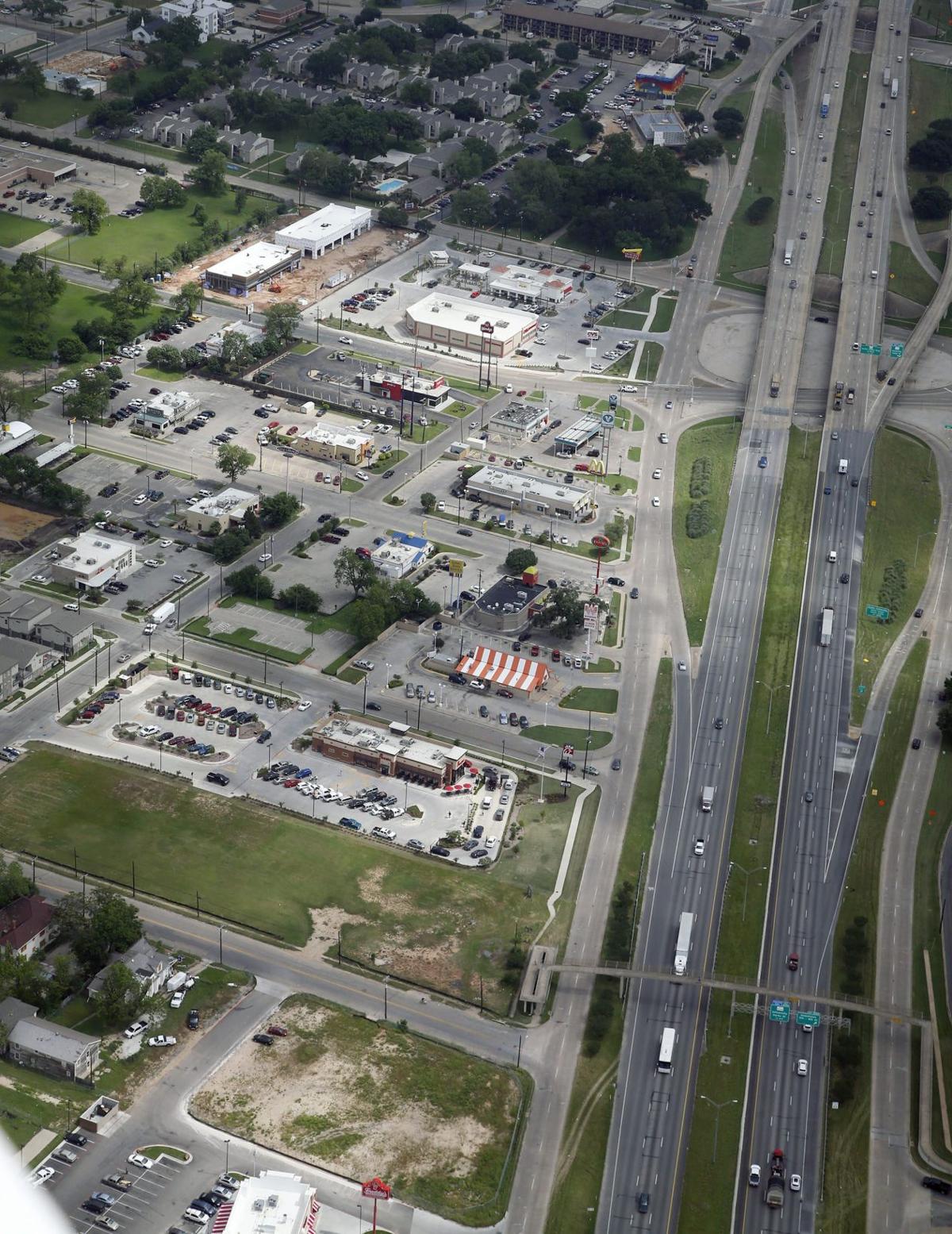 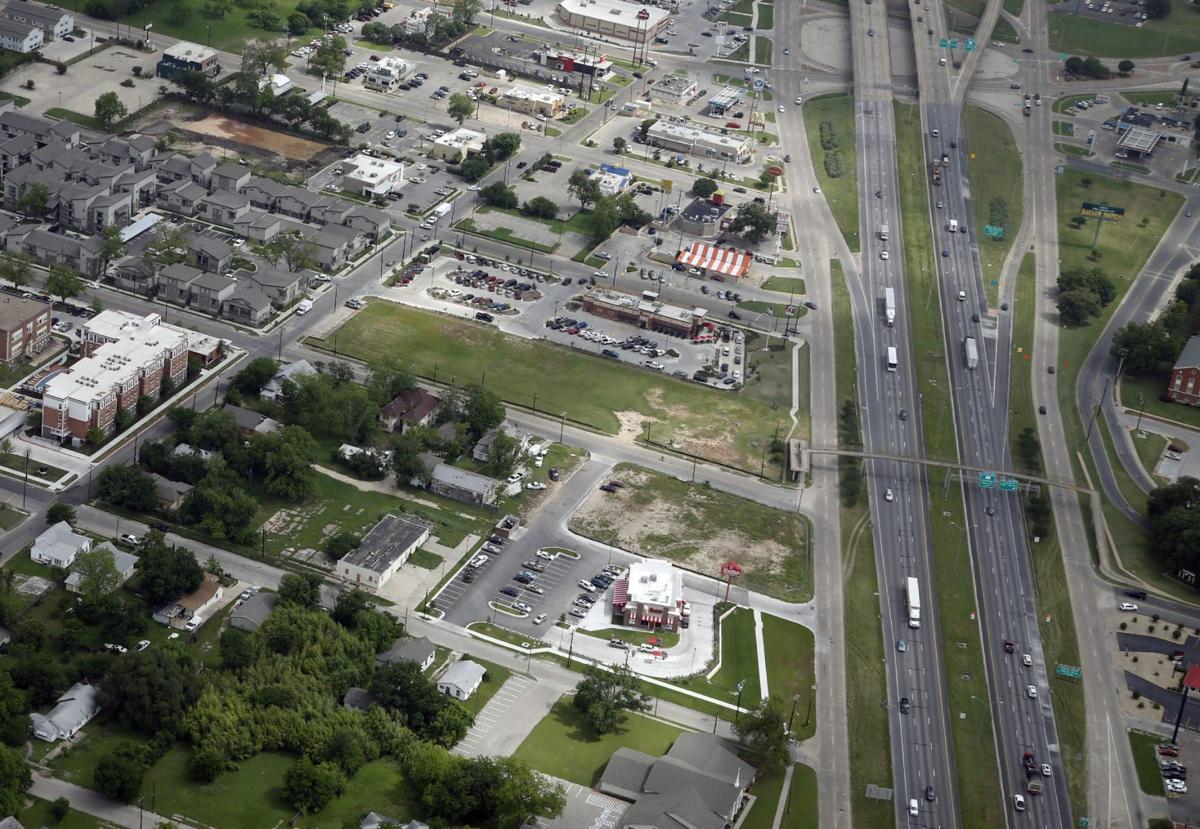 The Interstate 35 and Lake Brazos corridor through Waco has seen tremendous development in recent years. Leaders say the Baylor University’s scandal won’t put much of a damper on the city’s economic development.

Downtown Waco has experienced an explosion of redevelopment in recent years, many involving Baylor University graduates. Leaders say the school’s scandal won’t put much of a damper on the city’s economic development.

As Baylor University deals with a scandal that cost head football coach Art Briles his job and removed Ken Starr from the presidency, the Waco community is wondering if the economic boom times Baylor helped create in recent years will wither on a green-and-gold vine.

Despite the concern, most city and business officials contacted Friday said they believe Baylor will recover, and Waco’s momentum should remain a force to reckon with.

A sparkling $266 million McLane Stadium still dominates the view as travelers enter Waco from the north on Interstate 35, but the man who put Big 12 championship-caliber teams on the field has been sent packing, accused of shielding athletes accused of crimes from punishment and running a program that discouraged an alleged victim of a player from reporting a sexual assault.

Questions arise about continued national interest in placing retail stores and restaurants on I-35 near campus if the winning stops and Baylor again becomes a punchline on the gridiron. Will fans continue to pack the jewel on Lake Brazos, enjoy meals after the game and spend the night in new hotels if the cheering fades and Baylor’s hometown becomes the target of ridicule instead of a must-see destination for site-selection professionals?

“I know what’s happened may be shocking, but in the long run, we’ll be OK,” said Sammy Citrano, owner of the popular George’s Restaurant & Catering on Speight Avenue and avid Baylor supporter who frequently caters meals for the school’s athletes. “I know many of the hotels, restaurants and retail stores that have opened in Waco did so because of Baylor and that new stadium. They have said so when asked.

“Now we have to look at the positive side. We still have that beautiful stadium, and I believe the fans will still come. Judge Starr and coach Briles have done great things for this city, but sad mistakes have been made. We’ll rebound because that’s what we have to do.”

Lake Brazos links the heart of downtown Waco to the Baylor campus and the McLane Stadium complex. Gameday fans gather along Austin Avenue to catch a trolley to the stadium. In so many ways, the Tribune-Herald was told, Baylor and Waco are intertwined. Graduates are seeking the opportunity to invest, not leave, and are pumping millions into decrepit downtown structures, creating restaurants, sports bars, office space and loft apartments.

Dallas-based Catalyst Urban Development sees potential in Waco’s downtown waterfront. It envisions a sprawling, multi-phase development valued at $40 million to $50 million, and has entered into a memorandum of understanding to use city-owned land along the Brazos across I-35 from Baylor.

Catalyst Urban Development has become so impressed with what’s happening in Waco, City Manager Dale Fisseler said, that it may combine the first two phases of its proposed development, an upscale multi-family housing complex dotted with cafes and retail stores, into a single phase to hasten the project.

Fisseler said he has no doubt Catalyst remains sold on Waco and the riverfront project, despite this week’s revelations at Baylor.

He recalled the deadly Twin Peaks shootout on May 17, 2015, at Central Texas Marketplace involving biker gangs and law enforcement. The melee left nine bikers dead, and some suggested the bloody encounter would attach a stigma to Waco and the shopping center at West Loop 340 and Interstate 35.

‘Not slowed at all’

“I have not seen that proven to be true,” Fisseler said. “New construction has not slowed at all.”

Fisseler said he hopes to have land clearing begin by this time next year on Catalyst’s proposed development.

“It is difficult to describe how much interest I’ve seen in recent months from investors wanting to know about potential sites in Waco. They come to see me,” said Fisseler, who previously worked for the city of Fort Worth. “I know from my time in the Metroplex that a number of things are motivating interest in development.”

He mentioned the phenomenon that Chip and Joanna Gaines’ Magnolia Market at the Silos has become; the popularity of Balcones Distillery, which has won more than 160 awards for its whiskey and recently moved into a downtown building it spent $15 million to renovate; and the Waco Mammoth Site, which has received a National Monument designation.

Megan Henderson, City Center Waco executive director, said McLane Stadium and the success of Baylor’s football program, which won two conference championships the past three years, has created “incredible momentum” that has benefited all of Waco, including the inner city.

“People have loved watching Baylor football for many years, and winning in a beautiful, comfortable, enjoyable facility is a recent part of that. It’s a chapter in a long story,” Henderson said. “Now comes a difficult chapter, but I’m confident in the nature of the enduring phenomenon of fans attending Baylor games.”

She said she perceives a change in Baylor’s view of its hometown, a bursting of the Baylor bubble with the school’s conscious effort to “turn its face to the city and wrap its arms around the city.” That relationship, and the fact so many Baylor faculty members, professors and students are invested in Waco, “does not stop on a dime.”

The culture created by the interaction between Baylor and Waco carries much more depth than “six football games a year,” she said.

David Sykora, who in 2014 placed a new Chick-fil-A restaurant at Seventh Street and Interstate 35, said, “I’m no fortune teller, but I think development downtown will continue to grow and flourish.”

Sykora said he would have had no second thoughts about placing a Chick-fil-A where he did even before the scandal broke.

Sykora said he grew up in Waco, graduated from Baylor in 2000 and traveled much of the world for a pharmaceutical company.

He said he was attracted to Waco by the entire city’s momentum, not simply construction of a new football stadium.

David Hicks, a Baylor graduate and president and CEO of American Bank, said, “The emotion of this will turn to logic and reason at some point in time.”

Hicks said there is no doubt the success Baylor has enjoyed on the football field has contributed to the optimism many feel about the local economy.

“I know what Baylor is, what it represents and what it strives for, and it’s not what it is being drug through today,” he said. “But its future will return to brightness.”

Carla Pendergraft, director of marketing at the Waco Convention Center, said it is too early to gauge the impact of Baylor’s scandal on the local economy.

“We’ll have to see what Baylor’s next move is, what shakes out,” Pendergraft said. “This has been called the billion-dollar decade of development in Greater Waco, and the stadium was only part of it. I’ve read where some recruits are reconsidering their commitment to Baylor, but that does not mean tourism prospects will reconsider.

“We have a lot of confidence in the Waco economy for the long term, and we’ll keep marketing what the city has to offer.”

No interim coach named yet as Baylor future remains cloudy

Baylor looks to move beyond ‘fundamental failure,’ removes president and coach amid controversy

Starr: Not told of interpersonal violence until fall of 2015

EDITORIAL: Failure by some in Baylor sexual-assault scandal sets us all back

LETTERS: Readers sound off on Baylor tumult, its many victims

After mostly silence and stonewalling for nine tumultuous months amidst a crisis involving sexual assaults at Baylor University, many of us se…

Can the sunshine of transparency save Baylor University? Q&A with former Baylor President and Chancellor Ken Starr

Inside: Watch the complete video of our Wednesday interview with Starr.