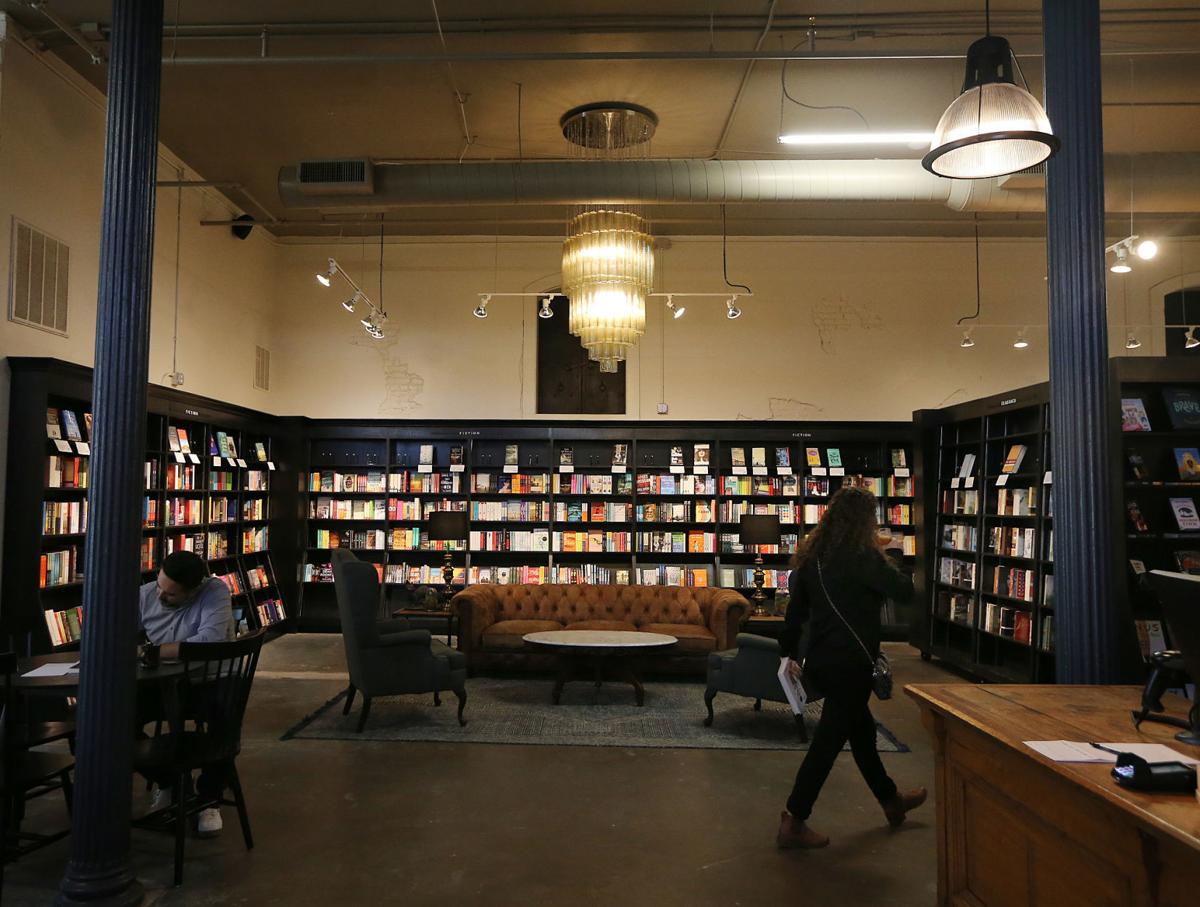 Fabled Bookshop & Cafe, 215 S. Fourth St., opened this week with 13,000 books on its shelves and plans to add more soon. The store has room for about 20,000 books, plenty of reading nooks and a children’s area. 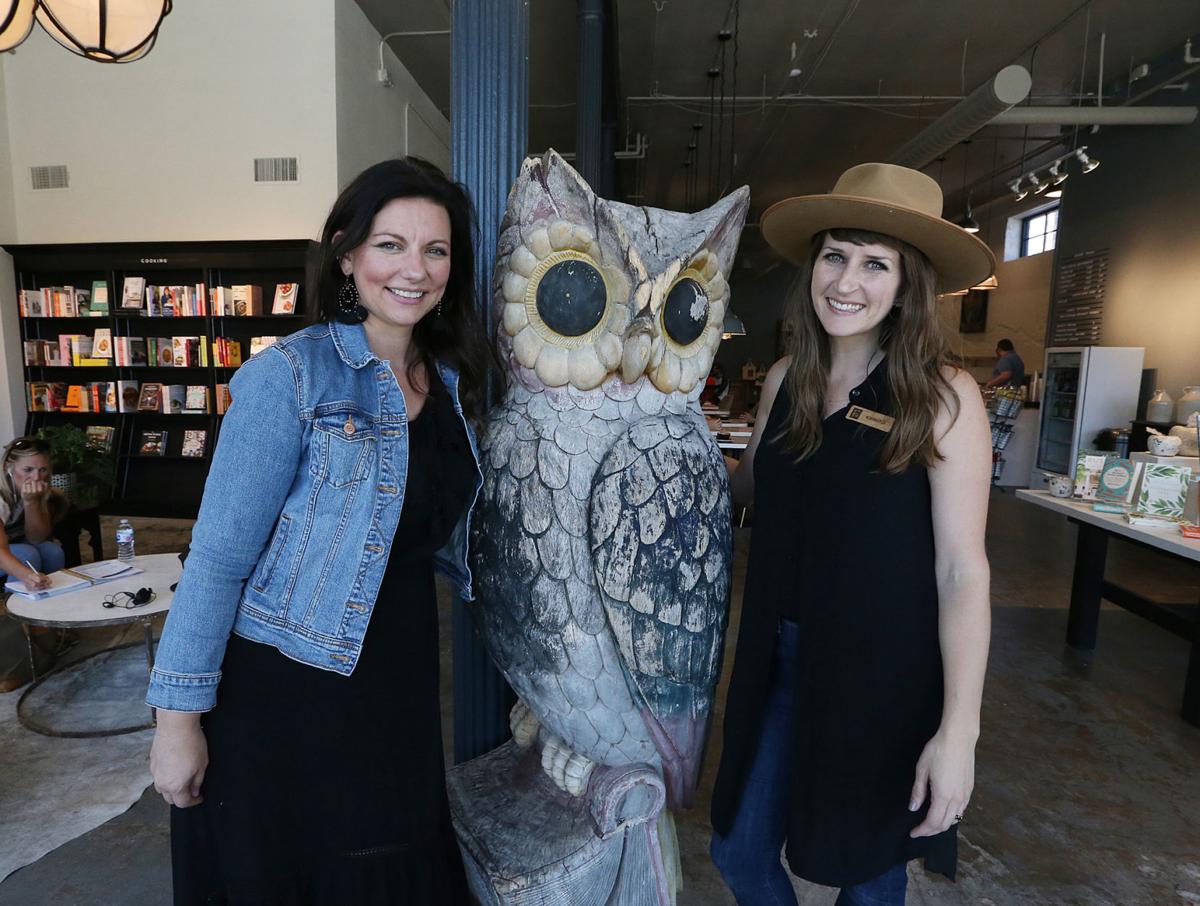 Alison Frenzel and Kimberly Batson stand with the wooden owl that greets people entering their Fabled Bookshop & Cafe. at 215 S. Fourth St., which opened this week. A formal unveiling is planned for early next week. 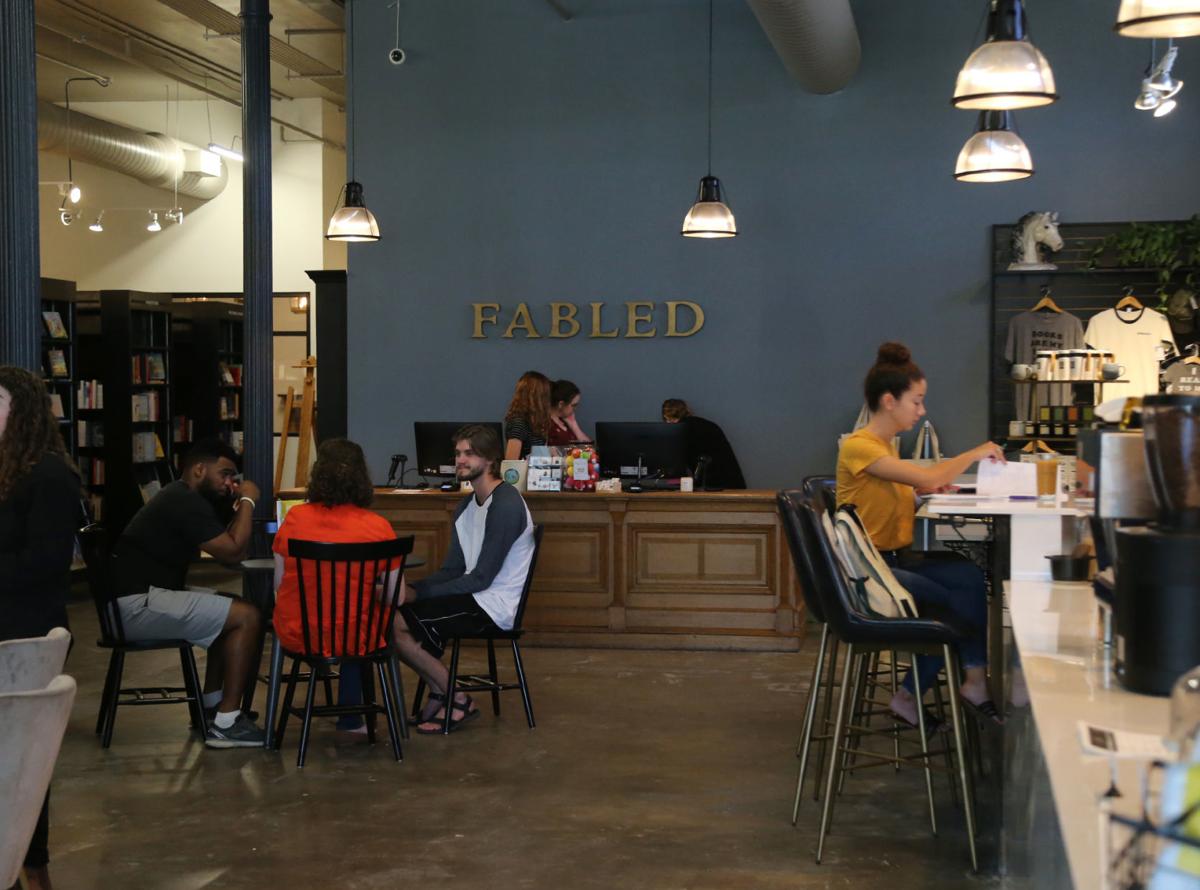 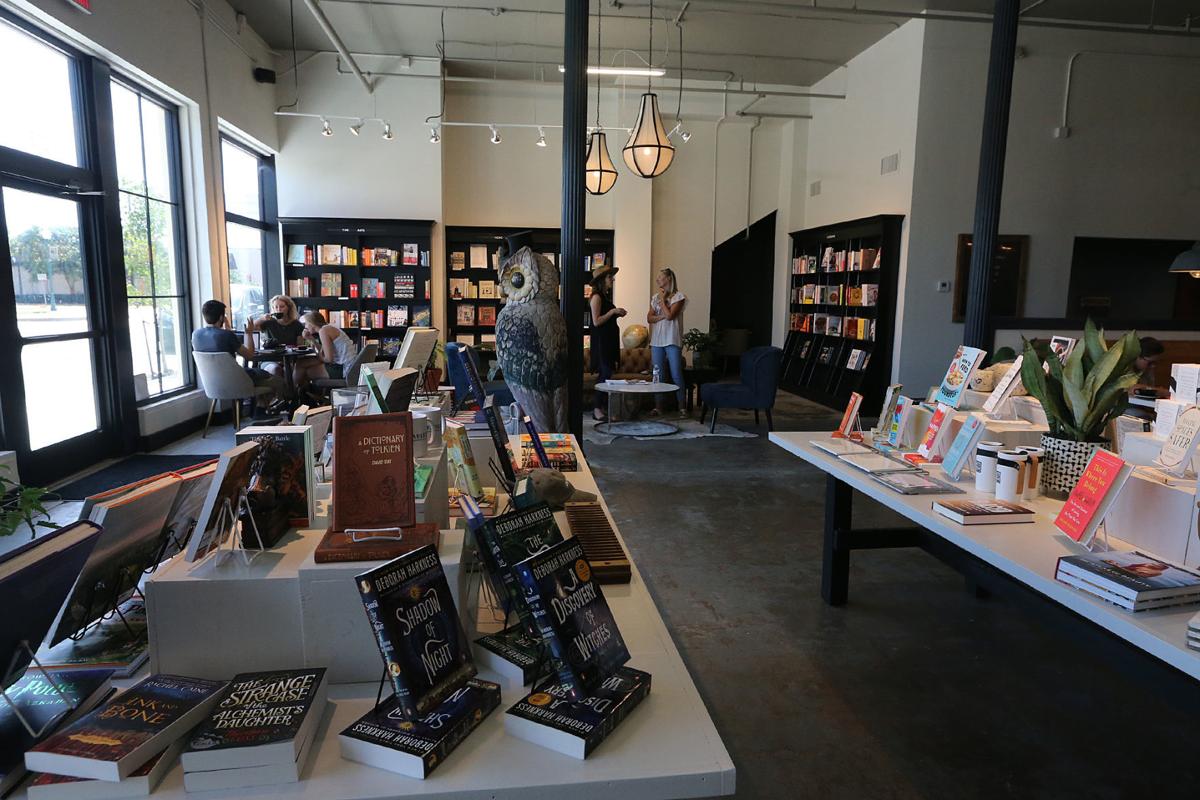 Fabled Bookshop & Cafe opened this week at 215 S. Fourth St. A formal unveiling is planned for early next week.

Fabled Bookshop & Cafe, 215 S. Fourth St., opened this week with 13,000 books on its shelves and plans to add more soon. The store has room for about 20,000 books, plenty of reading nooks and a children’s area.

Alison Frenzel and Kimberly Batson stand with the wooden owl that greets people entering their Fabled Bookshop & Cafe. at 215 S. Fourth St., which opened this week. A formal unveiling is planned for early next week.

Fabled Bookshop & Cafe opened this week at 215 S. Fourth St. A formal unveiling is planned for early next week.

Madeline Bull, 18, found herself a long way from her hometown of Honolulu on Thursday. She and her mother, Virginia Bull, were strolling through Waco’s new bookstore near Fourth Street and Franklin Avenue.

“It’s amazing,” Madeline said with a smile. She will start classes at Baylor University next week, leaning toward a career in sleuthing and forensic science. An avid reader, she assured she will haunt Fabled Bookshop & Cafe during off-hours, and might even tender a job application.

Fabled is a true story starring Waco natives Alison Frenzel and Kimberly Batson, who announced nearly two years ago their designs on opening a reading, browsing and coffee-drinking getaway downtown, an oasis in the bustle of construction and progress engulfing the city’s center.

Fresh from renovating the 6,500-square-foot space at 215 S. Fourth St., near the conversion of Behrens Lofts to high-end condominiums, the proprietors are holding a soft opening that will continue through the weekend. A more formal unveiling is scheduled early next week, Frenzel said.

The crowd started to swell inside Fabled on Thursday afternoon, traffic steadily drifting in from the heat. Couples, kids, students and Fabled staffers mingled. Works of fiction and nonfiction are carefully arranged on the black shelving, as are cookbooks, biographies, mysteries, histories, classics, kids’ books and others encompassing religion, philosophy and spirituality, as the signs says.

Waco is full of readers, according to her research and that borrowed from others. Frenzel and Batson vowed to stock their store with titles that locals would find appealing. What they may lack in volume, they hope to make up for with merchandise targeting an audience, she said.

“We’re starting with 13,000, have room for at least 20,000, and probably will add 2,000 more in the near term,” Frenzel said. “We’ve examined book lists on school websites, sent emails to our Fabled Fellows, local reading enthusiasts who follow us on Facebook, and we factored in our own reading joys. We have tried to include a discoverability factor.”

Still, she said, their approach must include a caveat.

There is no such thing as perfect inventory.

Some visiting the shop Thursday seemed eager to argue that point. They said they closely followed progress in renovating the space owned by local businessman Bill Wetterman. The busy boulevard is seeing new sidewalk construction. Up the street, Wetterman, working with real estate agent Gregg Glime, has sold more than a dozen condominiums priced at $250,000 and above and placed more under contract, Glime said in an email response to questions.

“Fabled bookstore is a great win for downtown,” Glime wrote. “It is one of the proudest projects I have had the opportunity to work on. It’s a huge step in the right direction for our chicken-or-egg puzzle downtown. We need people living and working downtown. But we need entertainment, food and amenities to make this attractive. Which comes first?

“Kimberly and Alison deciding to place this in the middle of downtown is exactly what our city needs. Not only did they do a fabulous job on the build-out, design and implementation of the concept, but they are two local women who poured tons of time and energy into bringing this project to life. I truly believe this is a difference maker for downtown Waco.”

He said office space above Fabled “is getting tons of attention, and we are working on a number of different tenants for upstairs.”

Nearby, progress continues on The Containery, a mixed-use project that applies shipping containers to the construction process.

“With The Containery finishing up this fall, Fabled opening and the Behrens project, this truly is one of the most exciting blocks downtown,” Glime said.

Chris and Melanie Wheat, ages 35 and 30, respectively, and parents to two small daughters, said they were impressed with the Fabled experience.

“Personally, I think it will do well,” said Melanie Wheat, who learned of the soft opening via Facebook. “The layout is good. You can sit and read and drink coffee. The ambiance is calming and welcoming. It has warmth.”

Furniture with character lines is tucked into nooks and crannies, welcoming readers wanting even more privacy. There are stuffed chairs and Fabled-labeled merchandise. A 5-foot-tall wooden carving of an owl wearing a top hat, its talons clutching a book, seemingly eyes each entrant.

A children’s area is stocked with costumes, learning games and tiny chairs. Whimsy has placed there a secret entrance, one that fans of C.S. Lewis’ “The Lion, The Witch, and the Wardrobe” surely will understand.

Tags designate titles in each section recommended by staffers.

Examples include “Why I Wake Early” by Mary Oliver, “The All-Girl Filling Station’s Last Reunion” by Fannie Flagg and “The Bone Season” by Samantha Shannon.

“We bring attention to best-sellers that still fly under the radar,” Frenzel said.

She said the shop and cafe employ about 30 between them.

“I can’t say enough about their attention to detail,” said Sherrae Cornett, a teacher at Valor Preparatory Academy who visited the store with colleague Lauren Allbritton, both friends of the founders and fans of Fabled.

“Just what we need, a locally owned bookstore,” Allbritton said. “They took tons of surveys, asked countless people, ‘What do you read?’ This was very much created to serve Wacoans, and it is very exciting.”