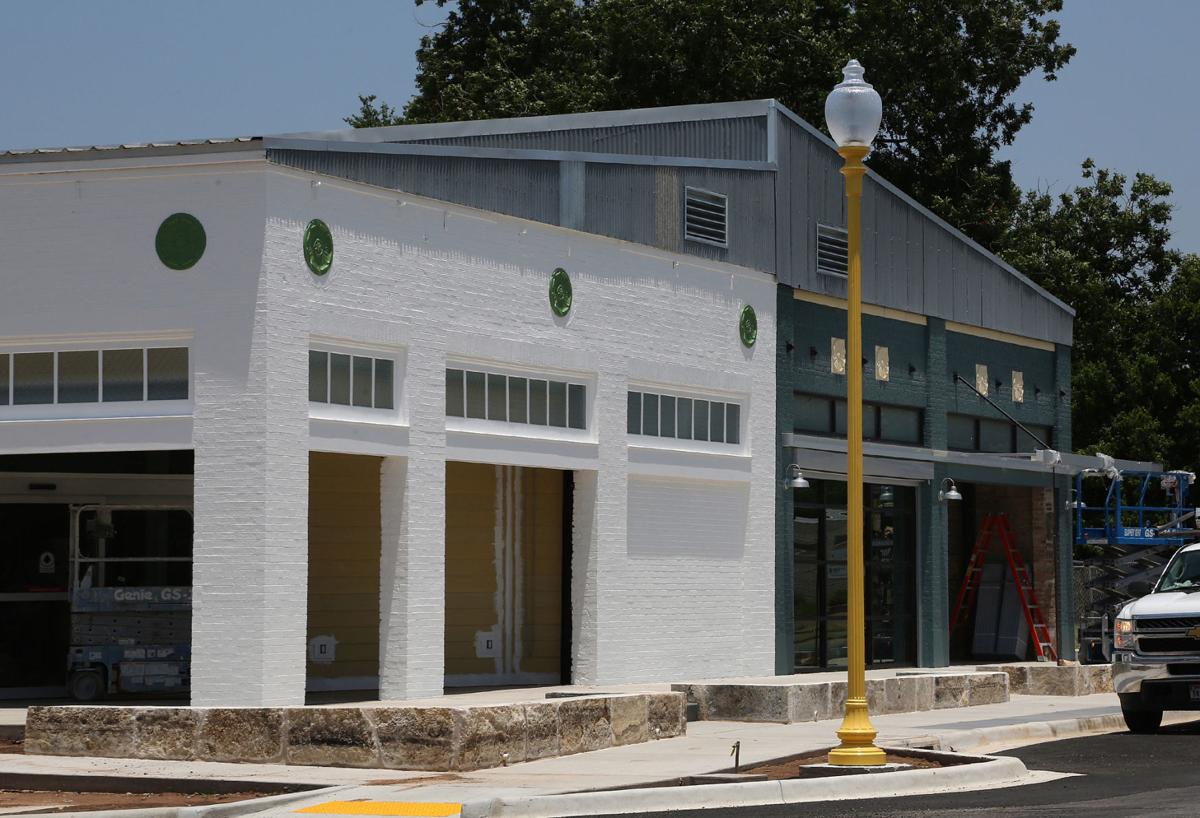 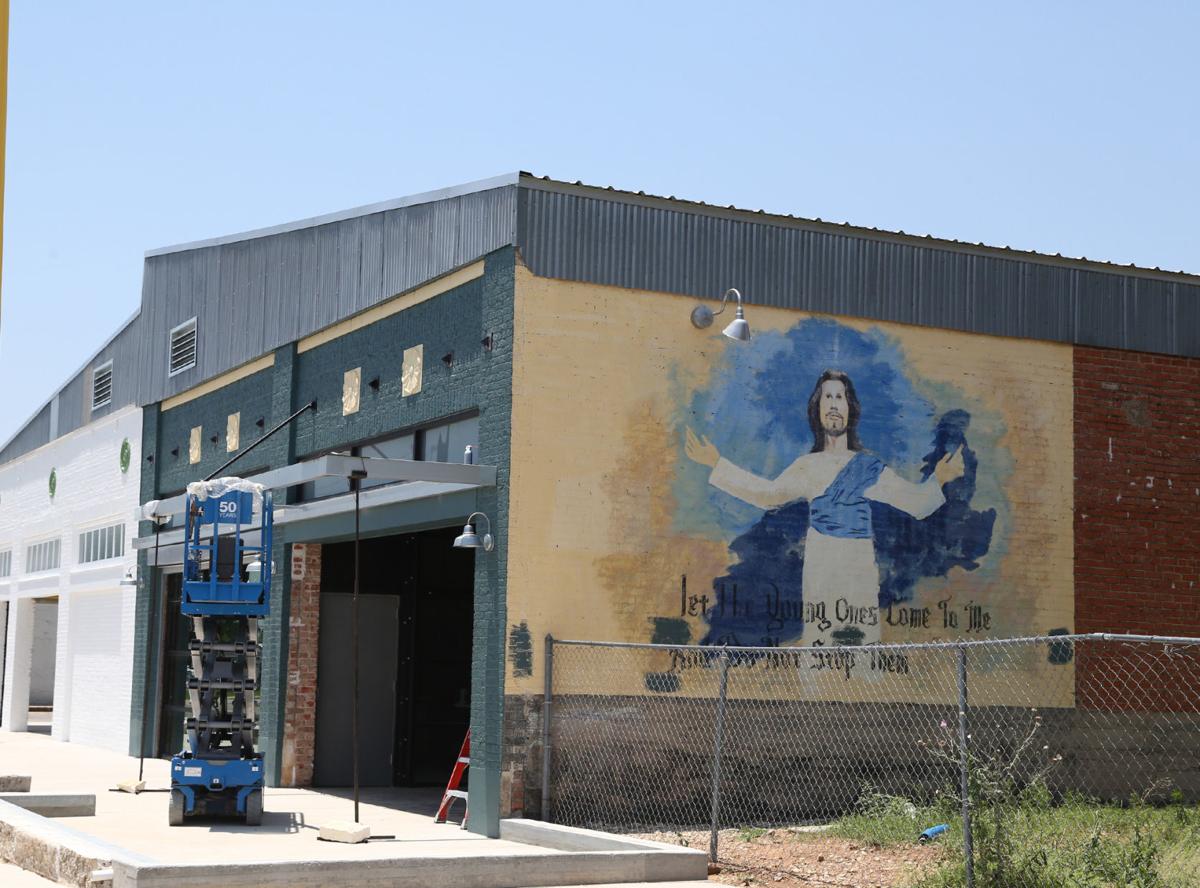 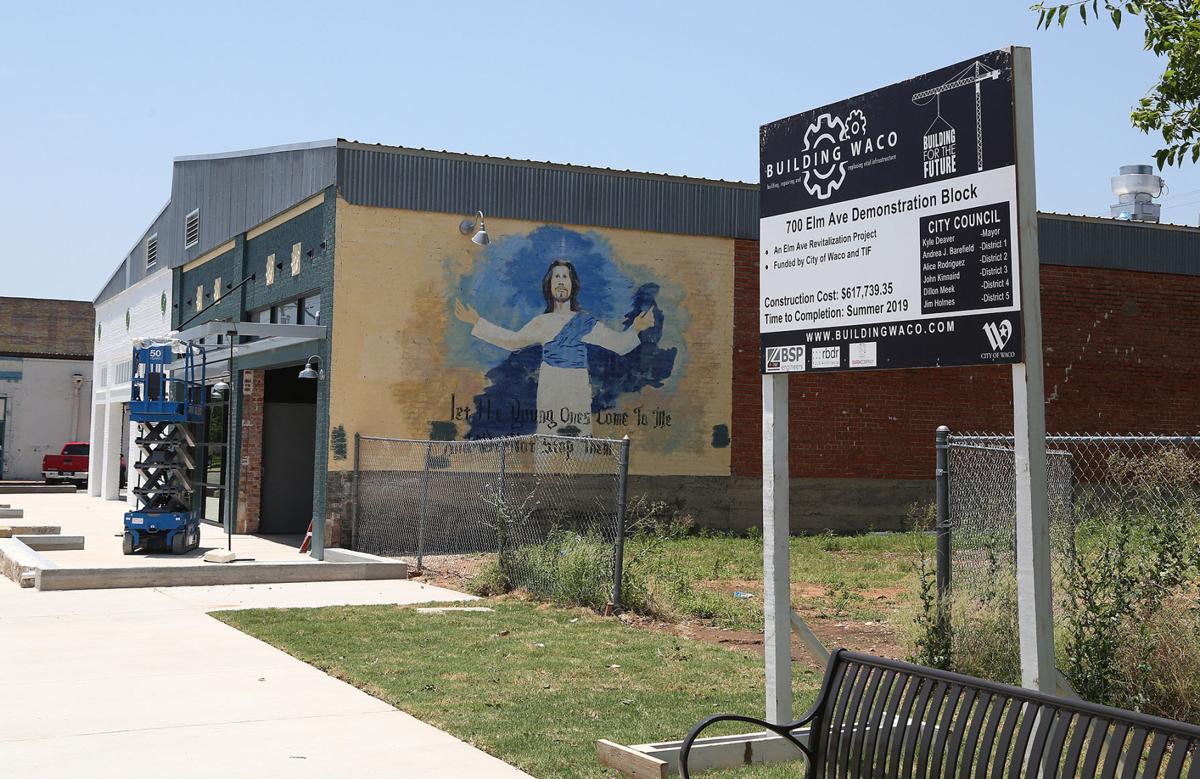 As work on the The Elm Avenue Market continues with city financial backing, the company behind it is opting to highlight the building’s historical features.

Rapoport Academy founder and Lula Jane’s owner Nancy Grayson said work on the 78-year-old building at Elm and Preston Street uncovered transom windows hidden in the walls of the original building. Rather than press forward with original plans, Grayson said she opted to recreate the windows. The building’s brick and mortar requires repointing, and plans for the market include period-accurate awnings to complete the picture.

“It brings it back, historically, to the 1930s where it all began,” Grayson said. “It’s welcoming, it’s inviting, it’s bright, it’s fresh.”

The city approved an almost $97,000 grant from the Tax Increment Financing Zone to support the project, and the TIF board recommended amendments to Cottages on Elm LLC’s TIF contract Thursday.

The board signed off on shifting $22,011 originally set aside for sidewalks and parking improvements to instead be used to cover the cost of restoring historical elements of the building, including the awnings, windows and masonry work.

“We are trading it out and bringing it back in place of the sidewalk work,” Grayson said.

Other funding is covering the sidewalk work.

The board also recommended a reduction in the building’s appraisal dispute amount from $413,000 to $346,759. Recipients of TIF grants agree not to dispute property valuations up to a certain threshold once their redevelopment project is complete.

“We’re pretty close on the structure itself,” Grayson said, estimating the building will be complete in about a month.

Grayson announced the project in 2017, after she bought the building at Elm and Preston. The building has served many purposes over the years but was most recently used as a Community Baptist Church community center. She said the market will fill a need in an area deemed a food desert by the United States Department of Agriculture.

Grayson plans to focus on offering fresh foods at the store, she said.

“We will have no chips, no sodas, no cookies,” Grayson said. “This is where you come to get the good stuff.”

She said neighbors will also be allowed to sell produce at the market, and a basketball court behind the market will be repurposed as an outdoor theater where movies will be projected against the wall.

“That’s one of the reasons to paint the market white, so we have that screen available,” Grayson said.

She said the market will also have some amenities specifically for residents of the 76704 ZIP code, though she declined to elaborate.

“This is well-spent money for Elm, for a building that is 78 years old, and for the potential of a grocery and market for the neighborhood,” Grayson said. “We have to take care of our neighbors.”

The TIF board addressed several other matters during its meeting Thursday. The board declined to recommend the city give an additional $1.7 million in TIF funding to an incoming Hyatt Place Hotel for public parking spaces. The city has already approved $1.9 million in TIF money for other elements of the hotel project.

The board recommended approval on $495,087 for parking, lighting and pedestrian improvements at the Cameron Park Zoo and the Texas Ranger Hall of Fame & Museum.

Shortly before the meeting, Magnolia representatives contacted Economic Development Executive Director Melett Harrison and requested to postpone their TIF application for an expansion of Magnolia Market at the Silos, which was on the docket for the day.

“We’re still in the process of solidifying all of the project details, and, given the scope and scale, we decided to hold off on the application right now,” Harrison said, repeating what the Magnolia representative told her.

A fresh food market for East Waco, along with a bookstore and a large boutique emporium in d…