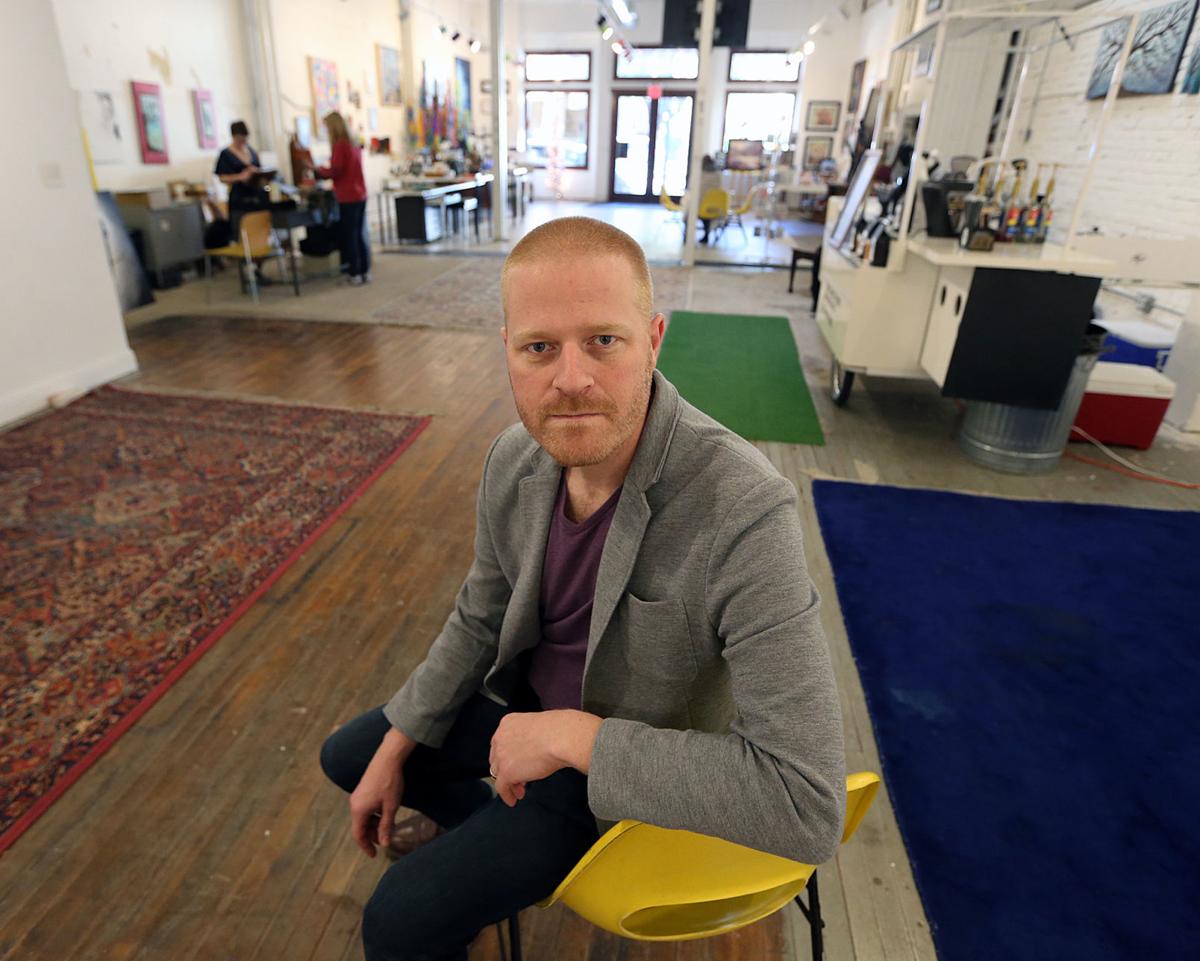 Adam Moore is the founder of Analog, a storytelling group that specializes in “confessional storytelling.” 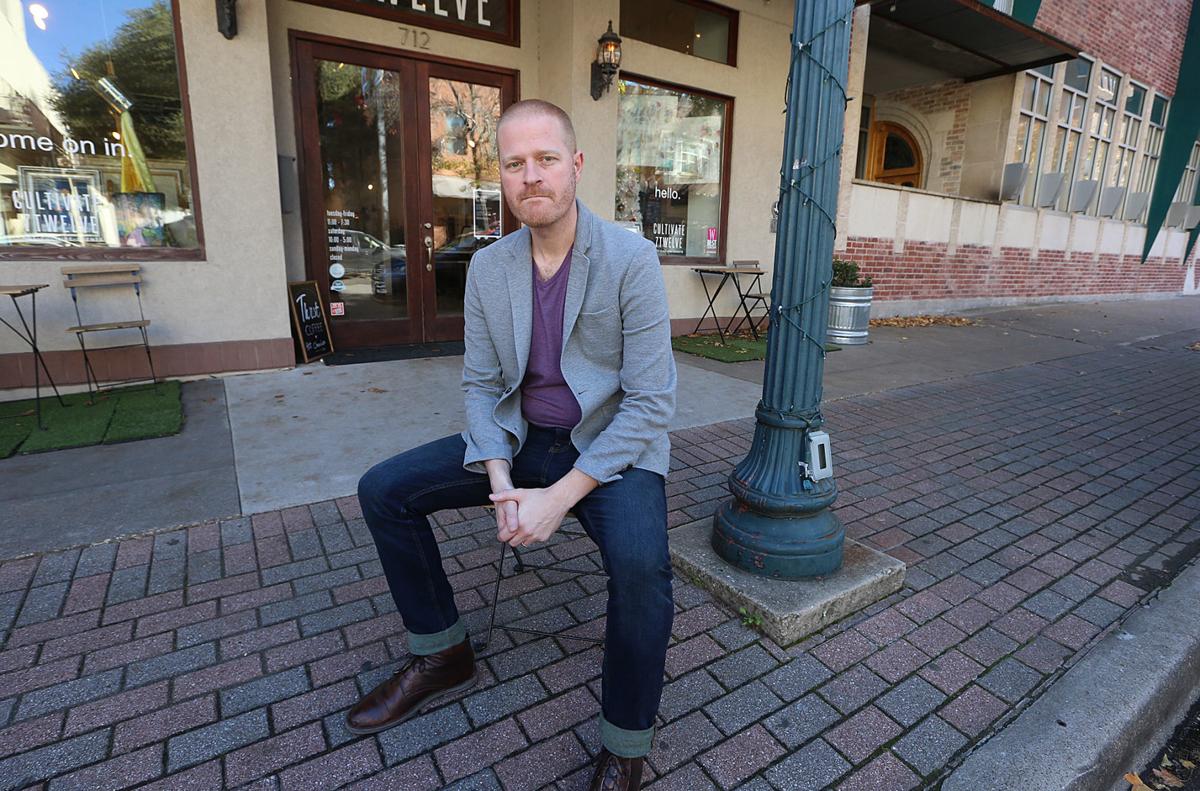 Adam Moore is the founder of Analog, a storytelling group that specializes in “confessional storytelling.” After two events at Pinewood Coffee Bar, the third will be Friday night at downtown Waco’s Cultivate 7twelve.

Adam Moore is the founder of Analog, a storytelling group that specializes in “confessional storytelling.”

Adam Moore is the founder of Analog, a storytelling group that specializes in “confessional storytelling.” After two events at Pinewood Coffee Bar, the third will be Friday night at downtown Waco’s Cultivate 7twelve.

“The Darkest Night of the Year” is the theme for Friday’s Analog Waco storytelling event, but it’s a safe bet that many of those participating won’t be talking about the winter solstice that night.

It’s hard to predict what will end up being shared in front of an audience at downtown Waco’s Cultivate 7twelve outside of something personal and authentic. That’s the point of what founder Adam Moore calls “confessional storytelling.”

“So much of our life takes place in a digital world. We wanted to find a way to step back from that and have some human interaction not through a screen or mediated by social media,” explained organizer Adam Moore, assistant director of Baylor University’s Honors College and creator of the Instagram photolog Lost In Waco. “It kinda surprised me how much people were wanting that.”

Moore, 39, experienced something similar several years ago at University Baptist Church and thought about ways to offer that in the greater community. Analog Waco started last spring at Pinewood Coffee Bar with the theme “Lost In Waco.” Its success led to a second session this fall, “The Sound of Failure,” which drew a crowd of nearly 100 people, most in their 20s and 30s.

Friday’s event is the first held at a different location than Pinewood Coffee Bar, with the next session planned for Feb. 8 at Brotherwell Brewing, and Moore hopes the geographical change brings more people into the circle.

“The idea behind Analog is to be a storytelling event focused on true personal storytelling. It’s about vulnerability and authenticity rather than the performance,” Moore explained. “It’s more about human connection.”

Planners generally invite four or five people to share their stories with an open mic period for audience members moved to share their experiences and stories. What unfolds is part of the evening’s magic. “You’re not sure what to expect. That’s the ‘experiment’ of ‘an experiment in confessional storytelling,’” he said.

“The Fear Of Failure,” for instance, had a military veteran sharing about the loss of a friend, an artist speaking on an artist’s life, a young woman talking about womanhood and, in the night’s most galvanizing moment, a woman talking about younger years in which she was trapped in sex trafficking, drug use and homelessness.

“I was stuck in this resounding cycle of failure,” said that woman, 35-year-old Sthefanie Welch (the H in her first name is silent, she says). What compelled her to volunteer that story to strangers and in front of her 67-year-old mother, who was in the audience? A time 13 years later which finds her happily married to a state trooper, mother to two adopted boys and owner of the Waco-area retail shop Black Daisy Boutique, Welch said.

“For me, I’ve always been very open about my life and walk . . . (but) it’s always scary to share that part of my life,” she admitted. An important part of that story, however, is how faith pulled her through. “I talk about the victory behind that.”

What Analog offers is an environment where those personal experiences and truths can be shared, in person, with others. “People are actually together and not on their phones. You’ve got them listening, something that’s not happening anymore,” she said. “It’s definitely all true and all personal.”

Steve Veracruz, an artist and writer who leads the Central Texas Artists Collective with his wife Angie, caught the last few participants in “The Fear of Failure” and found the public truth-sharing similar in some ways to that encountered in poetry readings and open mics, yet different.

“There was more content,” he said. “It was basically confession — and it completely enthralled the audience. When I got there, there was complete silence.”

Poetry and literary readings often create similar moments of vulnerability and emotional intimacy, but the brevity of pieces shared and the variety encountered in a themeless event or open mic session can make that environment harder to sustain, Veracruz said.

“That’s what makes both of these types of opportunities very valuable,” said Veracruz. “It helps there is this level of communication. It’s so therepeutic — that’s what art is.”

Analog Waco’s meeting will follow a Waco Poets Society reading at 6 p.m. at Cultivate 7twelve. Moore hopes that people take part in both, with the growth of a listening and sharing community an end result.

Welch noted that she found in Analog audiences a welcome diversity and an acceptance for others’ stories, true and confessional. “Come with an expectant and open heart,” she said. “And never judge a person by what you see.”

“The Darkest Night Of The Year” - Analog Waco storytelling event

Analog Waco: “The Darkest Night Of The Year”