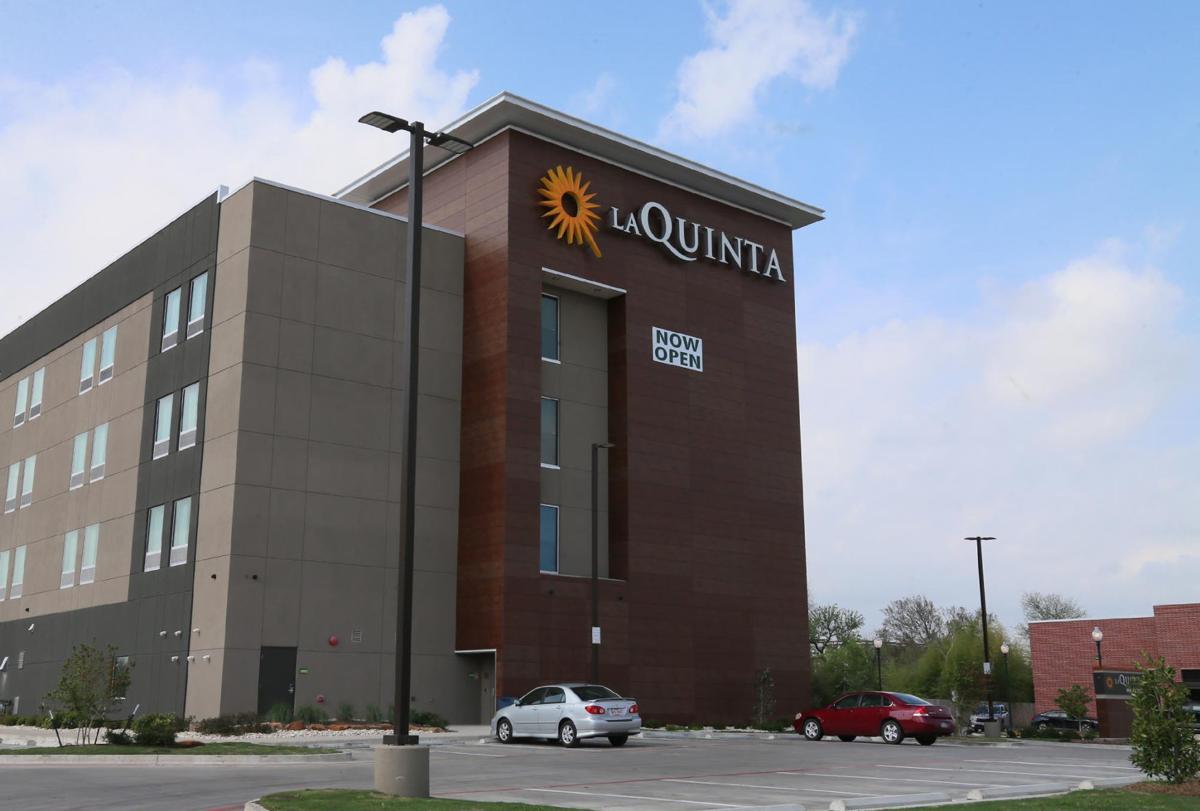 Local hotels have seen a dramatic reduction in business as measures to protect public health have limited gatherings during a time poised to see high occupancy rates. 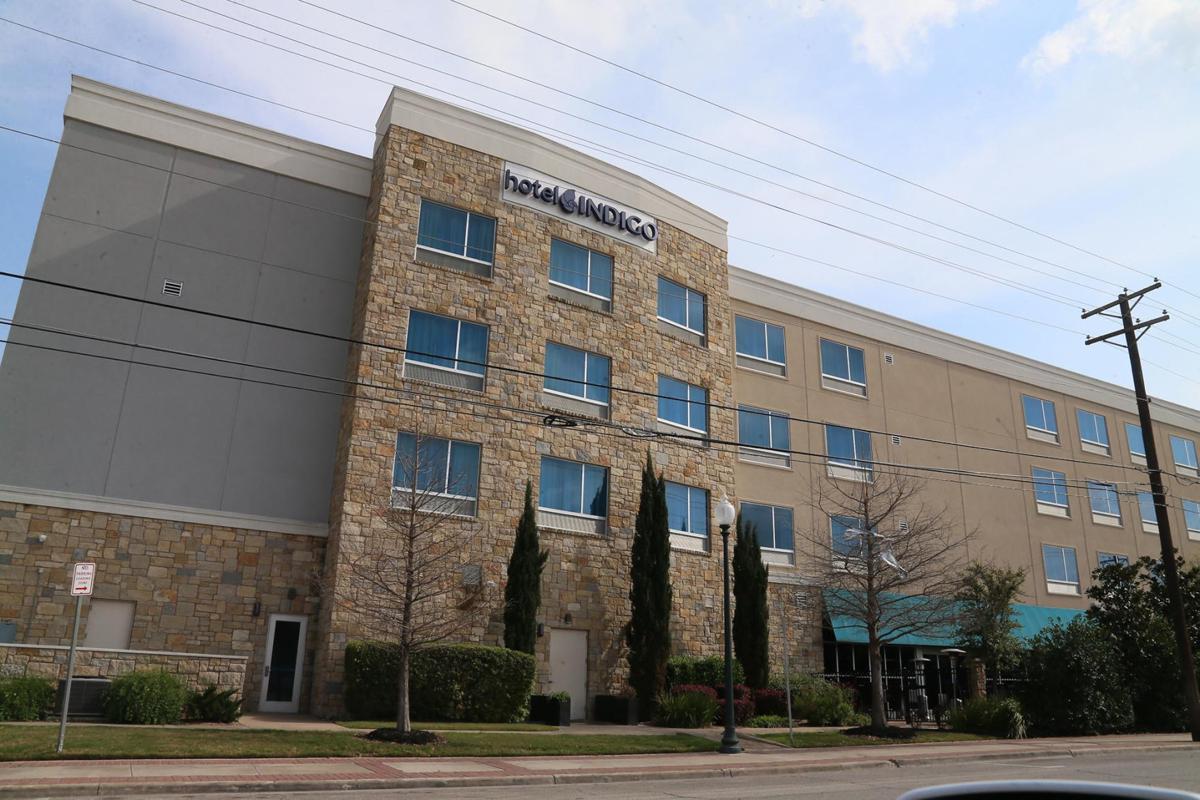 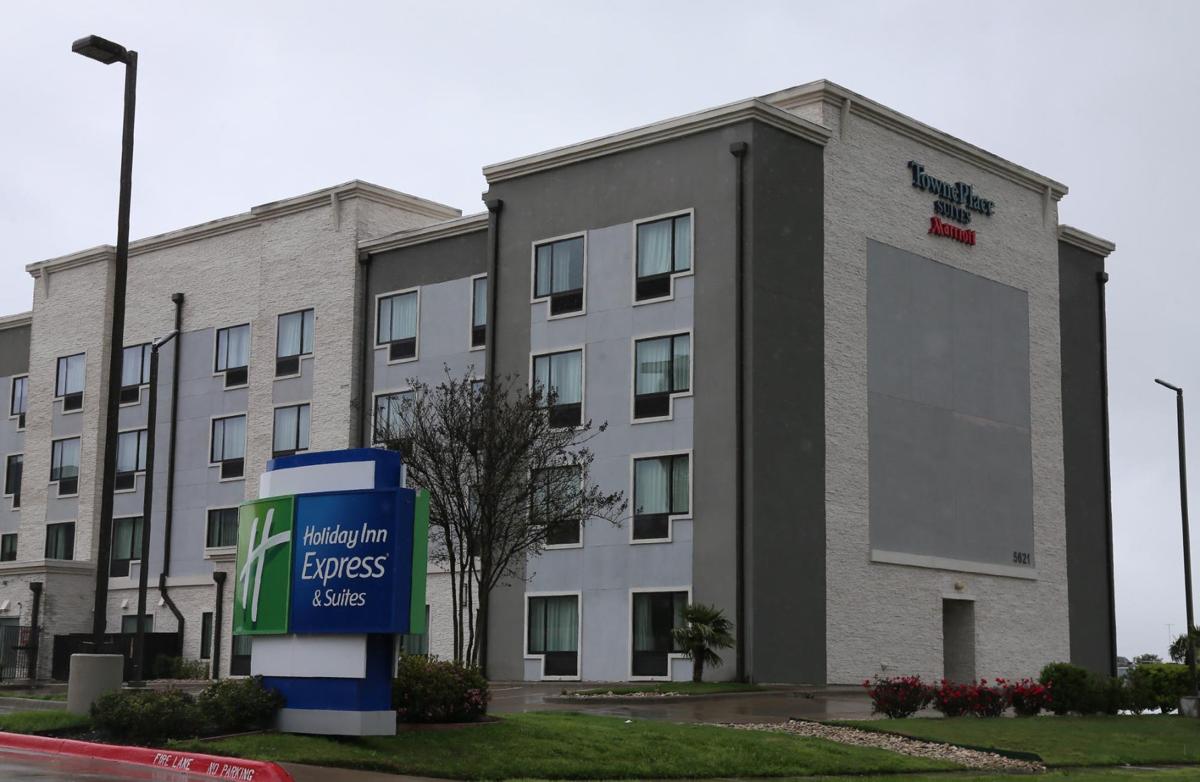 Local hotels have seen a dramatic reduction in business as measures to protect public health have limited gatherings during a time poised to see high occupancy rates. Some hotels have temporarily closed their doors.

Local hotels have seen a dramatic reduction in business as measures to protect public health have limited gatherings during a time poised to see high occupancy rates.

Local hotels have seen a dramatic reduction in business as measures to protect public health have limited gatherings during a time poised to see high occupancy rates. Some hotels have temporarily closed their doors.

The Waco Hilton and the Courtyard by Marriott, hotels flanking the Waco Convention Center, stood empty Saturday morning, their owner choosing to shutter the pair until the COVID-19 crisis eases.

Downtown Waco, like other downtown areas nationwide, has become a ghost town. Closed, Magnolia Market at the Silos has lost its pull. The Dr Pepper Museum has lost its fizz. Cameron Park Zoo is hibernating. Waco Tours has ground to a halt.

But a few blocks away, at University Parks Drive and Interstate 35, finish-out work continued on the new Springhill Suites by Marriott, where crews escaped the chilly, damp weather by focusing on interior progress.

New hotels, attracted by the city’s heretofore booming tourist trade, are moving skyward as existing properties grimly mull options as parking lots sit barren and hotel staffers try to busy themselves. The situation is creating an imperfect storm that has hoteliers on edge and longing for answers.

The Waco Hilton has temporarily pulled in its welcome mat. General manager Justin Edwards confirmed the step and later released a statement Friday.

“Due to unprecedented economic conditions, our hotel will be suspending operations for an undetermined length of time,” according to an email to the Tribune-Herald. “Our hearts go out to anyone who’s been impacted by the virus, either directly or indirectly. Our thoughts are especially with those who are sick, to whom we extend our heartfelt wishes for a full recovery.

“We’re truly inspired by the selfless health care workers around the world who are on the front lines working tirelessly to care for people in need. … During this time, we will continue to support our team members, guests, and community in every way that we can. Thank you and we look forward to welcoming you back in to our doors soon.”

Edwards, an area supervisor for the ownership group that includes the nearby Courtyard by Marriott, confirmed the 153-room Courtyard also has closed until further notice. He said pausing operations at the Waco Hilton would affect about 90 staffers but did not provide specific numbers on employees affected by the Courtyard by Marriott closing. He said group cancellations had surged in recent weeks, and corporate leaders chose to plan for the future.

“We’re doing everything we can to get rescheduled and rebooked, and things are looking positive between June and the end of the year,” Edwards said. “Our team members have been understanding. They know this is a great place to work, and as soon as we’re able to ramp back up, we’ll have them back. We’ll keep the properties in good condition in the meantime.”

Chip Rogers, president and CEO of the American Hotel & Lodging Association, told USA Today half the hotels in the United States could choose to cut their losses and fold their tents, at least temporarily, during the pandemic.

“If something doesn’t happen quickly, since occupancy is trending toward zero, you’re going to see thousands of hotels go out of business,” Rogers was quoted as saying by USA Today. “It’s almost like getting hit by a bolt of lightning. When you walk out your door, that’s the last thing you expect to happen to you.”

Appearing on the American Hotel & Lodging Association website is a sobering headline that reads: “Hotel industry racing towards historic crash in realtime,” and a fact sheet states that since mid-February, U.S. hotels have lost $2.4 billion in room revenue. It adds that based on current occupancy estimates for the immediate future and historical data, 1 million direct jobs and almost 3.9 million total jobs have been or soon will be eliminated in the lodging sector.

“This figure is rapidly accelerating with hotels currently on pace to lose more than $200 million in room revenue per day based on current and future reported occupancy rates, according to the fact sheet.

This pace, says the website, “means a loss of $1.4 billion every week and will only escalate as the situation worsens.” It adds most hoteliers are reporting projected revenue losses of greater than 50% the first half of 2020.

“Our occupancy rate is running 10% to 20% max, which is pretty low,” Bhakta said of the 111-room, three-star property. “I know some hotels are closing, will make an announcement the next couple of days. We will remain open for now. Obviously it’s a scary time in this market. This month was supposed to be among our strongest, and we are moving into what traditionally is our strongest quarter, with occupancy rates of about 90%. But the demand drivers have shut down. The Silos are closed. Restaurants are closed.”

Bhakta said he fears the situation will languish until restrictions on gatherings are lifted and people gain confidence to live their lives again.

“We’ll go along with what’s best for the safety of the city, the safety of America,” he said. “When we get some clearance, maybe properties will open their doors again, get back to business. We take it day by day.”

Forbes magazine reported the coronavirus’ impact on the U.S. economy “already is more severe than the 9/11 and 2008 recessions, combined,” and that one in 25 jobs in this country are supported by the hotel industry.

Representatives of the lodging industry met last week with President Donald Trump and Vice President Mike Pence to state their case for relief.

The virus’ effect on the hotel industry has been “unprecedented,” said Kary Lalani, president and CEO of Waco-based Lalani Lodging.

Local reaction has pushed occupancy rates into the 20th percentile from norms typically in the 80s, he said. Lalani Lodging owns and operates Homewood Suites by Hilton and Hilton Garden Inn, both in the Legends Crossing mixed-use development.

“Right now, we expect to stay open but we monitor daily,” Lalani said. “There is no playbook for this. Above all, we are concerned about the health and safety of our staff. Everything we do is with them in mind.

“We remain hopeful, and with the good Lord’s help, we’ll get through this.”

Still, Lalani said he wonders if the lost business and subsequent ripples through the Waco lodging camp may give pause to anyone mapping new construction.

“That would be the natural response, to ask, ‘What’s next?’” he said.

What is next, in some cases, is clearly visible. A new Hyatt Place Waco-South recently opened near Central Texas Marketplace, and a fresh TownePlace Suites by Marriott Waco Northeast popped up in Lacy Lakeview.

At least seven new hotels are in varying stages of construction around Waco, promising to supply the market with an estimated 800 additional rooms. Preliminary work has started on Chip and Joanna Gaines’ conversion of the Grand Karem Shrine building on Washington Avenue to a boutique hotel. Then there is the massive Brazos Promenade riverfront project proposed near I-35 and Lake Brazos that would include a multistory hotel.

Counting properties on the books and on the drawing board, Waco’s room list could climb from 3,700 to 5,800, said Carla Pendergraft, who markets the Waco Convention Center and Convention and Visitors Bureau.

Kenny Bhakta’s property development company, KB Hotels, is well along with site work for three new hotels near Elm Avenue and Martin Luther King Jr. Boulevard in East Waco, and is going up with a new Element Hotel by Marriott just off Waco’s traffic circle, near the Gaineses’ Magnolia Table restaurant.

Bhakta, whose KB Hotels also built Waco’s Hotel Indigo, could not be reached to comment on the future of hotel construction in the wake of the coronavirus.

Meraj Bhakta, Hotel Indigo’s managing partner, said he does not believe the coronavirus will short-circuit completion of KB’s four new hotels, but said delays among hoteliers planning projects citywide would not surprise him.

The boom in hotel construction has coincided with Waco’s emergence as a tourist destination. The city welcomed 2.6 million visitors last year, and Magnolia Market at the Silos attracts 30,000 guests weekly, according to estimates from local tourism officials.

McLennan County is closely monitoring the ebb and flow of room demand. The $32 million upgrade to the Extraco Events Center complex at Bosque Boulevard and Lake Air Drive was made possible by the issuance of revenue bonds. A hotel tax and levies on car rentals will retire those bonds, and so far, revenue generation is running well ahead of debt service needs, though decades remain on the pay schedule.

Having met twice with McLennan County commissioners to approve emergency measures relating to the coronavirus, County Judge Scott Felton said last week the county is taking nothing for granted.

Millions of dollars and hundreds of jobs hang in the balance.

More in Coronavirus latest: What's happening around Waco (155 of 216)

In a sea of vacant parking lots covering much of Waco, the Lowe’s home improvement store at Franklin Avenue and New Road stood as an island of…