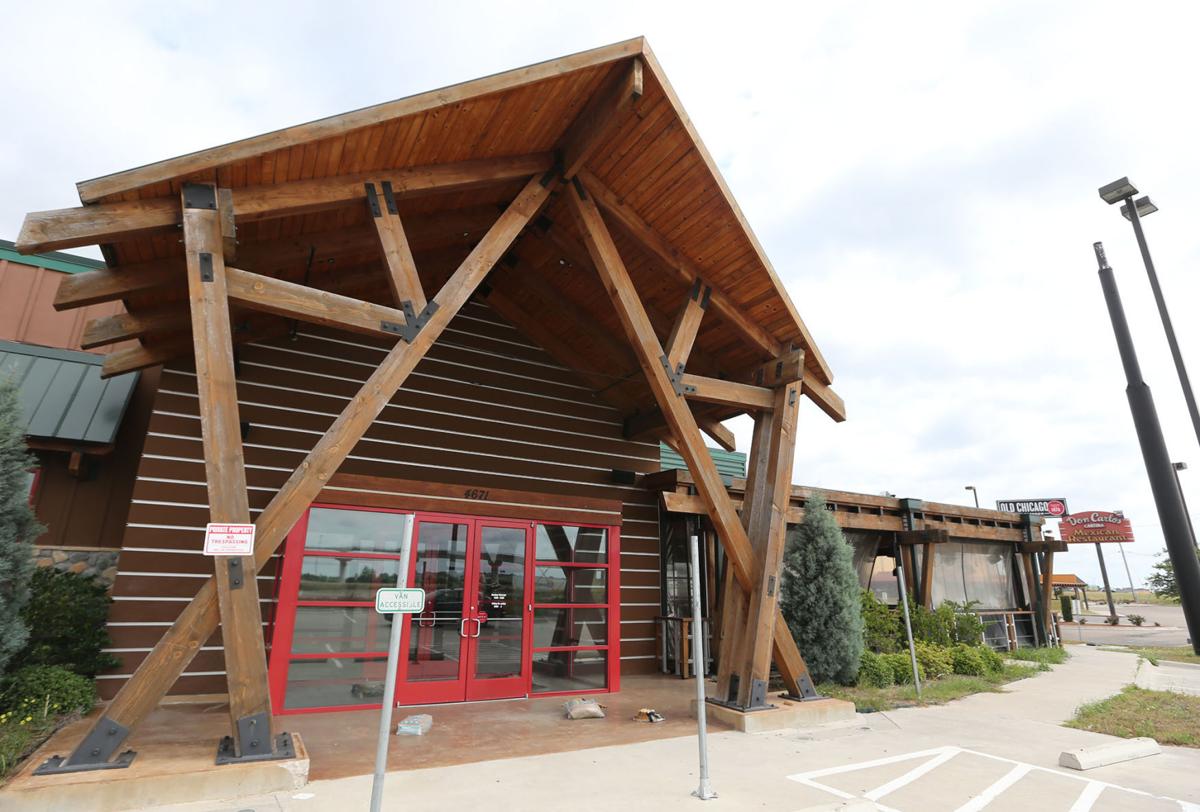 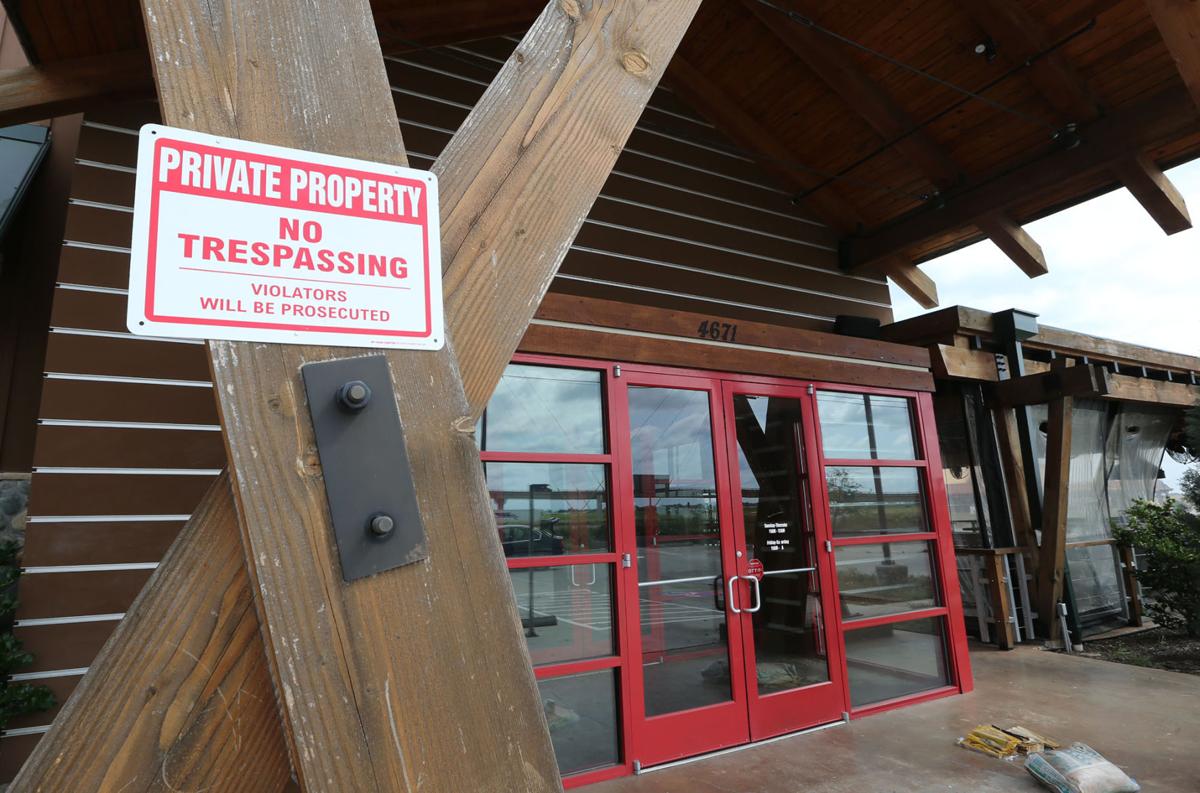 The building that housed Waco’s Twin Peaks restaurant remains vacant more than two years after the deadly shootout there, but the structure is playing host to some mysteries for local real estate agents.

The 7,869-square-foot space built to resemble a hunting lodge is located in Central Texas Marketplace, a sprawling retail and dining center at West Loop 340 and Interstate 35 that continues to attract new stores and restaurants, including a La Madeleine French Cafe and Bakery that will arrive before year’s end.

Still, the former Twin Peaks site, flanked by a Don Carlos Mexican restaurant and a La-Z-Boy furniture store, sits idle and wrapped in plastic to protect it from intruders and bad weather.

No signs appear there to silently announce it remains available for sale or lease. Mention of the building is not found on the popular LoopNet commercial real estate site, according to several commercial agents with fingers on the pulse of the local market. They also said they have not been contacted by anyone to show the site to prospects.

Agents from outside the city with listings in Waco typically welcome, and even recruit, assistance from those more familiar with the market and with easy access to properties.

The absence of any apparent marketing plan prompts some local agents to wonder about the owner’s game plan.

The McLennan County Appraisal District identifies the title holder as Store Master Funding VI LLC of Scottsdale, Arizona, which was incorporated to operate in Texas in 2013, according to information provided by the Secretary of State’s Office.

Store Master Funding says online it provides services to companies, including restaurants, that would rather rent or lease space than own it, freeing up capital for expansion and other uses.

An employee of Store Master Funding, who said by phone he could briefly discuss the status of the building but not be quoted by name, said, “It is our intention to not have that building vacant. We’re working on something to get it operating, but I do not know all the details. I would say talks are continuing.”

“Obviously, the building has some notoriety to it,” the employee said. He said he “has no idea” why signs have never appeared on the property.

“I am surprised there has not been more of a marketing push on that building,” said Pat Farrar, a veteran commercial agent with the Reid Peevey Real Estate Company. “Early on a listing briefly appeared on the LoopNet real estate site, and there were a couple of other places you could find information, but now everything is quiet. Nobody really seems to know what’s going on with that site.”

The Twin Peaks structure first was listed by Dallas-based Greg Blandford, with Position Property Group, who confirmed his involvement in 2015 with an email message to Farrar, who had worked with Blandford in showing a handful of other properties. The note asked Farrar to keep Blandford apprised of any lookers.

Blandford has not responded to numerous email and phone messages from the Tribune-Herald.

Under Blandford, the structure that features an 1,800-square-foot patio carried a price of $4.2 million. It could be leased for $350,000 a year plus the cost of insurance, according to information provided to Farrar in Blandford’s email message.

More than one local agent suggested the asking price was too steep, especially for a site associated with a melee that left nine bikers dead, more than 20 wounded, almost 200 jailed and made headlines nationwide, putting Waco in the crosshairs of negative publicity.

“At this point, if someone came along with a new concept and new design for that building, I can’t see what happened there being a hindrance,” Farrar said. “The price is the hindrance.”

Still, the McLennan County Appraisal District has judged the value of the building for tax purposes at $4.1 million.

Bunny McLeod, a Dallas- and Houston-based real estate agent involved in attracting tenants to Central Texas Marketplace for years, confirmed in January 2016 she had secured the listing for the Twin Peaks property. She said she would not place any notices on the property indicating her status as listing agent.

Over several months, McLeod said in a phone interview, she showed the structure to a handful of lookers. She declined to quote a sales price during the interview, saying only that securing a good fit was more important than landing a user willing to meet the original asking price of more than $4 million.

“So far, I have had no real objections to the building itself, not a lot of pushback,” she said at the time. “I simply want to find a really good tenant, just the right fit. But you never really know who the tenant is going to be.”

Later, McLeod said she was no longer showing the property and that it was her impression the owner had assumed that task. She has not returned calls seeking further comment for this story.

“I think they are going to have to raze it, tear it down,” Davis said. “People will always associate that building with what happened there. That was my opinion from the very first, and it still holds.

“But I also think their approach to marketing the building has been very strange. I don’t think I’ve ever seen a sign there.”

“I hate to see an investment like that torn down, but it may have to be demolished because it still may be stigmatized,” Harrell said. “Either that or someone will have to sell it at an extreme discount.”

Peaktastic Beverage LLC, the franchisee that owned the Twin Peaks location in Waco and another in Harker Heights, a suburb of Killeen, was ordered by Irving-based Twin Peaks to shutter both restaurants following the violence in Waco. The company also stripped Peaktastic of its franchising rights.

A spokeswoman for Rawlings has not responded to inquiries about possible interest in the former Twin Peaks building in Waco.

“Originally, in my gut, I thought the building would be razed,” said Gregg Glime, a local commercial agent. “But I also thought there was potential for someone to come in and completely renovate and repurpose it. I have not heard the story on why they may not be marketing it aggressively. I just wonder if there is something looming over it we don’t know about.”

Chris Gutierrez, with Texas Commercial and Industrial Real Estate, said he also thinks demolition is the building’s likely fate, though not only because of the stigma.

“I’ve felt the building would be demolished,” Gutierrez said. “I do think it carries a stigma, but beyond that, I believe the end user of that site will want to put its own prototype building there.”

The larger shopping center, on the other hand, continues to thrive, he said.

“This has nothing to do with Central Texas Marketplace, which is going strong,” Gutierrez said. “This is just a special case.”