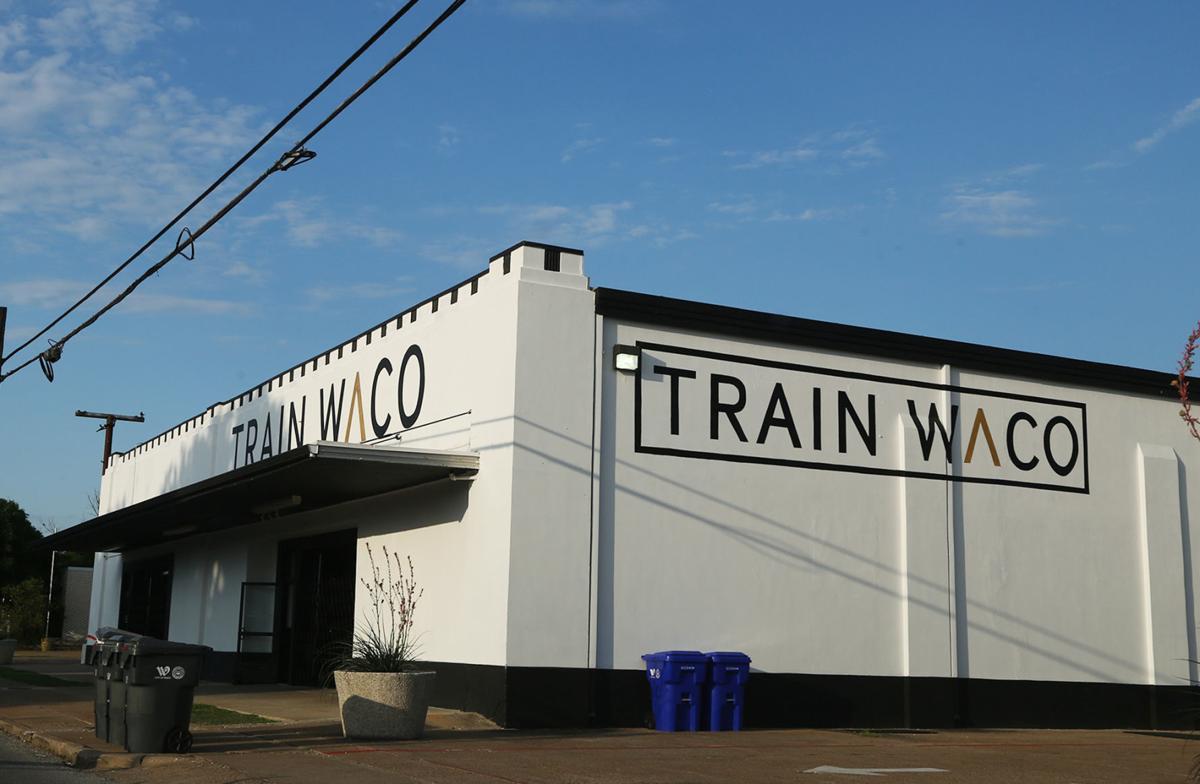 Train Waco is planning to move from the building on Elm Avenue it bought about a year ago to a larger space in the QTI Promotions and Apparel building near Valley Mills Drive and Franklin Avenue. 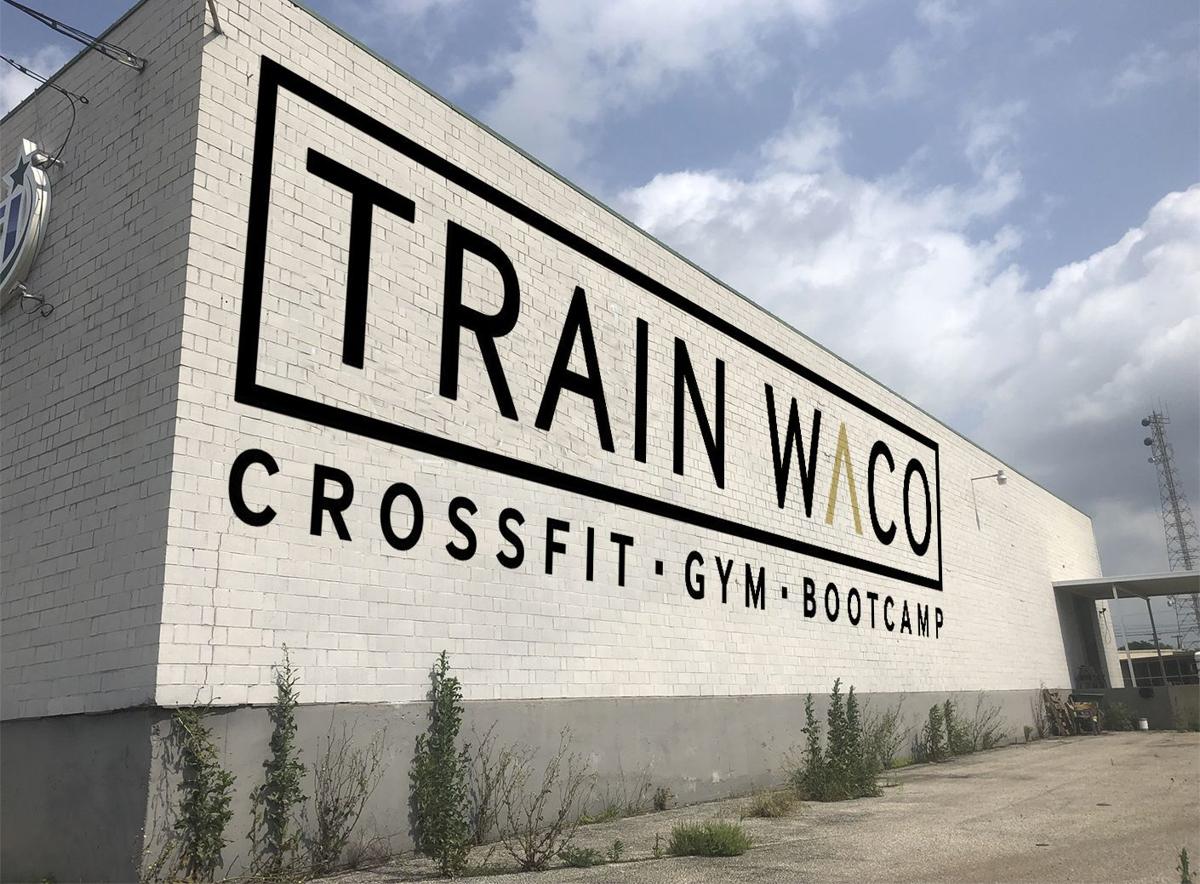 A rendering shows plans for Train Waco signs planned for its new space in the QTI Promotions and Apparel building near Valley Mills Drive and Franklin Avenue. 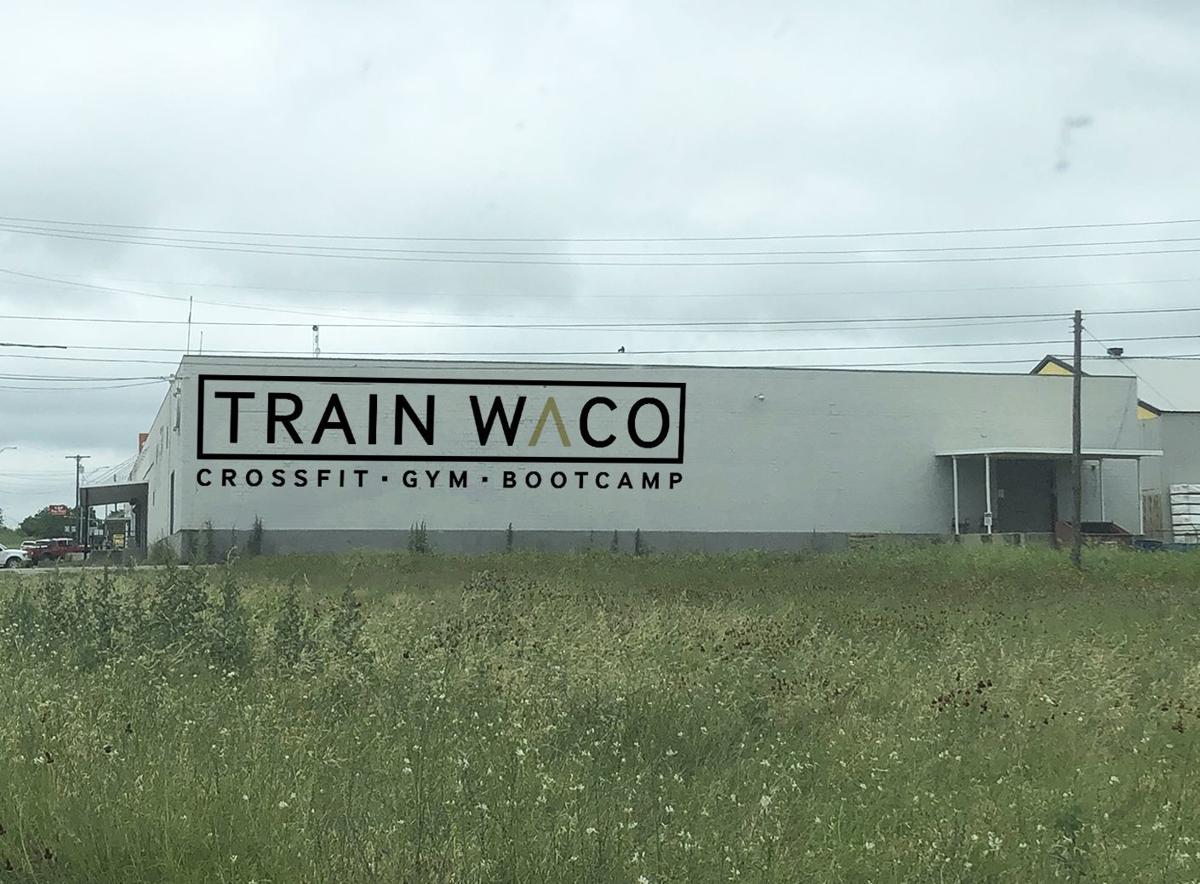 A rendering shows plans for Train Waco signs for its new space in the QTI Promotions and Apparel building near Valley Mills Drive and Franklin Avenue.

Train Waco is planning to move from the building on Elm Avenue it bought about a year ago to a larger space in the QTI Promotions and Apparel building near Valley Mills Drive and Franklin Avenue.

A rendering shows plans for Train Waco signs planned for its new space in the QTI Promotions and Apparel building near Valley Mills Drive and Franklin Avenue.

A rendering shows plans for Train Waco signs for its new space in the QTI Promotions and Apparel building near Valley Mills Drive and Franklin Avenue.

A fitness center that joined the charge to redevelop Elm Avenue in East Waco, and whose purchase of a building there last year sparked a lawsuit, has announced it will relocate to South Valley Mills Drive by fall.

Train Waco, formerly CrossFit Waco, is moving into the QTI building at 300 S. Valley Mills Drive, near the exit to Franklin Avenue. It is trading 13,000 square feet at 713 Elm Ave. for 23,000 square feet across town, where they will add traditional fitness and cardiovascular equipment and training to their CrossFit regimen, said Jonathon Shelton, an ownership partner with Brandon Hancock.

QTI Promotions and Apparel will maintain a presence in the 42,000-square-foot building but occupy less space, said Cristian Martinez, a salesman and account manager at the company specializing in personalized T-shirts and team- and college-branded merchandise. He said the suite Train Waco will occupy is filled with QTI equipment to be moved in coming months.

“We have really enjoyed our time on Elm Street,” co-owner Hancock wrote in a press release. “We have loved getting to know our neighbors and look forward to watching the continued revitalization of East Waco. We expected to be on Elm Street for a long time. But the opportunity to move into this amazing new space came up unexpectedly, and we just couldn’t pass it up.”

In an interview at Train Waco, Shelton said Elm Avenue is an “up-and-coming area” the owners regret leaving. He said they seriously considered expanding to two locations, “but that would mean twice the expense.”

He estimated Train Waco has 300 members and said many will find the new location on South Valley Mills Drive more convenient. The move also accommodates growth plans that include installing strength and conditioning equipment. He said renovating the space should prove little challenge, limited to installing bathrooms, lockers and dividing walls.

He said he expects Train Waco to open there by Sept. 1.

The business launched operations 10 years ago at Eighth Street and Webster Avenue, before the exploding popularity of Chip and Joanna Gaines and the Magnolia brand that includes Magnolia Market at the Silos, Sixth Street and Webster Avenue. Property tax increases prompted the search for a new home that landed Train Waco on Elm, and the Gaineses now own the downtown space CrossFit Waco was leasing.

The partners reportedly paid the Eastern Waco Development Corp. $469,000 for the building on Elm, money the group said would go toward community development projects. The corporation agreed to finance renovations, with the stipulation it would serve as general contractor and have a say in hiring subcontractors, with a preference for minority-owned businesses, City Center Waco Executive Director Megan Henderson said at the time.

Train Waco has satisfied its obligation to repay the cost of renovations, Henderson said Thursday.

She said she does not know the total cost of renovation. Eastern Waco Development Corp. board President Linda Lewis told the Tribune-Herald last year the renovations likely would cost $150,000.

Former board members of the Eastern Waco Development Corp. filed suit in August last year, challenging the standing of the existing board to sell the building. A judge refused to grant a temporary restraining order requested by the plaintiffs, and the lawsuit has not progressed.

Henderson said she was surprised by Train Waco’s decision to leave Elm Avenue but could understand their reasoning. She said supporters of East Waco development knew two years ago that momentum was building that would result in new hotels and dining and entertainment venues emerging on the scene. The fitness club was seen as a traffic generator that would bring members to East Waco, where they would patronize other establishments.

“It was to be a pipeline, bringing people and activity into the area,” Henderson said.

Since then, those rumored developments have started to materialize, with Dallas-area federal judge Ed Kinkeade and his son, Brad Kinkeade, breaking ground on a $4.7 million apartment and retail development, 101 Elm, near Elm Avenue and Martin Luther King Jr. Boulevard. Nearby, local hotelier Kenny Bhakta has announced a $21 million, three-hotel complex. Meanwhile, the city of Waco is planning $4.4 million in infrastructure improvements along Elm Avenue, and developers continue to snap up lots along the stretch.

“Given what we know today, I don’t believe we need an activity driver,” Henderson said. “We need something to complement what already is going on in that area, that represents the highest and best use of that space and how it can be used as an asset for the development of East Waco.”

She said the 13,000 square feet available in Train Waco likely would accommodate two or three users, and she would expect steps to be taken to determine what the East Waco neighborhood would like to see there.

“It is our goal to steer development so it is in keeping with community priorities,” Henderson said. “There is strong interest in making sure community input is part of the decision-making process.”

A judge ruled Tuesday that a group of East Waco residents has no standing to challenge the sale of an Eastern Waco Development Corp. building …