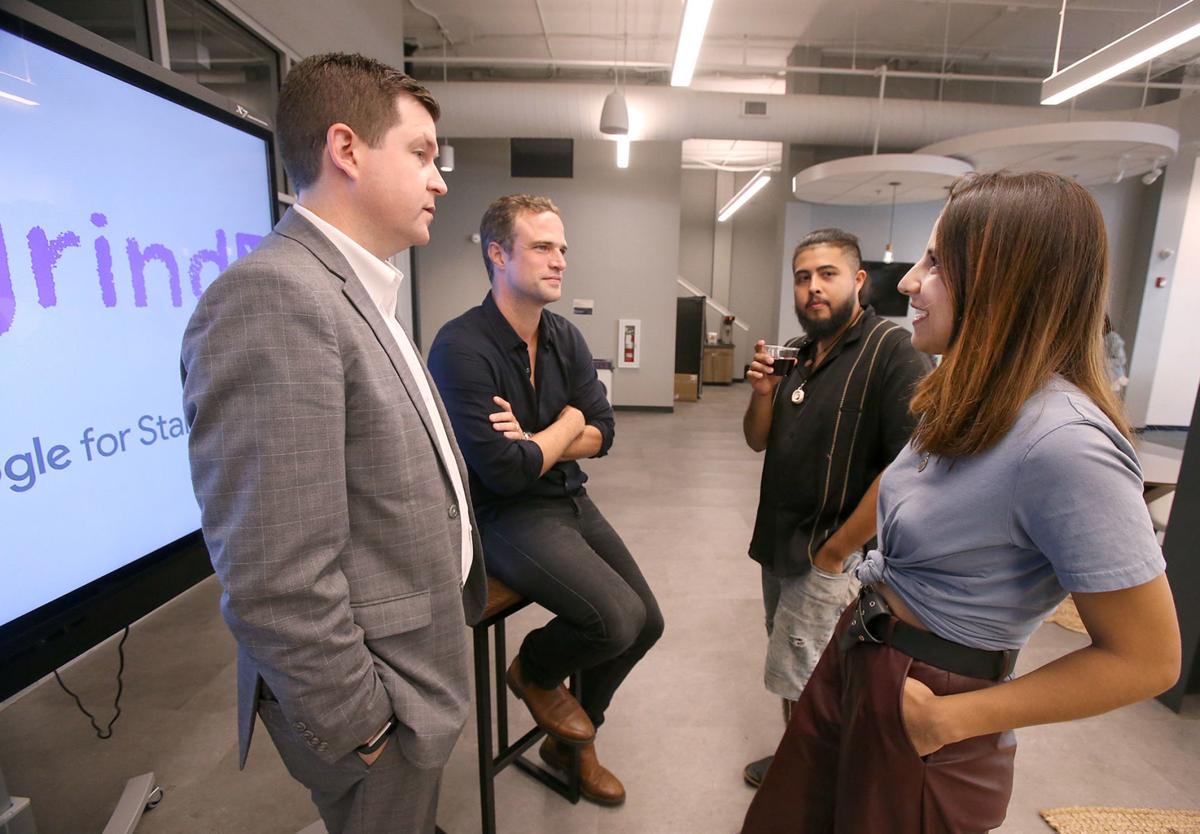 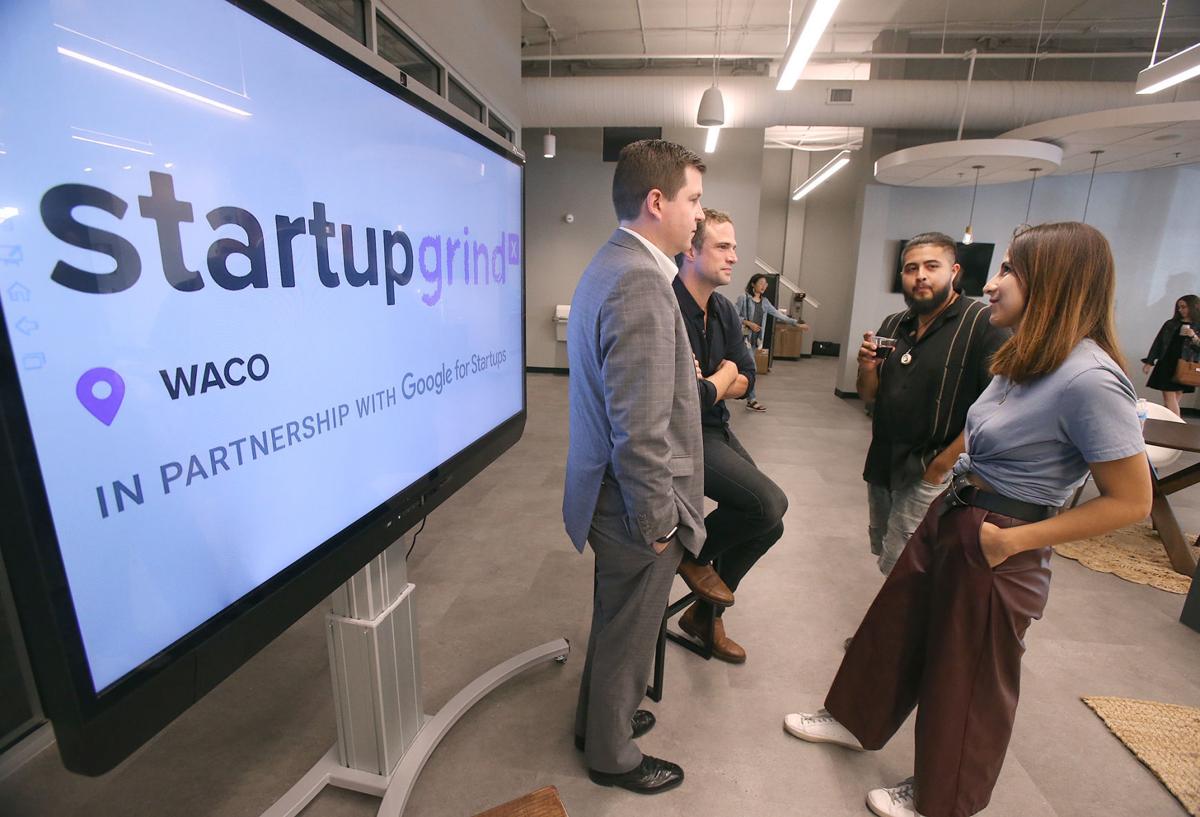 Hustle and Start Up Waco, the new co-working space and resource center for entrepreneurs on Austin Avenue, kicked off an affiliation with a national program called Startup Grind with a meeting Tuesday evening that about 25 would-be business owners and local executives attended.

Startup Grind features a series of monthly meetups that tap into the expertise of people who have launched a successful venture. They also provide an opportunity for networking and learning the challenges and triumphs others have experienced as they pursue a profit-making enterprise, Start Up Waco spokesperson Carole Fergusson said.

Fergusson organized Tuesday’s gathering at which she introduced Start Up Waco’s new CEO, Jon Passavant, a former model based in New York who recently was hired to oversee Hustle operations. His wife, Jenny McMeans, hails from China Spring, and has made a career in the fashion world as a denim designer.

Passavant urged would-be business owners to never abandon their core values, though temptation surely will arise. He said Waco has even more entrepreneurial spirit than he was led to believe, but he sees a disconnect between the community at large and the exploding development downtown.

The public is invited to the second installment of Startup Grind from 2 to 3 p.m. Oct. 9, also in the Hustle headquarters at 605 Austin Ave. Claire Diaz-Ortiz, an early Twitter employee, will take a break from a visit to Baylor University to speak to local entrepreneurs.

“The program will continue to host various influential entrepreneurs, movers and shakers to share their story with the community and tell us what worked, what didn’t and what they’ll do differently next time,” Fergusson wrote in a press release. “This unique opportunity will allow guests to learn from the best, network with other members of the startup community and improves chances for entrepreneurial success.”

During an interview before Tuesday’s two-hour unveiling, Fergusson said Startup Grind will complement other local efforts including 1 Million Cups, a monthly program at which guests starting a business take a few minutes to discuss their ventures publicly, possibly hoping to attract investor interest.

Startup Grind has grown to become one of the largest startup-enhancing programs around, Fergusson said. It plays a role in “educating, inspiring and connecting more than 2 million entrepreneurs in over 600 chapters,” she said.

Speakers Start Up Waco hopes to bring to its monthly events will provide value to would-be business owners, said Jeremy Vickers, associate vice president of external affairs at Baylor University and an adviser to Hustle. Vickers had a sit-down interview with Passant during Tuesday’s session, then tossed the program open to questions, per the Startup Grind format.

The meetings are free to the public, and Start Up Waco pays nothing to participate, Fergusson said.

Waco banker Todd Moore, president and CEO of Alliance Bank Central Texas, said at Tuesday’s meeting he showed up to learn more about the Hustle co-working site and to keep abreast of trends impacting Waco business.

Anali Ross, who traveled to Waco from Los Angeles three months ago, attended to learn more about the community where her husband is considering upgrades to three pieces of property he owns.

Judy Steward, from Hewitt, who described herself as a quilt artist, said she thought Hustle could help her grow her business. She has traveled to Houston and Dallas, and to sites in Missouri, Kansas and Oklahoma, to spread the word about her craft at lectures and retreats, she said.

Chris Pruitt, general manager at Fox 44, the local Fox-affiliated TV station, said he works with local businesses wanting to buy advertising, and he thought familiarity with a local business resource would serve him well.

For more information about the program, visit startupwaco.com. Hustle occupies 5,000 square feet in the Woolworth Suites building on Austin Avenue, securing backing from Baylor University, the Waco Foundation, the business community and the Greater Waco Chamber of Commerce. The Waco-McLennan County Economic Development Corp. pledged $750,000 in incentives to help make the project possible.

It affords desks, conference rooms and shared amenities, and Fergusson said more than 30 clients pay membership fees to the nonprofit.

Extraco Banks continues to sponsor a program that provides $5,000 micro-loans to would-be business owners, among them Eric Linares, 25, who makes use of several desks at Hustle but finds that access to networking opportunities is of greater benefit to his event promotions business.