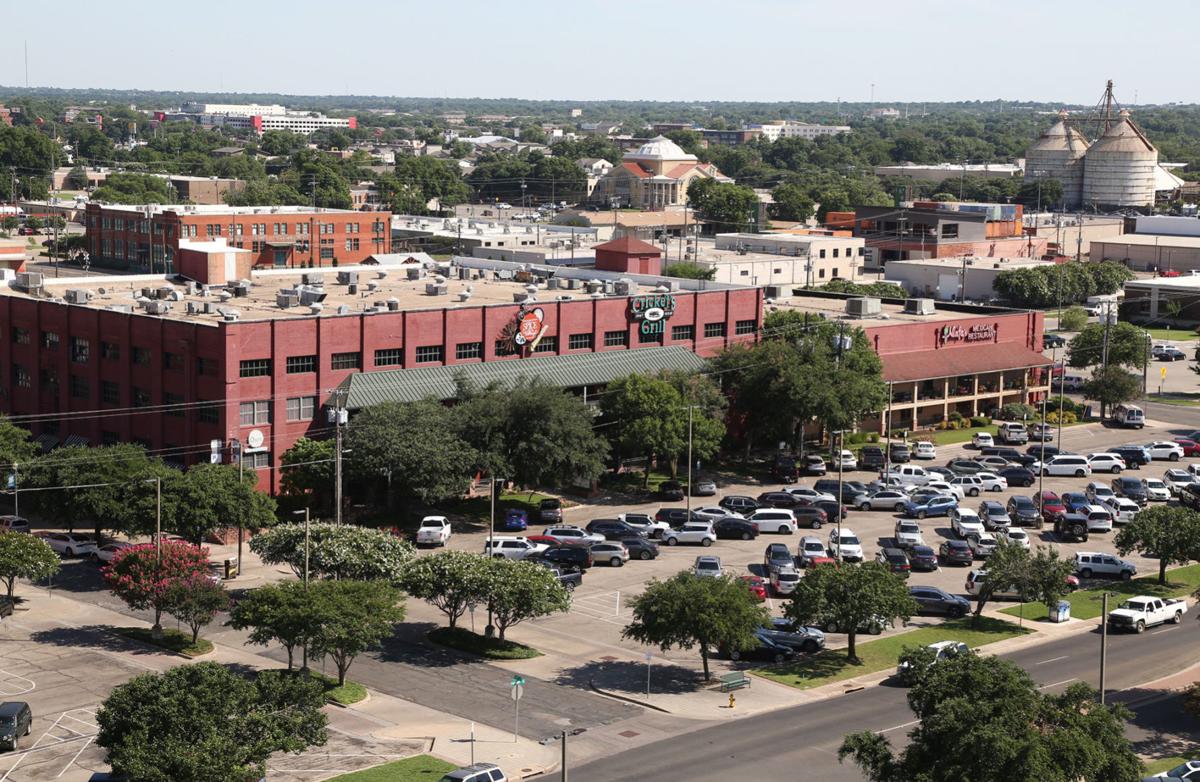 River Square Center, which opened in renovated former warehouses at Franklin Avenue and Second Street in the mid-1990s, is set to go on the auction block early next month with a minimum bid of $2.2 million. Ninfa's, seen on the right end of the building, owns its space and is not part of the sale. 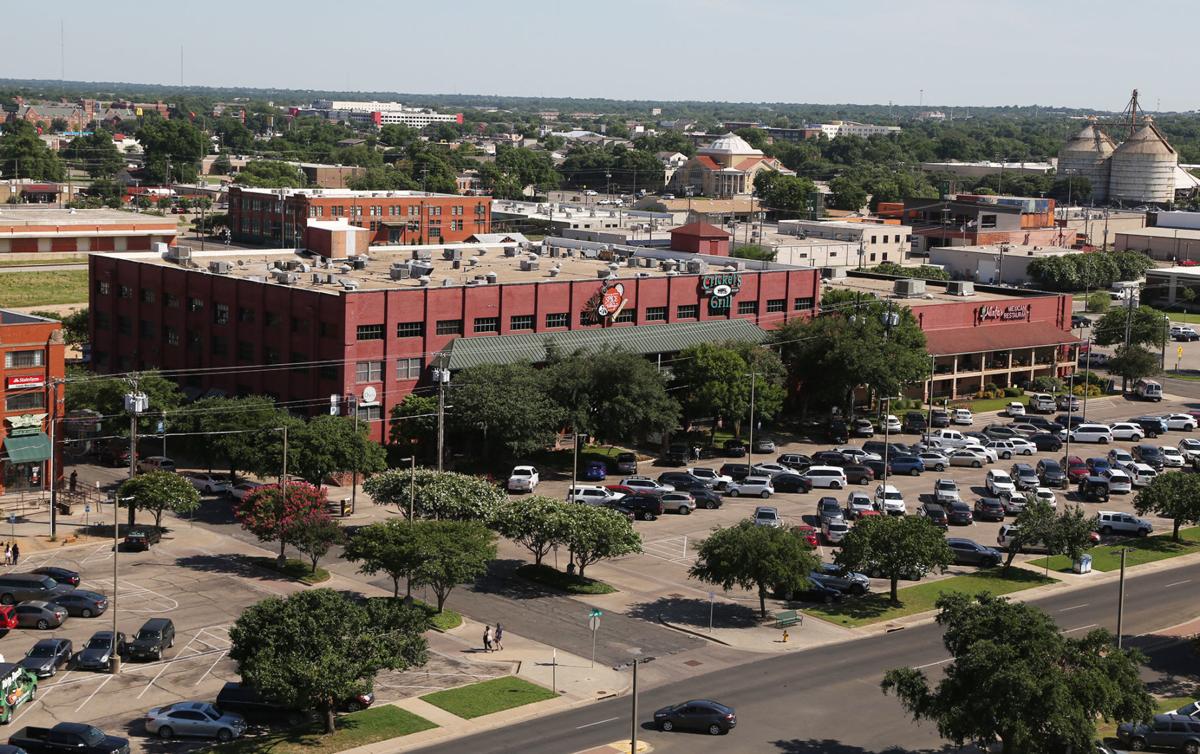 River Square Center, which opened in renovated former warehouses at Franklin Avenue and Second Street in the mid-1990s, is set to go on the auction block early next month with a minimum bid of $2.2 million. Ninfa’s, seen on the right end of the building, owns its space and is not part of the sale. 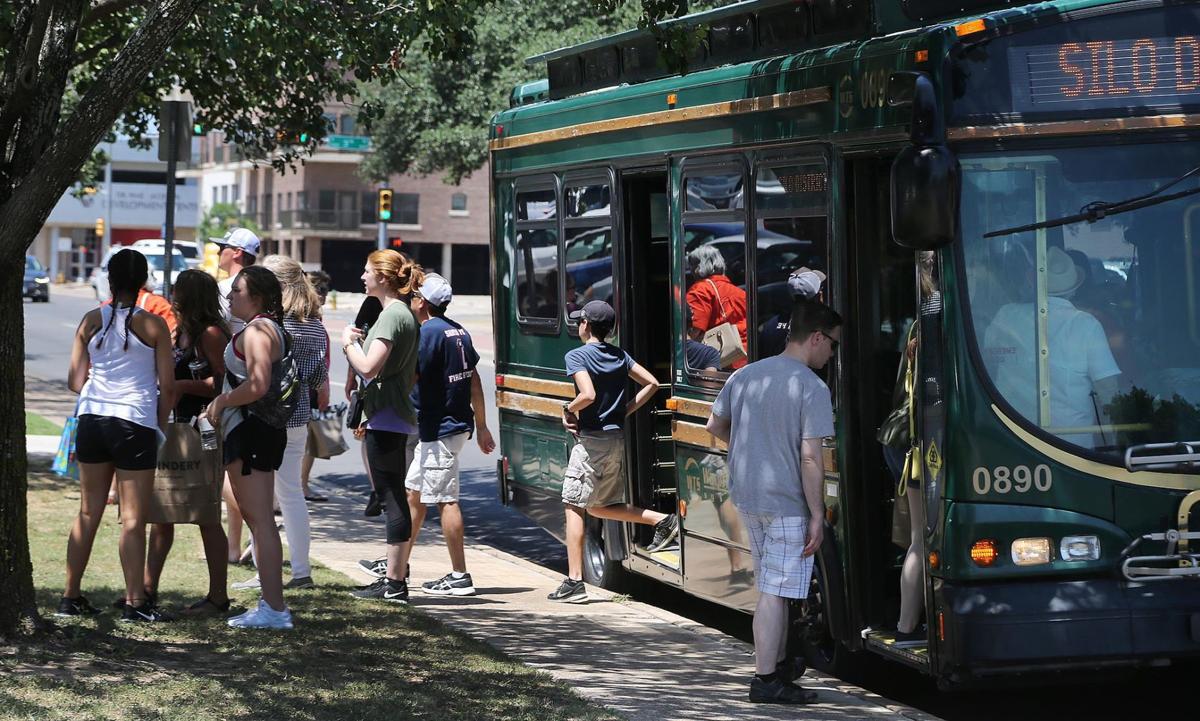 Shoppers line up for the free Silo District Trolley on the edge of the parking lot in front of River Square Center and the neighboring Stone’s Throw development.

River Square Center, which opened in renovated former warehouses at Franklin Avenue and Second Street in the mid-1990s, is set to go on the auction block early next month with a minimum bid of $2.2 million. Ninfa's, seen on the right end of the building, owns its space and is not part of the sale.

River Square Center, which opened in renovated former warehouses at Franklin Avenue and Second Street in the mid-1990s, is set to go on the auction block early next month with a minimum bid of $2.2 million. Ninfa’s, seen on the right end of the building, owns its space and is not part of the sale.

Shoppers line up for the free Silo District Trolley on the edge of the parking lot in front of River Square Center and the neighboring Stone’s Throw development.

The rambling two-and-three-story building fronting Franklin Avenue and backed by Mary Avenue in many ways birthed the downtown awakening with its opening in 1995, though the building itself dates to 1906. Local nightclub owner Randy Roberts and builder and entrepreneur Michael Clark collaborated to convert a rusted-out warehouse district to inner-city respectability.

Now, 25 years later, the center is owned by LNR Properties LLC, of Miami Beach, Florida, and is appraised at $5 million for tax purposes, according to McLennan County Appraisal District records.

Ten-X Commercial Real Estate is sponsoring an online auction March 9 through 11, and is offering property tours Wednesday, Feb. 19 and March 4.

Its tout sheet urges qualified investors to bid on River Square Center, “a 92,087-square-foot mixed-use, office and retail complex located in Waco, Texas.” It says the property features 65,856 square feet of first-and-second-story retail space and 26,231 square feet of third-story office space. River Square is 76.4% occupied by nine tenants and anchored by Spice Village, “a local clothing and decor boutique who recently signed a five-year lease extension,” according to promotion material.

Jennifer Wilson, who founded Spice Village in 1997 and has directed its growth to more than 60 boutiques spread over 30,000 square feet, could not be reached for comment on her status at River Square Center.

Darlene Schoenrock, general manager of Ninfa’s restaurant at South Third Street and Mary Avenue, practically sharing a wall with Diamondback’s next door, said the sale of River Square Center would change things little, if any, at the Tex-Mex restaurant that experiences lines and waiting lists on many weekends, as students, tourists and convention attendees regularly pack the place.

“Things like that usually impact us on a smaller scale because we own our part of the building, and have since we’ve been here, 20-something years,” Schoenrock said. “We’re a separate entity. We maintain our own building from roof to floor, and business is great.”

Schoenrock said with a laugh she hopes her prediction holds more truth than a similar observation she made several years ago, when Chip and Joanna Gaines announced their plans for Magnolia Market at the Silos, the 30,000-visitors-a-week attraction at Sixth Street and Webster Avenue.

“That’s so funny,” she said. “Back in the day, before the Silos, I said I don’t really see it impacting us because it’s several blocks away.

“Those are the most bitter words I’ve ever had to eat.”

“Additional retailers at the property include popular local bars, restaurants and shopping that are frequently trafficked by employees working downtown and tourists,” the marketing description states.

It adds the property has benefited from area revitalization and the emergence of Magnolia Market at the Silos.

Magnolia Market has been joined by Magnolia Press, a coffee shop that is part of an ongoing $10 million expansion set to reconfigure the entrance and add new attractions.

The auction-related tout sheet states 12,744 people are employed within a mile of the center, 1,020 businesses operate in that radius, the median age is 25 years and 7 months, and 6% of those living within a mile have earned a college degree or more.

Waco businessman Trent Weaver, co-owner of W Promotions, a retailer of shirts, banners and car wraps headquartered at 906 Austin Ave., said he has asked his real estate agent, Hunter Harrell, to nail down all the particulars about the property and what will be included in the auction.

“Another project I’m working on is a double-deck patio on the Mary Avenue side to complement the ongoing redevelopment of that street,” Weaver said. “I plan to have a barber shop, a high-end nail salon and a nice bar.”

Weaver said he recently received an email about the auction.

“I’ve requested more information because I’ve not seen a lot of details about rental rates,” he said. “I’d like to know more about the tenants making up that 76% occupancy and the length of their leases.”

Harrell, meanwhile, said he works with investors in the Dallas-Fort Worth Metroplex, including cash buyers he will share information with.

He said vacancies in River Square Center are concentrated on the top floor, which is populated by professional offices and not retail or dining users.

Waco businessman Bill Clifton, whose Clifton Group now occupies space at Fourth Street and Austin Avenue, had an office on the top floor of River Square Center about 10 years ago. He said the accommodations were well maintained and convenient to other downtown attractions.

“I would hope a local person would buy the place. I like to see local money involved in such projects, and the perfect example is Chip and Joanna,” Clifton said, clarifying he was not suggesting the Gaineses bid on River Square.

Clifton said is somewhat surprised River Square’s occupancy rate is not closer to 90% given its prime location and the activity generated by Spice Village, Ninfa’s and Cricket’s Grill & Drafthouse.

Waco real estate agent Bland Cromwell brokered the sale of River Square Center to Houston-based Stonehenge Development in 2007, one of several ownership changes involving the complex in recent years. Mike Clark, whose vision for the dilapidated, pigeon-infested warehouse led to creation of River Square Center, was the seller, the Tribune-Herald reported.

Cromwell often represents Waco businessmen Clifton and Gordon Robinson in real estate-related matters, including investment purchases. He said auctions can produce legitimately sweet deals or serve only as marketing ploys to gauge interest in a particular piece of property. He said the Robinsons may have interest in bidding, if the numbers make sense.

Controversy surrounded River Square Center in 2015, when another Houston-based development group, Wallace Bajjali Development Partners, collapsed with the resignation of principals David Wallace and Costa Bajjali. They had announced multimillion-dollar projects downtown, and River Square Center was among the property holdings they had secured.

The Tribune-Herald reported Wallace Bajjali’s SWB Waco River Square firm had bought River Square in 2008 but had been in Chapter 11 bankruptcy protection since 2013 after defaulting on a bank loan.

Lenders bought back River Square in November 2015 in a sale on the steps of the McLennan County Courthouse, according to records.

Today, River Square again finds itself at the epicenter of downtown progress.

A $35 million Embassy Suites Hotel and a $19 million Hyatt Place hotel are planned across Mary Avenue from River Square. They have each received pledges of public grants and combined would bring almost 300 rooms and structured parking.