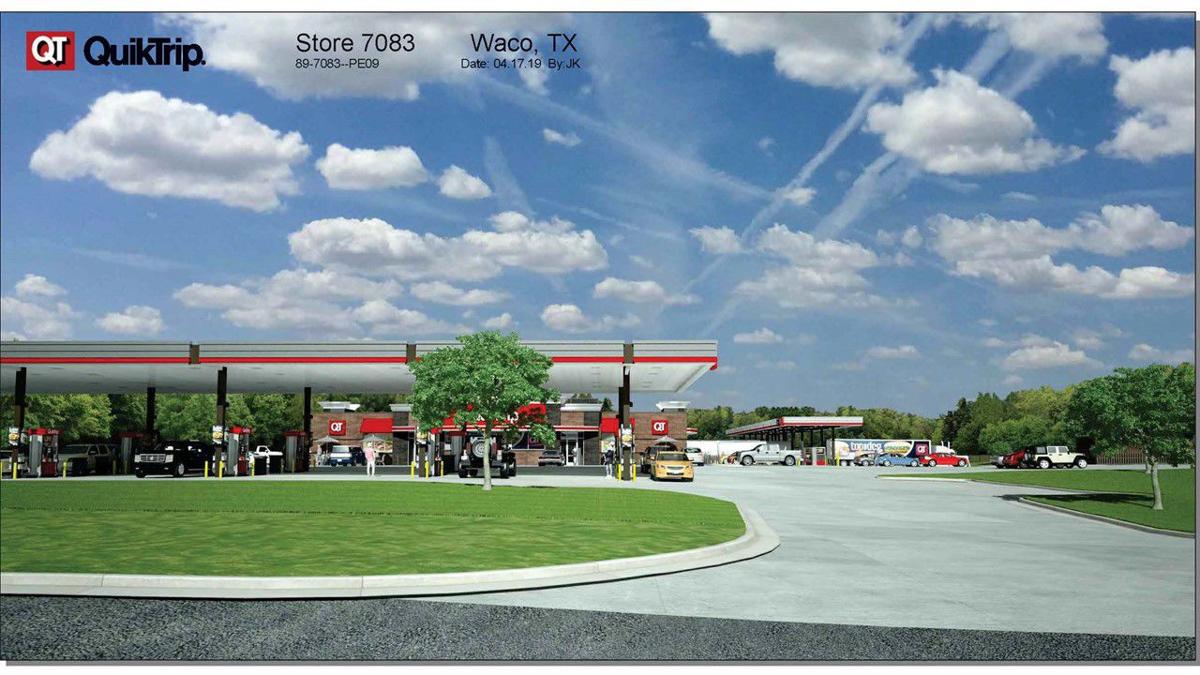 The Waco City Council made zoning changes last week that pave the way for QuikTrip to open its first store in Waco at Interstate 35 and New Road. 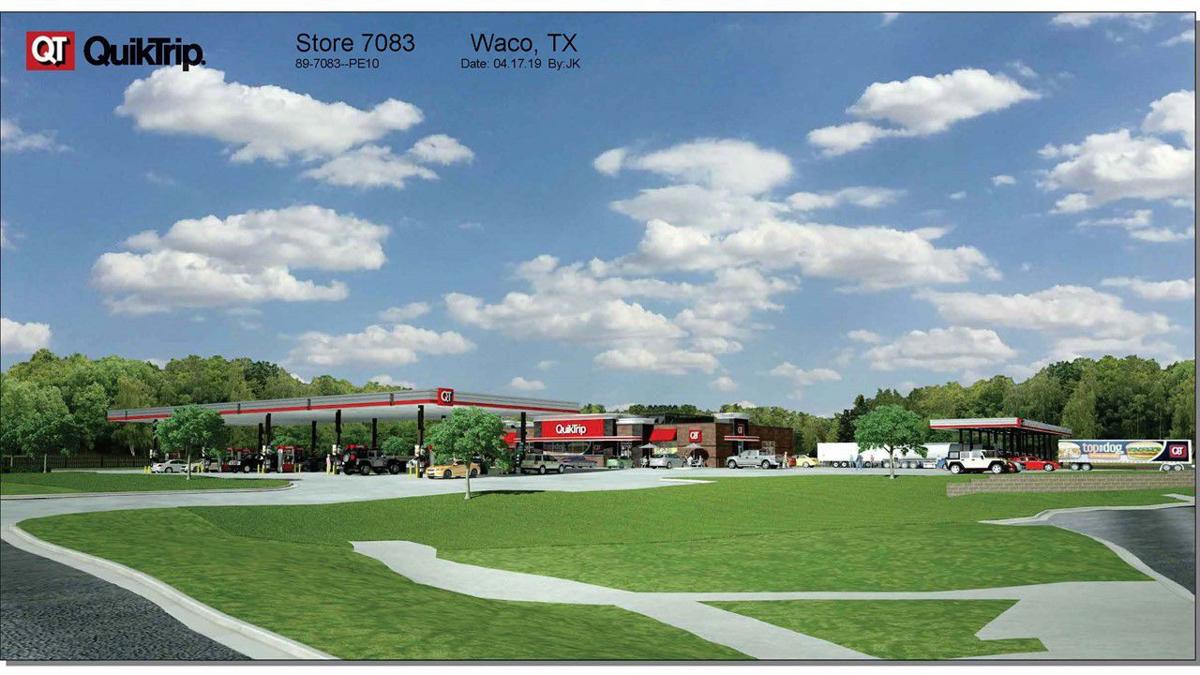 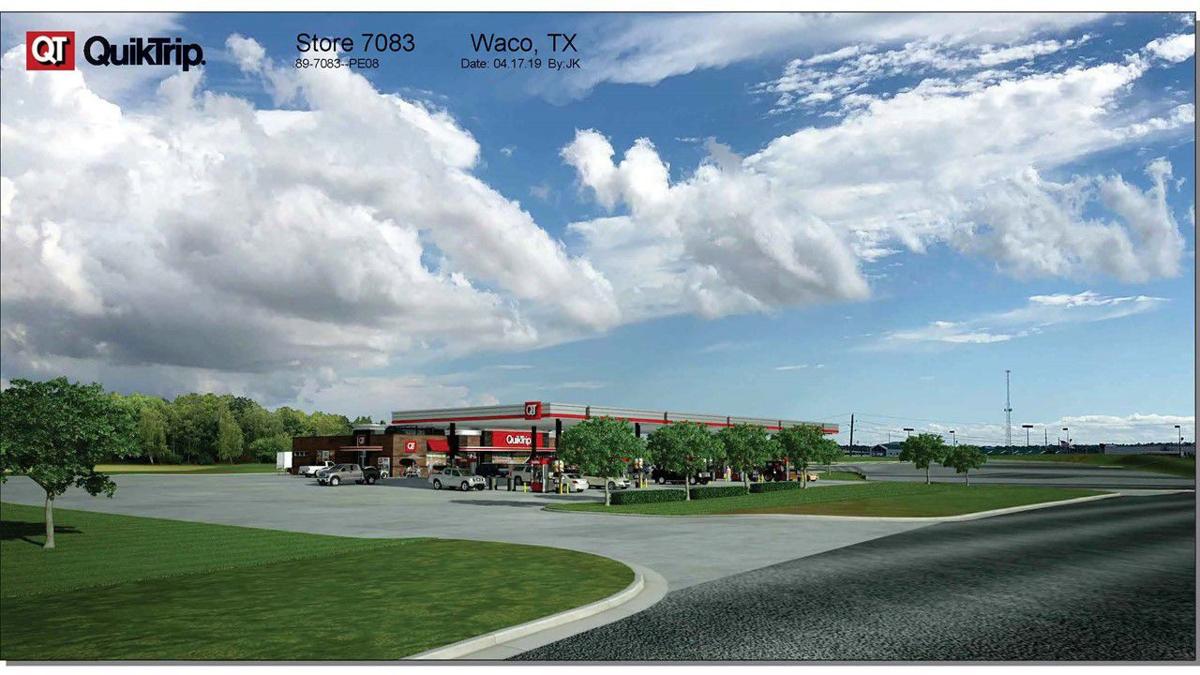 The Waco City Council made zoning changes last week that pave the way for QuikTrip to open its first store in Waco at Interstate 35 and New Road.

If Buc-ee’s has become the gold standard among roadside pit stops, QuikTrip might say been there, done that on a regional level.

And one is bound for Waco, the first in this market.

The Tulsa, Oklahoma,-based chain intends to bring its smorgasbord of fuel, specialty drinks, pizza and pretzels to New Road and Interstate 35, directly across from Flying J. Construction will start early next year, according to the company.

Still privately held after more than 60 years, QuikTrip has more than 800 locations and $13 billion in annual revenue, according to its website. It will occupy an intersection that already has several retailers and restaurants, including Denny’s, IHOP and Harley-Davidson of Waco. Nearby, developers have broken ground on an entertainment venue to be anchored by a 14-screen Cinemark movie theater.

The Waco City Council paved the way for QuikTrip last week, unanimously approving a zoning change and a Planned Unit Development designation. A grand opening of the 7,719-square-foot store should arrive in September of next year, according to a timeline provided to the council by Gwen Keen, QuikTrip’s real estate project manager.

The 7-acre development site will front New Road and wrap around Quality Inn & Suites and the IHOP next door. It will include two New Road entrances and another next to the Carl’s Jr. restaurant on the I-35 frontage road.

Council members said they are excited by Quik- Trip’s arrival.

“I stop at QuikTrip all the time when I’m traveling,” Councilman Jim Holmes told Keen during her presentation. “I’m a big fan.”

“Waco is one of the fastest growing places in Texas,” she told the council. “It’s a beautiful city, and we can’t wait to be a part of it.”

Shaun O’Neal, a real estate broker in Dallas who represents the ownership of the Carl’s Jr. location in Waco, said in a memo to the council that she supports the proposed zoning change and creation of the PUD for QuikTrip.

“I know the kind of traffic generated by the Quiktrip I use here, and I think the one there in Waco will do the same,” O’Neal said in a phone interview.

She said the additional vehicles flowing through should benefit Carl’s Jr.

QuikTrip will place a 6-feet-tall privacy fence along the western and southern borders of its property, according to information it provided the council. It will remain open 24/7 to sell gasoline from 10 pumps and diesel from eight pumps, according to a fact sheet.

Founder Burt Holmes opened a grocery store in his hometown of Tulsa after a visit to Dallas in 1957, according to the company website. He was impressed by the 7-Eleven stores he saw and persuaded a junior high school classmate, Chester Cadieux, to join him in opening the first QuikTrip the next year.