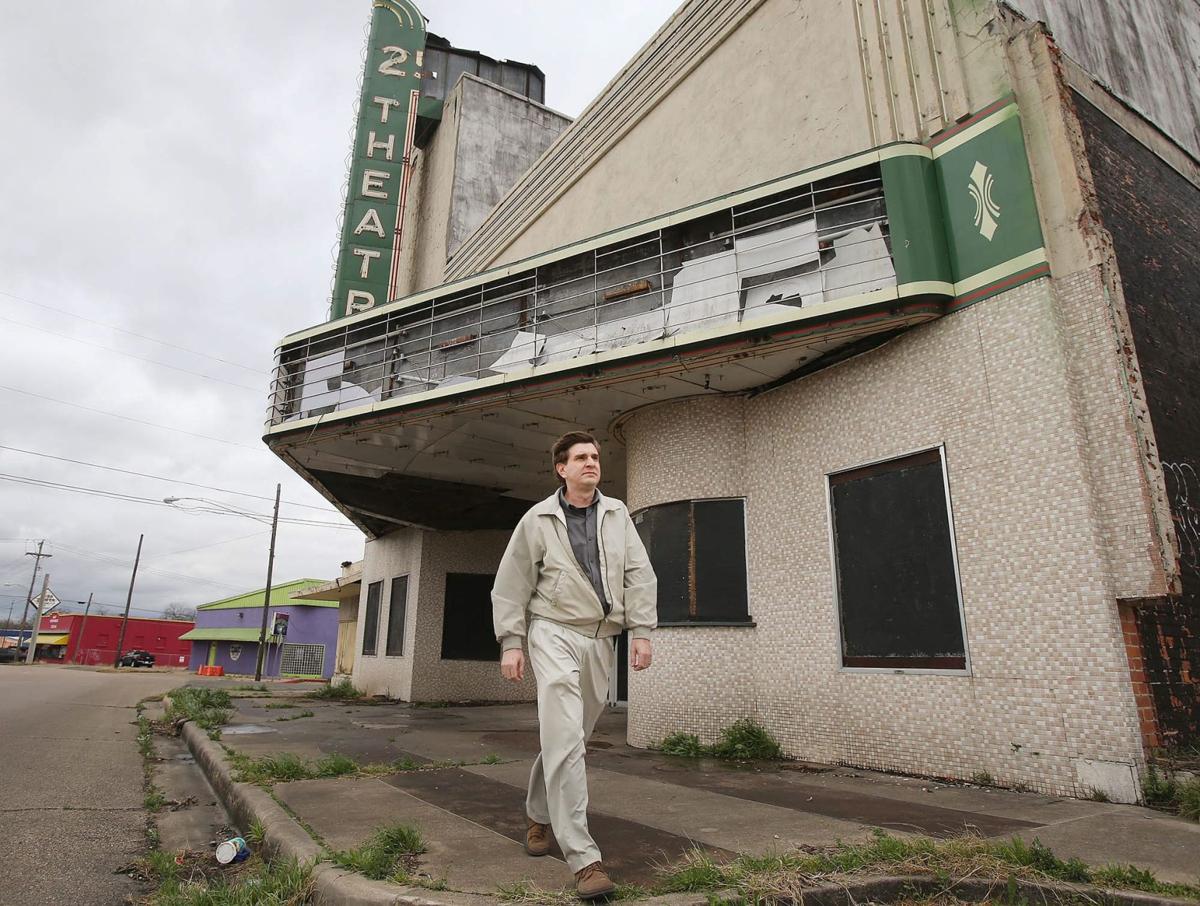 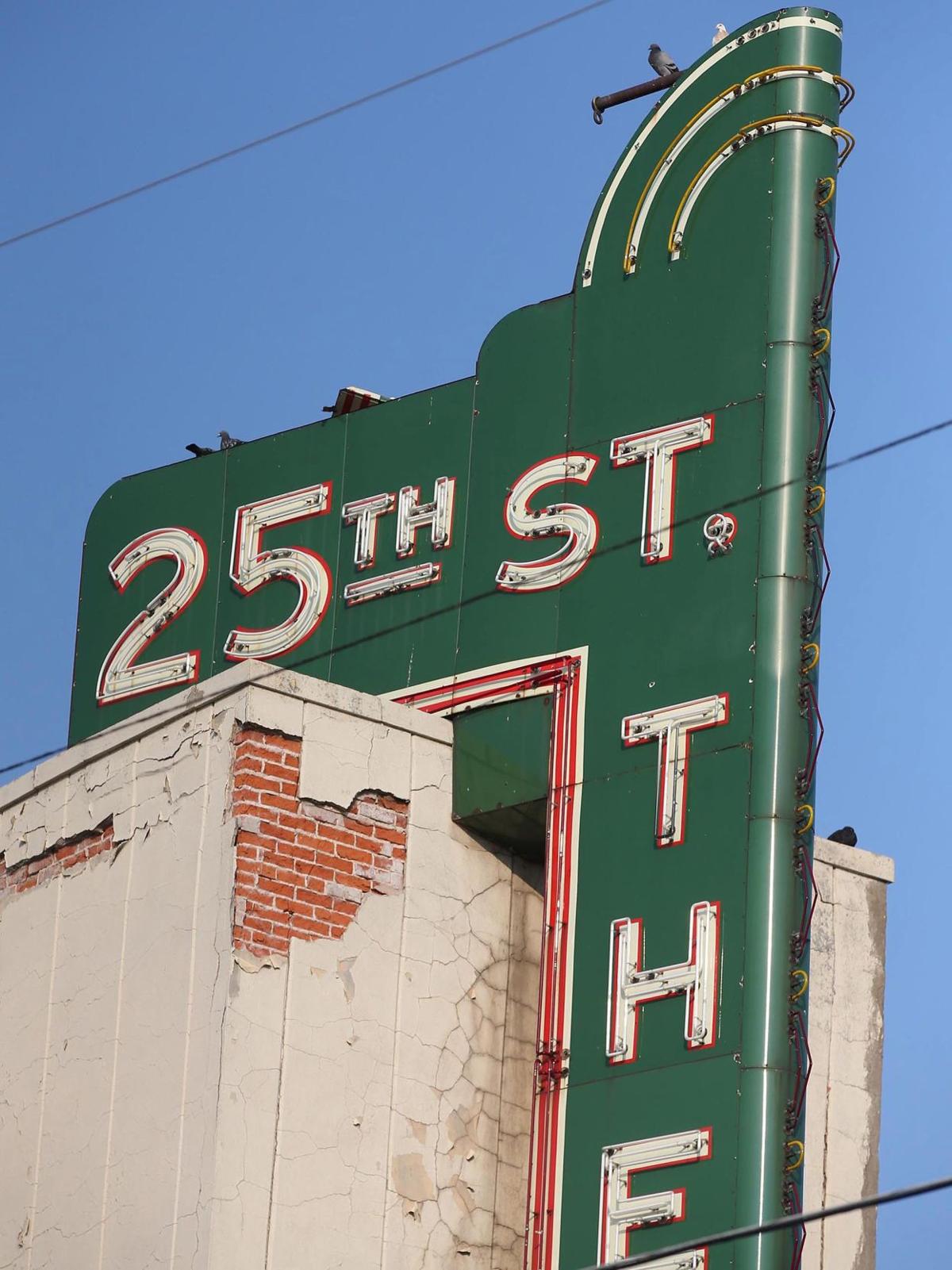 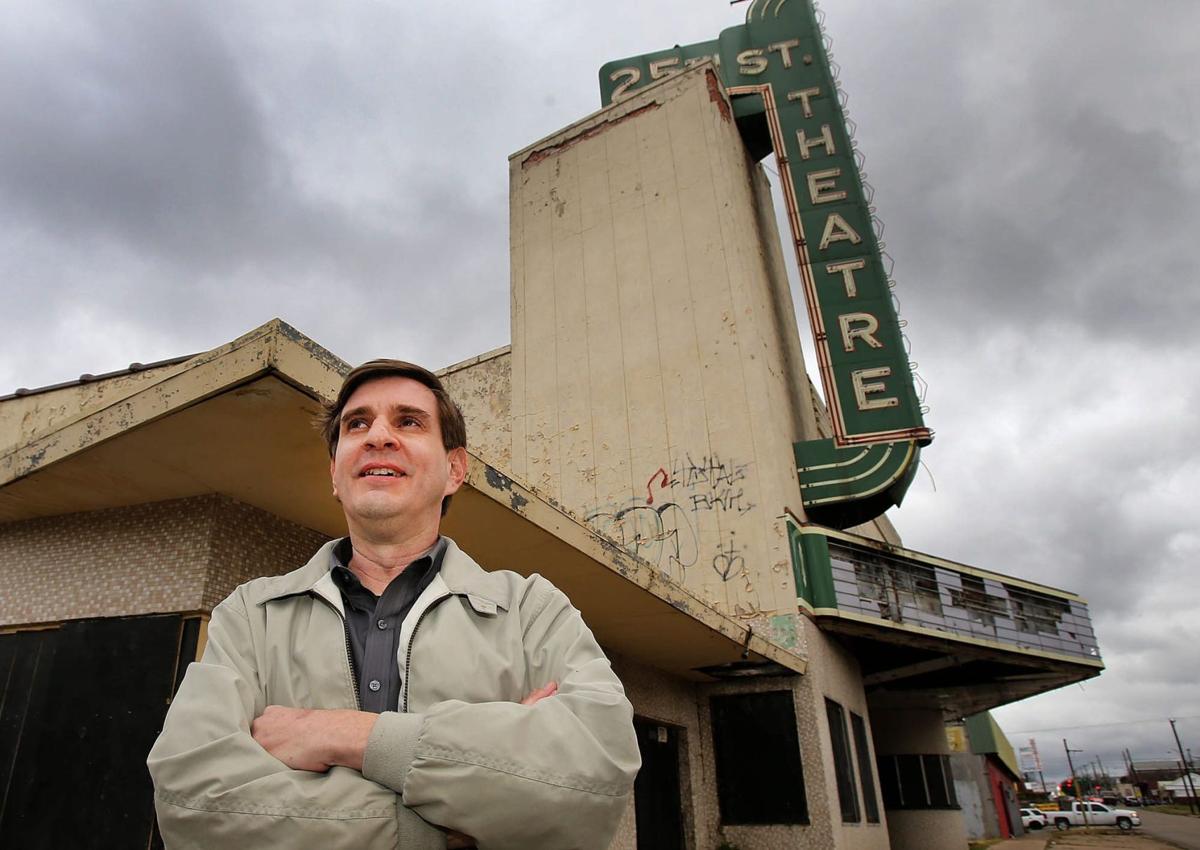 The co-owners of the 25th Street Theatre signaled this week that they’re ready for action on the dilapidated North Waco landmark.

But they apparently have different ideas of just what action that would be.

The Richard Olsen estate this week prepared to list the property with a Waco real estate agent for $120,000 but backed off Tuesday after objections from co-owner Paul “Trey” Concilio.

Concilio, a Waco businessman who has had a stake in the theater since 2013, said he is expecting his nonprofit group to begin renovations of the theater this year.

Concilio, president of the Texas Museum of Theatre and Broadcast, said an out-of-state donor has expressed interest in funding the group’s effort to turn the abandoned 71-year-old theater into a community event center.

“We’re probably close to having something break loose in the next two or three weeks,” Concilio said.

He said he hopes to renovate the facility to be “a shining star of the neighborhood,” a place for receptions, parties and special screenings of movies.

The building has been unoccupied since 1993 and has been tagged by city inspectors as unsafe since 2001, while preservationists and neighborhood leaders have expressed hope that it could be saved.

C.E. Olsen, of Clifton, the administrator of the estate, could not be reached for comment Tuesday, but an agent with Magnolia Realty confirmed that Olsen had called off the sale.

Ownership issues have kept the theater off the market since the 1993 death of the owner, Richard Olsen, son of C.E. Olsen. Richard Olsen and his partner, Richard Keiffer, had run the facility as a popular nightclub known as the 25th Street Club. Concilio said Keiffer had part ownership in the building, and Keiffer’s estate deeded that stake to Concilio’s museum group in 2013.

Concilio said he has been trying for the last decade to get control of the building so his group could renovate it. He said he has had an engineering study done of the building and has spent about $30,000 of his own money on costs related to the project.

“Part of the reason it hasn’t been able to move forward is ownership,” said Concilio, owner of Brazos Communications.

But he said he has been working “hand in hand” with C.E. Olsen in the past couple of years and discussed the renovation plans over dinner a few weeks ago. Concilio said he was caught off-guard when he heard Olsen was trying to put it on the market, but he said he thinks the premature listing was just the result of a misunderstanding.

Concilio said he hopes to get full ownership of the building, though he doesn’t want to pay anywhere near $120,000 for it, since he is already part owner and because it would take some $250,000 to remediate the mold and asbestos inside.

> SLIPPING AWAY: In search of Waco's most endangered buildings

The McLennan County Appraisal District lists an assessed value of $110,570 for the two tracts that make up the property, totaling about 1.5 acres. The property has a large parking lot and fronts on four streets, including 25th and 26th streets.

The 780-seat theater opened in 1945 and set the standard for postwar theaters in Waco, with air conditioning, a wide screen and elaborate murals of charioteers inside. The facade of the building, including a giant neon sign with the words “25th Street Theatre,” became a landmark for the Sanger-Heights neighborhood. The theater showed first-run movies, including “Star Wars,” but competition from other theaters caused it to close in 1982. Keiffer and Olsen ran the spot as a nightclub from 1986 to 1993.

After two decades of decline, Waco City Council considered filing a nuisance abatement lawsuit against the owners in 2013 but backed off, saying they wanted to give the historic property a chance for renovation.

Waco Main Street Manager Andrea Barefield, who oversees revitalization for City Center Waco, said the building has great potential for a performance space or other use.

“I think it’s one of those Waco jewels that deserves to be preserved,” Barefield said.

“I know the neighborhood association has deep care for that landmark, and I think the possibilities are exciting,” Meek said.

Imagine if the Waco tornado 62 years ago had ripped out the Waco Suspension Bridge, the ALIC…

Call it an eyesore or a landmark of North Waco, but time is running out for the abandoned 25th Street Theatre.