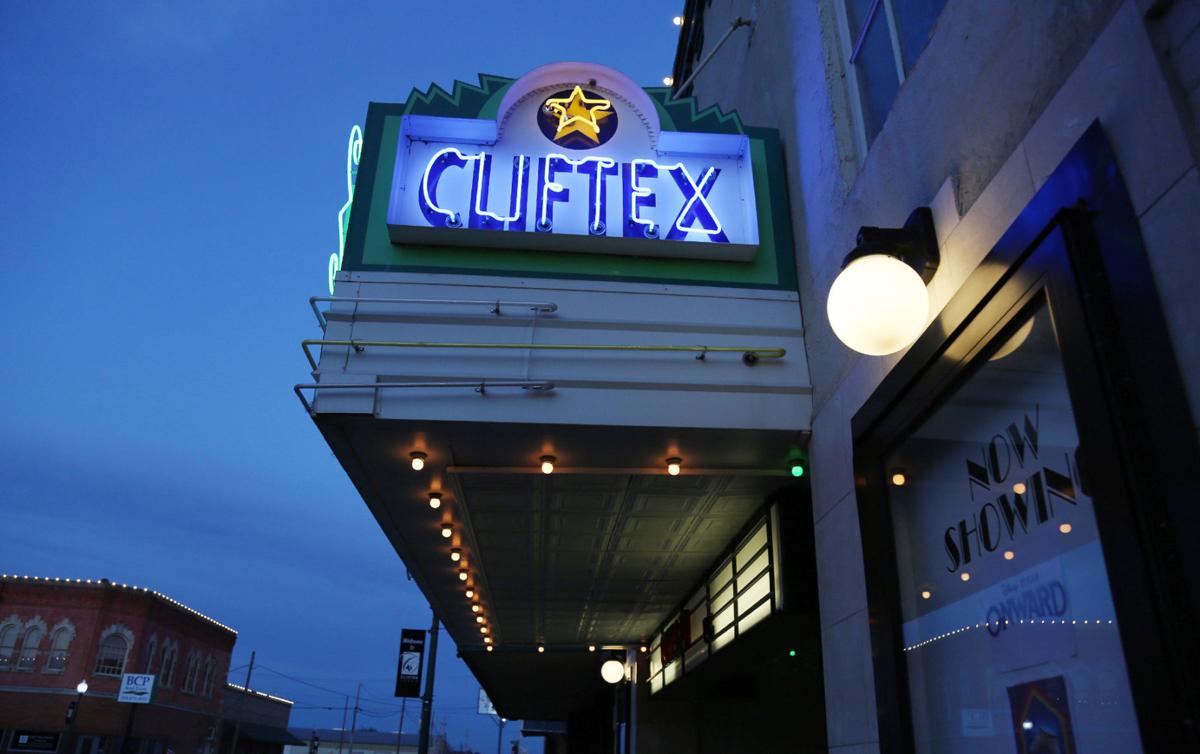 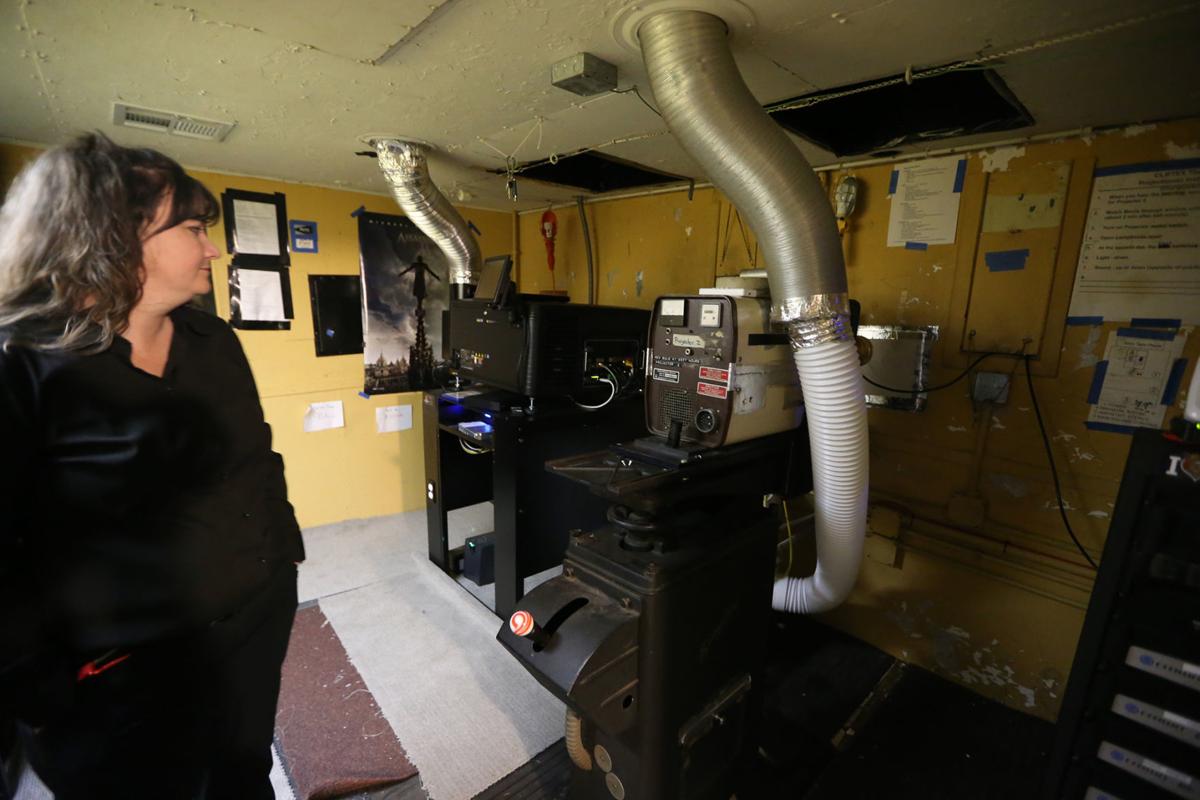 Manager Shannon Epling looks over the old projector (right) that was replaced with a digital one few years ago. 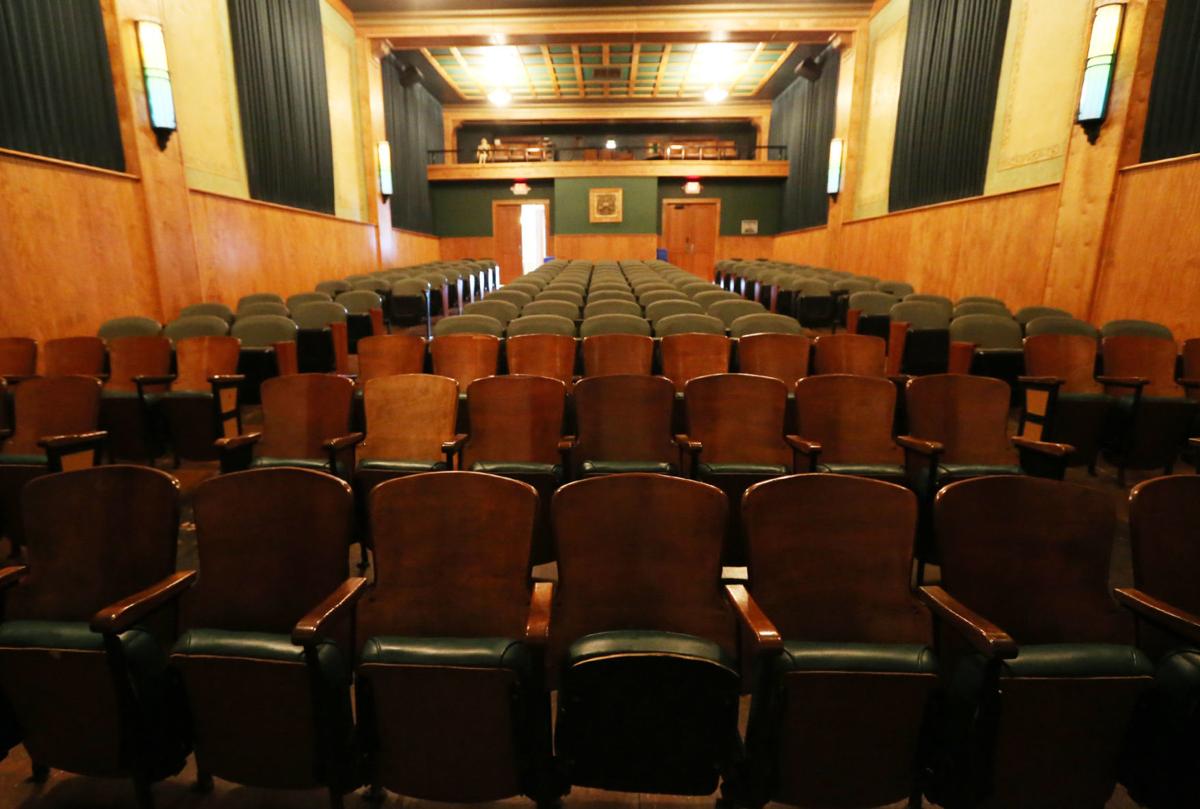 The Cliftex Theatre has been in operation since 1916. 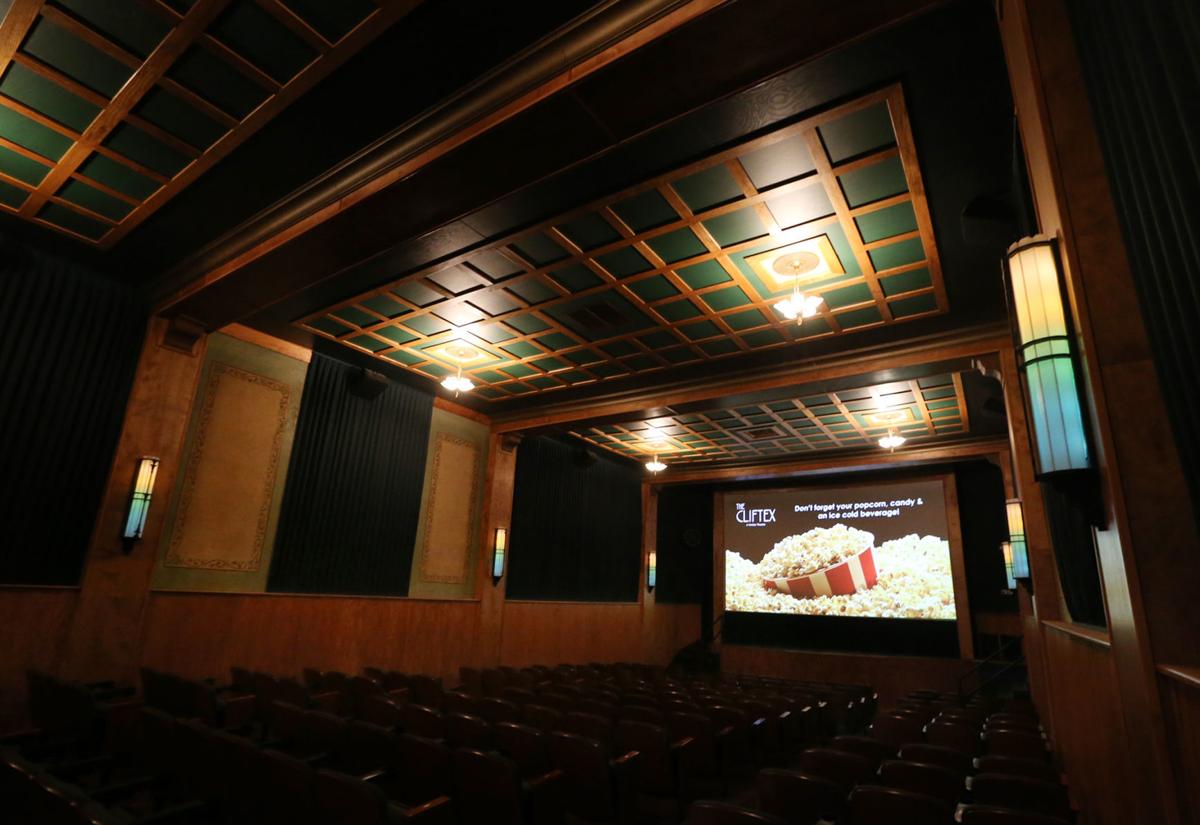 The Cliftex has a new owner, Veritas Arts, and will show more current films along with independent fair and live performances. 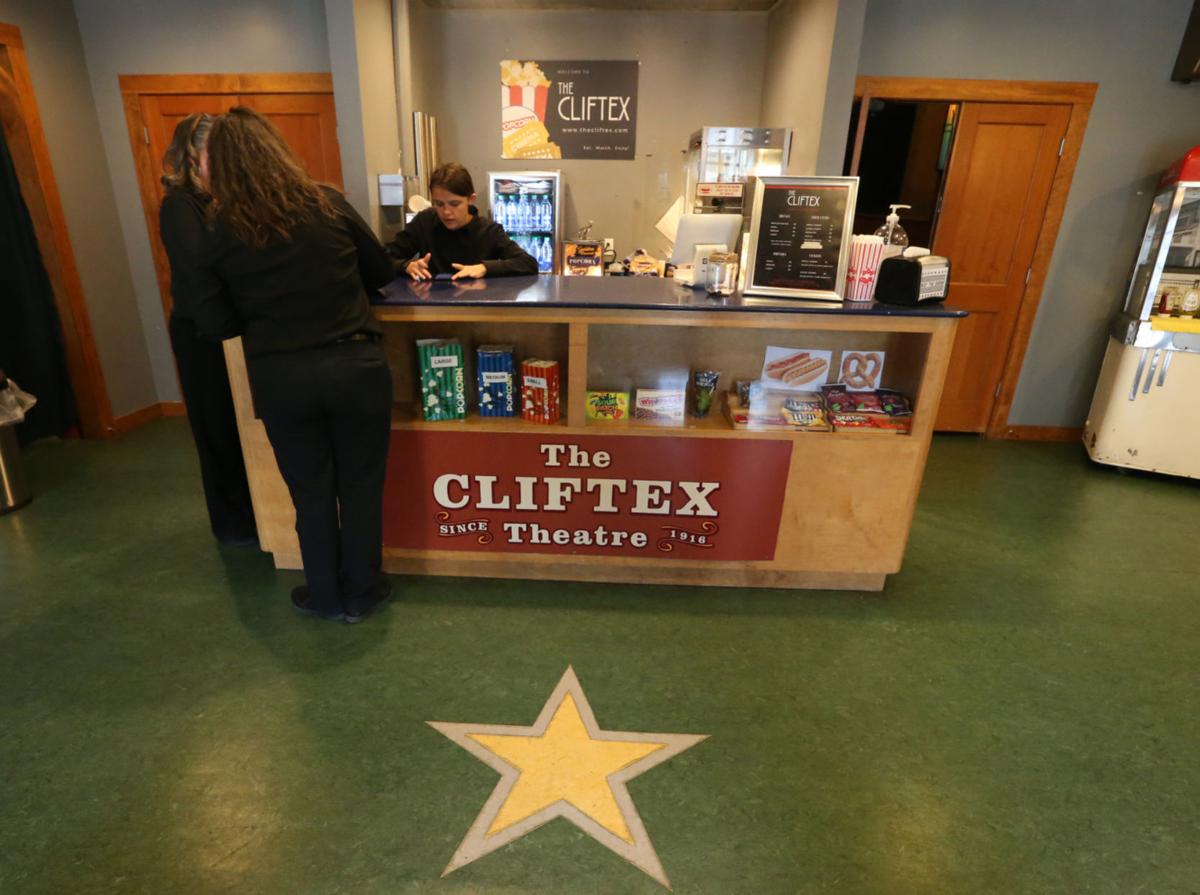 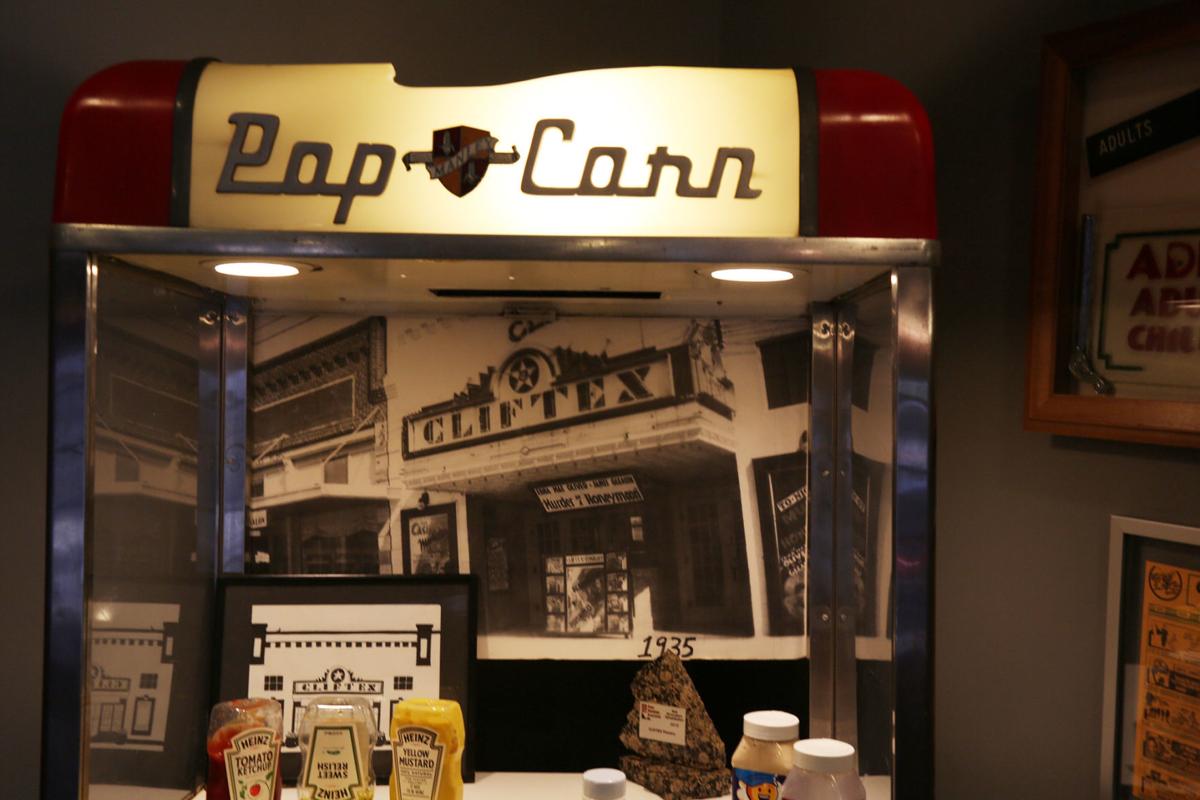 An old popcorn machine serves as a condiment bar in the Cliftex lobby. 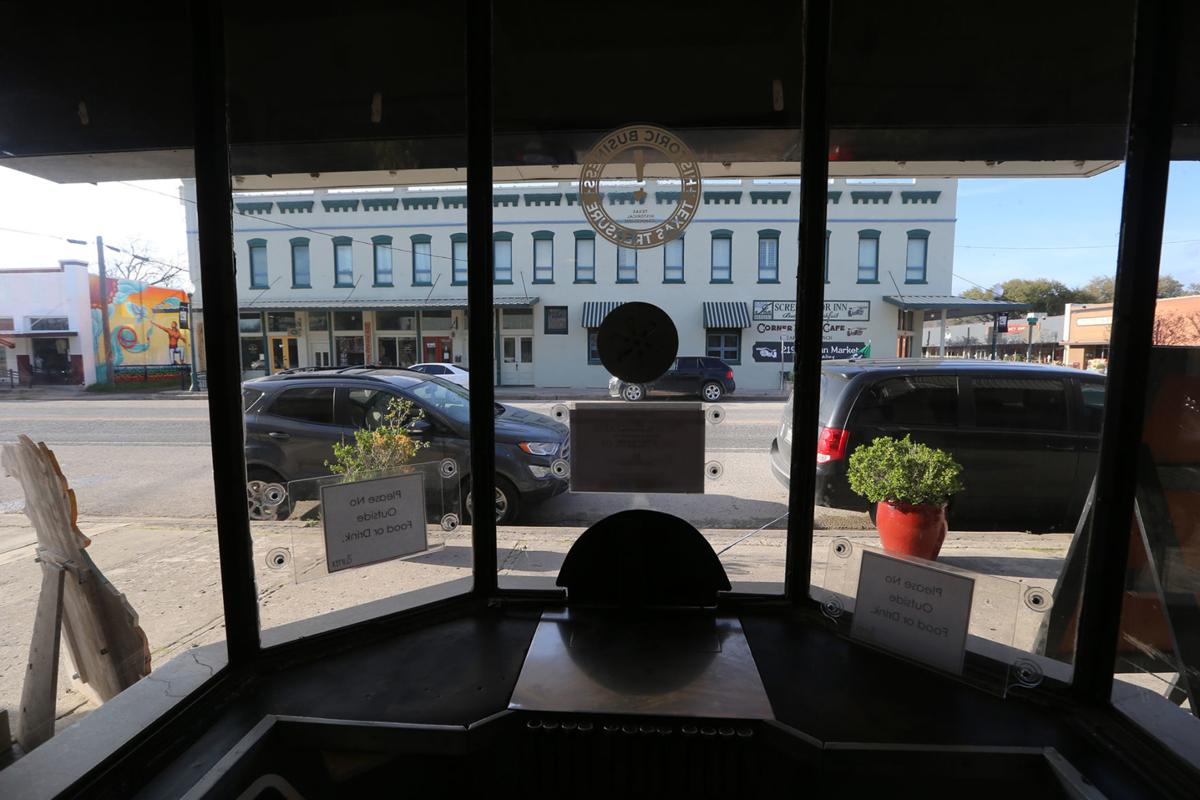 The view from inside the Cliftex box office, which used to be connected to a small concession stand. 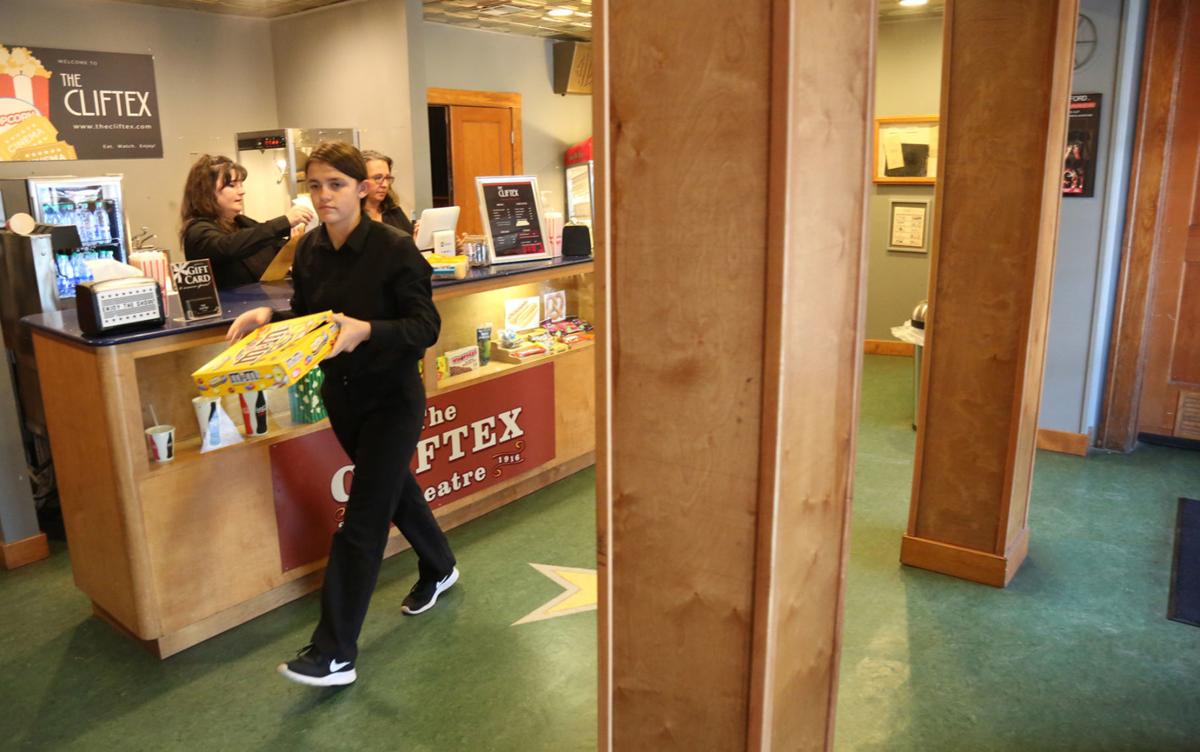 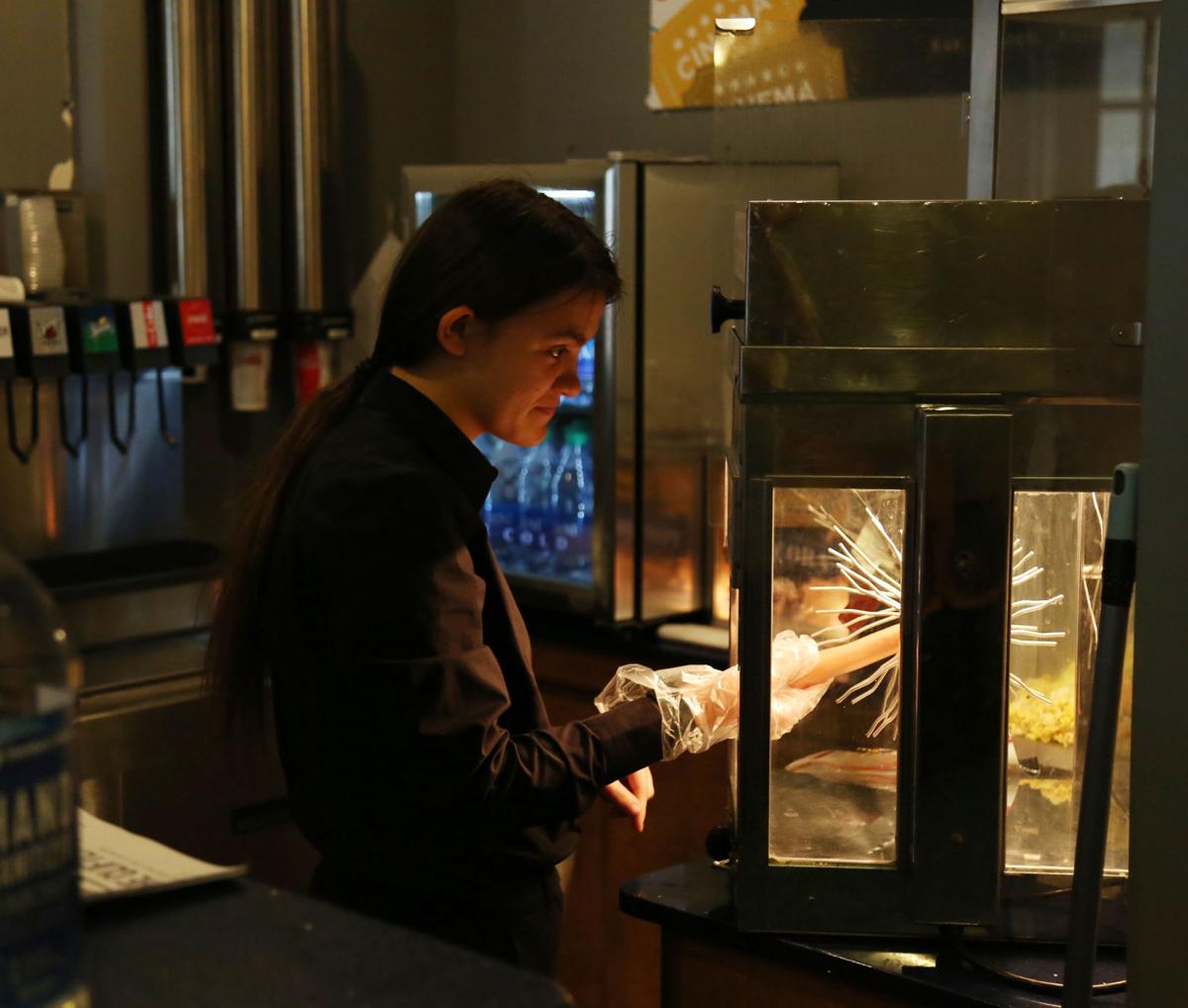 The Cliftex Theatre has a new owner, an expanded operating schedule and is showing first-run movies.

The Cliftex Theatre in Clifton has changed hands for the second time since it celebrated 100 years in operation in 2016.

The new owners plan on preserving the legacy of the single-screen operation that claims the mantle of being the longest continuously operating movie theater in Texas, while also bringing live performance into the mix.

Veritas, a nonprofit, bought the theater last month from Rich Douglas, a full-time video game composer who had about a four-year run at Cliftex’s helm with his late wife, Leah. Veritas also recently bought the Texas Arts Theatre in Hillsboro with plans to renovate and reopen it this summer. The nonprofit has four theaters, with two in Grove City, Pennsylvania, and that is just the beginning of its plans, President Spencer Folmar said.

“We’ve been looking all over the country for what would be our second location,” Folmar said of the search that led to Texas. “Whenever we made the visit to Hillsboro, we just fell in love with the charm of Hillsboro and Central Texas. We’re hoping to get 10 theaters by the end of the year.”

The company’s website asks viewers, “Know of a theatre that needs saving?” and offers a contact link.

The Cliftex Theater first opened in 1916 and still bears tin ceiling tiles under the marquis and light fixtures inside that hint at its past. Under previous ownership, the theater showed films that were a few weeks old, but Veritas has already starting bringing in current films and has expanded operations from four days a week to seven.

Before showtimes, guests can take in old advertisements from the ‘60s and ‘70s and old metal signs displaying 10-cent admission prices, as well as a wall bearing a line of plaques recognizing all of the theater’s past owners.

“That’s why it’s slanted down,” Bateson said, gesturing to the sloping floor under her feet.

Bateson said the clientele mostly consists of families and older people who grew up with the theater. With the expanded screening schedule, regulars have started to unofficially reclaim Thursday as “adult night,” once an official designation by the theater.

The occasional group of newcomers, prone to snapping photos of the memorabilia in the lobby, the decor in the theater and the building’s marquis, tends to stand out.

For people who grew up coming to the theater, it is other details that make the theater special.

An old film reel has been propped up in the frosted glass window of the projection booth, visible from the street, for as long as anyone can remember. The light-up clock advertising “Vykukal Drug Prescriptions” to the left of the screen may or may not have come from the pharmacy across the street, depending on who you ask.

Shelly Townley, an elementary school teacher, said she went to the theater in Clifton nearly every Friday when she was in middle school. In those days, the pharmacy clock still lit up and would stay on throughout the film. Though it has not worked in years, the clock is still one of her favorite things about the theater, Townley said.

“Thursday was adult night, so we couldn’t go then. So it was Fridays or Saturdays,” Townley said.

Now that her daughter Ava is old enough for the movies, they are coming back weekly.

“I like the times. Being able to go Monday through Friday instead of just the weekend is better,” Townley said. “I don’t know if that will stay, but we never used to come on a Tuesday.”

In addition to the expanded operating schedule, the new owner plans to bring concerts, community theater productions or other live performances to the Cliftex and to its other theaters, Folmar said.

It is a delicate balance to include live performance without changing the character of the theaters too much. Both of Veritas’ Texas theaters will always be “movies first,” he said.

“We’re coming up on 100 years of film,” Folmar said. “I think it’s absolutely worth preserving.”

The Hillsboro project is ongoing and will likely cost $100,000 or so to complete, with an additional $50,000 in venue updates to accommodate live events. Texas Arts Theatre first opened in 1926, though the building first opened as a hardware store in 1889. The town has not had a theater in years, and the building still requires extensive renovations. The Cliftex, which is smaller and already underwent heavy renovations in 2008, is a different story.

“We’re looking, maybe not at community theater because it is so small, but maybe some live bands and singer-songwriter acts,” he said.

Folmar said then-owner Rich Douglas reached out to him after learning about his plans in Hillsboro. The day after a preview night event for Hillsboro, they closed on the deal in Clifton.

Douglas and his wife, Leah, bought the Cliftex and relocated from Memphis to Clifton, where his family owns a ranch.

“We were about to have a child, and we wanted to slow down,” Douglas said. “There was just something really cool about carrying on an important legacy for the town.”

His favorite part about the place is the balcony, only accessible by crawling through a window. He said the balcony let him keep an eye on things but also let him enjoy the audience’s enjoyment.

“Especially if there’s a comedy playing and there’s 150 people laughing together and having a good time, seeing that from the balcony is just incredible to see and experience,” Douglas said.

Then his wife died in April, and it did not feel right to continue alone what they had started together. Veritas has the means to keep the theater going, he said.

“They have funding that’s unavailable to me, and I figured they could continue that legacy while adding stuff to it,” Douglas said.

Veritas is comprised of two companies: Veritas Arts, Folmar’s independent production company, and Veritas Academy of the Arts, a nonprofit that owns and operates the theaters. Folmar said the plan is to keep the film production and nonprofit sides of the company separate. However, he said he hopes the theaters will help independent films in general find audiences, as distribution is often a hurdle for indie productions.

Funding comes from donors, sponsors and daily theater operations. Ticket prices stay at $5 to keep customers coming back. Folmar said what he is looking to preserve is the theater-going experience, something that cannot easily be replaced by a streaming service.

Folmar said though right now might not be the time for it, with U.S. Centers for Disease Control and Prevention officials encouraging social distancing to prevent the spread of COVID-19, coming together at the movies is something that is irreplaceable.

“I think it’s good for people to be together, in person, and experience an art form together,” he said. “Theaters have a special place in society. People of all backgrounds, with different politics, come together for a common experience.”