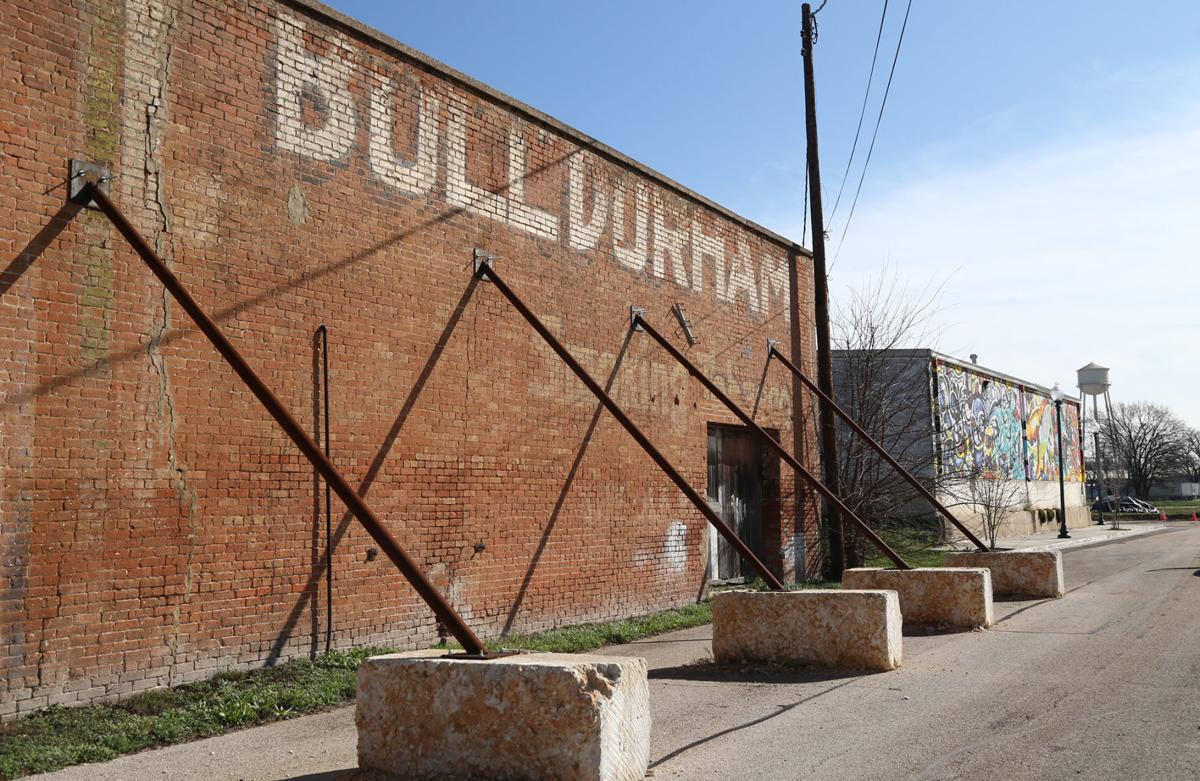 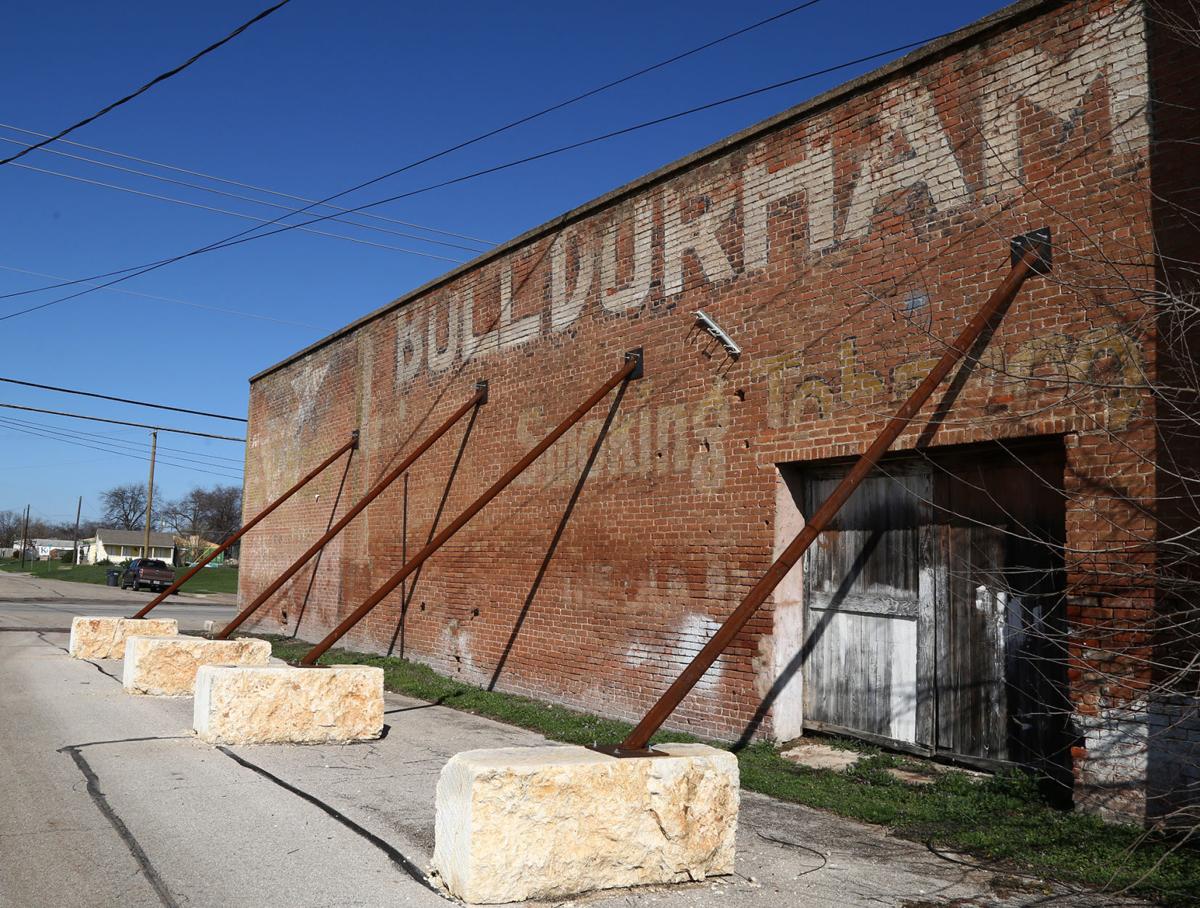 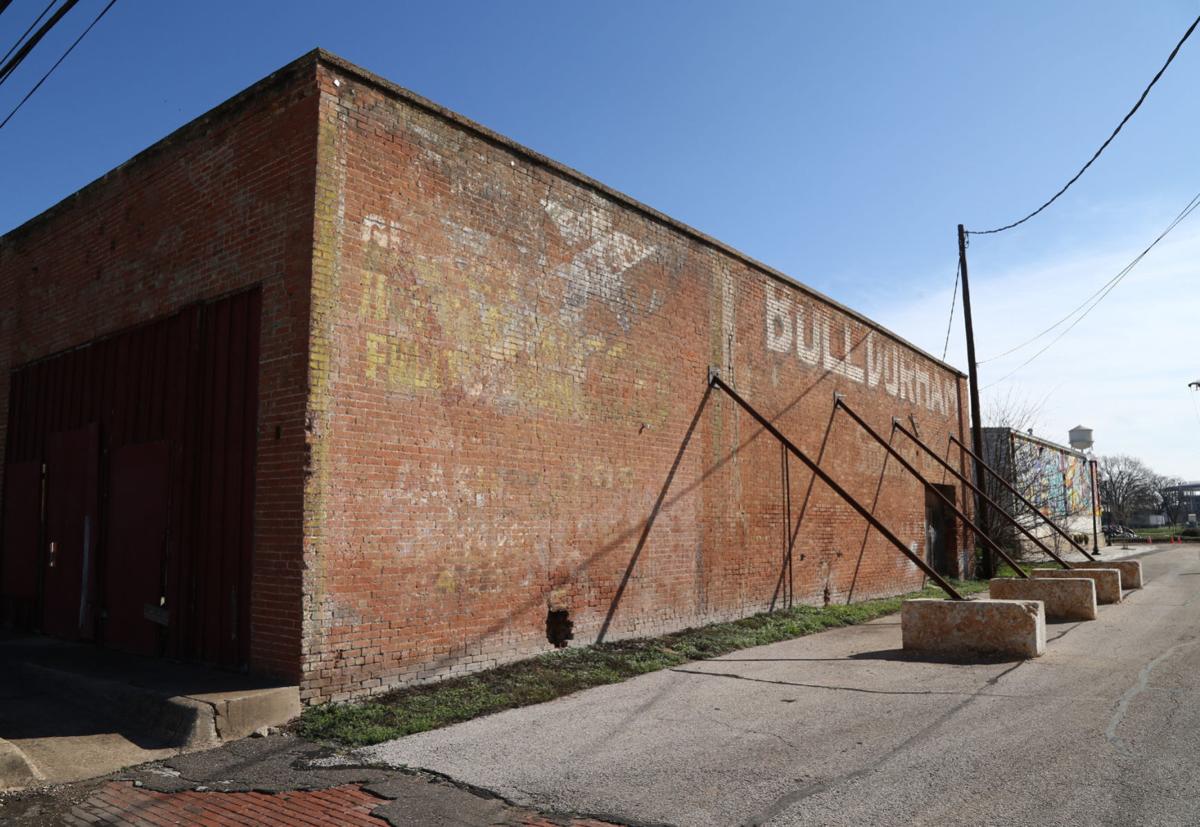 The Bull Durham building at 401 Elm Ave., smack in the middle of economic development on the east side of Lake Brazos, is being offered for lease by owner Austin Meek.

Meek owns the local Pokey O’s, part of a Dallas-based cookies-and-ice-cream business with a presence in eight Texas cities. Meek’s Pokey O’s food trucks regularly can be seen at downtown locales. He bought the Bull Durham property in December 2018 and later announced he would use it for a Pokey O’s brick-and-mortar location and a development called Mammoth Culture Club to include a patio with an outdoor stage, beer-garden-style seating and a full bar.

Meek said he has not abandoned that vision by putting the 3,500-square-foot Bull Durham building on the market. But he said a lot of soul-searching and consulting with local real estate agents and developers convinced him he needed a second party involved. He chose to list the site for lease at $20 per square foot annually with Gregg Glime, a local commercial real estate agent. Meek and Glime were scheduled to meet with a prospect to tour the building one afternoon last week.

Meek said the presence of an “anchor” should defray costs associated with rehabilitating the building built in 1925. It needs a new roof, and passersby will notice metal supports wedged against the brick-covered walls.

Should a lessee be secured, he might consider placing a shipping container next door, he said. Eventually, he could see an “outdoor shopping mall” materializing on that site to showcase 10 mobile retailers, including probably his own permanent Pokey-O’s location, leaving a second food truck he acquired late last year to cruise around and park at hot downtown locations, Meek said.

“They might sell everything from candles to headbands,” he joked.

Soon, probably by March, Meek said he hopes to complete light landscaping at the address, and may by then have opened a taqueria.

Demonstrating his desire to start with a clean slate, Meek said he has relinquished a $273,000 Tax Increment Financing grant he was awarded on his estimated $1.375 million redo of Bull Durham and its environs. His reworked numbers reflect a $1.08 million contribution on his part.

He said he will take another run at securing TIF-related assistance.

The much-ballyhooed, $100 million Brazos Promenade development along the west banks of Lake Brazos is now showing more than potential.

A building permit valued at $20.2 million has been secured by Catalyst Urban Development to place Brazos Promenade Apartments, a parking garage, a retail building and two Dumpster enclosures at 414 S. University Parks Drive, near the heart of the mixed-use development that backers have said would include a full-service hotel, restaurants, shopping venues and housing.

On the drawing board for years, Brazos Promenade has received a pledge of a more than $20 million Tax Increment Financing grant from Waco.

Information provided by the local office of the Associated General Contractors of America shows Catalyst Urban Development secured permits Jan. 14 to build on land at 407, 414 and 500 S. University Parks Drive, and at 90 and 121 Webster Ave. This stretch of property includes the vacant Waco Fire Department training station to be demolished for Brazos Promenade.

No word yet on when construction will start. The most recent start date officials provided passed months ago.

Another building permit of note is one issued for finish-out work on the former Sears building at Richland Mall. Dillard’s now owns the space and has announced plans to relocate there its women’s store, now located elsewhere in the mall and soon to become available for lease.

This permit does not include a cost estimate for interior finish-out. However, a permit issued late last year indicates the entire redo would carry an $8.3 million price that includes a 20,000-square-foot addition that would expand the pending Dillard’s space to 177,000 square feet.

Also at Richland Mall, hiring has started for a new Gordmans store scheduled to take over the Bealls space on March 17.

Houston-based Stage Stores is the corporate parent of Bealls, Gordmans, Peebles, Goody’s and Palais Royal. A press release from Stage states it will change most stores to Gordmans locations this year.

“Gordmans is an off-price retailer, which means Gordmans offers popular name brand apparel, on-trend home decor and other merchandise for the entire family at prices that are lower than department stores,” according to the press release. Bealls employees will become Gordmans employees, but additional staffers will be hired during job fairs.

The job fair associated with the Waco Gordmans is scheduled Tuesday. Gordmans typically employs 20 to 30 people at its locations.

The Greater Waco Chamber of Commerce will host a Legacy Awards ceremony from 6 to 8 p.m. Wednesday in the Waco Convention Center recognizing two longtime businessmen: Jim Hawkins and J.H. “Jack” Kultgen. Tickets are $100 per person.

The Mars Wrigley Confectionery plant in Waco built the biggest chocolate-and-nut candy bar on record, according to Guinness World Records. The 12-foot creation was unveiled, sort of, during a ceremony Thursday, though the red, white and blue Snickers wrapping was not removed.

The Tribune-Herald account of the ceremony did not include the names of employees who carried out the task, which was publicized to raise awareness of Mars’ planned Super Bowl advertising spot.