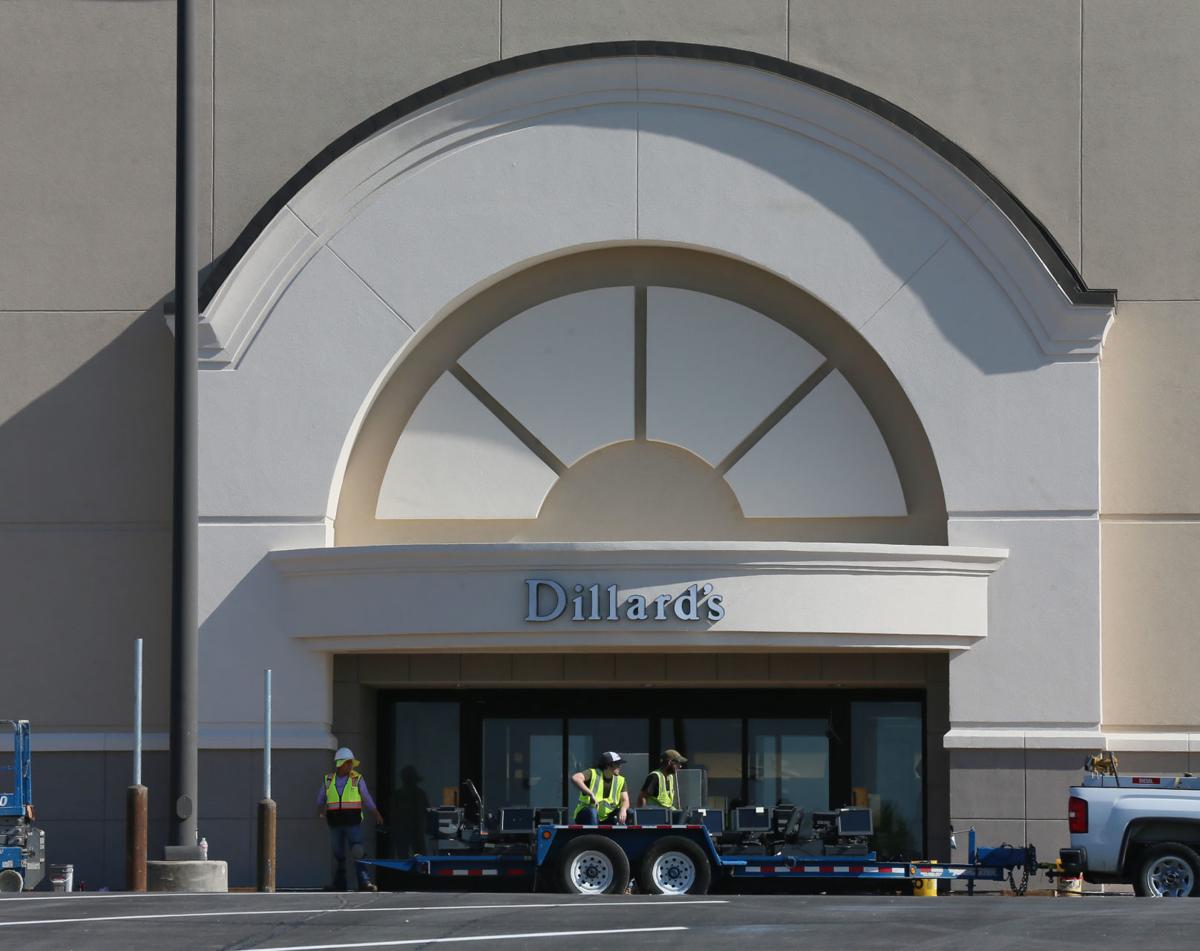 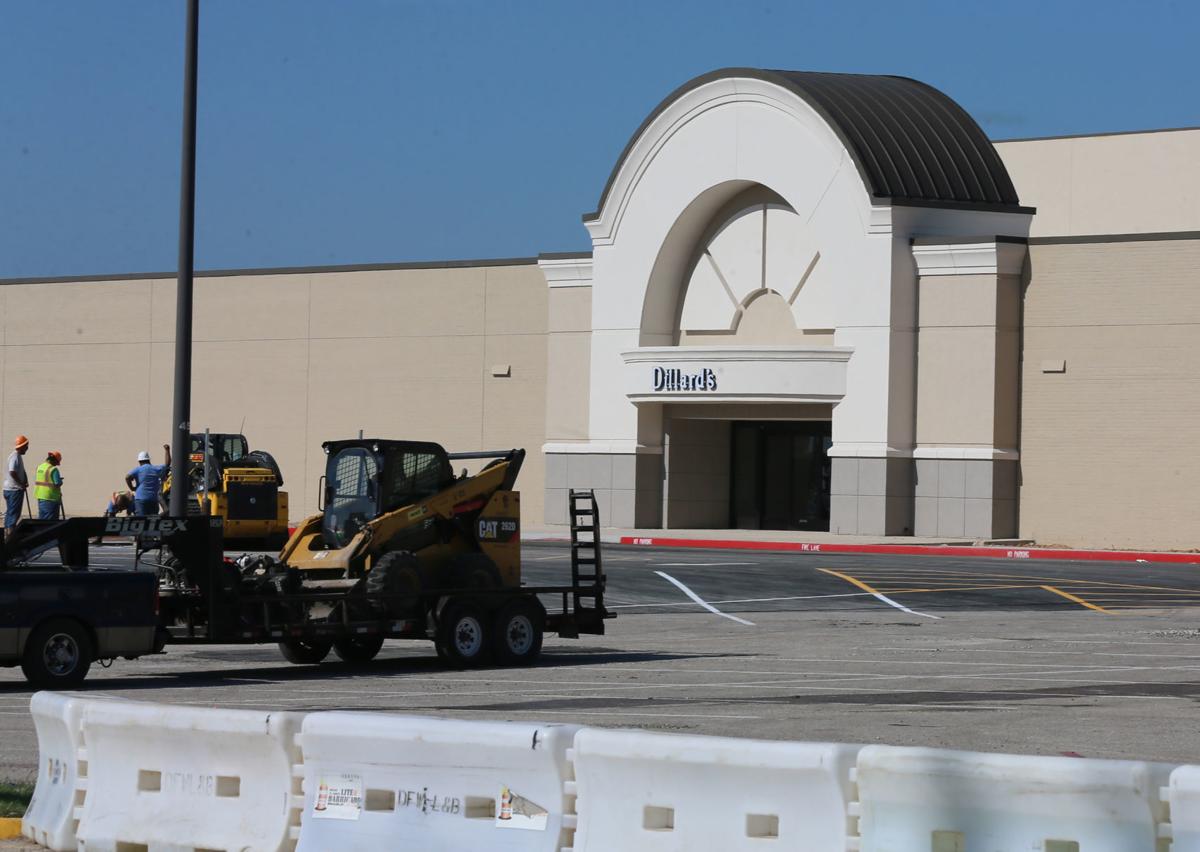 Dillard’s opens Friday at its new location at Richland Mall.

Dillard’s opens Friday at its new location at Richland Mall.

The J.C. Penney store in Waco is among 34 statewide the iconic chain will reopen Wednesday following a lengthy COVID-19-related shutdown.

Longer term, J.C. Penney said in a court filing related to its Chapter 11 bankruptcy it will shutter 242 locations — about 30% of its inventory — as it seeks to restructure. Remaining stores “represent the highest sales-generating, most profitable, and most productive stores in the network,” the retailer said in its Securities and Exchange Commission filing.

J.C. Penney has been an anchor of the mall since it opened in 1980.

Dillard’s spent nearly $9 million remodeling the former Sears location on the mall, and that process ends Friday with a grand opening on the mall’s east end. On Tuesday, crews using a lift were installing exterior letters spelling “Dillard’s.” The view through one of four entrances revealed finishing touches pending, as tools and empty display cases were plentiful but merchandise was not.

The retailer announced last year it hoped to complete its transformation of the Sears space by May 2020. It is keeping that promise even as Waco joins the nation in dealing with the COVID-19 pandemic that closed the mall for seven weeks. Some major retailers, including Bath and Body Works, Victoria’s Secret and Earthbound Trading Company, have yet to reopen.

Still, more than 20 smaller shops and a smattering of dining options, including Chick-fil-A, have resumed mall operations.

“Dillard’s is committed to providing a high level of safety standards for customers and associates,” said Guymon. “We have changed our operating procedures in all stores to meet and exceed such standards.”

Both Dillard’s locations at the mall will open Friday.

Waco’s Gordmans complied then reopened under the shadow of bankruptcy.

“The increasingly challenging market environment was exacerbated by the COVID-19 pandemic, which required us to temporarily close all of our stores and furlough the vast majority of our associates,” said CEO Michael Glazer in a statement. “Given these conditions, we have been unable to obtain necessary financing and have no choice but to take these actions.”

The Washington Post reported that since 2017, Stage had emphasized converting properties into Gordmans locations “to compete with discounters such as T.J. Maxx and Burlington Coat Factory.” The approach reaped rewards, as same-store sales increased more than 17% in the most recent quarter, said the Post. But the coronavirus pandemic dealt a fatal blow.

“We are looking forward to the opening of Dillard’s in their new location at Richland Mall. The store is a favored retailer for Waco shoppers and they are an important part of the continued success of the property,” Keating said.

J.C. Penney takes in 100,000 square feet at the mall’s west end. It did not respond to email messages from the Tribune-Herald on Tuesday.

“We are thrilled to welcome our associates and customers back to J.C. Penney stores in Texas, and our top priority remains on the health and safety of our associates, customers, and communities,” said Jim DePaul, executive vice president of stores at J.C. Penney, in an online news release.

Dillard’s, meanwhile, opens its new Waco store having gone through a challenging first quarter that saw a 45.1% decline in net sales compared to sales the first three months of last year, as reported by yahoo.com.

It furloughed about 90% of its 38,000 associates by the time the COVID-19 pandemic was at full force, according to its filing. It temporarily reduced salaries of its associates by 20% on April 17, while its CEO chose to forgo his salary in early April, the filing continued. These reductions likely will continue through May 30, and reduced payroll expenses by 35% the first quarter.

“It has suffered setbacks, lost stores to Central Texas Marketplace, but it has managed to maintain a high occupancy rate. It has become an even more attractive mall with the arrival of Dick’s Sporting Goods and what Dillard’s is doing on the other end. It’s all a good look for Waco,” Farrar said.

Dillard’s this week will leave a 104,000-square-foot space it leases at Richland Mall to occupy the former Sears space it purchased as Sears faced mounting financial pressures that eventually led to its own bankruptcy.

That leased space is being marketed by a real estate firm in Odessa.