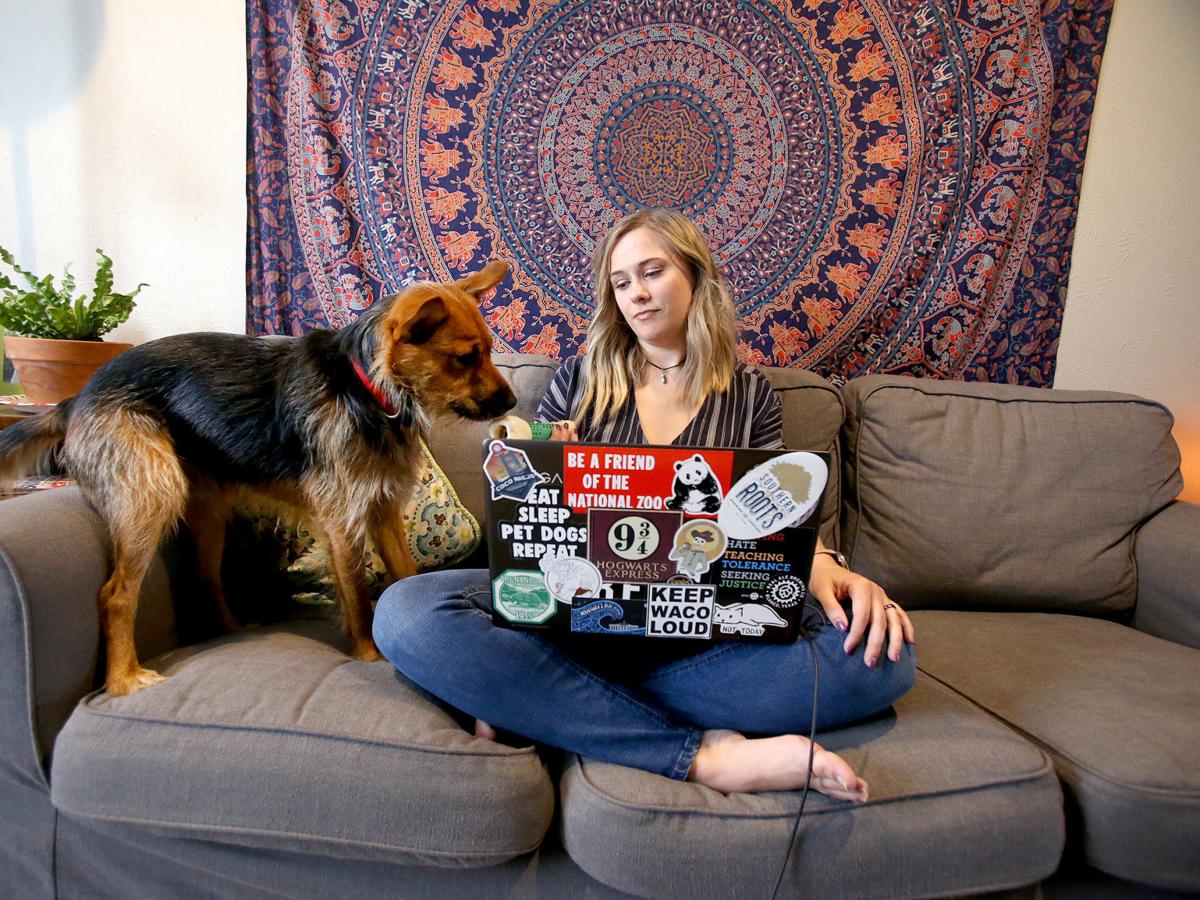 Faith Williams, a bartender at Southern Roots Brewing Co. out of work while the brewery is limited to to-go service for a public health emergency, takes a break from her computer with her dog, Spencer, as she tries to find resources to help her bridge the gap. 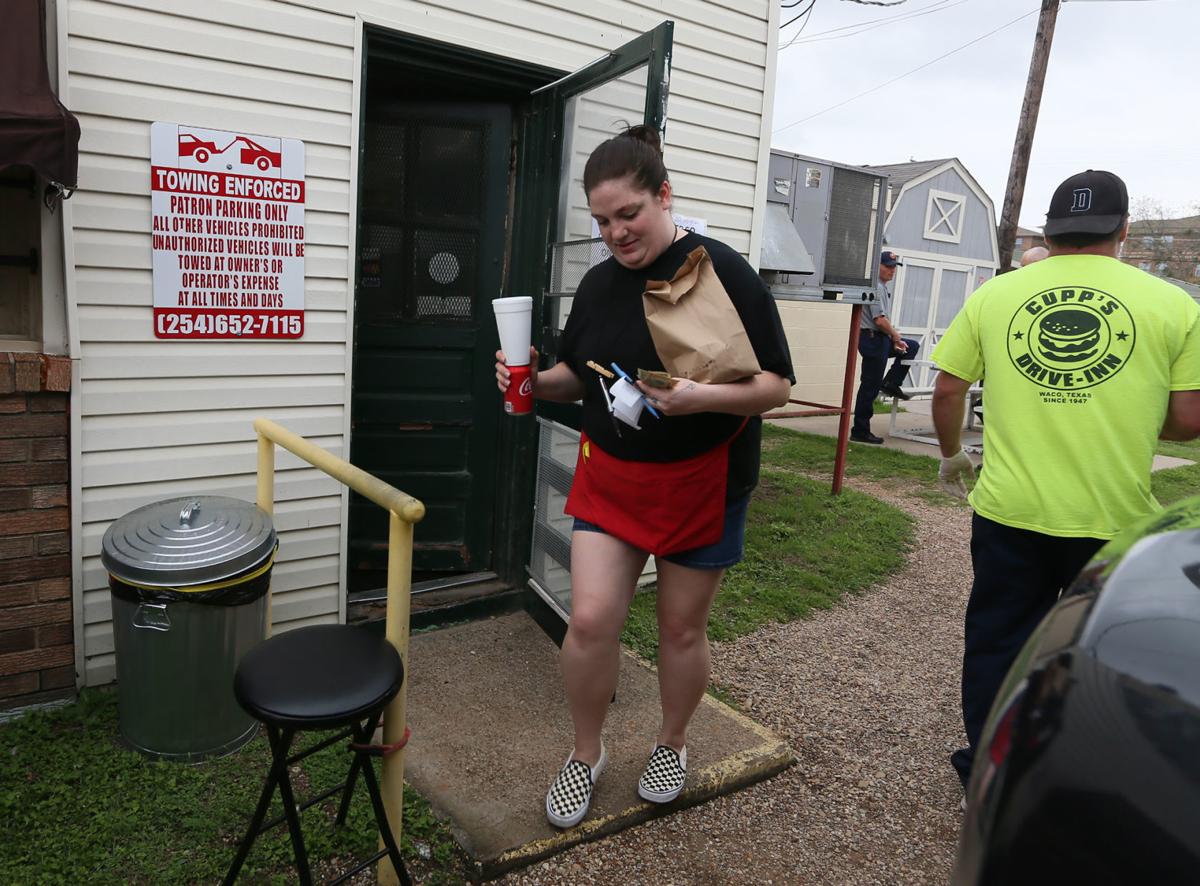 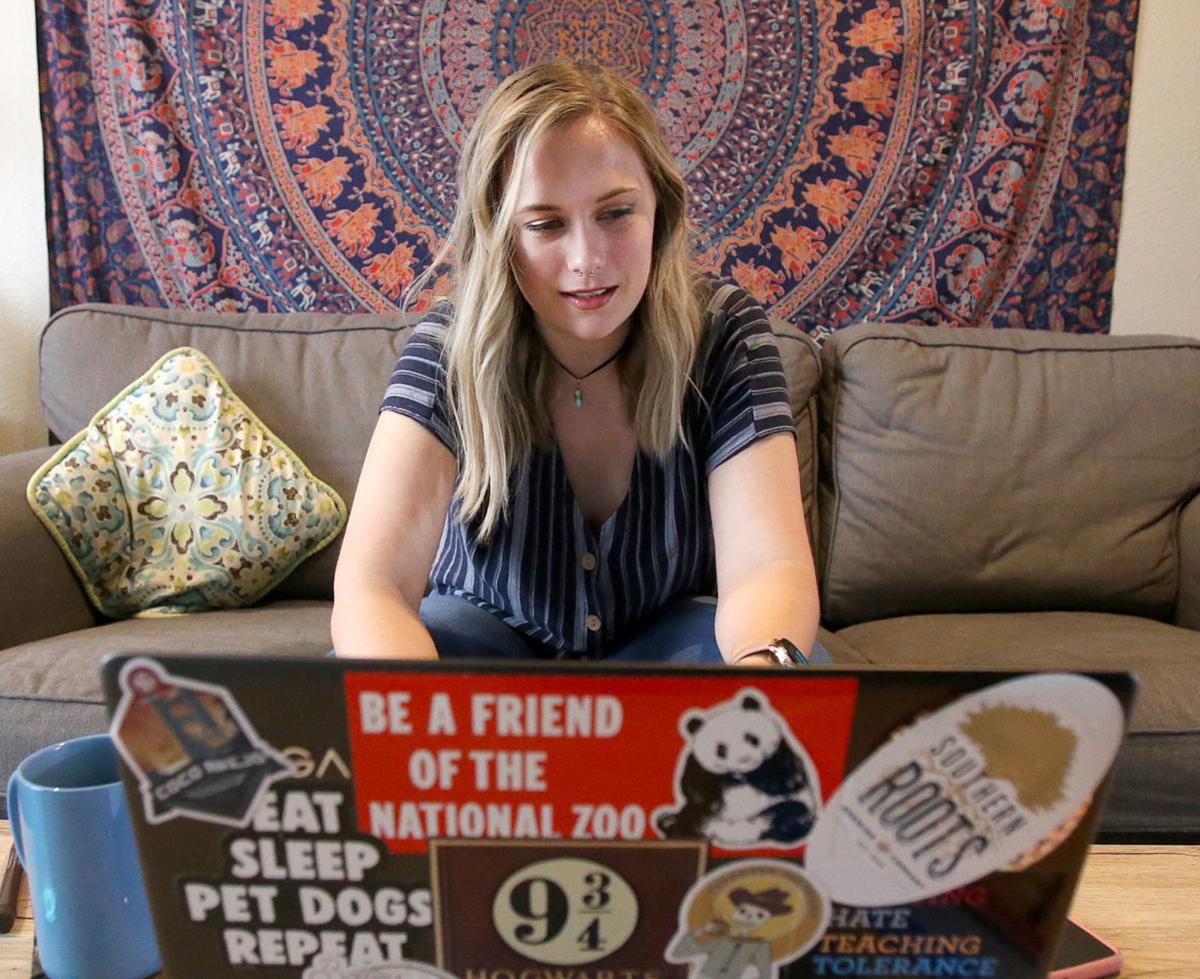 Faith Williams, who primarily works for tips as a bartender, tries to find resources to help her while she is temporarily out of work. 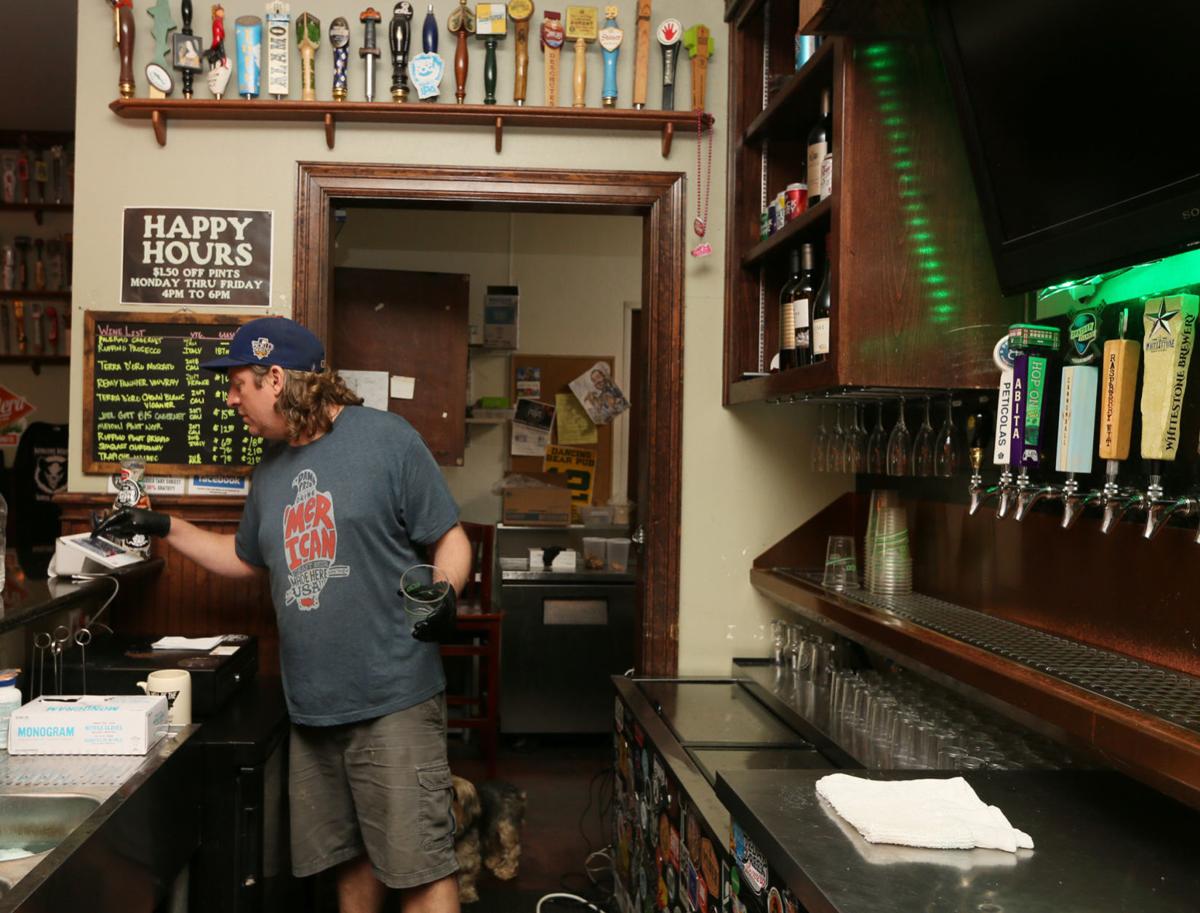 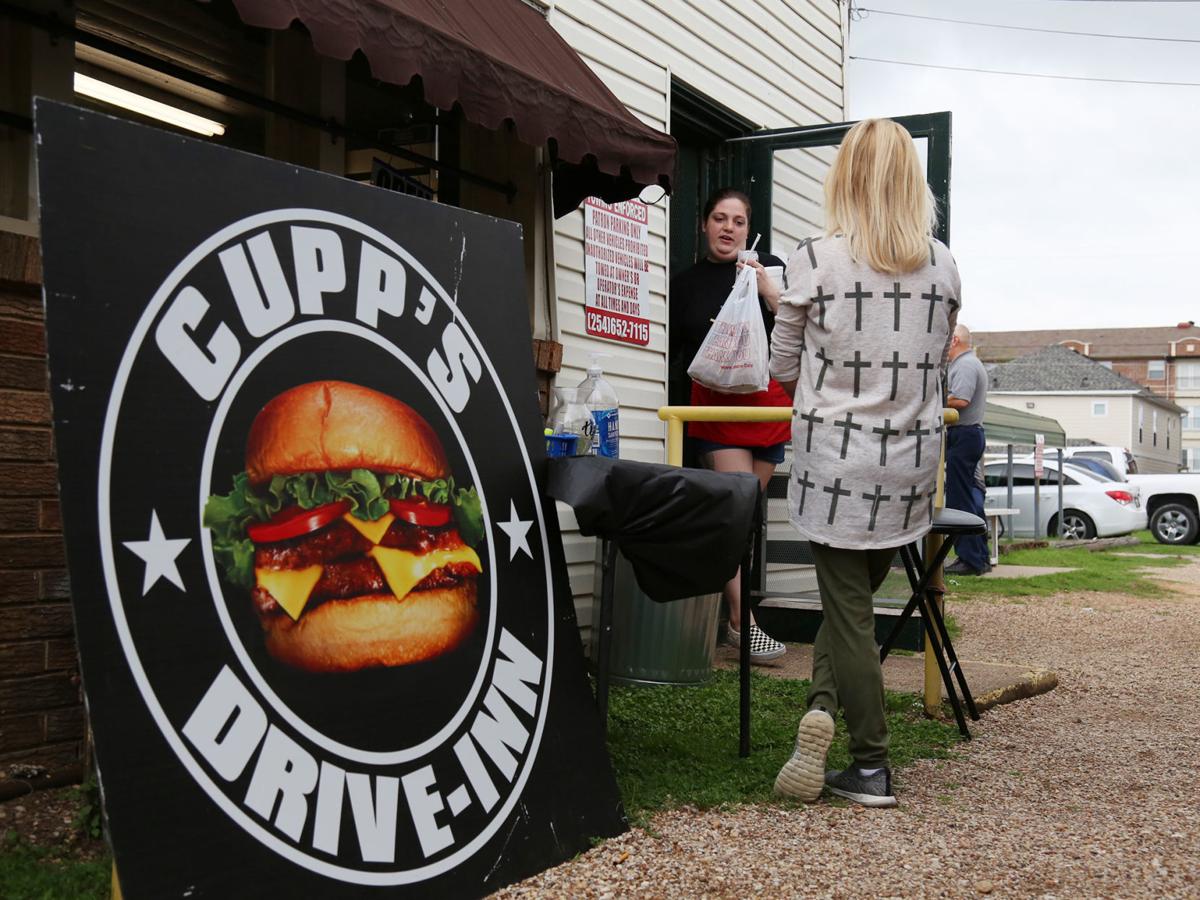 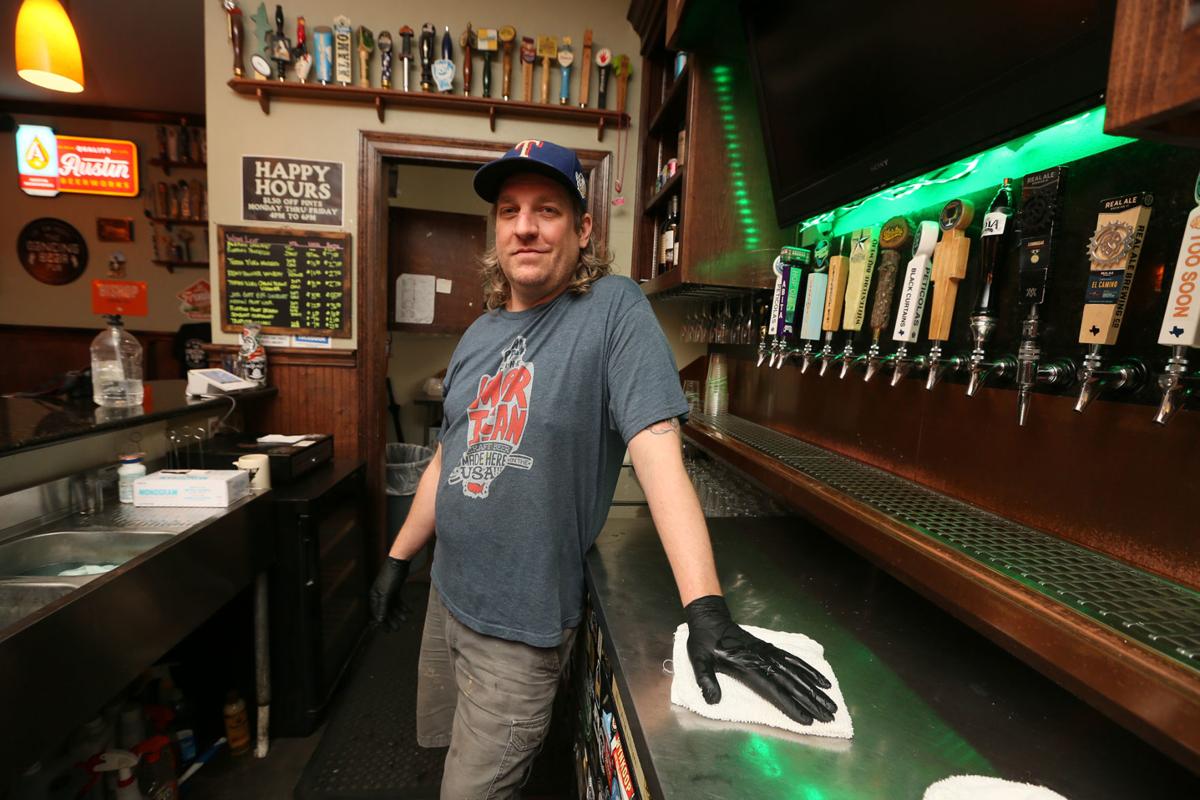 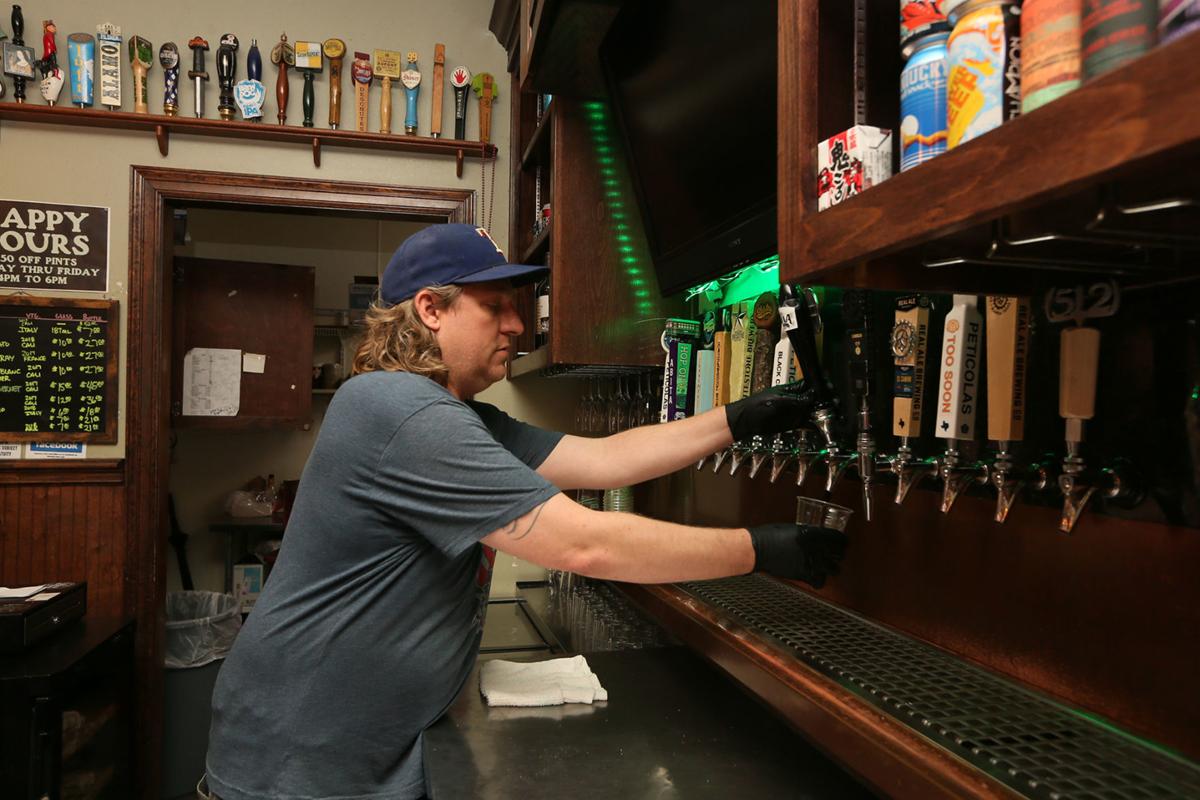 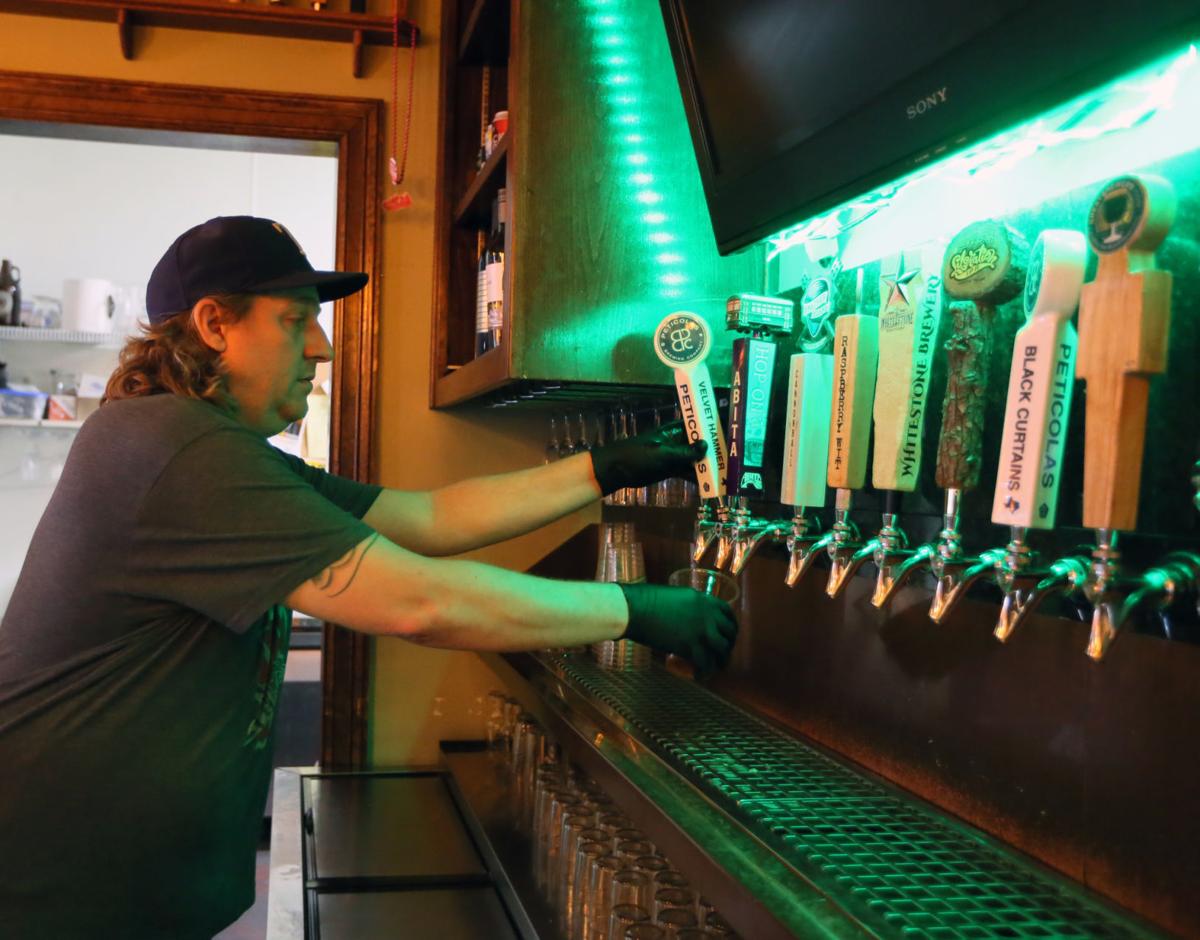 Faith Williams, a bartender at Southern Roots Brewing Co. out of work while the brewery is limited to to-go service for a public health emergency, takes a break from her computer with her dog, Spencer, as she tries to find resources to help her bridge the gap.

Faith Williams, who primarily works for tips as a bartender, tries to find resources to help her while she is temporarily out of work.

Servers, bartenders and restaurant owners throughout McLennan County have been left in a precarious position by a public health crisis that has forced bars to close temporarily and restaurants to, at a minimum, adapt.

Though restaurants are transitioning to to-go or delivery service, nearly all have cut hours and staff in an attempt to stabilize after emergency measures implemented at the state, county and city levels this week have prohibited dine-in bar and restaurant service.

The timing could not have been worse for The Blasian Asian. The family-run restaurant had just taken on a new challenge, moving from a food truck stationed at University Parks Drive and Franklin Avenue to the Union Hall food hall at Franklin and Eighth Street. The first day in Union Hall, March 13, came just days before Mayor Kyle Deaver declared a public health emergency in the city.

The last time Blasian Asian cook Eric Huggins got a shift, on Tuesday, he spent the day prepping, chopping and freezing ingredients to prepare for the days ahead.

“Everybody is scrambling to figure out what they’re going to do to make ends meet until this thing changes,” Huggins said.

His adult daughter, along with her fiance and young son, recently moved in with Huggins, his wife and adult son. His daughter, an aesthetician, has been mostly out of work as people cancel appointments. Her fiance, a Magnolia employee, has been grounded as well.

“We’re a house full of people who are barely or not at all working,” Huggins said.

When his grandson came down with a fever and respiratory problems at the same time, doctors took precautions, giving him and his mother masks, isolating them from other patients until they tested positive for the flu and strep throat. Huggins said it was strange to be thankful for the flu, but his family was.

“There’s a lot of people under a lot of financial strain, and then you add the stress of the actual virus, the possibility of catching that on top of it,” Huggins said.

In the face of the crisis, the Texas Supreme Court voted to suspend eviction proceedings throughout the state until at least April 19. The number of people applying for unemployment insurance in Waco this month has skyrocketed to 98,402. Last March, 34,277 filed.

Federal minimum wage for tipped workers has been $2.13 an hour since 1991. According to Huggins and other servers interviewed for this article, the wage covers a server’s federal income taxes but not much else.

Faith Williams, a bartender at Southern Roots Brewing Company, is among them. She said she could usually count on a weekly paycheck of about $420. She recently filed for unemployment insurance for the first time and said she is doing her best to heed social distancing rules by staying inside unless strictly necessary.

Her husband, a city of Waco employee, will continue to work as essential personnel. She said his income is enough to cover bare essentials but not much else.

“Unless he works overtime, it is not even going to cover our groceries,” Williams said. “So, I’m a little concerned but I’m trying to take it a day at a time.”

Medical expenses could pose a problem for them as well. While he has health insurance, they could not afford to add her to his plan, leaving her uncovered.

“It is very inexpensive for him,” Williams said. “To add anyone else, family, a spouse, is very expensive. If this continues for more than a few weeks, which I’m suspecting it will, things could get pretty tight for us, and for many other people.”

Williams said she is all too aware of the bar owners’ fears too. While Blasian Asian had an existing customer base from its years as a food truck, Southern Roots has been open for about five months and is not as well established.

“I can tell you, they’re very worried they’re not going to make it through this, and I know other places in town are as well,” Williams said.

Williams said her friends have been scrambling, taking odd jobs and trying to negotiate with their landlords. One of Williams’ friends found an odd job working on a goat farm after being laid off last week.

“People have said servers and bartenders don’t work for our money,” Williams said. “Yes, we do, and we deserve the right to work and to live just as much as anyone else.”

Williams said she considers herself relatively fortunate because her husband is still employed. She said for single servers, parents or couples who both work in the restaurant industry, it is a much different story.

Patti Jasek and her partner, Ryan Mathis, have worked as servers for 20 years. Hurricane Ike destroyed their Galveston home in 2008, bringing them to Waco, where they work at LongHorn Steakhouse and Outback Steakhouse respectively. They are just two in the waitstaff occupation shared by 1,520 in the city as of 2018, according to Texas Labor Market Information data.

“Let’s say we get lucky and we get to go back next week,” Mathis said. “Are people going to come out to eat? Are we going to have money when we open?”

Jasek’s employer, LongHorn Steakhouse, is owned by Darden, the same company that owns Olive Garden and Cheddar’s, among other chains. The company announced a emergency pay program for hourly workers on Friday, and a paid sick leave policy that will accrue at a rate of one hour of paid leave per 30 hours worked.

Jasek said the pair lack health insurance, as do the majority of the people they have worked alongside over the past two decades. According to a Kaiser Family Foundation survey from 2018, waiting tables was the fifth most common occupation held by uninsured adults.

“I’m going to say about 70% of companies do not offer it, and the other 30% of companies, as Darden does, offer it, but you have to be there a certain number of years,” Jasek said. “I would have to be paying for it. It couldn’t come out of my paycheck, because my paycheck is never enough. It’s not feasible.”

Mathis, who has seen a doctor three times in the past 10 years, said restaurants have high turnover as a general rule, making insurance harder to obtain for the average server.

“The majority of people I work with who are servers and bartenders like me are working on a week-to-week or month-to-month basis,” Mathis said. “They’re living in situations where we don’t have a way to establish credit. We don’t have a way to prove our income. Most everybody is a renter. Whether we get paid or not, we still have to pay or rent. After one week, people are going to be living day-to-day.”

Jasek added that while a week is long enough to destabilize most servers’ lives, anything longer than a week would be “catastrophic,” especially for servers with children, debt or student loans.

“You have to think of all those people with other people to take care of,” Jasek said.

Kanitra LeDoux, a hostess at Saltgrass Steak House and single mother of three, moved to Waco from Louisiana in November, and while she has made it through periods of unemployment before, she has never experienced anything like this.

“Before, I was back home with family,” LeDoux said. “If there was anything I needed during times I was unable to work, I had a support system. I had friends and if I needed anything, they were able to help. In this case, it’s just me and my kids. If I can’t leave to get something, I don’t have it.”

She said she is especially careful to limit contact with strangers because she and two of her children have asthma, which puts them at risk for the virus.

Like 61,541 other people in Waco in the last week, LeDoux tried to apply for unemployment insurance through the Texas Workforce Commission, but she was told the commission could find no record of the three months she spent working in Waco and she would have to apply through Louisiana Workforce Commission.

“That’s been tough, trying to put in an application and saying, ‘Hey, I live in Texas but they’re telling me I’ve got to apply with you,’” LeDoux said. “I may get denied. And as far as food stamps are concerned, I don’t even know.”

Her co-worker Sarah Pratka lives in a single room in a house with her teenage daughter. She said she pays a monthly fee to maintain a storage unit where the rest of her belongings are, another expense that has been weighing on her since she has been out of work.

Pratka said she has applied for food stamps and Medicaid in the meantime. She also applied for a job with H-E-B the moment she heard restaurants might close.

“It’s put a lot of us out of work. Not just the hostesses, it’s the servers, the bartenders, the managers, everybody that works at every restaurant,” Pratka said. “It’s put us out of a job, and we were depending on that money regardless of whatever we made. And the tips do help. That’s what we count on.”

More in Coronavirus latest: What's happening around Waco (161 of 216)