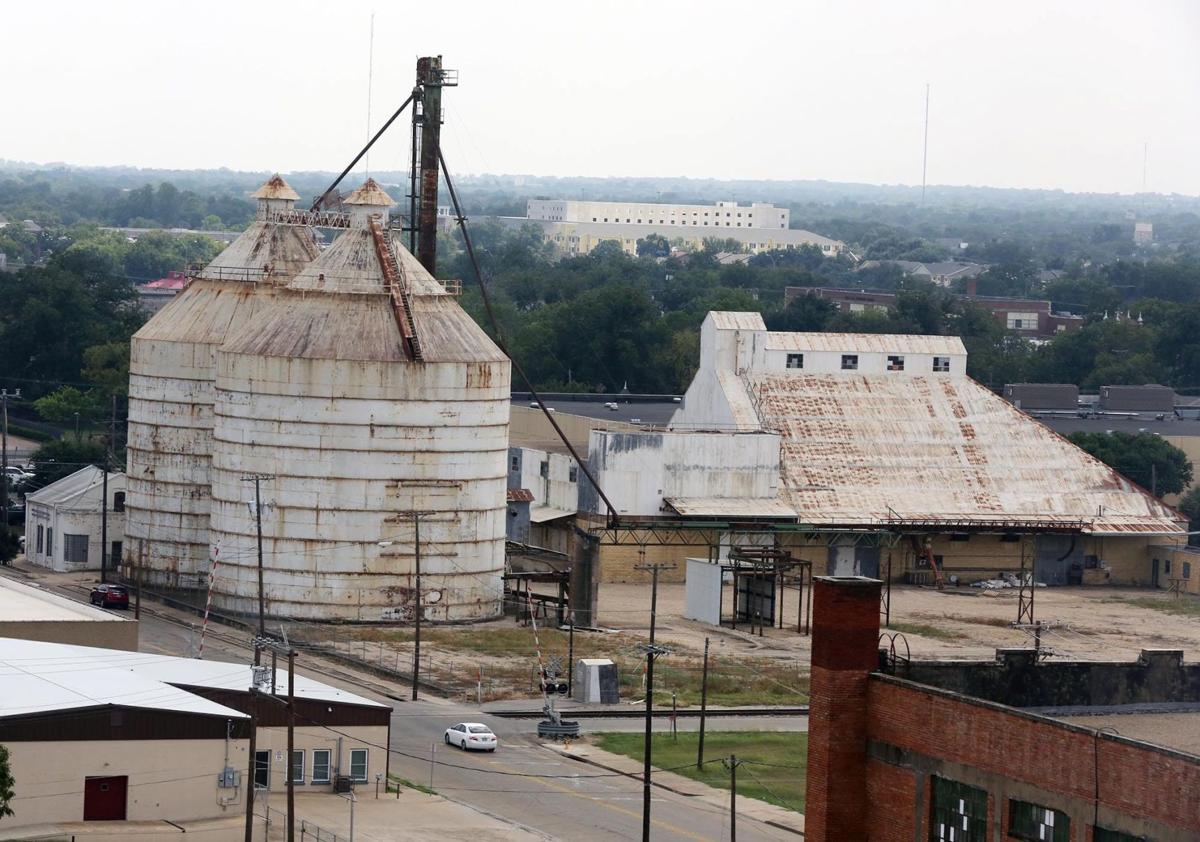 The former Brazos Valley Cotton Oil Co. is set for a renovation by Waco couple Chip and Joanna Gaines. 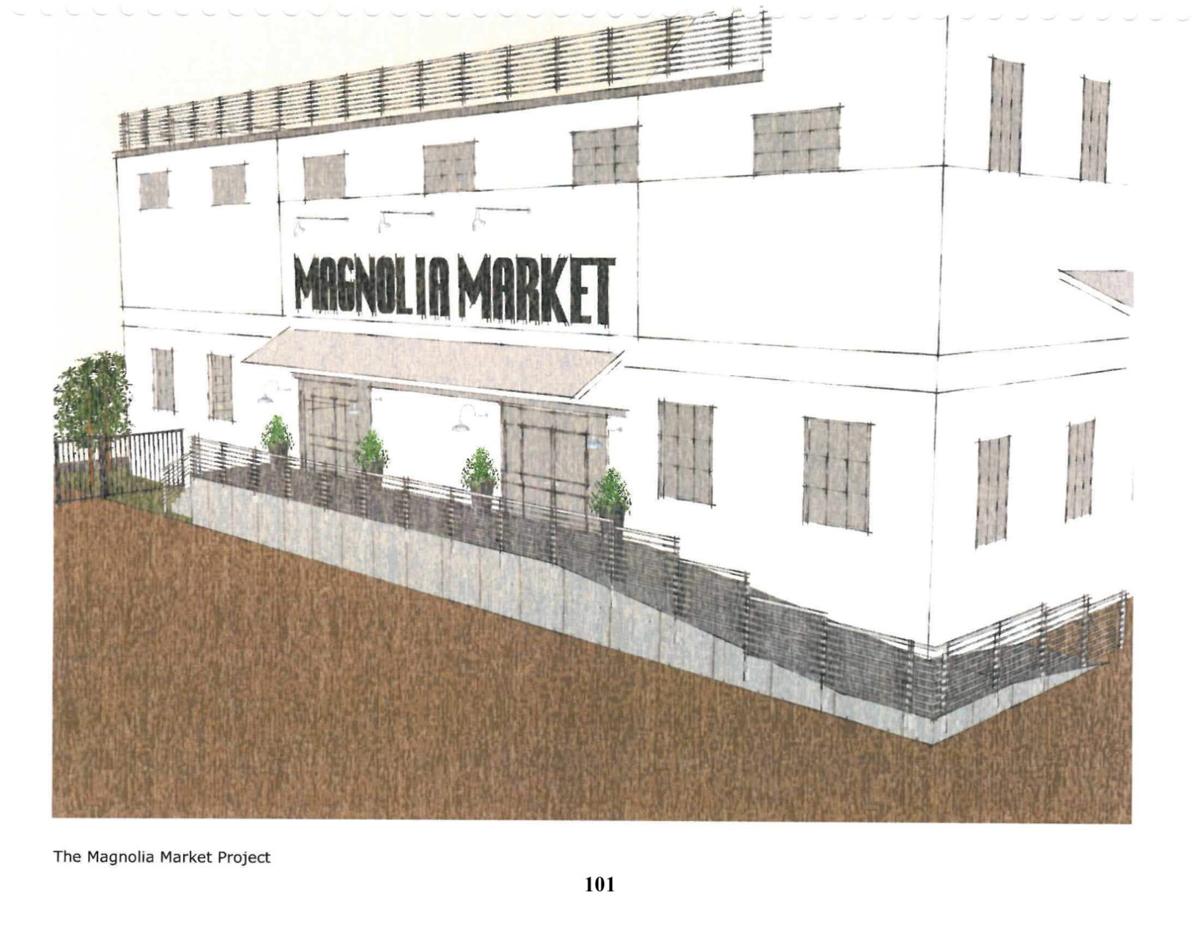 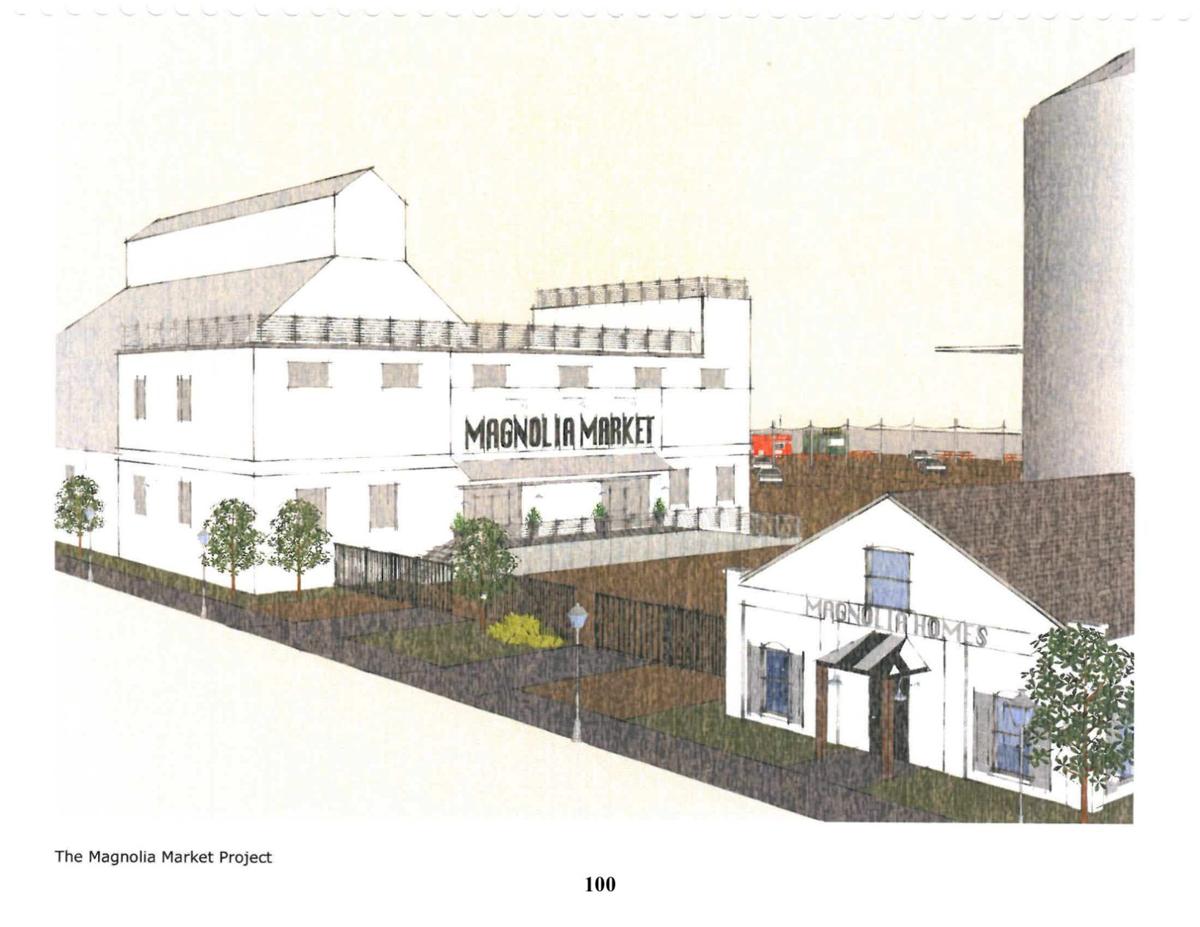 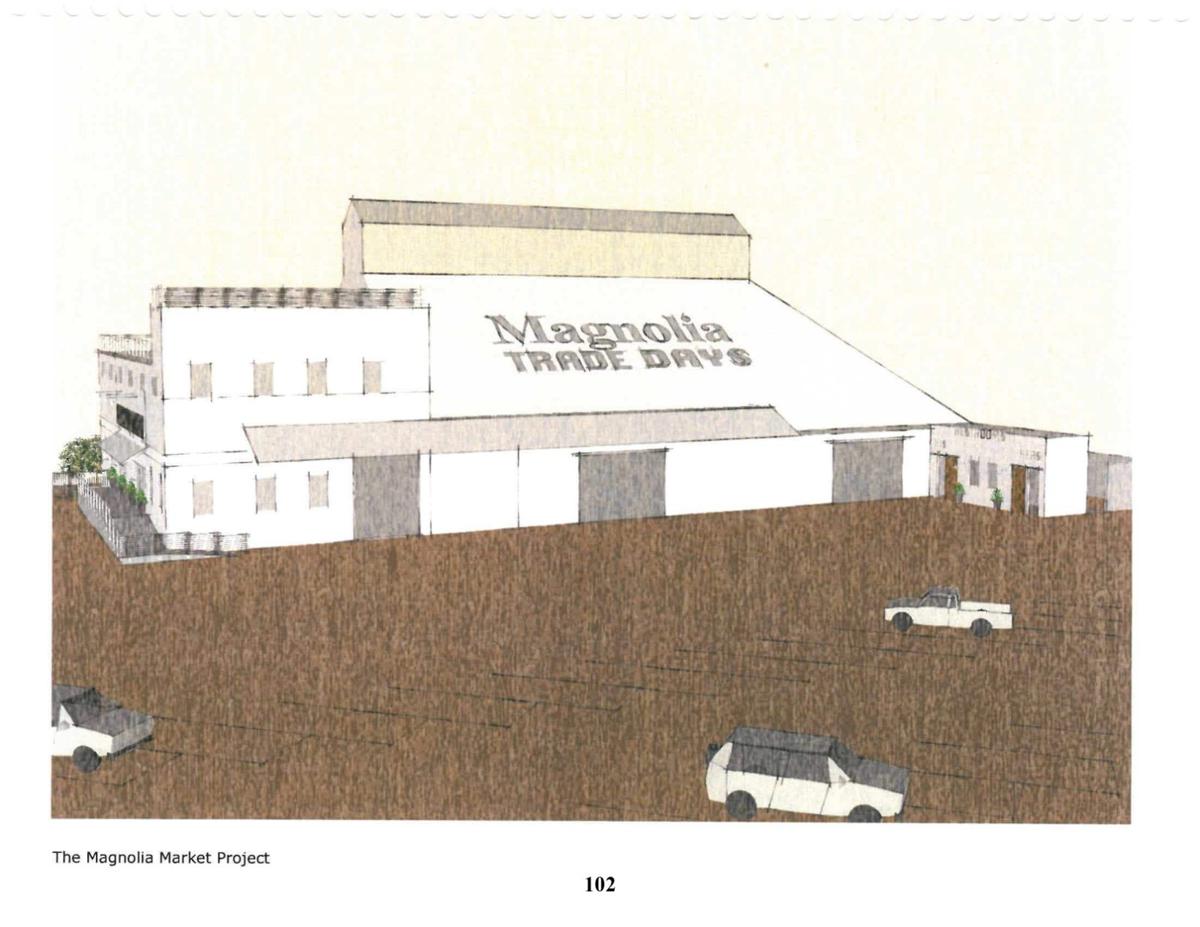 A rendering from the Magnolia Homes application for TIF funding shows how the market would look.

The silos of the former Brazos Valley Cotton Oil Co. are a landmark in downtown Waco. Magnolia Homes is looking to renovate the complex for its headquarters and market.

The former Brazos Valley Cotton Oil Co. is set for a renovation by Waco couple Chip and Joanna Gaines.

A rendering from the Magnolia Homes application for TIF funding shows how the market would look.

A nationally known Waco renovation firm plans to turn a piece of the city’s agrarian past into a market with craft goods and food trucks.

Magnolia Homes, star of HGTV’s “Fixer-Upper” show, is planning to create “Magnolia Market” at the abandoned Brazos Valley Cotton Oil Co. complex at 601 Webster Ave. The 2.6-acre property is best known for its two 120-foot-tall silos. They were part of a giant cottonseed milling operation for most of the 20th century and more recently housed JPM Feeds.

Magnolia owners Chip and Joanna Gaines plan to renovate the complex as part of season 2 of the HGTV show, which had 2 million weekly viewers last season.

The Gaineses estimate they will spend $1.4 million on the renovation and finish it in early 2015. The result would be a Magnolia headquarters and retail center, plus an indoor “trade days market” open monthly or weekly, as well as a food truck court with regular hours.

They are requesting $392,692 this week in incentive money from the downtown Tax Increment Financing Zone, which uses a portion of downtown property tax revenues to invest in downtown developments. The TIF board will meet at noon Wednesday at the Waco Convention Center’s Lone Star Room 105 to vote on a funding recommendation to the Waco City Council.

City staff is recommending a TIF incentive of $208,376, and stipulating that the silos must be preserved and painted. Magnolia also would have to install sidewalks, street trees and antique lighting.

The plan calls for renovating a 16,480-square-foot building for retail space at the large mill building, with warehouse space retained upstairs. A small building formerly occupied by Rosetree Floral would be renovated as Magnolia’s offices.

Outside would be a food court with at least a half-dozen food trucks, plus rest rooms, benches and landscaping, Chip Gaines said.

Gaines said the silos are solidly constructed and could be renovated for some use in a future phase, but for now they will serve as a billboard for the operation.

The Waco Downtown Development Corp., which scores TIF projects to help the board decide incentive amounts, gave the project 12 out 15 possible points.

DDC president Willard Still said his board was “thrilled” with the project. He said it not only removes blight but restores a historic building and brings economic vitality into downtown. And he said the success of Magnolia Homes bodes well for the project.

“That business has been very successful in its current location,” he said. “What they’re doing in the core of our downtown area is to really improve a piece of property, not only to look better but to make it more functional. . . . They’ve carefully thought this out, and the improvements are going to substantially improve the look of downtown.”

TIF board to vote on $180K for Doris Miller memorial

On the agenda: Consideration of funding requests for Magnolia Market, West Campus Lofts and the Doris Miller memorial

They’re not demanding lavish dressing rooms or full-time assistants, but Chip and Joanna Gaines apparently are becoming stars on HGTV.