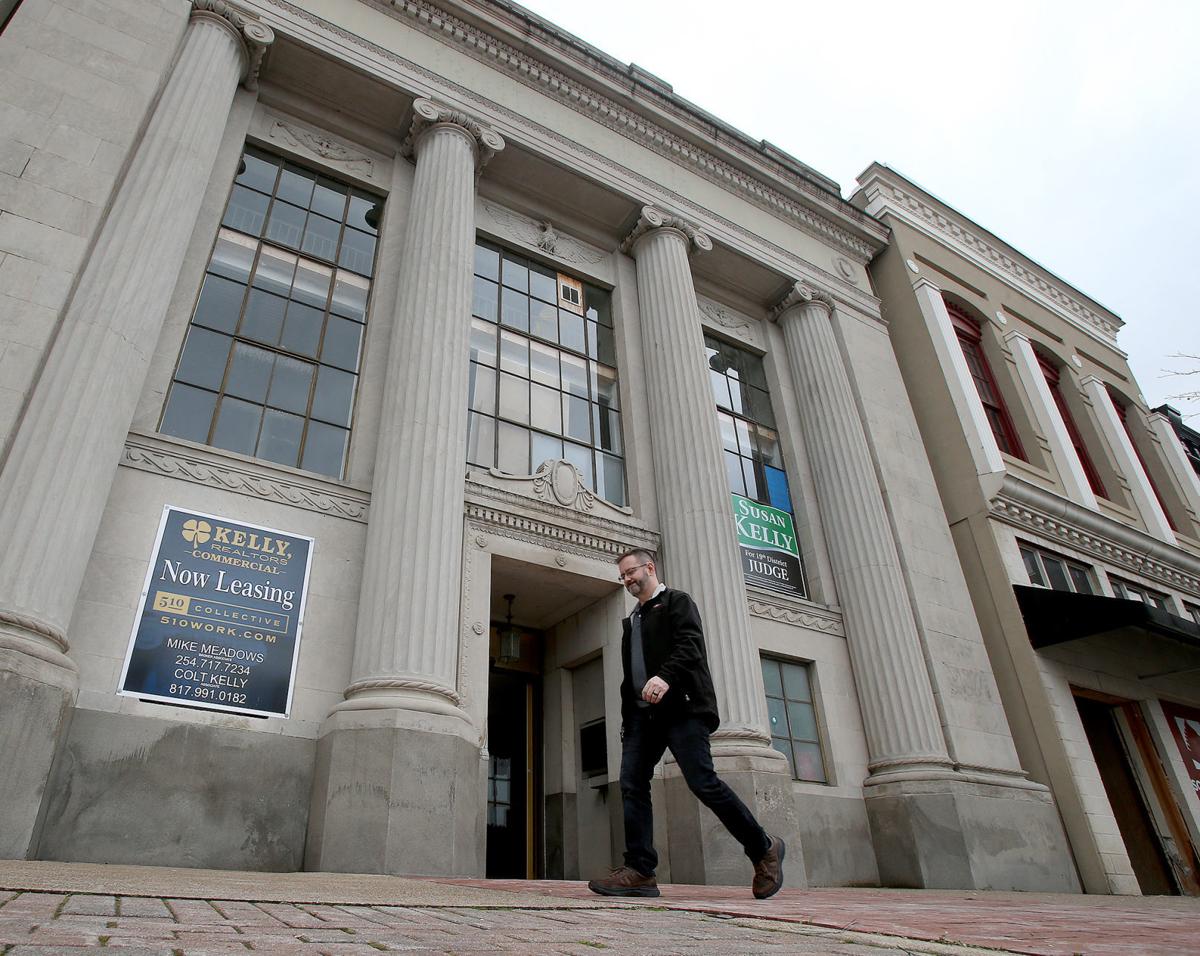 The former Bank of America building at 510 Austin Ave. is being turned into an office complex called 510 Collective. 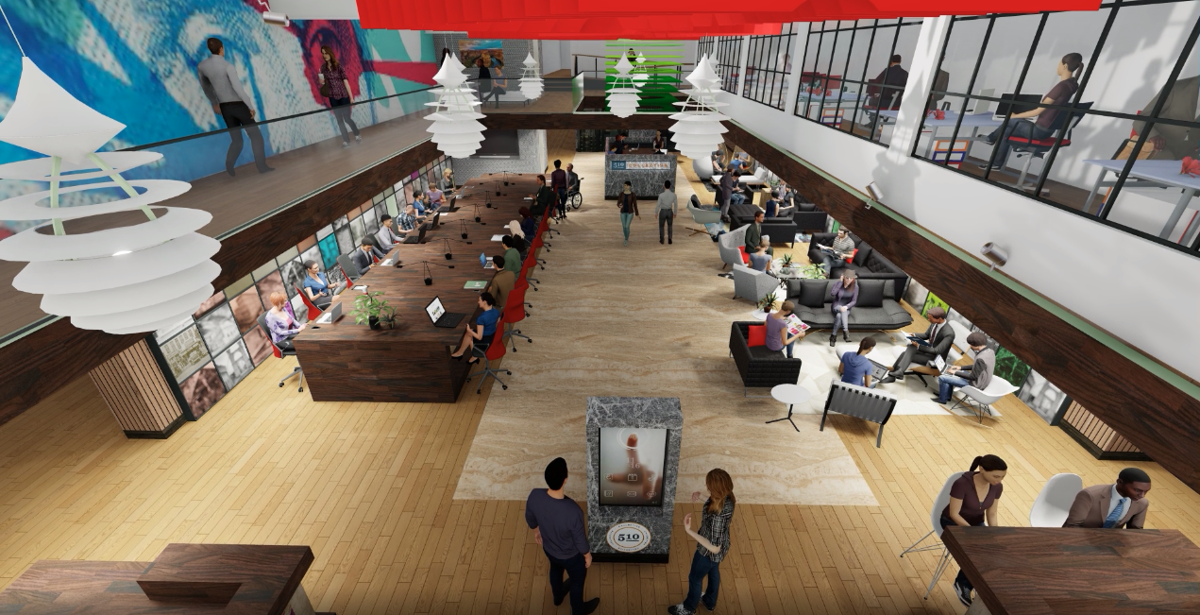 A rendering shows plans for the inside of the Bank of America building. 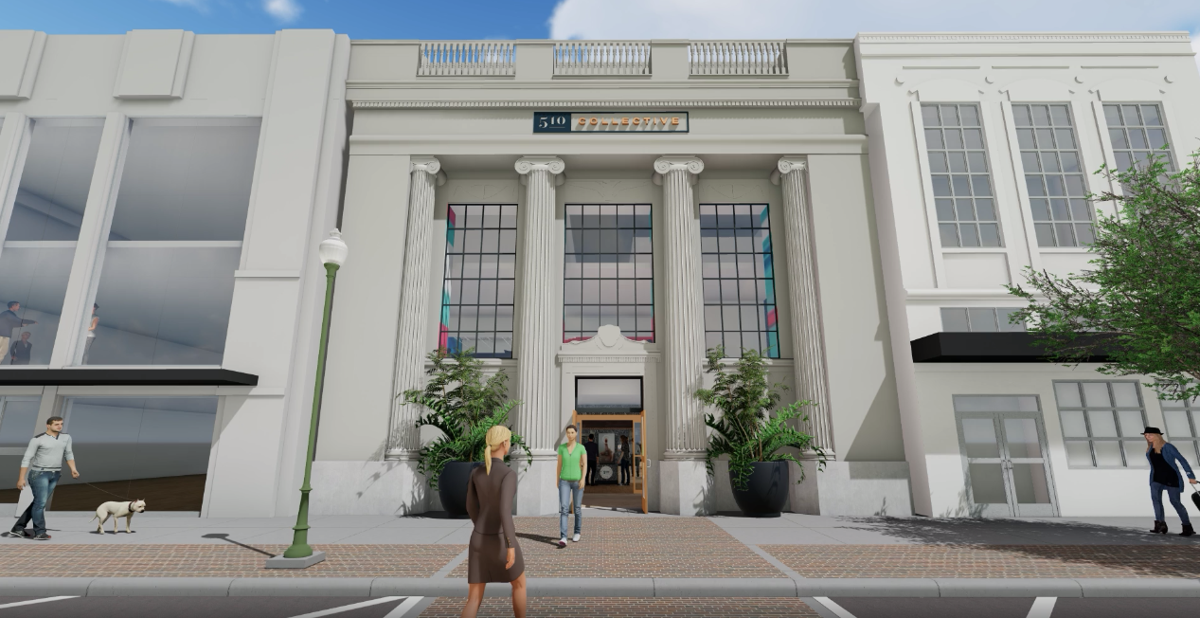 A rendering shows the redevelopment of the former Bank of America building.

The former Bank of America building at 510 Austin Ave. is being turned into an office complex called 510 Collective.

A rendering shows plans for the inside of the Bank of America building.

A rendering shows the redevelopment of the former Bank of America building.

Class A office space probably does not exist in downtown Waco, but custom homebuilder Steve Sorrells aims at that designation with a project called 510 Collective that meshes private space with co-mingling opportunities.

His stage is the former Bank of America building at 510-518 Austin Ave., where he is making available 50,000 square feet to lessees with a pledge to finish-out individual units to user specifications. The building, in the heart of downtown and a block from the McLennan County Courthouse, will have a common area just inside the main entrance where people can rub elbows, chat or unwind.

“It’s getting fun now. We’re getting some good leasing activity,” Sorrells said. “Sometimes this is a hard property to get your head around, but we plan a lobby similar to a hotel lobby but with an office twist. It will become a neat spot that sets the tone for the quality of what we’re doing here. We’ll have a range of space, from floating areas with access to coffee service, Wi-Fi and conference rooms to permanent office space sized 10,000 to 15,000 square feet and everywhere in between.”

The banking complex, long under the Citizens brand, is flanked by what is left of the old Strand theater. Sorrells said he will incorporate the Strand and other structures “scabbed together” over the years at that address to create the office mecca called 510 Collective.

It will have a basement, elevator stops on five floors, a break room to “blow off steam and stretch your legs,” large and small conference areas and more. He said he will juxtapose historical elements with modern touches to create what he described as a “hip” finished product downtown.

“Steve is going to add an extra floor, which is under construction right now, and also is looking into the feasibility of having a rooftop area that would accommodate gatherings,” said Waco real estate agent Mike Meadows, who is marketing the site with Colt Kelly, both with Kelly Realtors.

Meadows said preleasing has started, and the property is attracting interest inside and outside the Waco market. He said talks continue with two prospects “who would take a considerable portion of the building.”

Lease rate for private offices is $28 per square foot per year, which includes tenant finish-out to building standards, Meadows said.

The venue “is a prime example of a Class A office development at the very center of downtown Waco, proving fruitful for businesses and entrepreneurs alike,” according to a press release from Sorrells’ team, which includes San Angelo-based homebuilder Michael Biggerstaff.

They secured a $545,125 grant from Tax Increment Financing Zone No. 1 toward the $3.6 million project, said Melett Harrison, who oversees Waco’s economic development office. Harrison said 510 Collective was deemed a worthwhile step toward addressing a shortage of quality office space, as pinpointed in a downtown market study.

“If we want to create long-term economic opportunities downtown, we need residents, yes, we need tourists, yes, but we also need space where people can comfortably office, and we need to make use of these incredible, beautiful buildings,” said Megan Henderson, executive director of City Center Waco.

“It’s an exciting and inspiring time in the heart of downtown, and business wants to be where the actions is, in the middle of Waco’s cultural renaissance,” Henderson said. “One thing I’ve learned in visiting other cities is that co-working spaces are not alone in offering value in collaboration. It’s valuable to all kinds of business. Having places where such co-mingling space has been baked into the layout has proven very effective.”

She said the opportunity to relax and enjoy a beverage with others during work breaks may contribute to productivity, creativity and buy-in.

Those who spoke with the Tribune-Herald said they believe 510 Collective does not represent competition for two downtown co-working venues: Waco Work, 600 Columbus Ave., which is privately owned and operated, and Hustle, 605 Austin Ave., the physical hub of Start Up Waco launched with backing from public and private entities, including the Greater Waco Chamber of Commerce, Baylor University, Waco and McLennan County.

“This brings a new type of product into the community,” said Kris Collins, the chamber’s senior vice president for economic development. “At Hustle, all the private offices are occupied, which demonstrates strong demand for modern, updated office space among small, independent businesses. We don’t see Sorrells’ development competing with that. Steve is offering more individualized space than what we see at Hustle, which is a co-working environment with resources for early-stage business owners.”

Whatever the distinction, Collins sees 510 Collective as a welcome resource.

At WacoWork, community director Veronicka Thompson said the offerings there appear to be creating a loyal following.

“We have eight private offices at WacoWork and have been at capacity for a few months, but an office will be available soon,” she said in an email. “We receive inquiries for our private offices on a regular basis and currently have a waiting list of people to reach out to when offices do become available.”

Seth Morris, the chamber’s vice president for economic development, said his research suggests there is no Class A office space downtown.

The chamber has access to data compiled by Business Owners and Managers Association, which gives the Class A ranking to only two properties in Greater Waco: Woodway Medical Plaza, 6101 Woodway Drive, which is associated with Ascension Providence, and Baylor Scott & White McClinton Cancer Center, 150 Hillcrest Medical Boulevard, Morris said. Both properties are full, he said.

“These rankings are never 100% accurate, and they are relative and must be taken with a grain of salt,” Morris said. “There are other buildings you and I might consider Class A, but this is according to BOMA.”

Greater Waco is home to 3.7 million square feet of what the association classifies as Class B office space. About 160,000 square feet, or 4%, is vacant and available for occupancy, Morris said.

Waco real estate agent Jim Peevey, who markets property downtown, said he has no quarrel with those findings.

“The Roosevelt is close to Class A, to some degree,” Peevey said, referencing the Roosevelt Tower at Fourth Street and Austin Avenue. “I’ve had buildings that are Class A in terms of upkeep and management. The landlord does a fantastic job, but straight-up Class A is a different breed.”

“I have clients needing 4,000 to 8,000 square feet, and I’m still working on it,” he said. “The downtown market has tightened up considerably.”

The Business Owners and Managers Association website states the office space classes represent a “subjective quality rating of buildings” intended to encourage standardization of discussion surrounding a market and the “conditions that differentiate among the classes.”

“A combination of factors including rent, building finishes, system standards and efficiency, building amenities, location/accessibility and market perception are used as relative measures,” according to the site.

It also states the organization “does not recommend the publishing of a classification rating for individual properties.” 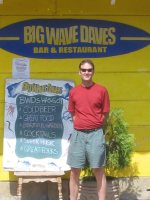 Henderson uses the noun 'office' as a verb. The dictionaries I looked at define office as a noun - it sounds a bit odd to use a noun as a verb, but perhaps this is how language evolves: "If we want to create long-term economic opportunities downtown, we need residents, yes, we need tourists, yes, but we also need space where people can comfortably office,"