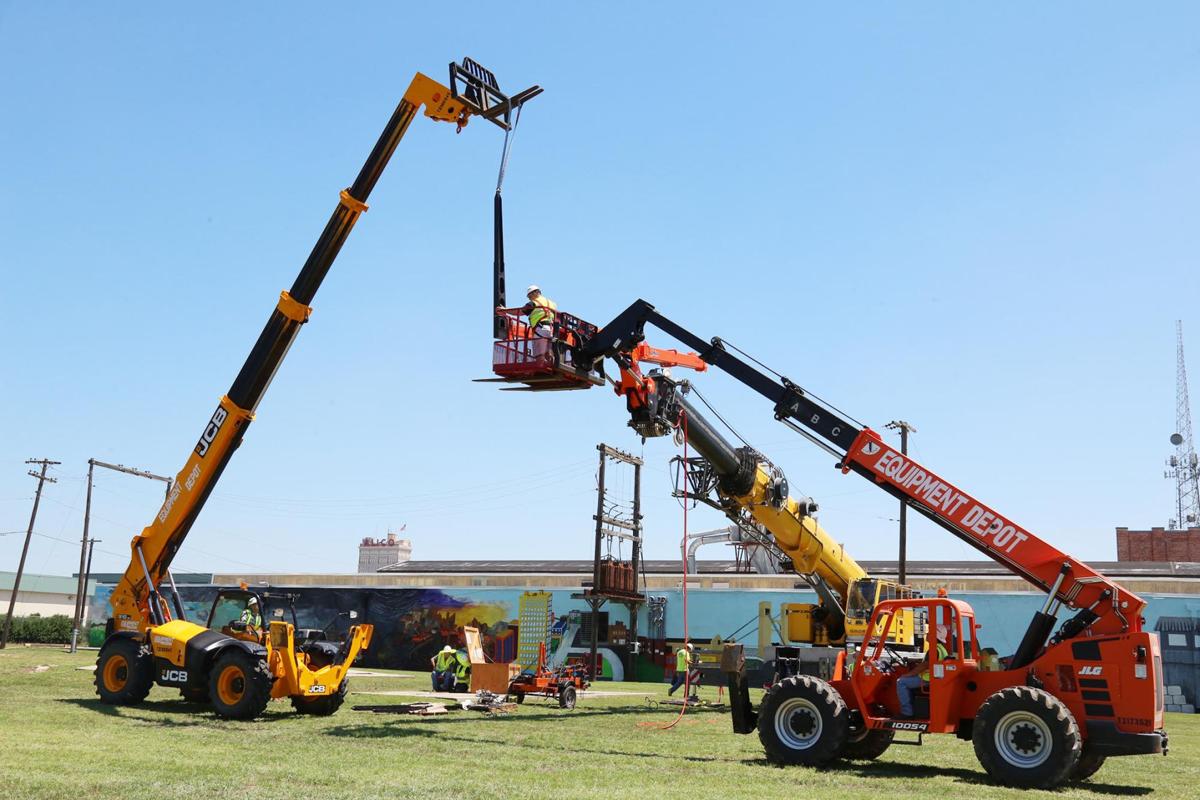 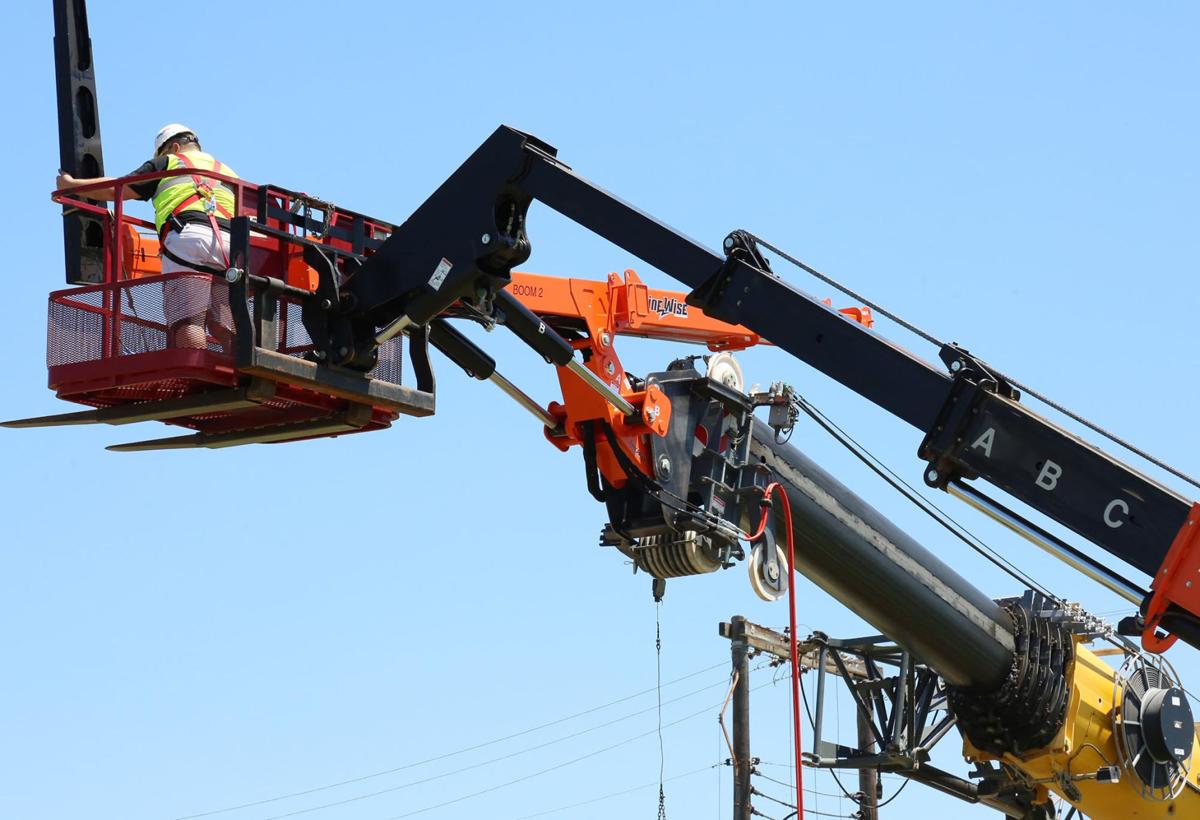 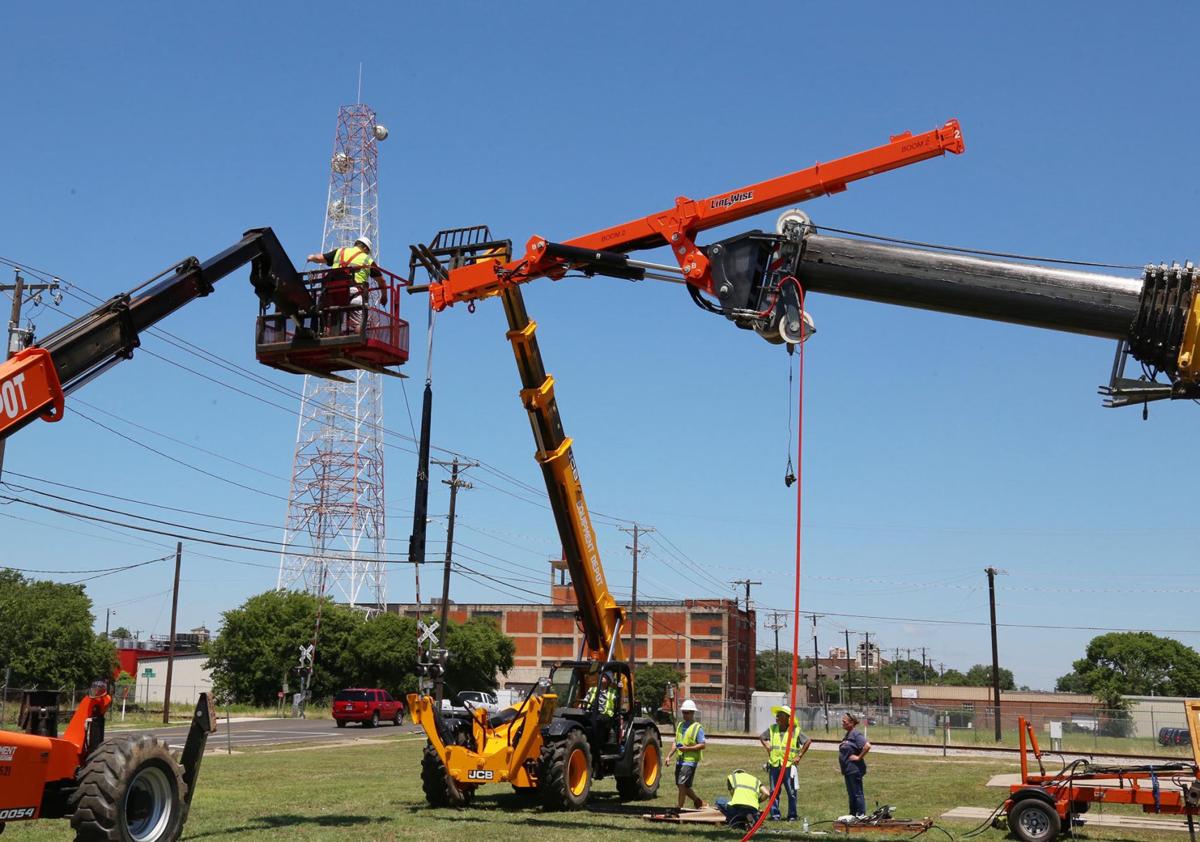 Imagine hurling darts at a map of downtown Waco, hoping to hit the sweet spot for future projects: entertainment, dining, lodging or retail.

Tenth Street and Webster Avenue, located near Balcones Distilling, Magnolia Market and The Findery, might represent the bullseye.

Which is why businessman Ray Fritel, founder of Diversified Product Development at that location, will pack up his engineers and designers and move to Bellmead. He accepted an offer from developer Bill Wetterman to part with the downtown property that carries so much potential.

But Fritel is leaving with a bang, not a whimper.

His team in recent days tested a new 50-foot-long gizmo that could save utility companies hundreds of thousands of dollars on each purchase.

“The cost is $250,000 to $300,000 per unit, but the key is it replaces three or four other pieces of equipment that would cost about $800,000 combined,” he said. “It also removes the need to have three or four more linemen involved in operating the equipment.”

Fritel, a North Dakota native, said he “wandered south,” relocating with the Condor Corp. to Waco from Kansas City.

He arrived in 1985 and founded Diversified Product Development in 1996. Today it employs more than 60 people, half serving as engineers and designers, the balance assigned to production support and sales.

“Business has remained steady,” Fritel said of his company’s response to COVID-19. “We were considered essential, so we stayed open. About 35 are working remotely. Manufacturing employees have been very good about showing up and remaining considerate of one another.”

Diversified Product Development produces customized equipment for utility companies across North America under its LineWise label. It consults with and bounces ideas off industry leaders and individuals involved in the daily grind of installing, repairing and maintaining power lines.

“We’re the only one in the world that produces and sells many of these products,” Fritel said Wednesday. “The one we’ll be testing today … we have other models, some larger some smaller, but this will be our main one going forward. It was acquired by a utility contractor out of Florida.”

Also showing the company’s vitality as is departs for Bellmead, Diversified introduced a new brand label this year, DesignWise, which the company website calls a “fully integrated design and development team.”

The grassy field beside Diversified was working alive for days this past week with rented equipment, orange and yellow in color, assisting in maneuvering the new 50-foot-long, 4,500-pound piece of LineWise equipment. Woodway’s Wales Crane and Rigging Service also was on the scene. It carried out tasks a few yards from the Diversified headquarters, familiar to many for the lengthy mural depicting historic Waco scenes of note, including the 1953 tornado, Waco Suspension Bridge, ALICO Building and baseball legend Babe Ruth playing at old Katy Park.

Fritel said the new piece of equipment can lift and support energized power lines, holding them safely in place while crews carry out assignments, without any interruption in electrical service. It also has the potential for radio remote control.

“Our products have been well received by utility companies,” Fritel said. “This tool is much safer to use and allows crews to be more productive.”

Fritel said he uses local fabricators and suppliers as much as possible. Waco Boom, for example, specializes in fiberglass booms for elevated lifts.

Meanwhile, his move to Bellmead is drawing closer.

Fritel on May 14 closed on the purchase of a 7-acre site previously owned by the Bellmead Economic Development Corp. near the Home Depot location in that community. He said he paid $250,000 for the property, and estimated he will invest more than $4 million there, including going up with a 60,000-square-foot building he hopes to open in November.

Wetterman likely will take possession of his downtown purchase that same month.

“We like being downtown. It’s a good location for us. Occasionally we have people parking down here by us, but we don’t see a lot of customer traffic,” Fritel said. “Bill Wetterman being a developer, I’m confident the building will be well utilized going forward. We’re excited about going to Bellmead, which is pursuing more development and hopes to attract new industry.”

Fritel said Bellmead did not seek to entice him with tax breaks.

“They gave us good value, a good price on the land,” he said. “But we’re not receiving tax incentives or other things that get too complicated.”

He told the Tribune-Herald last December he could see the Diversified space accommodating several attractions.

“It could be something like Pike’s Market in Seattle, but on a smaller scale, or like the other very successful markets popping up across the country, in Nashville, in Columbus, Ohio, the Pearl in San Antonio,” Wetterman said at the time.

“That’s what we’re moving toward and envisioning.”

Wetterman also has big plans for the former Geyser Ice Co. complex right across the street from the Diversified space, and said the properties could be part of the same development. The towering red-brick structure is showing its age, having been built for Adolphus Busch and his Anheuser-Busch company, which had a distribution center next door in the 1890s.

Wetterman said he sees potential for an upscale hotel, condominiums served by a private elevator, dining options and retail space.