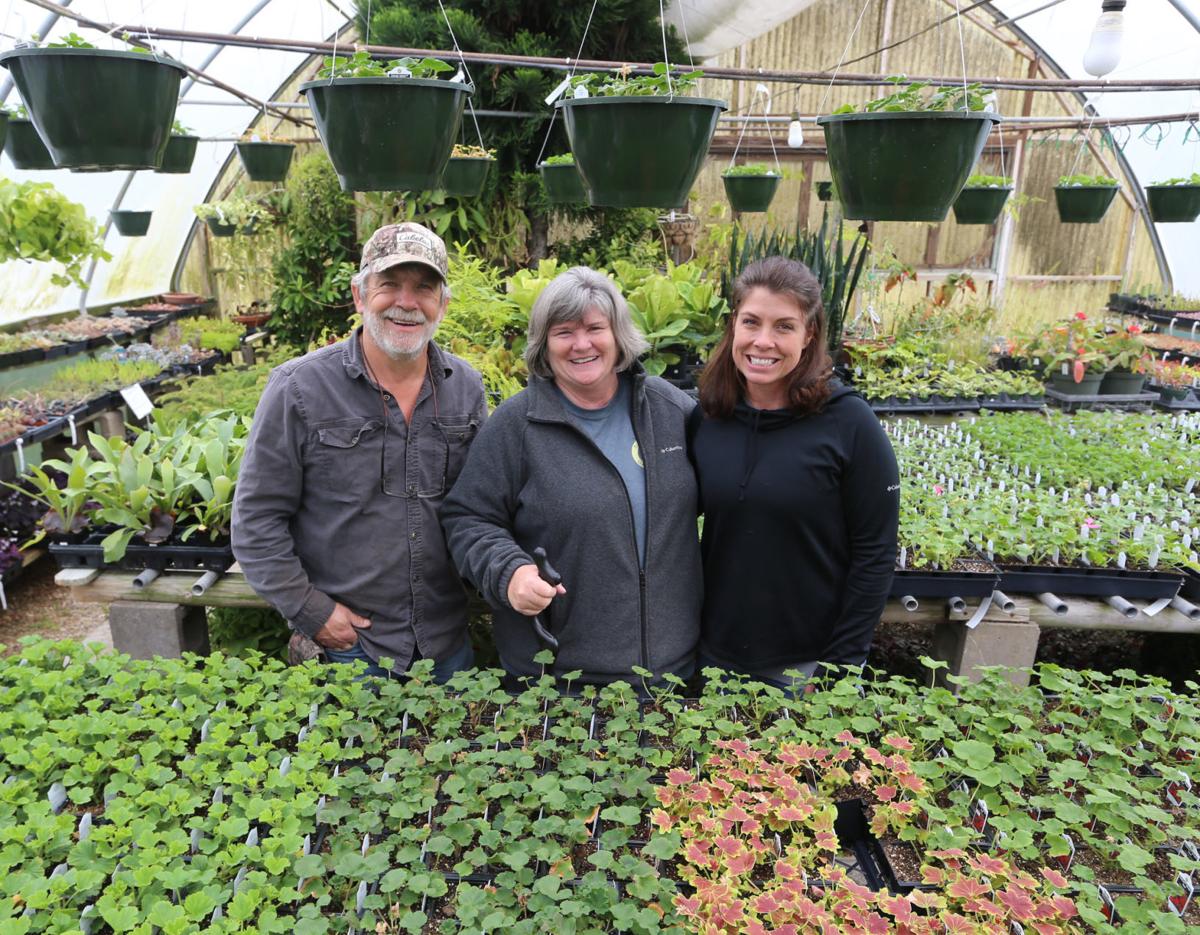 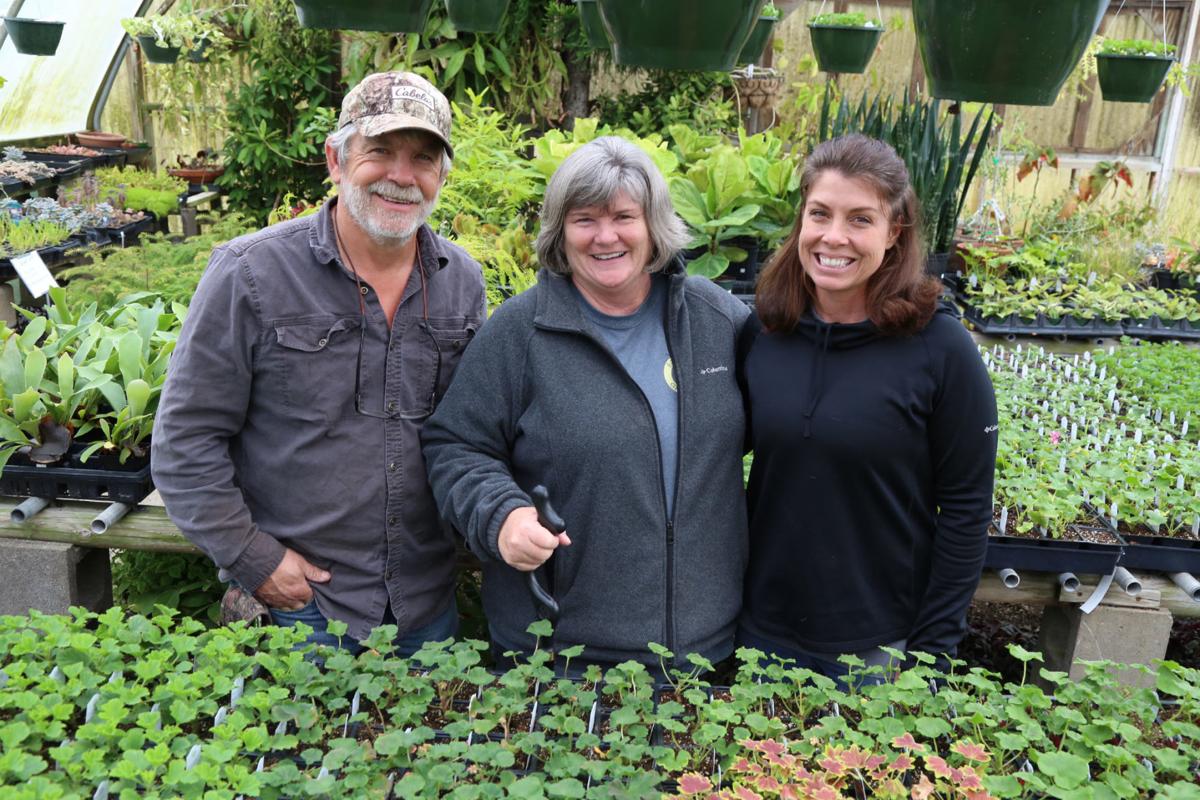 Ashli Robkin grew up in Tyler, which is often called the rose capital of America, but her love for most things green blossomed at her grandparents’ home in Jonesboro, Louisiana, where visits revealed head-high azalea bushes.

“That’s what put passion in my heart,” Robkin said.

She trained in landscape design at Texas State Technical College and received a degree in agriculture science with an emphasis on horticulture from Tarleton State University in Stephenville, she said.

Now she wields her green thumb as the new owner of Bonnie’s Greenhouse, a 1-acre haven for annuals and perennials not commonly found in Central Texas. Since opening in 1981, Bonnie’s has cultivated a devoted following for specialties including hibiscus with “dinner-plate-size” blooms, according to the company website, as well as bearded irises, daylilies and antique roses.

Robkin said she moved to Waco 16 years ago, meeting the man who would become her husband, Gary Robkin, who owns a car lot on Franklin Avenue. She was employed at Bonnie’s for years, agreeing to a purchase when previous owners Sandra and Johnny Killough decided to sell. The Killoughs have agreed to assist Robkin during the transition. Robkin is no hothouse flower, but admittedly needs to brush up on the business side of Bonnie’s.

“I also received an associate’s in business from Tarleton, and I’m having to apply a lot of what I learned as I open new accounts, deal with vendors, secure the best prices for things,” Robkin said. “Sandra is still here, and she’s walking me through the process.”

“She’s young and energetic,” said Killough, adding with a laugh that nothing “creaks or snaps” when her successor tackles chores inherent with running a greenhouse. “You always worry, and you always pray, but we believe we’ve given her the tools and the customers to really just take off.”

Mulling career options, Robkin said she first leaned toward the grunt work, getting her hands dirty developing and growing plant varieties. But she has gained an appreciation for the cabbage to be had on the retail side.

“You can make a pretty nice living,” Robkin said.

She employs three at Bonnie’s Greenhouse and expects her husband occasionally to lend a hand when he is not closing sales on pre-owned vehicles.

Sandra Killough said her declining health factored into the couple’s decision to part ways with Bonnie’s Greenhouse after nearly 12 years’ ownership. Sandra said her affiliation with the little greenhouse that could, and did, actually began 26 years ago. A stay-at-home mom who loved plants, Sandra received a job offer from Bonnie Murphy as welcome as rain on crops.

She and her husband agonized over selling before concluding that running Bonnie’s had become a tough row to hoe, considering her illness.

“I’ve been sick the past couple of years. I’ve got an autoimmune thing going on, and we’re still trying to nail down a diagnosis,” Killough said. “My walking is limited, and owning a greenhouse is a physical undertaking. My husband has been doing most of the work. I have a new doctor, and I’m on a new medication. I have been given hope for the first time in a long time. Maybe I can walk around in my yard again.”

Company founder Bonnie Murphy is now 85 and lives in a local nursing center. Her husband, Charles Murphy, died several years ago. Sandra Killough said she and her mentor, the woman who taught her nearly everything she came to know about propagating plants, remain friends.

“She’s a great woman,” Killough said. “She had a vision for this little business, turned it into a really neat, wonderful place. It started at her home, her address, which now serves as the office. She’d dig up flowers from her backyard and sell them. It was off the beaten path, but people found it.”

Word-of-mouth spread the news about Bonnie’s, Sandra Killough said. It became a destination, a place of whimsy, where peafowl crouched and munched on bugs and regulars flocked to secure succulents, organics, larkspur, peonies, passionvine, begonias, marigolds and hibiscus.

“There was a man here Saturday who said he had been coming to Bonnie’s 37 years. We still have those people, but we also have new gardeners, young people who want to get their hands in the soil,” Killough said.

Robkin said Bonnie’s produces most of what it sells but also has cultivated sources that shall remain secret under her ownership.

Killough said Bonnie’s typically turned customers into friends. Robkin hinted that approach will remain her goal. She also acknowledged that her takeover of Bonnie’s is arriving as she prepares for busy season.

“We’re gearing up for March, April and May,” she said.